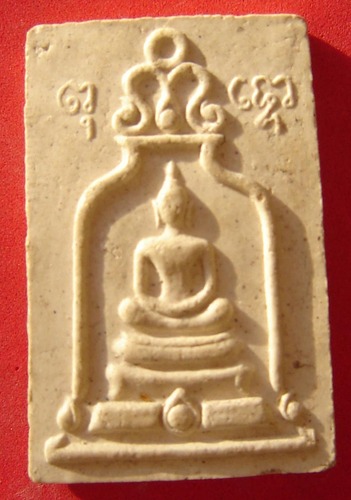 This rare and extremely beautiful Pra Somdej (Pim Sum Rakang) Wat Rakang Kositaram amulet is from Hlwong Phu Nak of Wat Rakang. It is an extremely special edition, for it was made in B.E. 2500, to celebrate the 2500th anniversary of the Buddha Sasana (Buddhist religion). This example is in unused pristine condition, and has been kept safely for over half a Century. 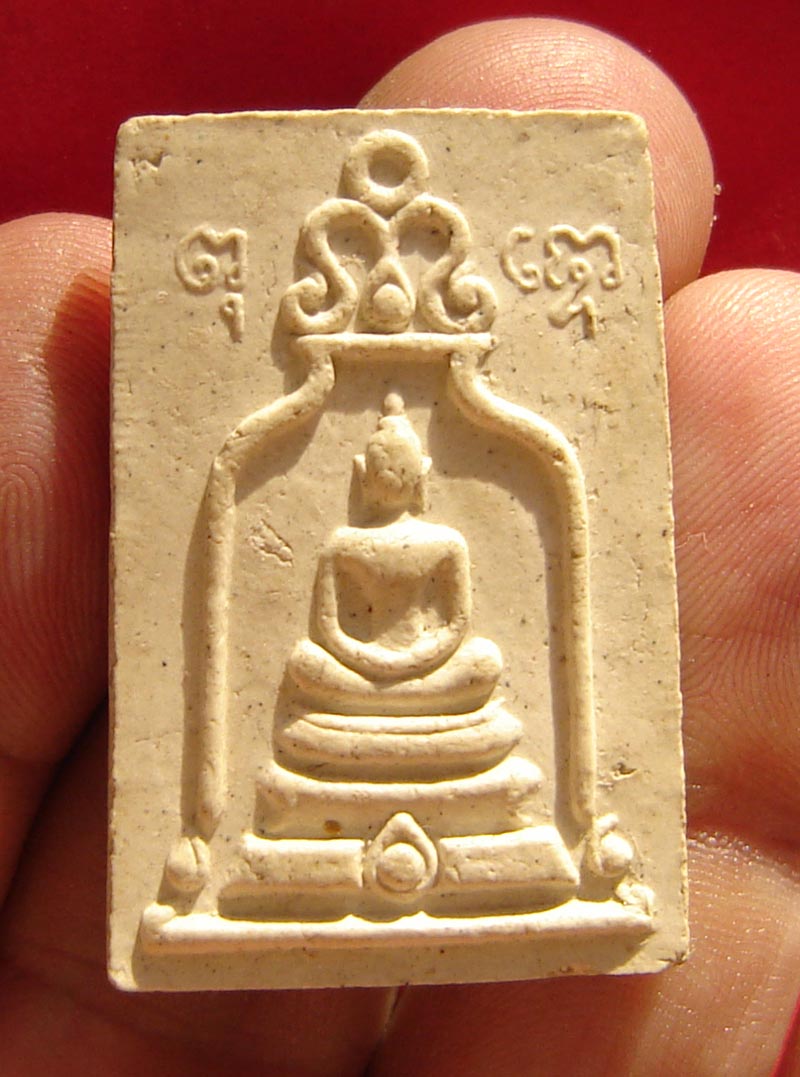 Hlwong Phu Nak is a Gaeji Ajarn (Master Monk) in his own right, and is one of the Masters who still possessed the traditional techniques and methods for the creation of Somdej Amulets as did LP Dto Promrangsri, the original creator of the Somdej Wat Rakang Amulet. 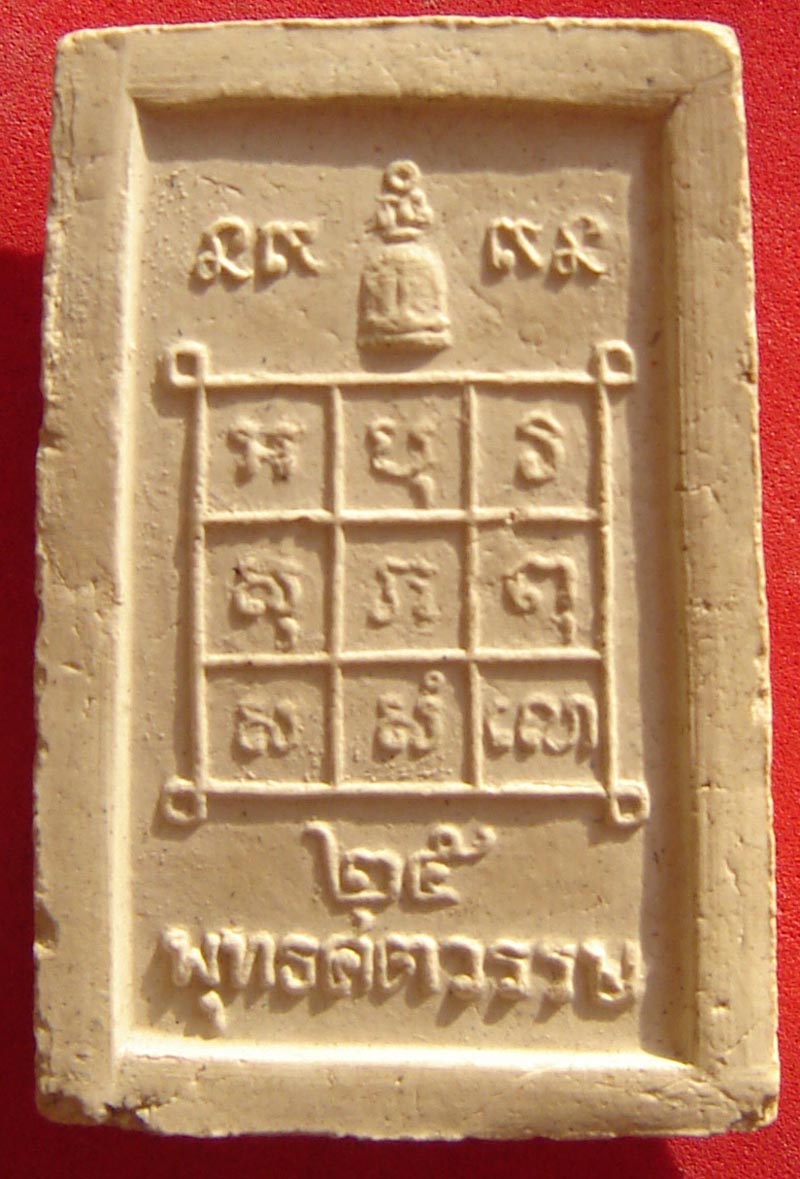 One very strange occurrence is that somehow LP Nak became very famous and popular with both Malaysian and Singaporean collectors, who came and sought out these amulets like crazy and bought them to take home to their countries with them. In spite of this fact, you don't see many of them for sale in these countries because most people who buy them are collectors or faithful devotees and do not wish to part with them. For this reason, the Lp Nak Somdej amulets are predicted to become extremely rare and extremely expensive in the near future, with prices expected to rise right up to the level of the extremely sought after Pra Somdej Bang Khun Prom 2509 edition, which is pictured in the below image. 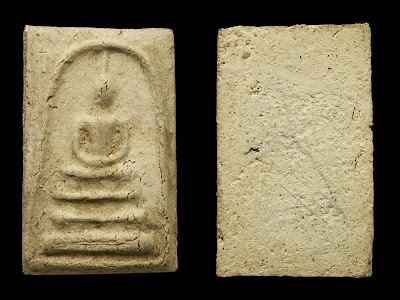 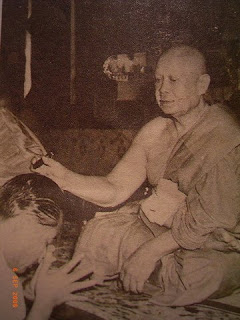 This generation of Somdej amulet is now almost impossible to find easily, and can be considered an extremely desirable and collectible amulet. The sheer beauty of the surface texture of this amulet is breathtaking indeed. LP Nak inherited the Somdej Dtamnan from LP Dto. The LP Nak Somdej amulets are considered to be extremely sacred and powerful and are extremely popular in Thai amulet collector circles.

This amulet had at least thirteen reprints because of the popularity of the amulet. This particular edition is the 6th repressing of 2500 BE
The date of the pressing and Puttapisek blessing ceremony is so important that this fact alone makes the amulet so very collectible and inviting to revere in your home or wear it as 'Puttanussati" (remembrance of Buddha and the Dhamma, Sangha). This is indeed what i would call a real authentic ancient amulet with true sacredness as well as historical and art collection value.
I am not sure if i would rent it, but i have a friend who has two of these who is renting them out. I don't think they will be there for many days longer though as such amulets never remain on the shelves for long. He said he is willing to let one go for about 200$sg, which i believe to be a very fair price indeed for a fifty three year old Somdej Wat Rakang from the hand of LP Nak himself! 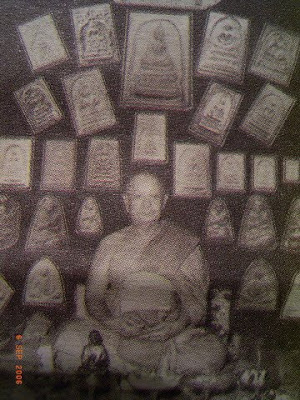 This set of amulets used powder from some original somdej amulets given by Somdej Dto Promrangsri himself. The LP nak amulets are of great popularity because they are a great alternative to the original and ridiculously expensive Somdej Dto amulets, and are considered to be just as powerful and sacred. I believe that the chances of owning an amulet like this are becoming less and less un recent years, and that soon it will be practically impossible to obtain authentic old wat rakang amulets. There are ever more collectors and ever less amulets on the market.
The amulets were made using the following ingredients 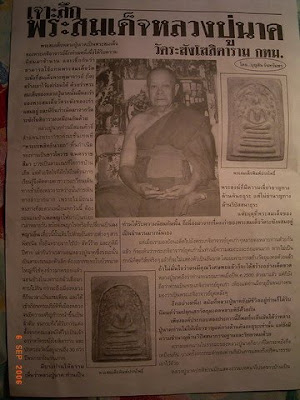 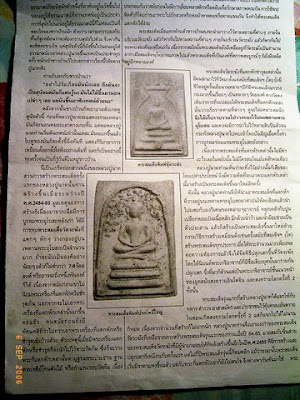 
The Puttapisek ceremony included 108 different Gaeji Ajarn Master Monks, who were invited from all the provinces of Thailand, to chant and empower the amulets.
This set of amulets used powder from some original Somdej amulets which had been accumulated from devotees bringing broken amulets and placing them in the temples (a traditional belied in Thailand that if an amulet breaks, you should go place it under a tree in a temple). A great number of Wat Rakang amulets had been collected, and these ultra sacred artifacts were then broken up and mixed in along with a load of Somdej Wat Rakang amulets which had been found in the roof of the Temple and then used with the rest of the original Somdej Wat Rakang amulet mixture.


Because of LP Nak using these special extra ingredients, as well as his faithful adherance to the system of making Pong Puttakun used in the amulet cement as taught by Somdej Dto Promrangsri himself, these amulets made between 2485-2500 have become extremely attractive to faithful devotees of Somdej amulets for the simlke reason that this generation of amulets contains some of the most sacred substances available, which are almost impossible to find in amulets made after this date, be they from Wat Rakang, or elsewhere.

The LP Nak amulets are of great popularity because they are a great alternative to the original and ridiculously expensive Somdej Dto amulets, and are considered to be just as powerful and sacred. I believe that the chances of owning an amulet like this are becoming less and less un recent years, and that soon it will be practically impossible to obtain authentic old wat rakang amulets. There are ever more collectors and ever less amulets on the market.
Save this product for later