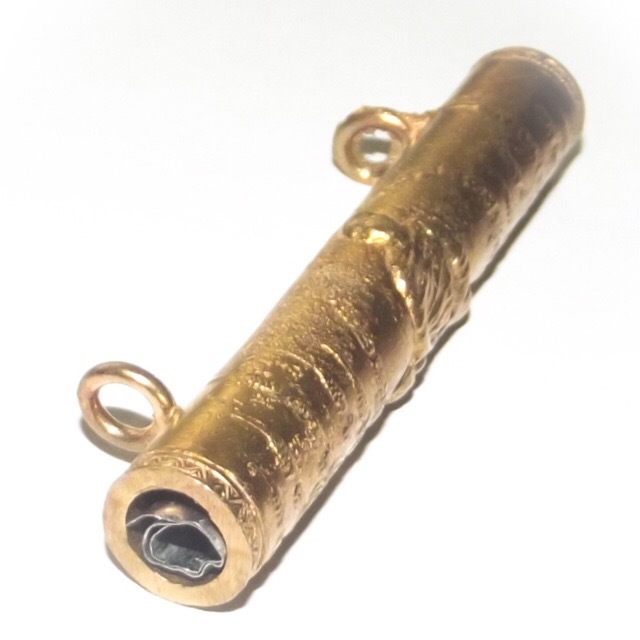 Luang Por Raks (alternatively called ' Luang Por Luck') is one of this Century's new Arya Sangha and Gaeji Ajarn, who is becoming every more prominent, as his merits become noticed in all the Regions of Thailand.

His amulets are of the finest and most fairly priced, empowered by this and other monks of only great purity. Luang Por Raks is Famous for his Immortal Saying 'Powerful or Not Powerful, depends on the Mind Itself". This means of course "The True Power, comes from the Mind, and From Faith". 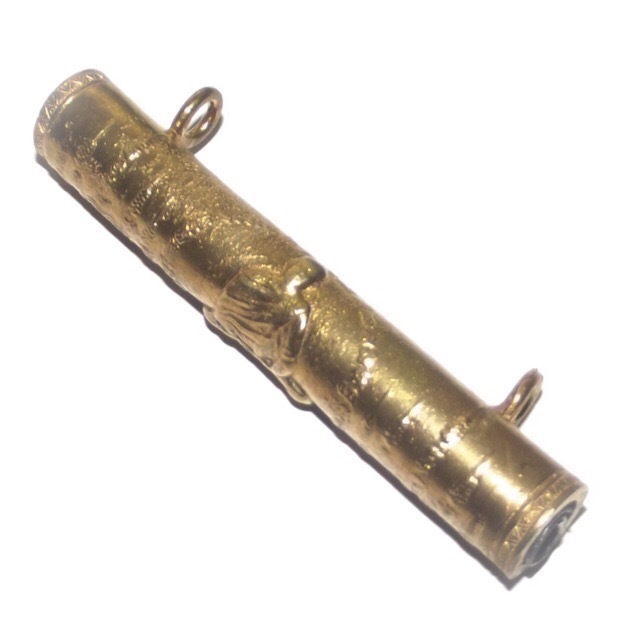 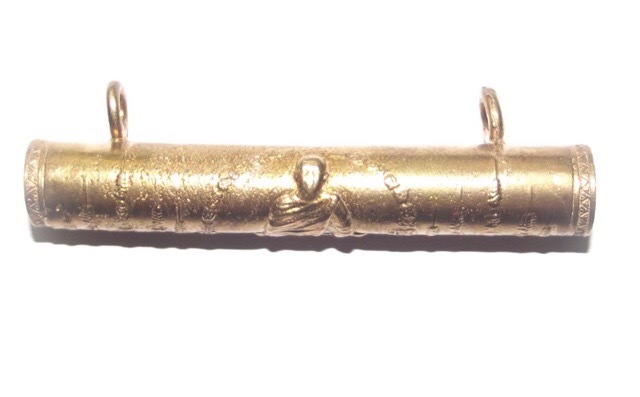 So many of Luang Por Raks' amulet editions have recieved great attention and many cases of positive experience with his amulets has caused Luang Por Raks amulet to look like they are going to become some of the Most Prized Classic Buddhist Amulets of the Future, and whose spiritual and collector value is almost certain to always rise, and never lessen. 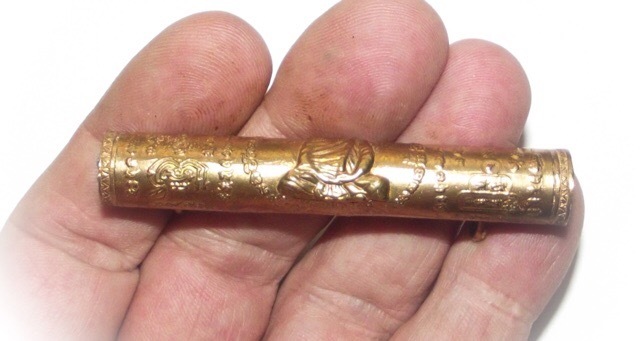 This is also one of the blessings of making Bucha to Luang Por Raks amulets, is that wealth will always increase and never lessen. You can listen to a Narrative from Ajarn Spencer Littlewood about this Takrut in the below youtube video. 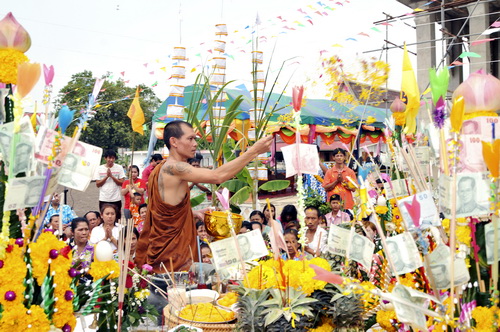 Luang Por Raks is an Able Master when it comes to the various Types of Empowerments possible with amulets, be it Metta Mahaniyom, Klaew Klaad, Maha Sanaeh, Choke Lap, Maha Ud, he has a method of empowerment equally potent for all of the Major Buddhist White Magic Wicha. 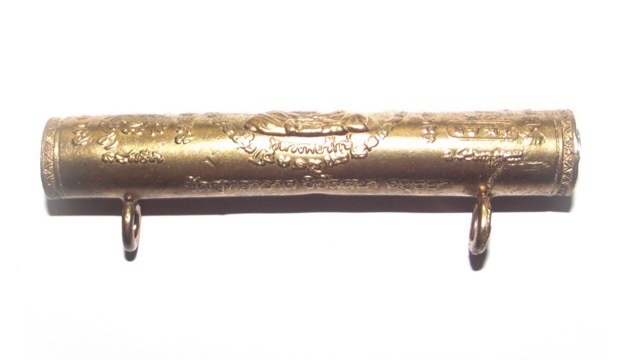 LP Raks amulets are now rapidly getting the interest of official collectors and those who define the standards of the collector scene, and it looks as if it is a very wise idea to get his amulet whilest they are still of a very affordable price and still available. 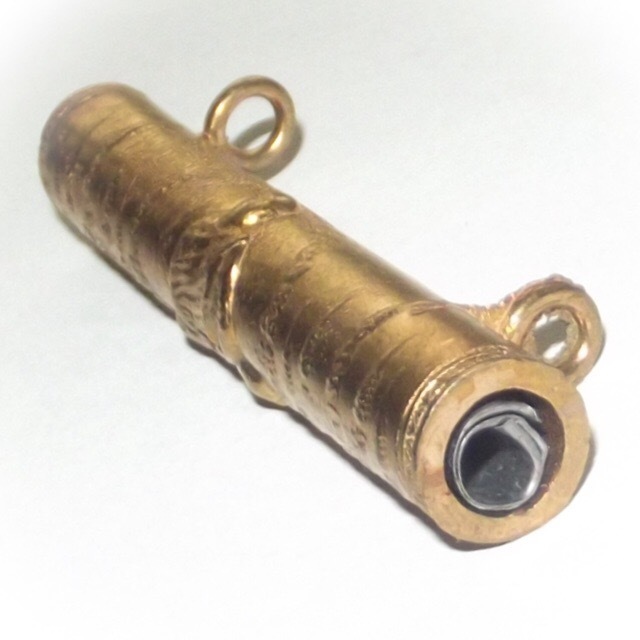 The quality of Artisanry, and the Purity of the Monk who empowers them is worthy of Bucha and the Beauty of the Fine Buddhist Art design applied is always first class, and collectible in itself simply for its beauty. We seriously recommend and advise our Customers and readers that this is a Master to Watch out for, whose amulets may not always be as available as they are in the present time. 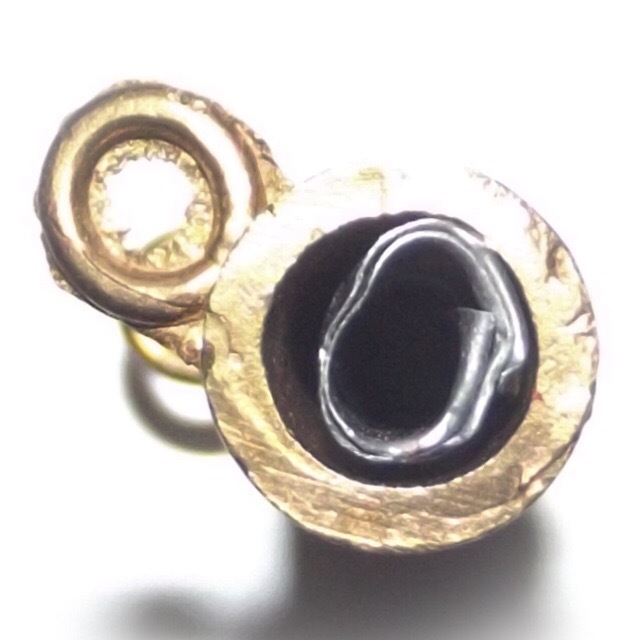 Luang Por Raks is seen incredibly often on almost all Major Puttapisek empowerment Ceremonies around Thailand, in addition to those he makes for his own amulet creations.

The Takrut is a form of Talisman or Amulet, which dates back hundreds of years in History, and was originally popular as a Kong Grapan Chadtri and Klaew Klaad Protection amulet for Warriors. The Takrut, is in essence a Scroll Spell made using the Inscription of Sacred Geometry and Khom Agkhara Lettering. The materials used for Takrut were and still are manyfold, and could be made of gold, silver, or bronze metallic foil, animal skin, or even parchment.

These scrolls would then either be worn by threading a cord through them (for in olden times there was no steel capped transparent tube or waterproof casing), and sometimes, inserted within a protective exterior, also made from Sacred or Magical Substances, such as 'Mai Phai' bamboo, or even a Cast Metal Decorative Tubular shell, which is also known then as 'Takrut Hlor Boran' which means 'Ancient Cast Metal Takrut'. 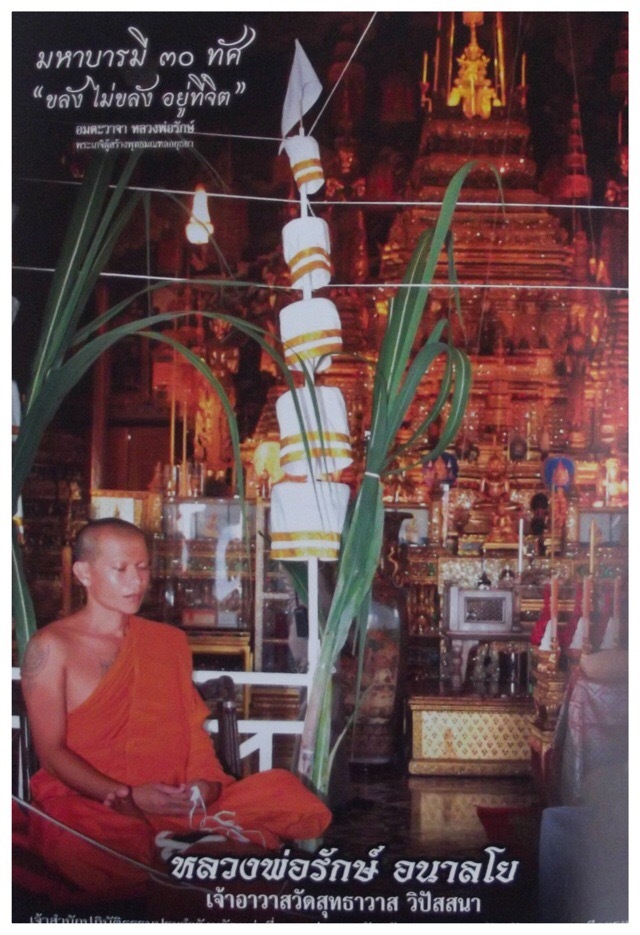 Because Olden Days were full of Wars and different small Kingdoms battling with each other, it was most common to see Takrut made specificaly for Kong Grapan Chadtri and Klaew Klaad Protection. This can be seen to be highly evident if we admire the statue of King Naresuan maharach at the Naresuan University, which is an image of Pra Naresuan Maha Rach (First King, and Founder of the Unified Kingdom of Siam/Thailand), who is sitting on a throne, and wears a chain of 16 Takrut Solos over his breast and back, as protective magical Armour.

Nowadays, in times where less people have to go to War, and less local battles and local disputes have brought us into an Era where the problem is not the danger of War, or Deadly Enemies, rather, the New Problem is Economical. In these times where life is becoming ever more expensive and we are having to spend higher and higher sums to stay afloat, and where money is becoming ever harder to find, it is essential to get some luck and fortune to advance financially. These days, liberation comes with wealth, not with Martial Power. People need help with their Economies more than they need protection in War. 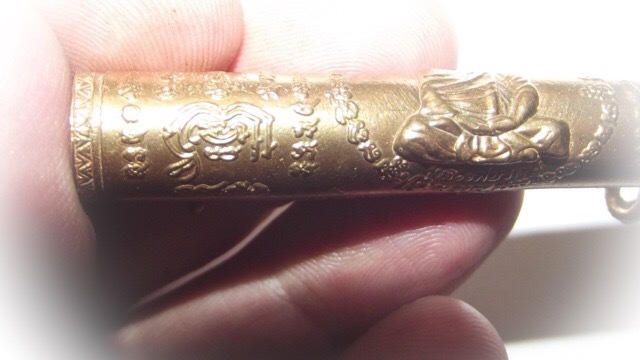 Hence, the Modern Era has seen the Takrut to become ever more popular for Maha Pokasap, Metta Mahaniyom, Maha Lap, and Maha Sanaeh - which are all much more relevant for the present age.

The Takrut Maha Pokasap Luang Por raks Analayo is made in the classic Takrut Hlor Boran Song Huang method, which is composed of a Leaden Yantra foil scroll hand inscribed by the Master, inserted within a brazen metal Takrut tube shell, with two hoops for threading the 'Chueak Kart Aew' waist-cord through and wearing on a belt. 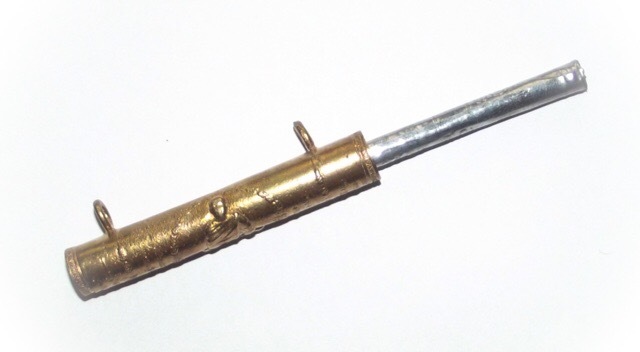 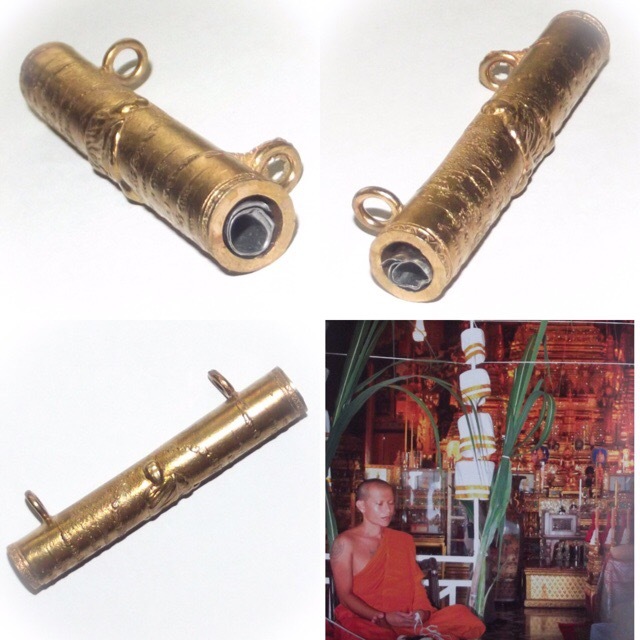 It is forbidden to shout at or insult your Parents in this edition, as is usually the case with all Buddhist Amulets. But especially this Takrut, because it is empowered with the syllables Na (Water Element and also the Root Elemental Syllable of Mother Element) and Mo (Buddhakun Element and simultaneously also the Father Element). The Parents are considered the Arahant of the Household, and it is the parents who raise us and feed us and teach us. Parents are sacred in Buddhism, and should be treated with Reverence.

Being a Buddhist Takrut with Buddhist Blessings, and Void of Black Magic, the Takrut can be prayed to using the usual method for all Buddhakun Amulets, namely using the Maha Namasakara (Namo Dtassa) and the Kata Aaraatanaa Pra Krueang

Kata Aaraatanaa Pra Krueang is a Special prayer to ask blessings and wish fulfillment from all types of Buddhist Amulet. Because this Prayer calls upon the triple gem to bestow blessings, it is also possible to use without any Amulets at all, empowering results purely with the power of prayer and faith.

Make a Wish... and Continue with;

Chant this Kata 3 times whenever you are about to place the chain over your head or put on the amulets, and also when you take them off. The Kata calls upon the power of the Buddha, Dhamma and Sangha to be with you and protect and Guide you. 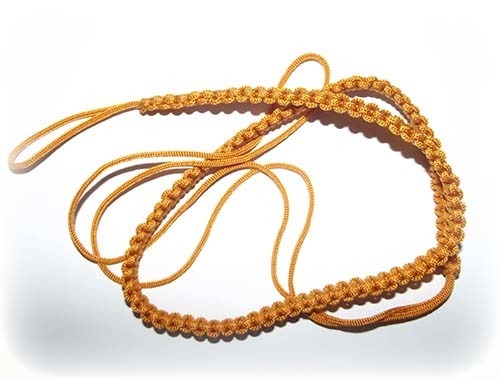 You can order a Chueak Takrut Kart Aew waist cord belt in plaided woven cord for your Takrut to wear around the waist if you wish, by selecting the option when purchasing this amulet. Using this option you get it at a much lower price than the standard retail price, at only 5$! Colors may vary from yellow, red, brown, or black. Please state in order comments if you have a preferred color.