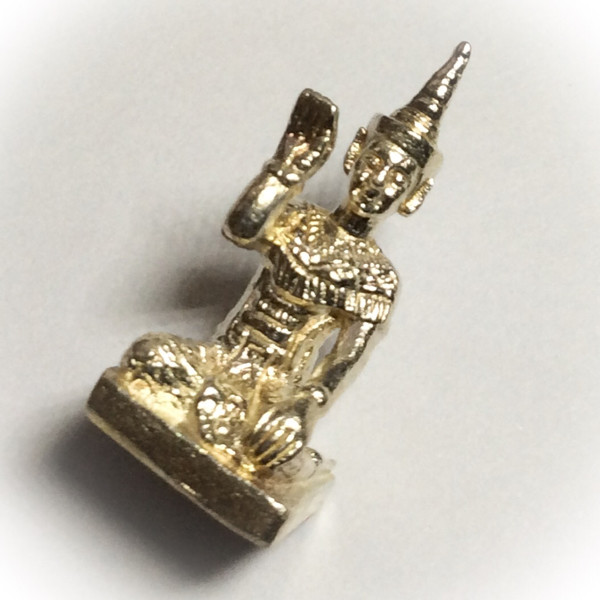 First edition Nang Kwak Merchant's Daughter Deity in solid silver as Miniature Statuette for Portable wear for riches and increased Business success. Ajarn Prasut is currently considered one of the most powerful Masters of riches amulets and love charms.

This year for the Wai Kroo 2554 Master Day Ceremony to make Bucha to the Kroo Ba Ajarn, he created the Nang Kwak Manorah amulets and Bucha statues, in typical Southern Thai Manorah style, and also made some in the ancient Nakorn Sri Tammarat style of Buddhist art from the very early Eras of Buddhism in Siam. This example is in typical Manorah Costume with 'serd' crown headress, and the Kinaree flared tail at the rear. The amulet is a miniature and extremely difficult to produce such detail in this size.

The Nang Kwak Manorah amulets and Bucha Statues were made in 2 ancient SouthThai styles; 'Nang Kwak Manorah' in the typical Southern Thai Performance Art Manorah costume with Kinaree Tail and 'Serd' Crown, and 'Nang Kwak Boran Silapa Nakorn' (Ancient Nakorn Sri Tammarat period art). The amulets were made in 'Jiw' size (miniature Loi Ongk statuettes) in various materials, as well as Bucha statues, with the top of the line being a hand painted Nang Kwak Manorah statue in tri-color (red white and blue for Thailand). 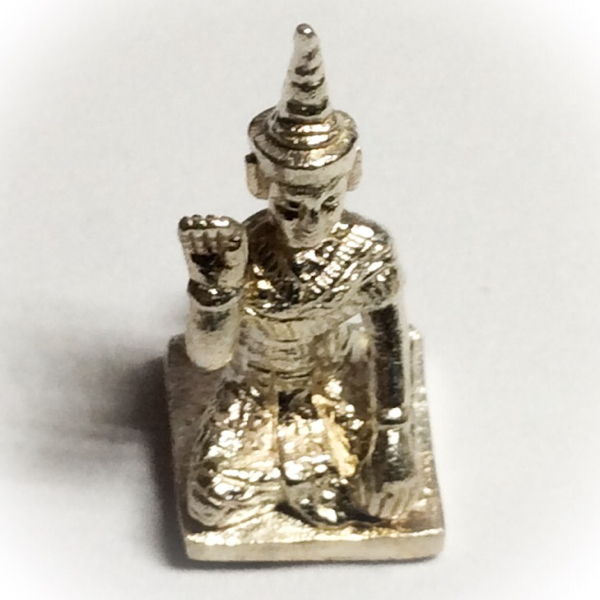 This is a perfect amulet for ladies or a child for its very small size. High standards of artisanry is responsible for the high quality finish of the amulet. comes in original box from the temple. Made for the 2554 Wai Kroo Ceremony. 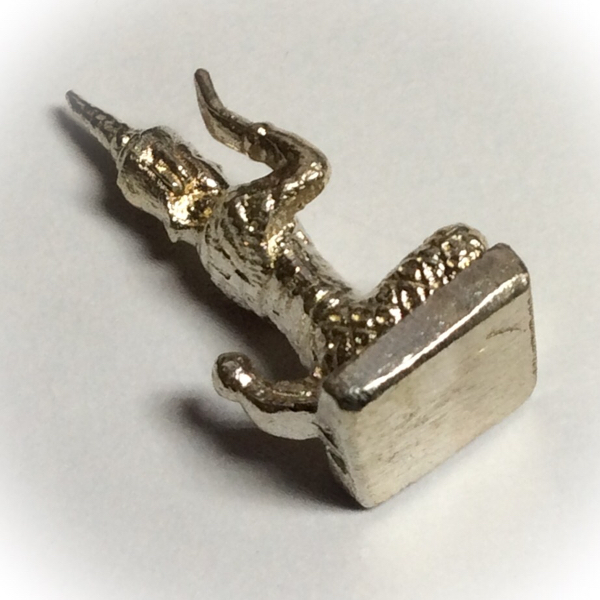 As far as Magical empowerment and sacred ingredients to compose the amulets, they are incredibly beautiful pieces of Buddhist Art, which are most definitely destined to become both 'Pra Niyom' (preferred amulet of the official collectors catalog list), as well as a rarity, due to the low numbers made. 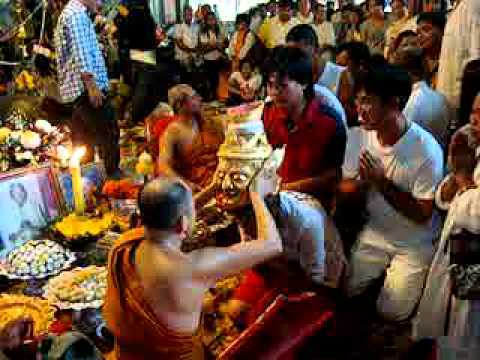 These ones made from Pure Solid Silver (Nuea Ngern) were only issued in the Gammagarn Sets (180 silver amulets for the 180 sets made). The Gammagarn amulets all have a special 'Na' code marking on the amulets to differentiate them from the normal issue line of amulets. Only one in stock. 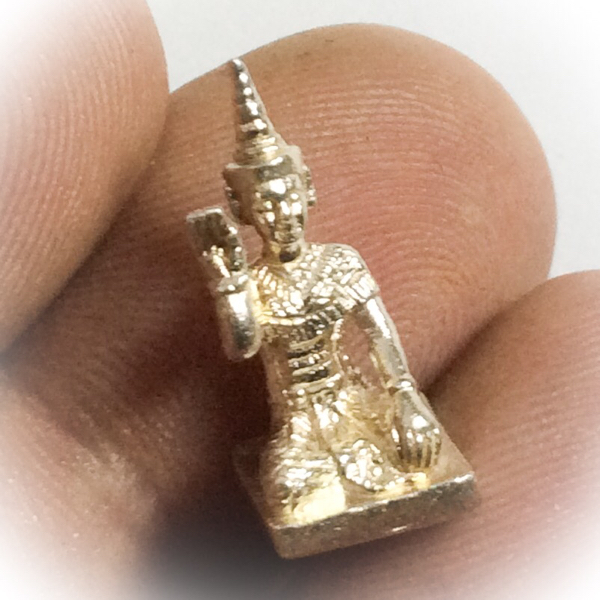 Nang Kwak is one of Thailands most commonly seen Deities. Her image is given offerings and prayed to, in order to increase wealth and business prosperity. She is a Deity revered by Merchants in both India and Thailand, by both Brahman, and Buddhists alike. 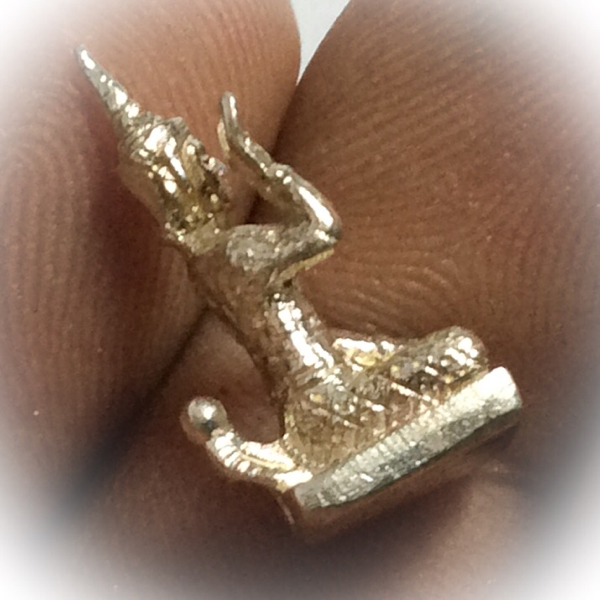 Nang Kwak is the helper of all shop-owners and merchants. She is normally seen placed on a high shelf (normally a wooden or red and gold lintel, called ‘Hing’ in Thai) and offered “Nam Daeng” (a red syrupy drink, often used in Bucha offerings to Deities in Thai Buddhist practice). Also, Incense, and flower garlands are offered to please Nang Kwak, and bring customers and make sales.

Kata Nang Kwak is used when paying devotional merits to Nang Kwak, who is used in the place of business to increase the amount of customers and sales you may ingress. Nang Kwak is a very popular magic cloth Yantra used in most business establishments in Thailand. You can also see Nang Kwak worshiped as a statue . 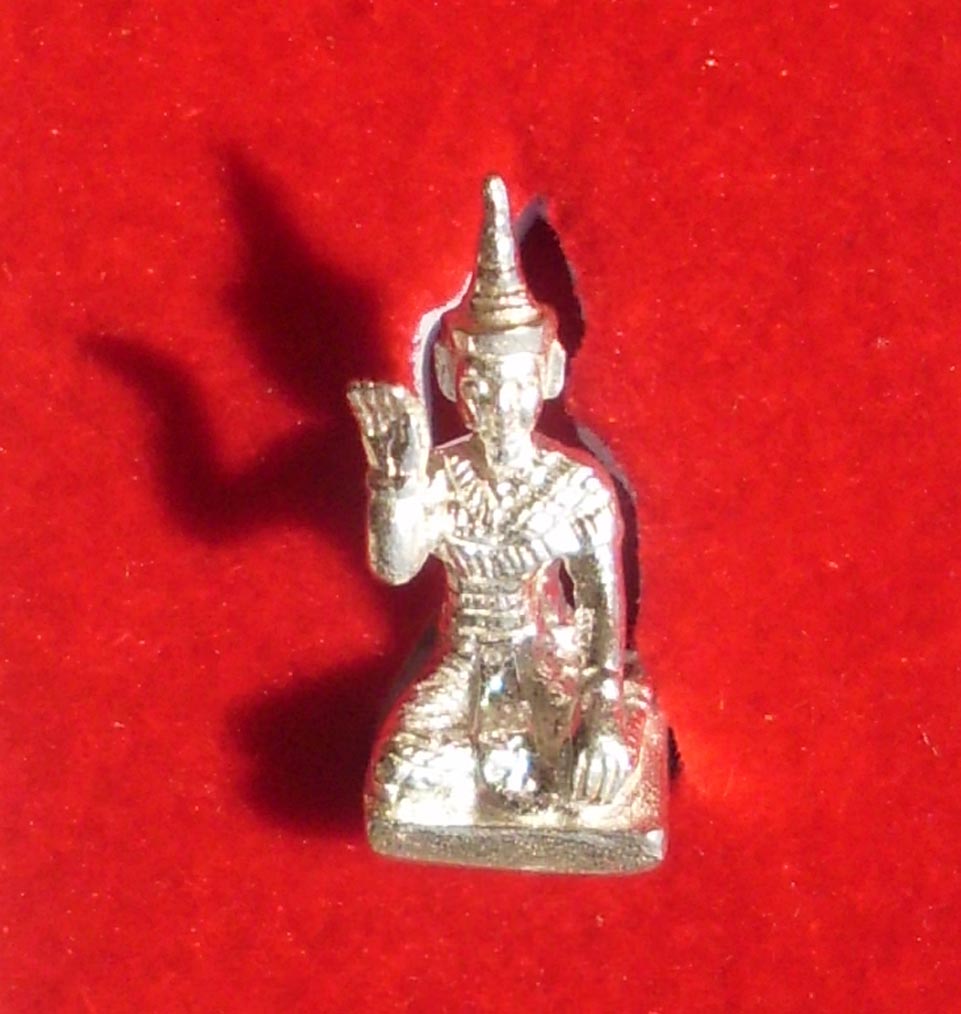 Released in Ajarn Prasut's now famous and extremely rare 'Wai Kroo 54' Edition which was the first time ever in the History of Wat Nai Tao (and indeed one of the only times such an event has been performed for an amulet blessing), that the Ancient Manorah Ritual was performed in Wai Kroo, using all the Ancient Methods of this disappearing form of Southern Sorcery. This edition was spearheaded by the Ultra rare Nang Kwak manorah Statues and Amulets in Silapa Nakorn (Ancient Srivichai Buddhist Artistic style).

Below are images to document this edition 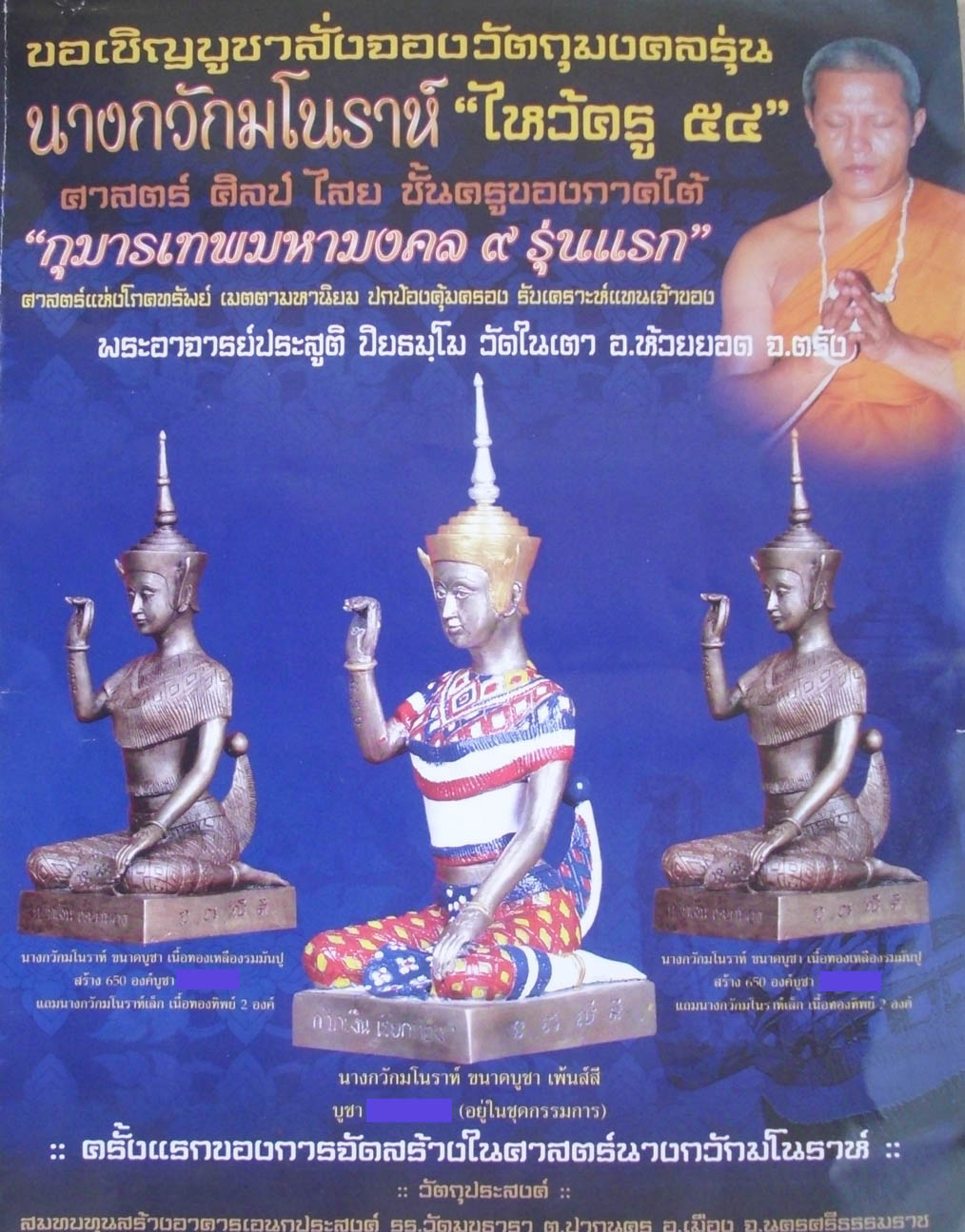 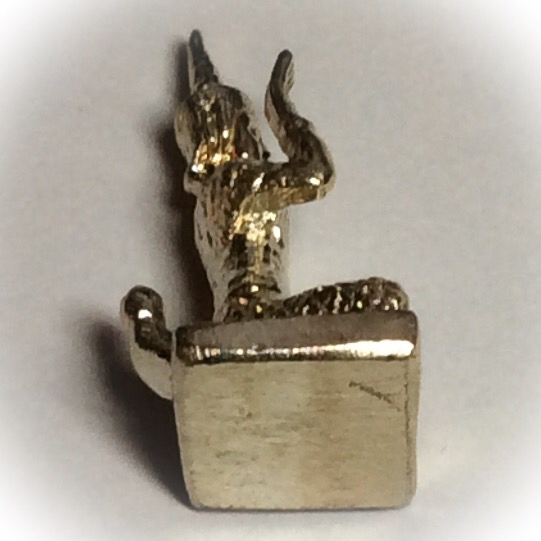 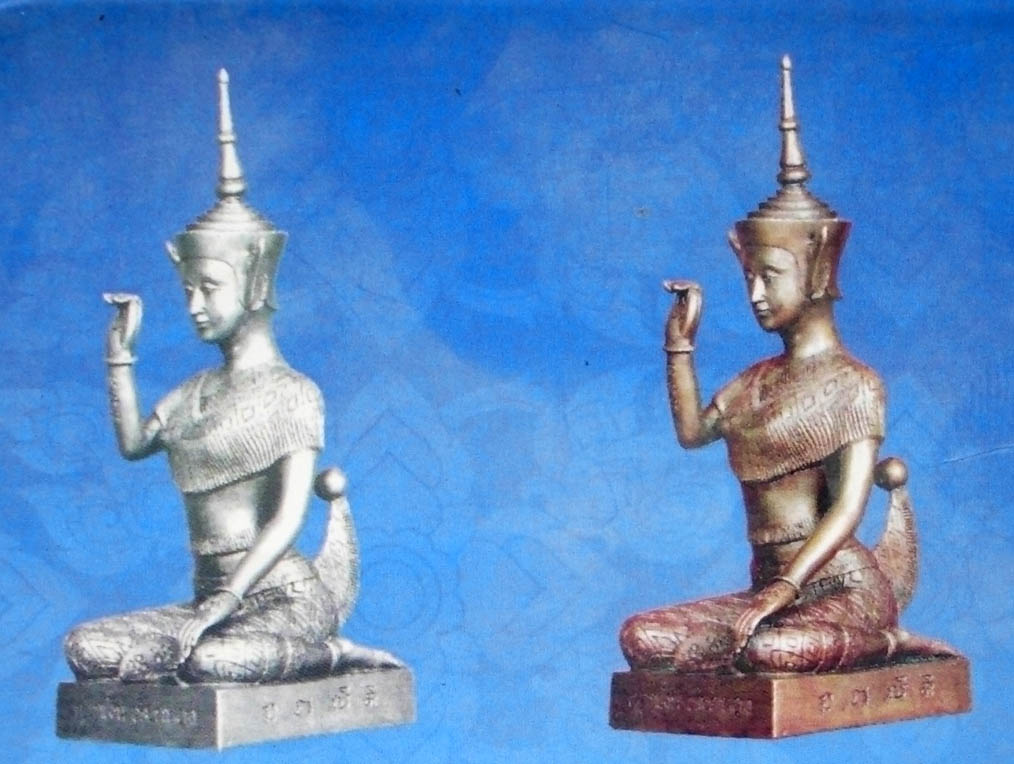 How to Rever Nang Kwak

To Bucha Nang Kwak, One should use 5 incense sticks and offer flowers (preferably jasmine), red syrup drink (‘Nam Daeng’). Some water, and also some sweets and rice as offerings. 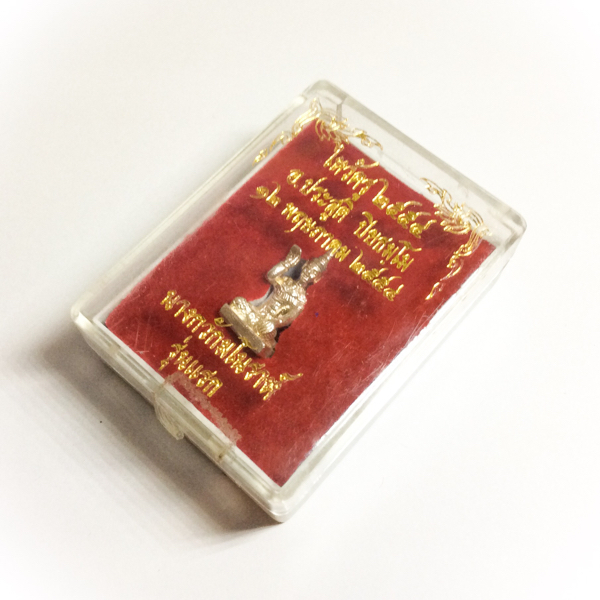 Use this Kata when you are going to sell things, or in your place of business in the morning. Here is a slow and clear pronunciation of the above text, exactly as it is written;