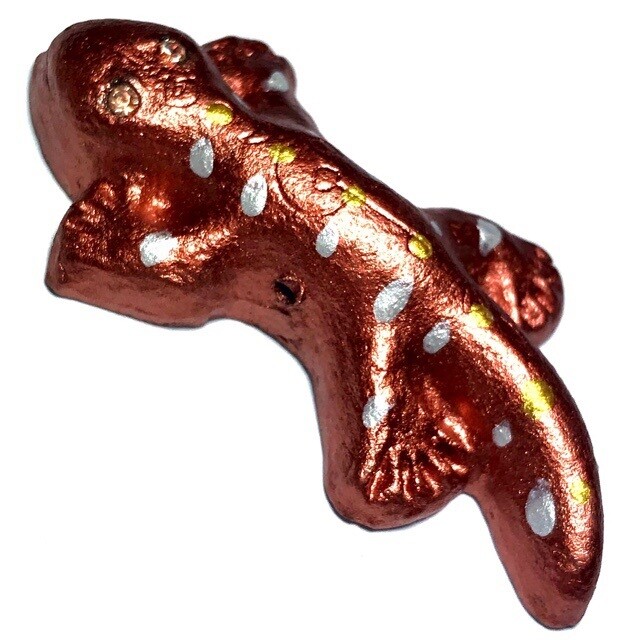 Magical Gecko Metta Maha sanaeh / Choke Lap amulet by the current Master of this Wicha, Luang Por Lum, of Wat Samakee Tam. Made from 'Din Aathan' (earth powders from. sacred and powerful places). Luang Por Lum was apprenticed in Magical Wicha to the Great Luang Por Kreun (Pra Kroo Kosita Tammasarn), of Wat Sangkositaram (Supannburi), whose famous Gecko and Tugkhae lizard amulets are of highest esteem. He would travel back and forth to learn more and more from him during a period of time. Luang Por Lum was the only person lucky enough to get this chance to learn Magical Wicha with Luang Por Kreun, whose Jing Jok and Tugkhae lizard charms are the most powerful of all Thai Gecko amulets. Geckos ward off black magic too as an extra blessing. 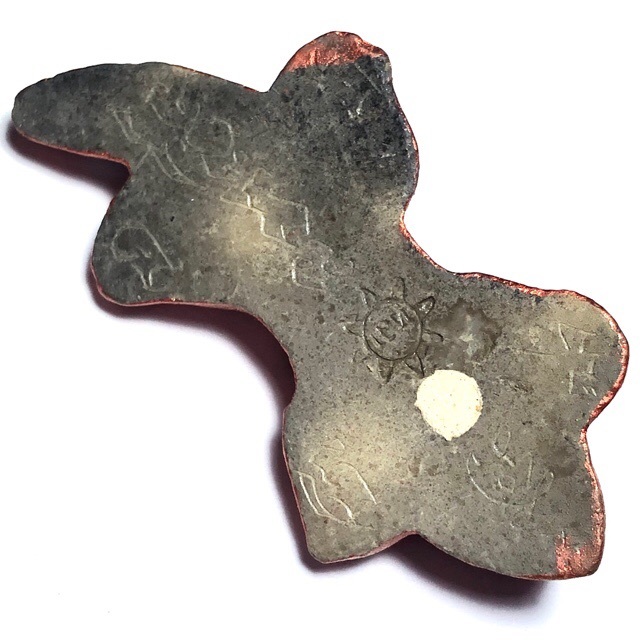 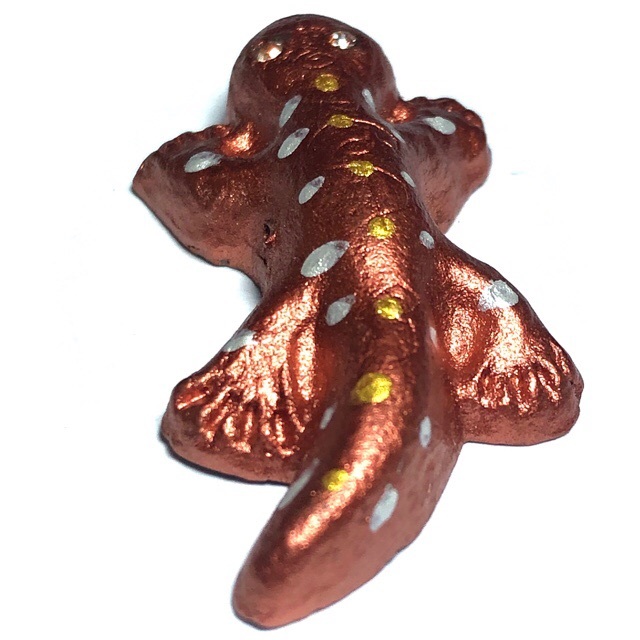 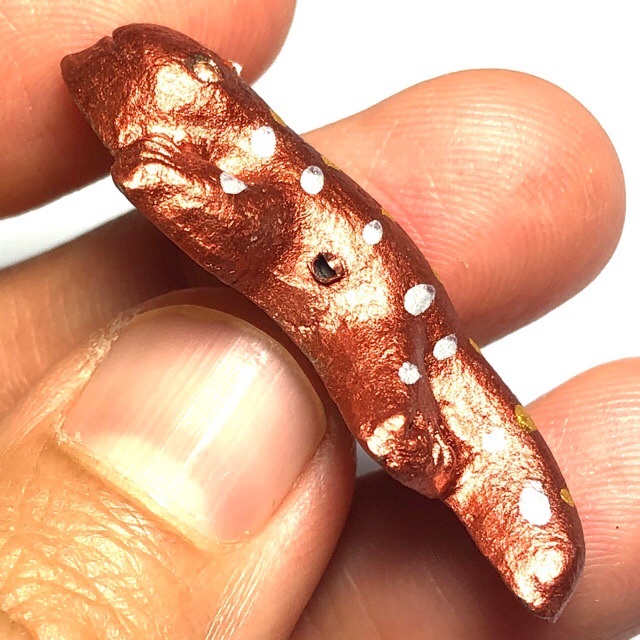 He said most old Kampir (Grimoires) of Magic were all in Khom scripture, so this was an essential part of the Magicians armory. One day, a monk came to the temple and said that Luang Por Kreun was calling for him, and he must rush to see him. When Luang Por Lum arrived and entered the Hut of Luang Por Kreun, he saw that the monk was not going to live much longer. LP Kreun sad that he had been thinking of Luang Por Lum and his great ability in meditation and Wicha Khom, and that although he wasnt attached and worried about magic, he did worry that the Wicha of the Tugkhae lizard was a Wicha that still had no Heir to cvontinue its existence in the world. He then began to teach Luang Por Lum the Wicha Tugkhae, and taught him to Chant and focus on the Kata Tugkhae all night until he became fluent and comfortable and in absorption with it. 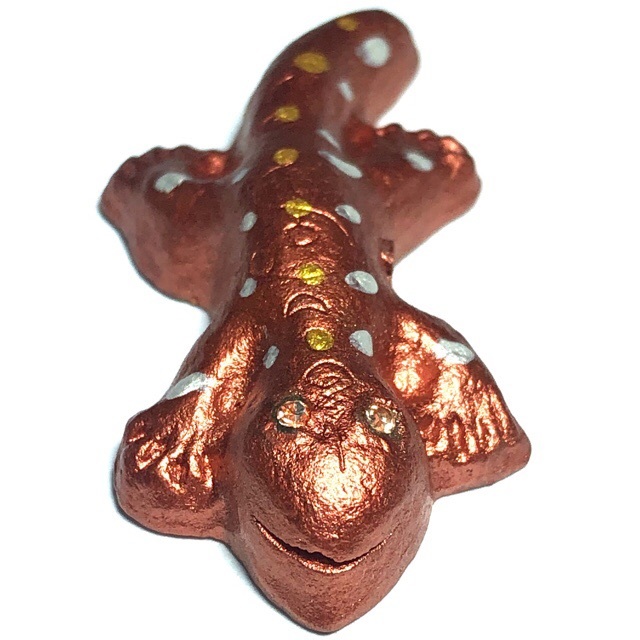 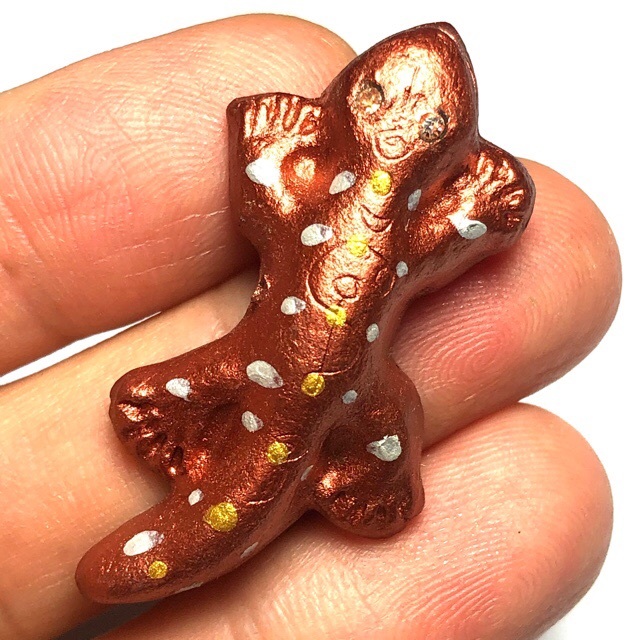 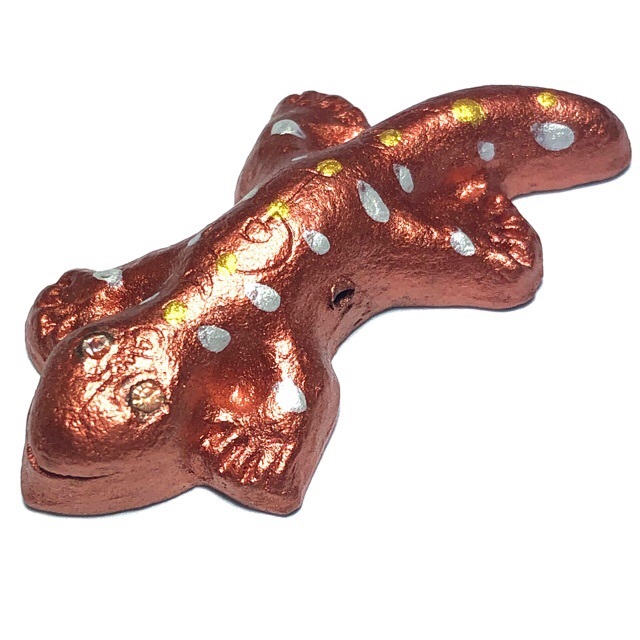