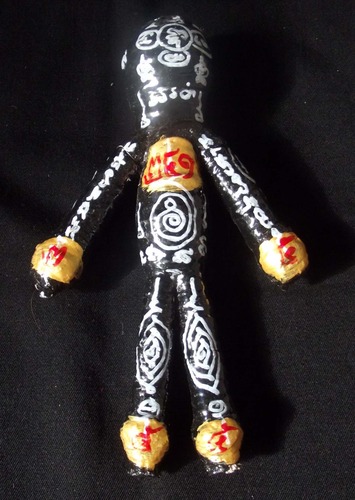 Luang Phu Bpun is an Isan Master who has practiced Tudong Forest wandering since his yound days as a Samanera, and still practices the Tudon forest path to this day in his old age. A Master of Wicha Akom, he received many Wicha from his Dhammayut Masters, and is a living inheritor of various Wicha of Great masters, including Luang Phu Man Puratto, Ajarn Fan Ajaro, Luang Phu Tet, Luang Phu Phang, Luang Phu Hwaen of Wat Doi mae Ping, Luang Phu Si, Luang Phu Dun, and Luang Phu Khaw of Wat Tham Glong Plae. 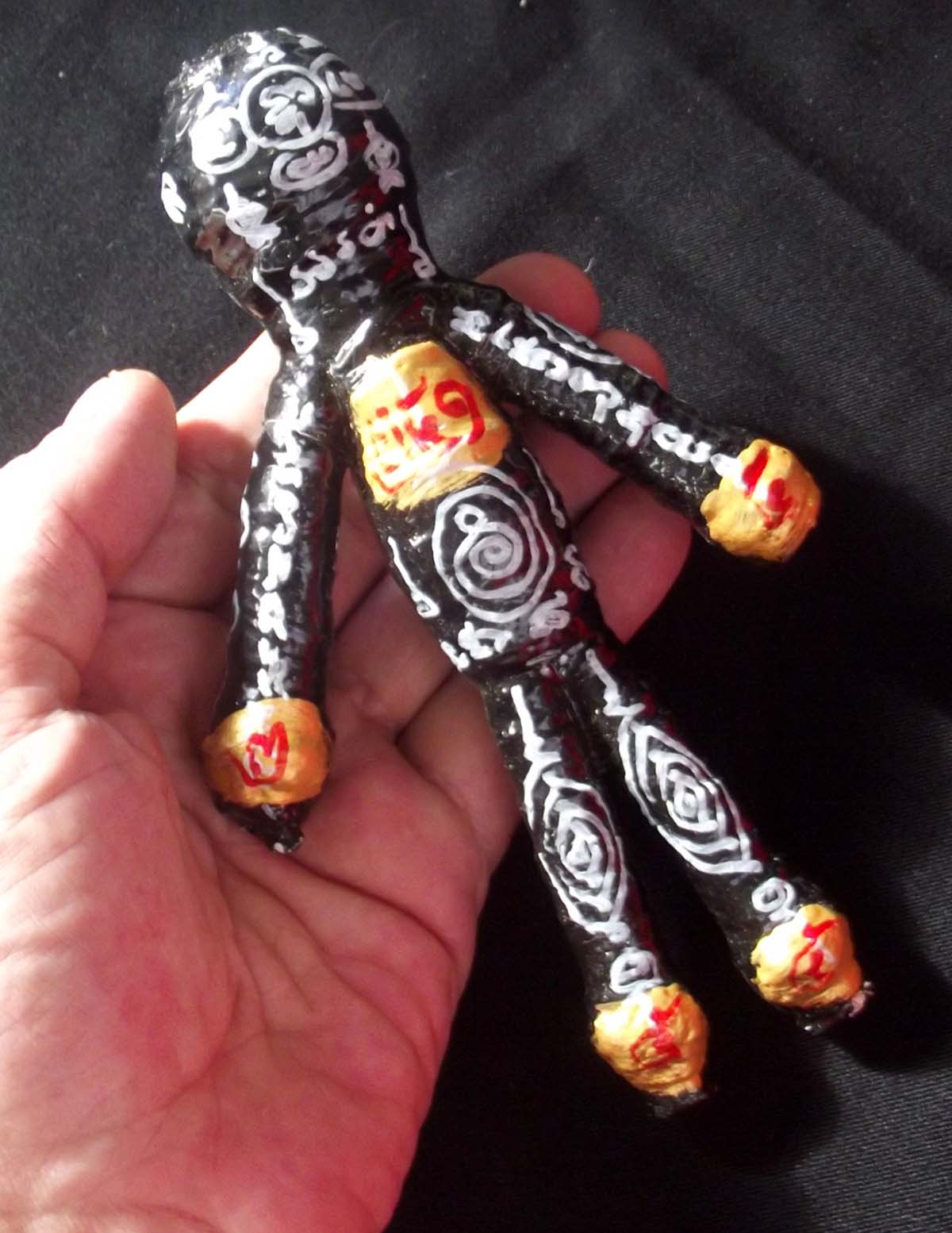 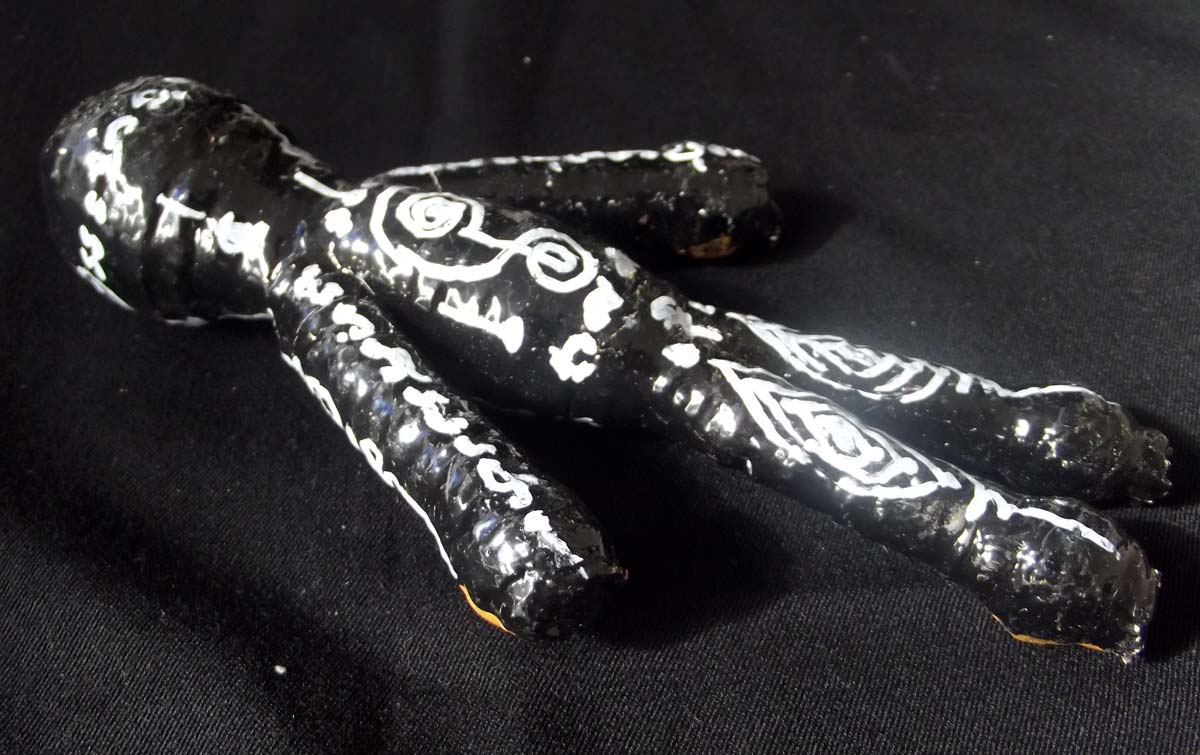 The Hun payont of LP Bpun has caused many stories of success and strange events, to support the beliefe in their effectivity, for example the fact that a motorcycle was stlen and then returned to the owner within a week by the thieves, who then ran away, and that this did not happen to just one person, but in fact, has happened on 8 separate occasions till now as far as reports flowing back to the temple can show. 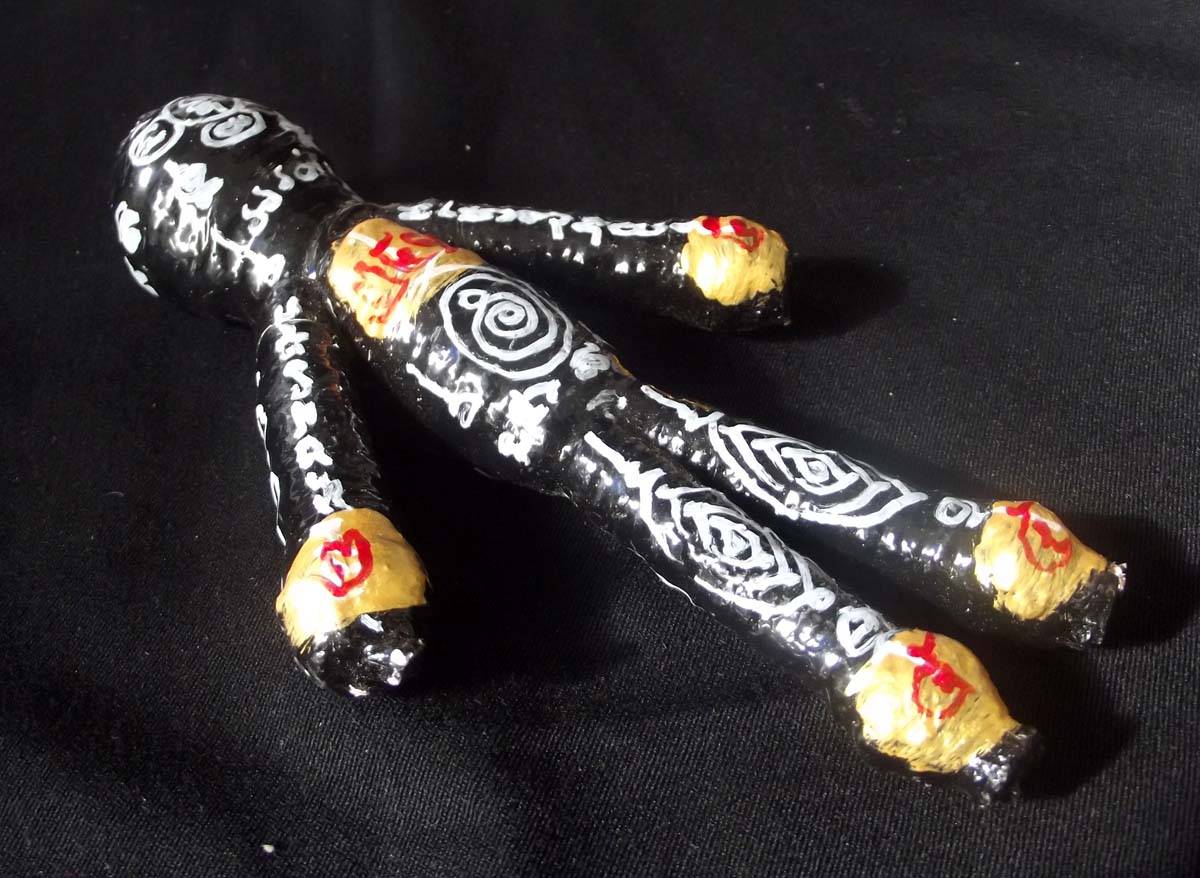 A Professional Gambler from Hong Kong went to frequent his favorite Casinos, and had so much consecutive success in all the houses, that he was given the nickname of 'He who wins as if he is cheating, but does not cheat'

Luang Phu Bpun is very precise and diligent in his making of Hun Payont, taking a whole year to prepare them, empowering each Hun Payont one by one individually in each stage of the process. His deep and focuse meditative ability and powerful Kata Akom are second to none,  The Hun Payont Dtua Boran of Luang Phu Bpun is probably the most powerful Hun Payont to be made in the Current Modern Era, with its truly ancient Wicha from a Long Lineage of Great Masters, and empowered by a Monk of undoubtable Meditative Powers and Powerful Spell casting ability. 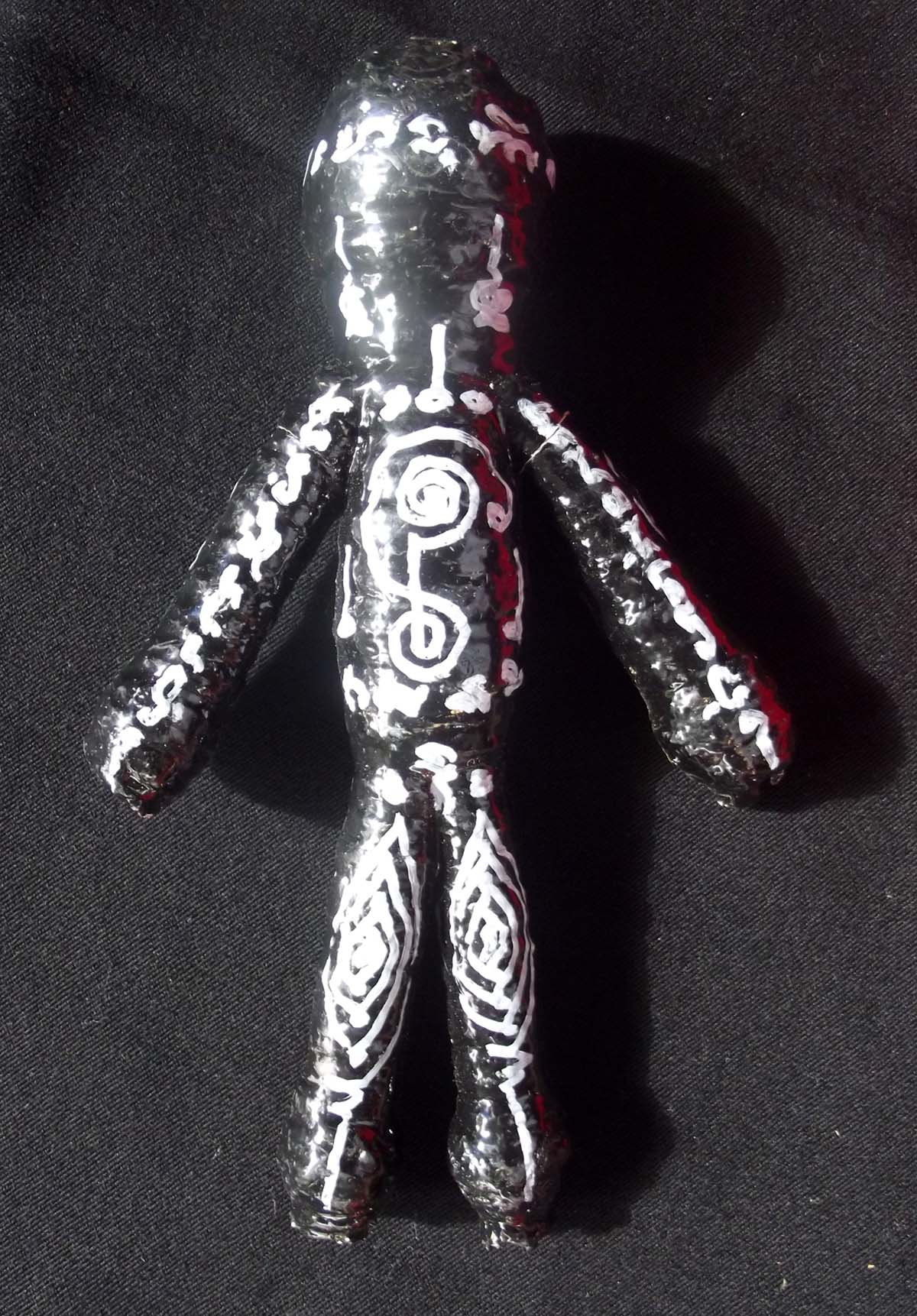 The Hun Payont began by cutting 'Yaa Kaa' (the straw used for roof laying) found growing in 7 Cemeteries, and lay it out to dry.

The Yaa Kaa was then bound into the form of a human using 'Daay Joong Sop' (the threads used to bind the hands of a corpse in the coffin). Each Hun Payont is different in shape and size, because they are all hand made from magic straw.

then they were soaked in Nam Man Prai nang Dtanii (Prai Banana Tree Lady Ghost Oil), in order to cause supernatural powers to be invoked within the effigy. Then they were left out to dry for seven days in order to lose some of the stink from the Prai Oil.

The Powders themself have passed through the hands of various Great Masters and subsequently, recieved incantations and empowerment from them before they powders finally came into Luang Phu Bpun's possession. Some of the Masters known to have performed empowerment upon these powders are;

In addition, Luang Phu Bpun used other powders he had obtained and saved from Luang Phu Phang, Luang Phu Dun and Luang Phu Khaw, and mixed with powdered Buddha Relics.

These powders were also then used as a second and third covering for the Hun Payont, finally covering the Hun payont Ghost Soldier with a sacred red wood resin lacquer with Prai Oil to seal and bind the powders into a hard paste.

The Ghost Soldiers were once more laid to dry and then given a black lacquer coating for durability and to seal the herbal resin coated sacred powders, empowering them the insertion of a Takrut spell, with final incantations and Yantra inscription on the outer surface of the Hun Payont Ghost Soldier. Metta Mahaniyom and Maha Sanaeh magiuc is contained in the powders and lacquers, Kong Grapan Chadtri and Klaew Klaad is provided with Agkhara, Yantra, Incantations and the presence of the Ghost Soldier to fend off Dangers. Anti Black Magic is embedded within the Prai Oils and Powders of the Nang Dtanii Prai Lady Ghost, keeping all Curses and Evil Magical Beings at bay. An excellent piece of Temple Paraphernalia and an Inimitable Luck Bringer, Assistant and Protector for the Household.

Luang Phu Bpun Tammabalo has released this as his last ever edition of Hun Payont, in individually numbered catalogued edition, this makes this the highly collectible and final chance to obtain such a sacred and rare Wicha from this master, whose Hun Payont are truly made by the Ancient Powerful Methods of the Original Wicha.