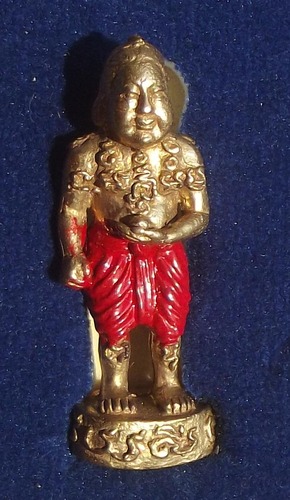 Very few of these Hun payont Effigies were made in very small numbers, and empowered with the Maha Jinda Manee Montr. Luang Phu Juea is the present day Master most famous for his powerful Ya Wasana Jinda Manee sacred powder which is such a powerful ingredient in amulets, and a very potent charm for Metta and Maha Sanaeh magic. The Hun Payont is stuffed with sacred Jinda manee powder in the base, and given the sacred invocations of Jinda Manee magic spell. 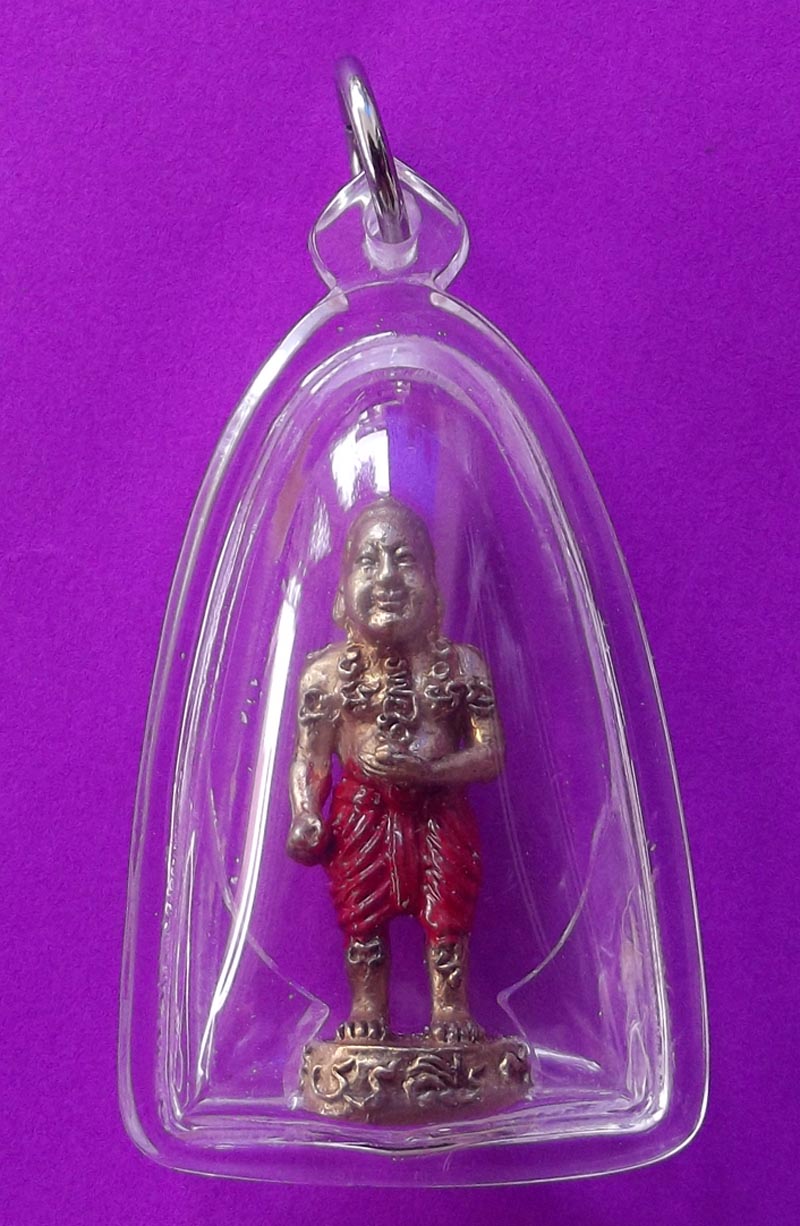 The Jinda Manee magic is also part of the Ancient Jao Ngo Pah Wicha, which is also a strong Metta and Maha Sanaeh enchantment spell. Sacred yantra and magic spell inscriptions cover the body of the Hun payont, which has been empowered with incantations and the invocations of the 4 elements, 32 components of a living being, and the awakening spell of the Hun Payont. This is the correct method of empowerment of Hun payont effigies according the the Ancient Wicha. 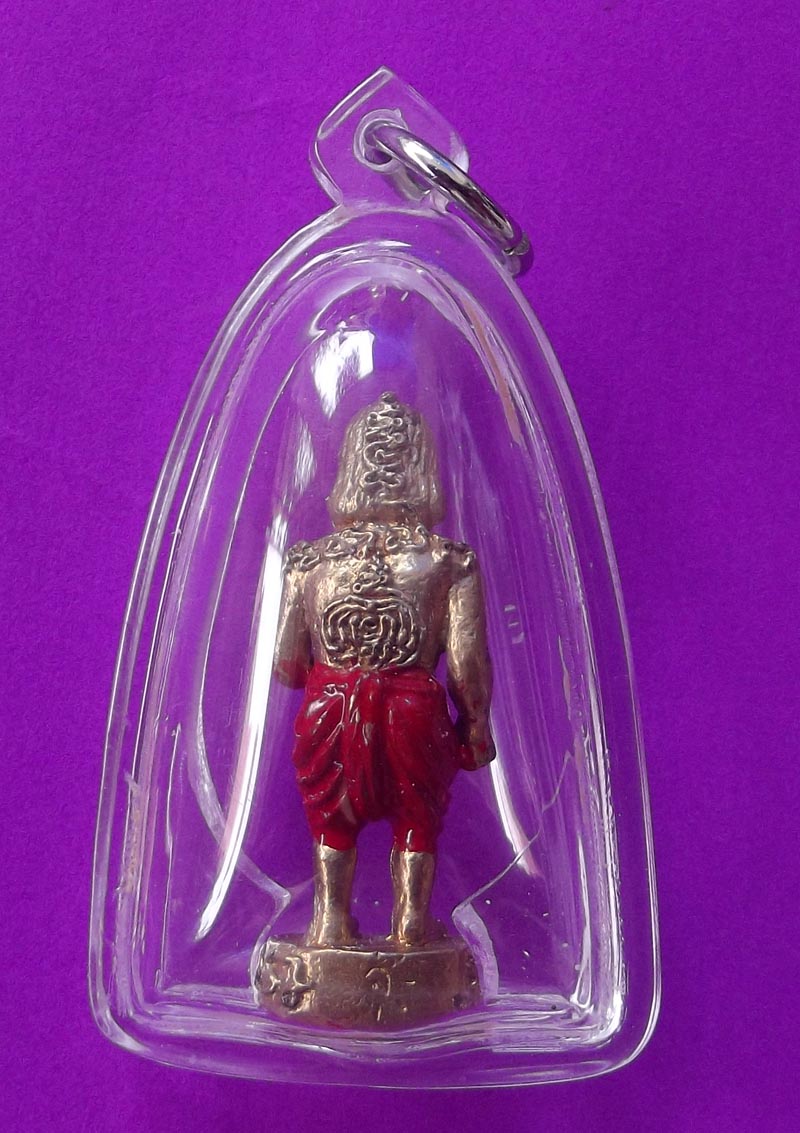 The back of the Hun Payont is embossed with Sacred Yantra inscription for Metta and Protection. The Hun Payon can assist in everything from Business, protection against black magic, protect against physical harm and dangers, and even assist you in gaining the favor and hearts of others.

You can use both special Kata for Hun Payont in the usual manner, as well as empowerment and increase the effect with the Maha Jinda Manee Montr

Used for chanting to all amulets and Deities who are made using the Wicha Jindamanee Magic spell. Useful for any amulets with Ya Wasana Jinda Manee sacred ingredient, and for Deities such as Ngo Pha Mahassajan, Chiwok Boroma Kroo Ruesi and similar.

Download alternative version as mp3 – Kata Maha Jinda Manee Montr >>>
The Wicha Jindamanee has many applications, not just for pokasap and riches, but also to conquer enemies. Some Ajarns call the Wicha Jindamanee by other names, such as ‘Wicha Sangkh Plaeng Roop’ and ‘Wicha Sangkh Son Roop’ (wicha of the conch disguising its shape) – the conch is the horn of plenty of course and thus endless belongings, food and money flow in abundance. The abundance of necessities and easy living comes from this wicha which will lighten suffering and allow he who enjoys this blessing to relax and not feel the pressures of surviving anymore, resulting in better moods, happiness and abundant pleasures.