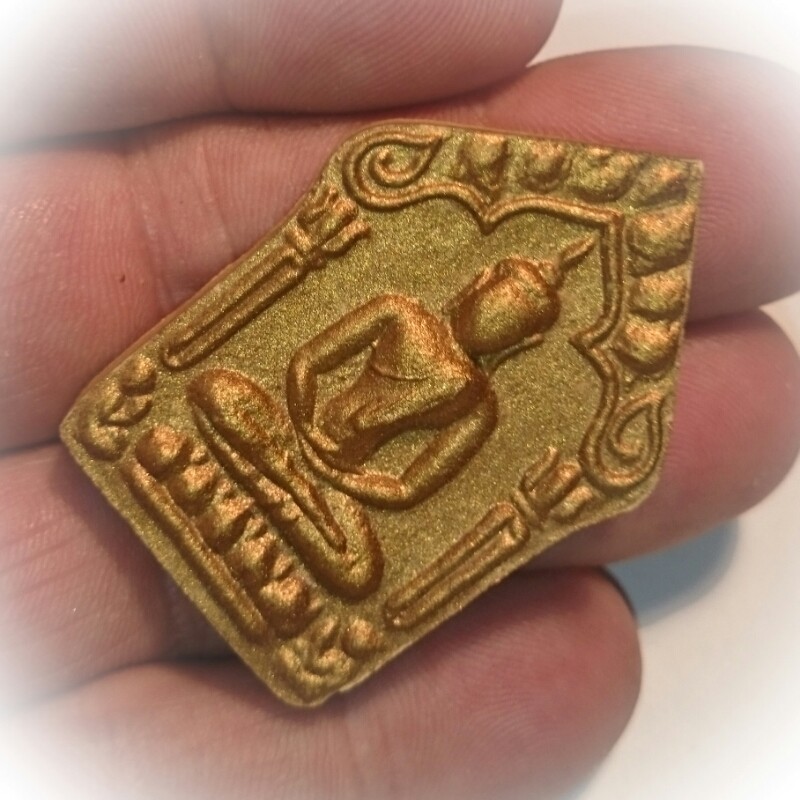 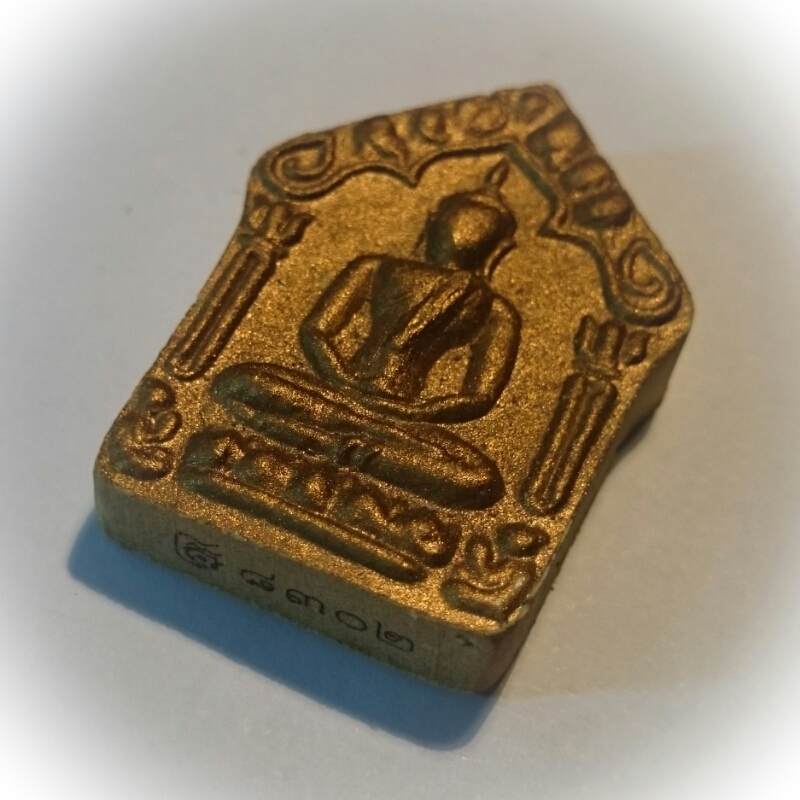 The edition recieved a whole 9 days of consecutive empowerment and blessings, and is considered one of the most powerful editions of Luang Por Sakorn to date. Luang Por Sakorn has always been famous for his extreme diligence and attention to details with amulet creation and empowerments, and always insisted on giving his utmost attention and focus during his empowerment sessions. 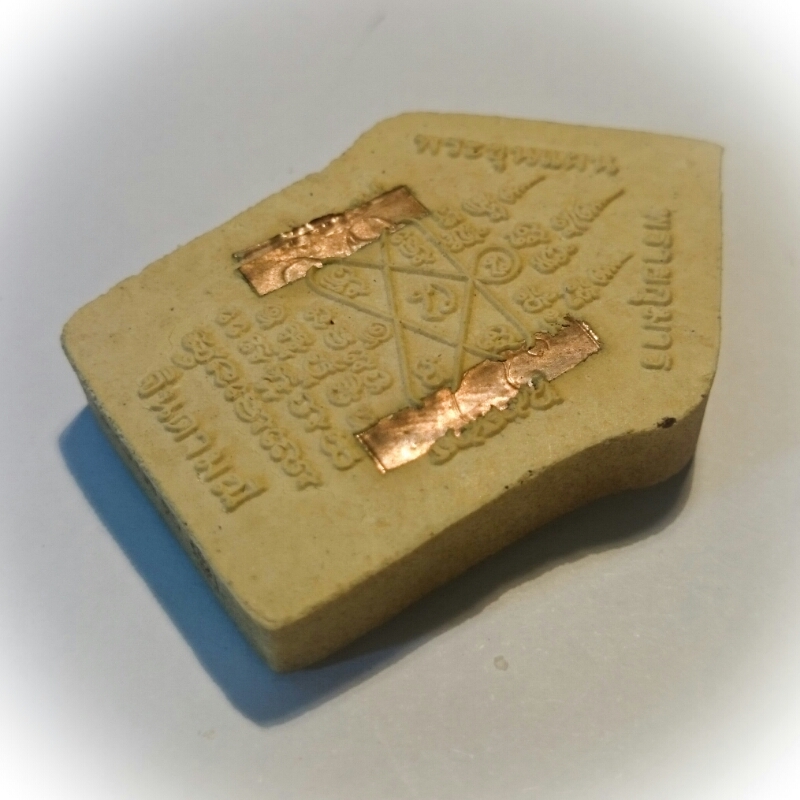 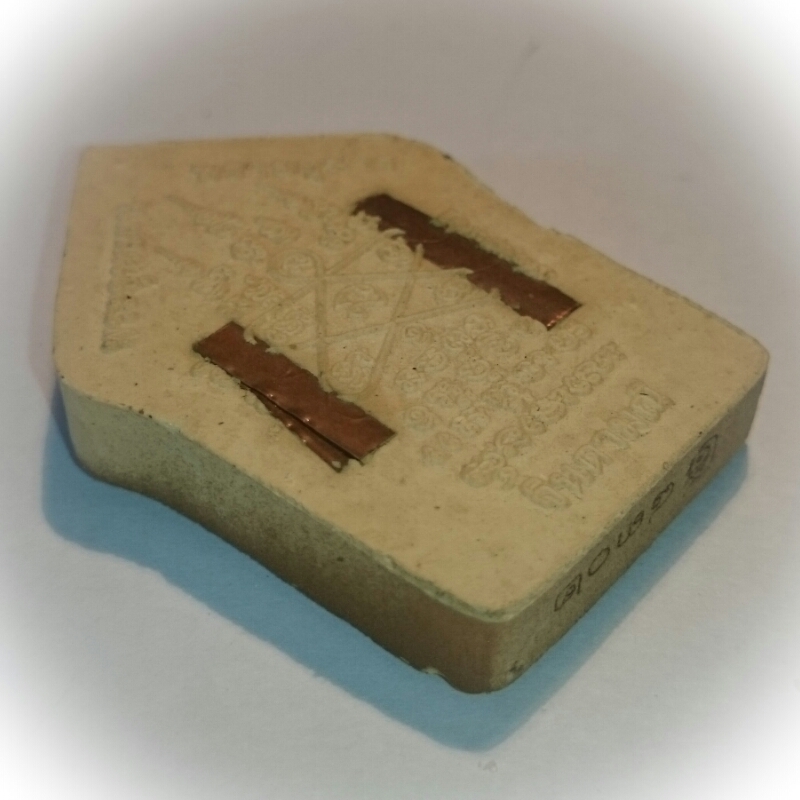 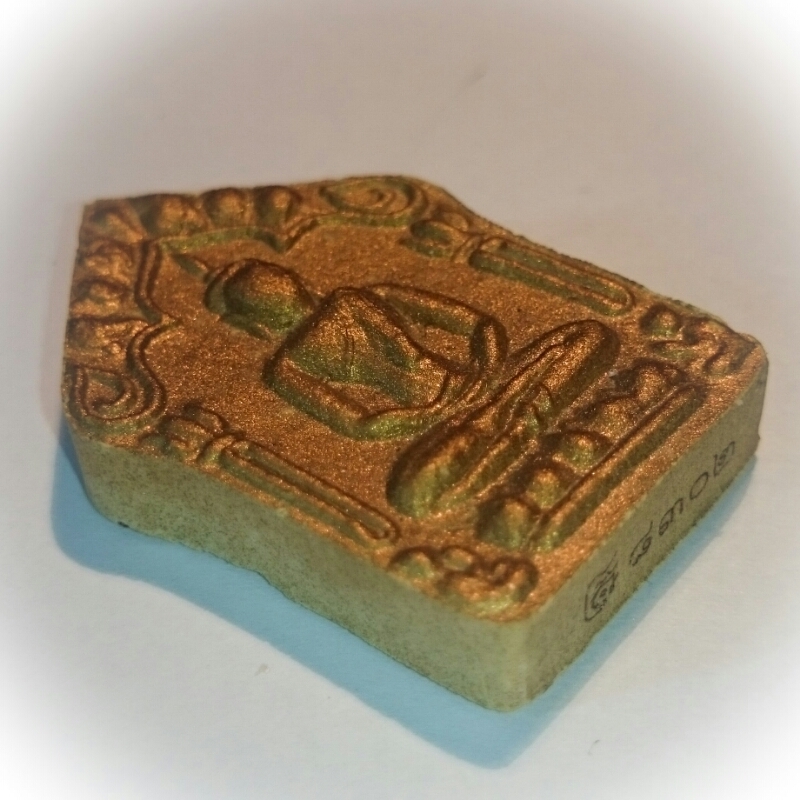 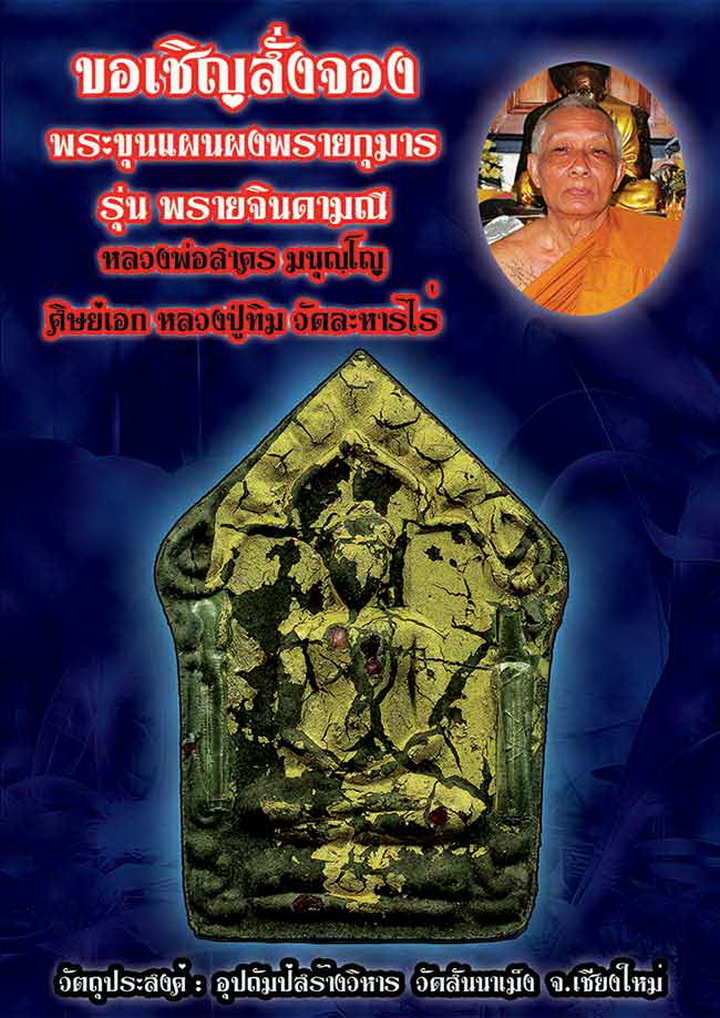 Below; Pong Prai Kumarn being blessed by Luang Por Sakorn 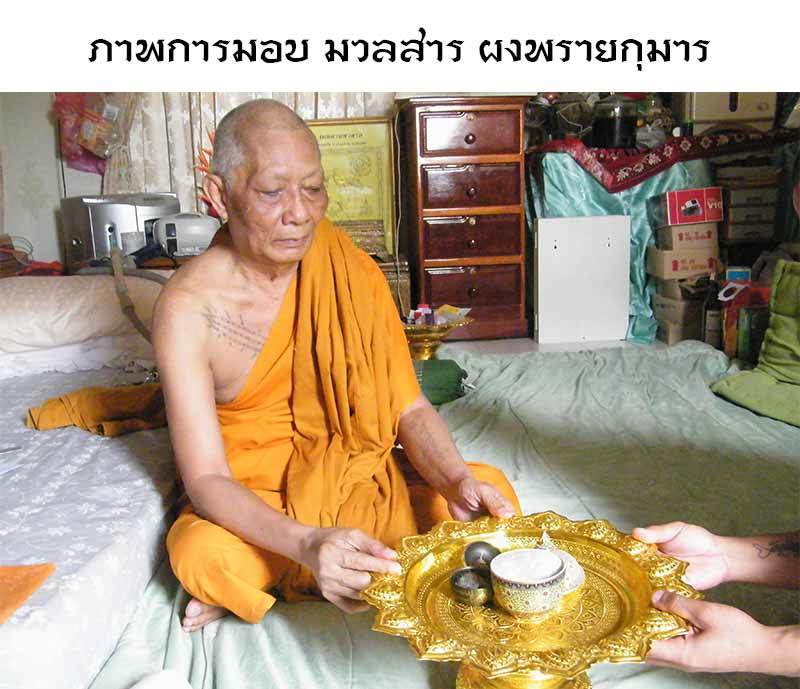 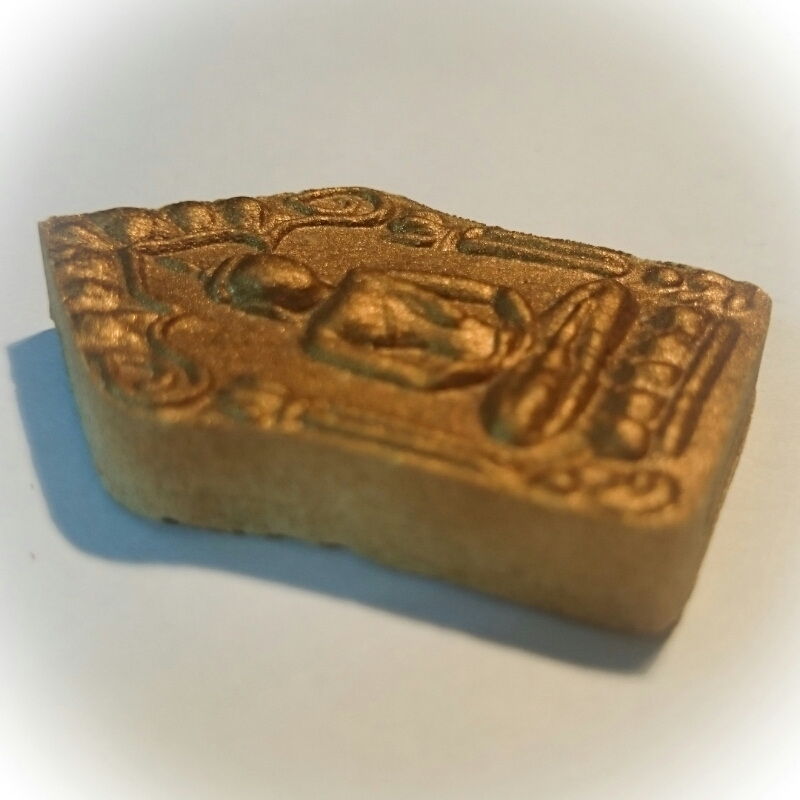 Each amulet had its own series code imprinted on the bottom edge of the Khun Phaen. This series has the Khom Agkhara letter "Dta" as series code stamp. 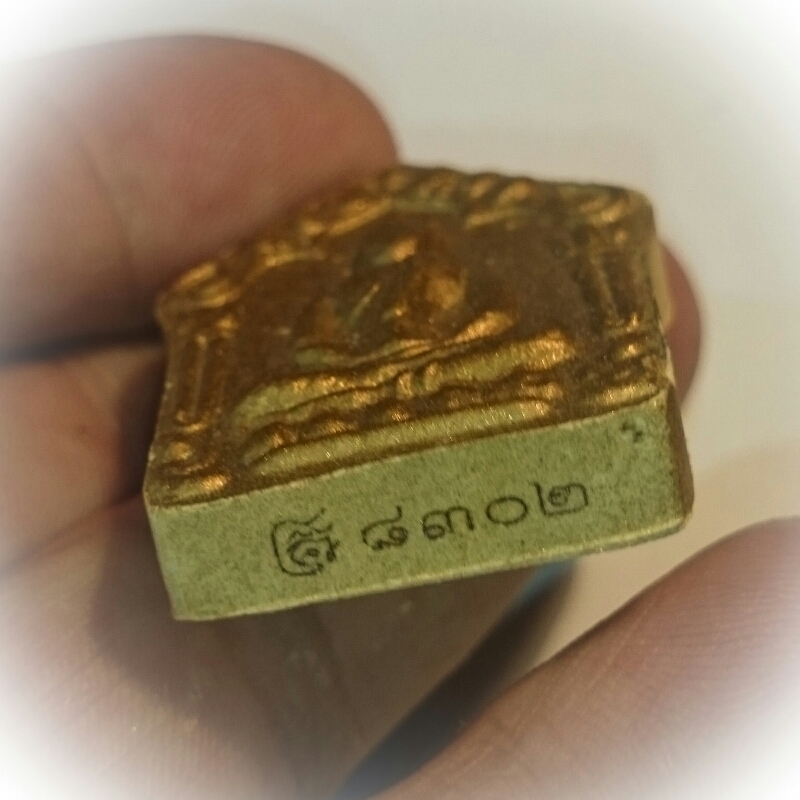 Released in 2556 BE in Traimas Buddha Abhiseka ceremony. Traimas means '3 Months' and refers to the 3 month or more rainy season period, where the monks do not travel around and stay in the temples. It is during this time, that monks and masters will spend each evening of the period to chant and empower amulets for release at the end of the rainy season. This is then called 'Sek Traimas', meaning 'Empower for 3 months'. 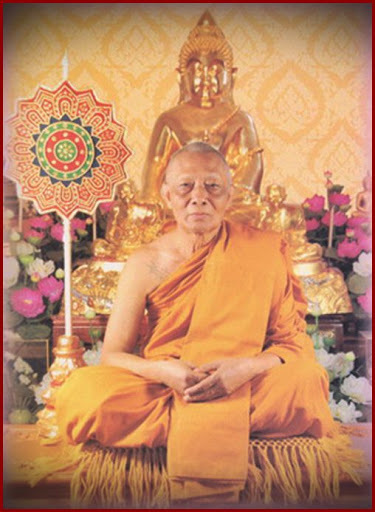 Luang Por Sakorn Passed away in 2013, and since his passing, his in any case Internationally popular amulets have become ever rare to find, as the devotees deplete the remaining stocks of amulets left around the country.

Luang Por's amulets are favored and faithfully revered with hundreds of thousands of devotees around the world who believe in this Great Monk and his amulets. 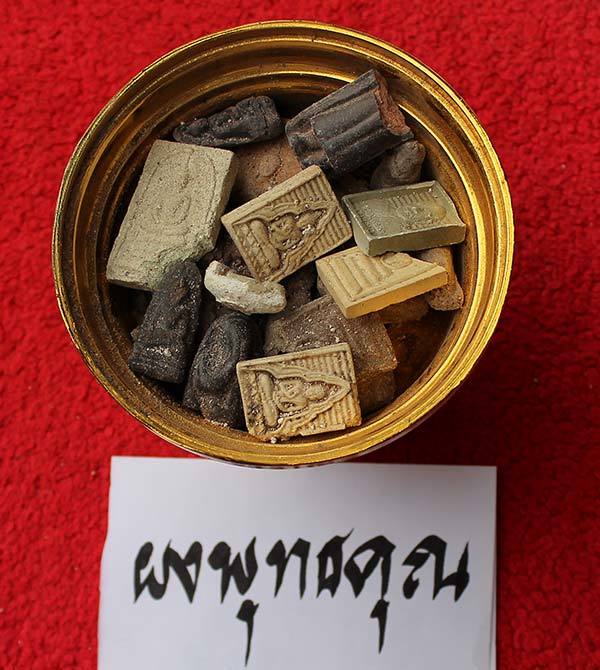 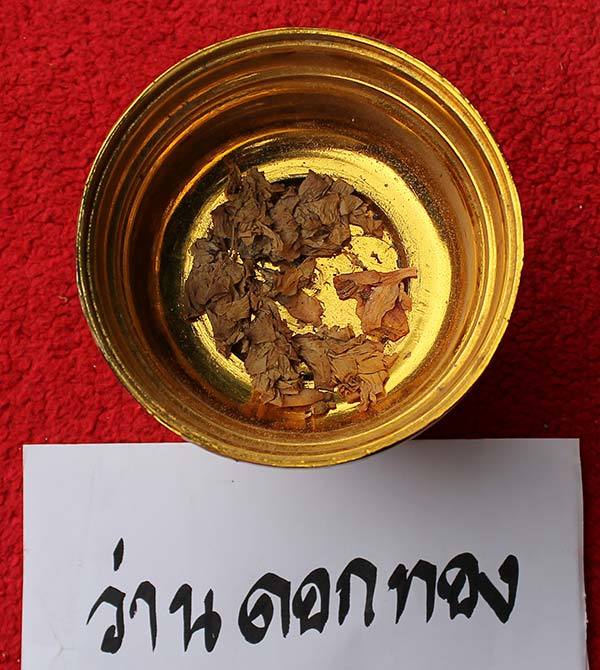 Paya Wan Dork Tong Flowers - one of the most powerful Maha Sanaeh ingredients. 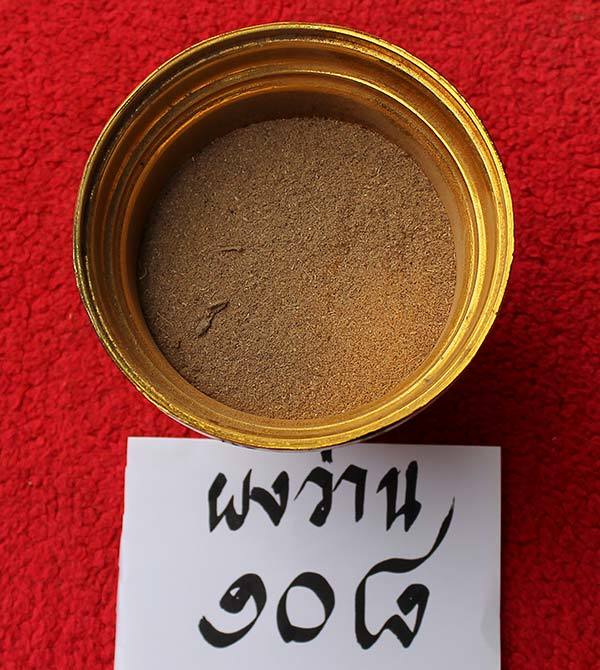 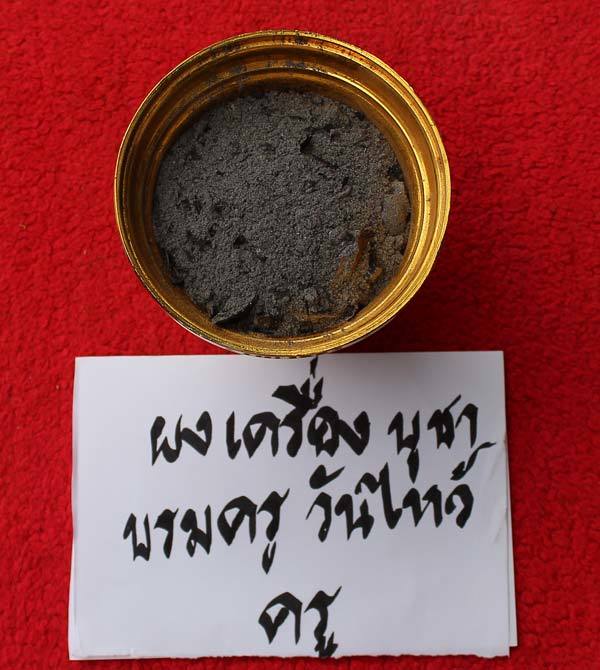 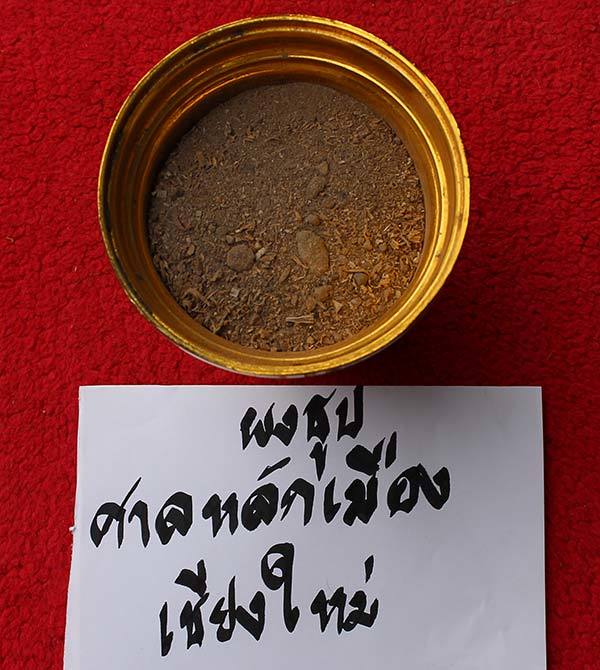 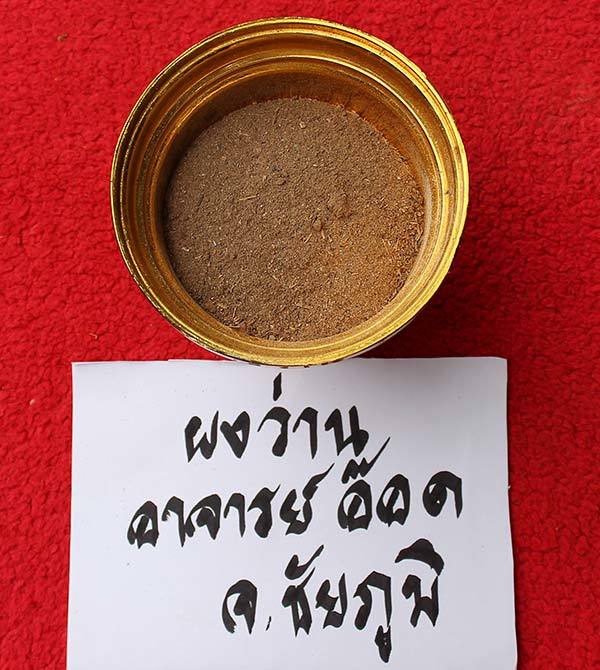 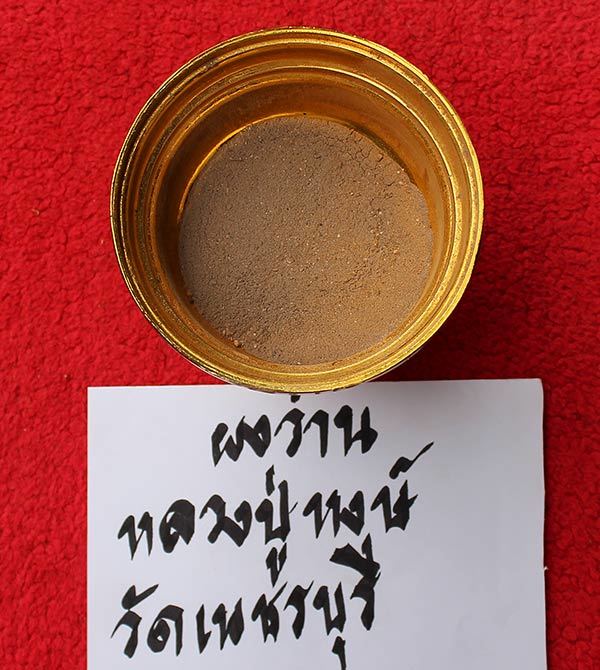 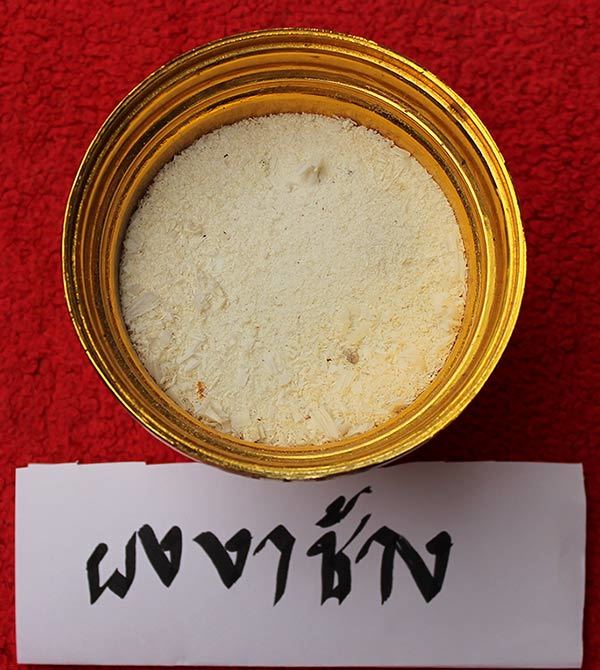 Pong Nga Chang (Ivory Tusk Powder) - this is not only Sacred and Magickally Powerful, but also an important ingredient that is used in recognising and differentiating authentic Khun Phaen Pong Prai Kumarn of this edition, from fakes - fakes can not afford this expensive ingredient, and can be seen to be missing from the Muan Sarn powders when examined under the eye-loupe when fake. 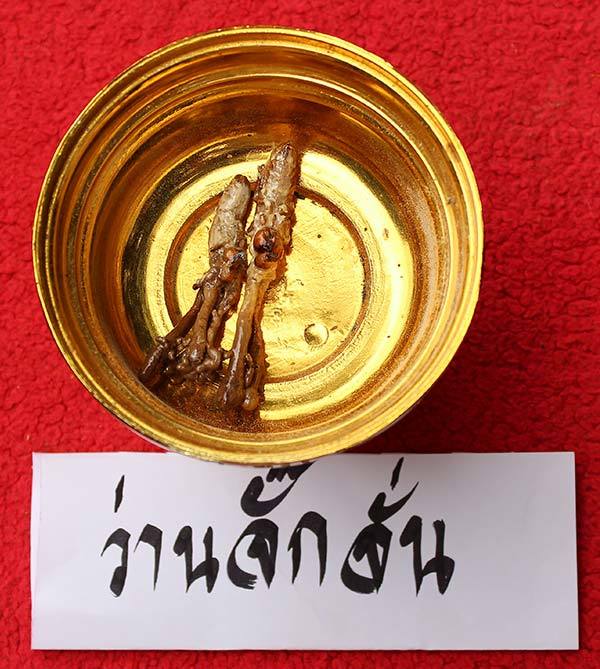 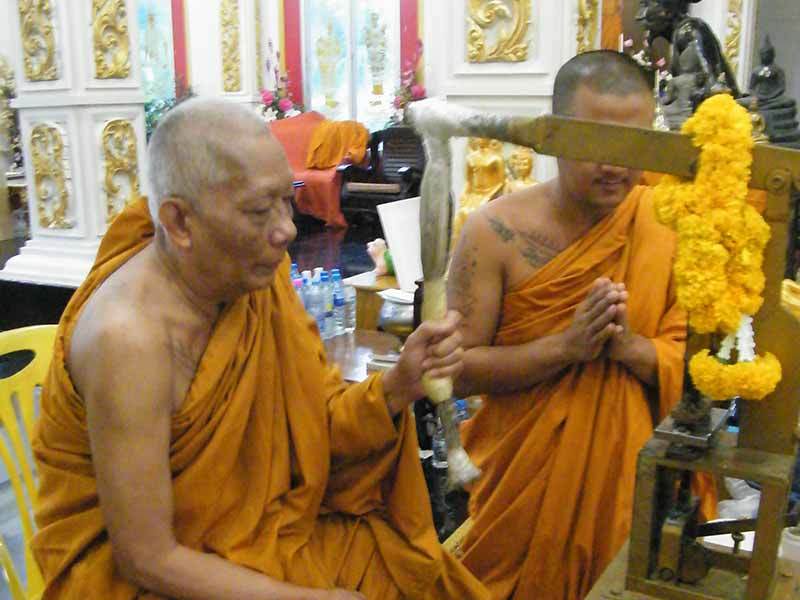 Above; Luang Por Sakorn presses the first 'Nam rerk' series models with his own hand.

here were Miracle Tidings in the News One Year after His Passing - Luang Por Sakorns Corpse does not Deteriorate! 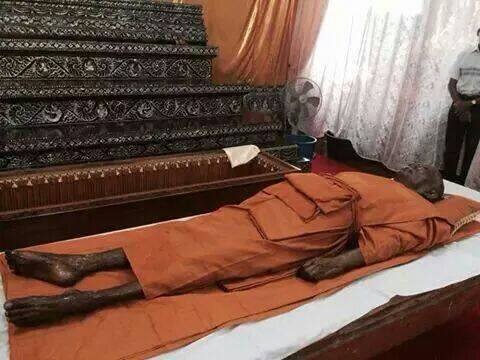 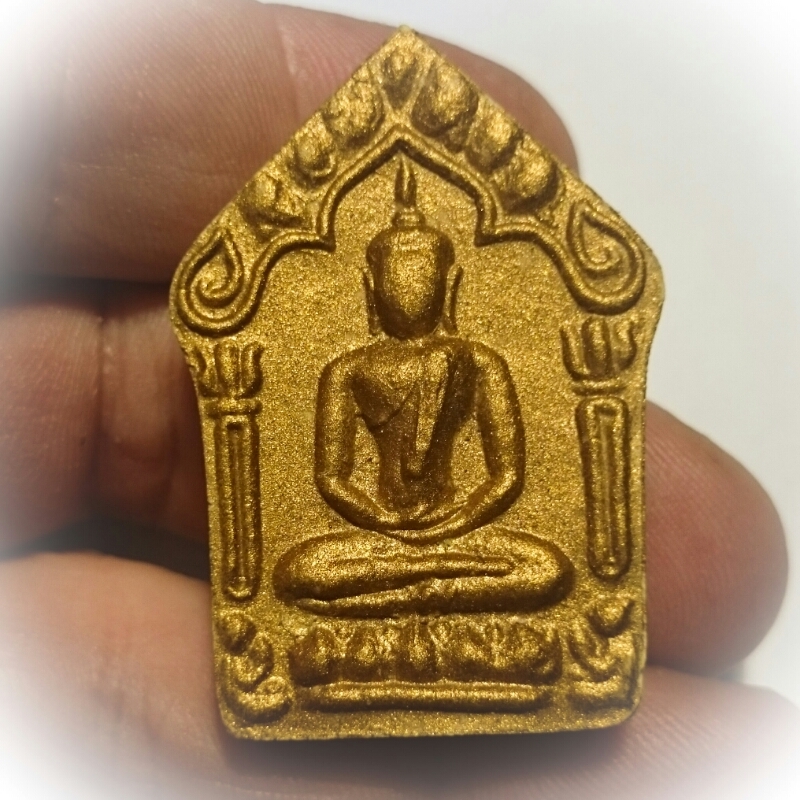 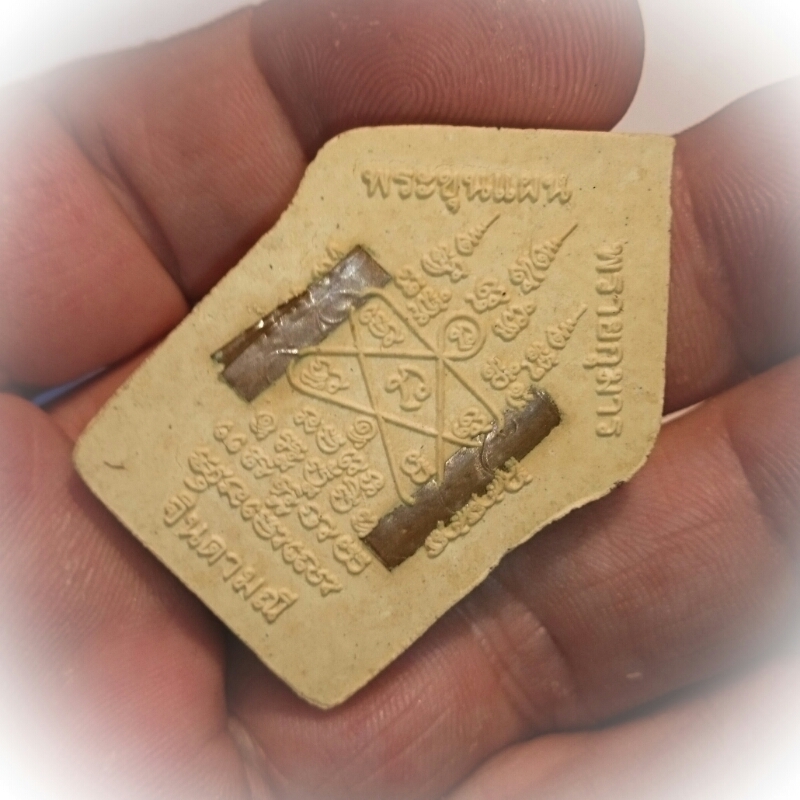