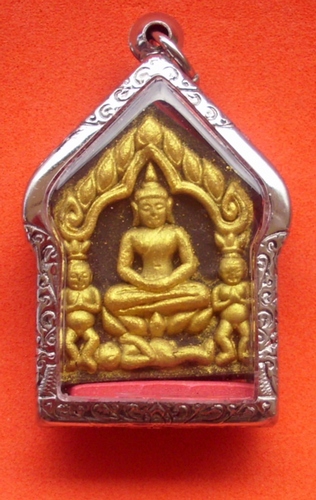 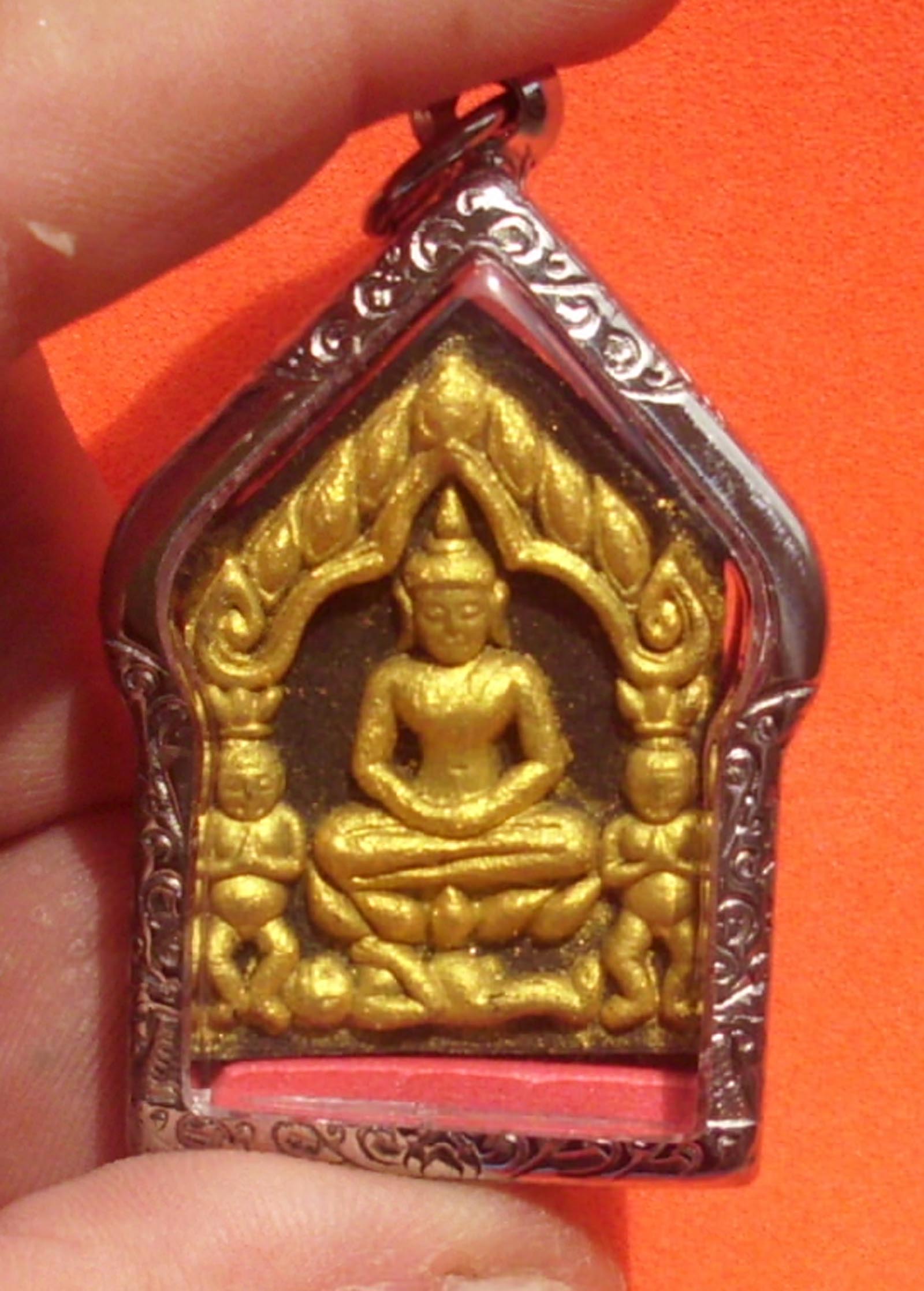 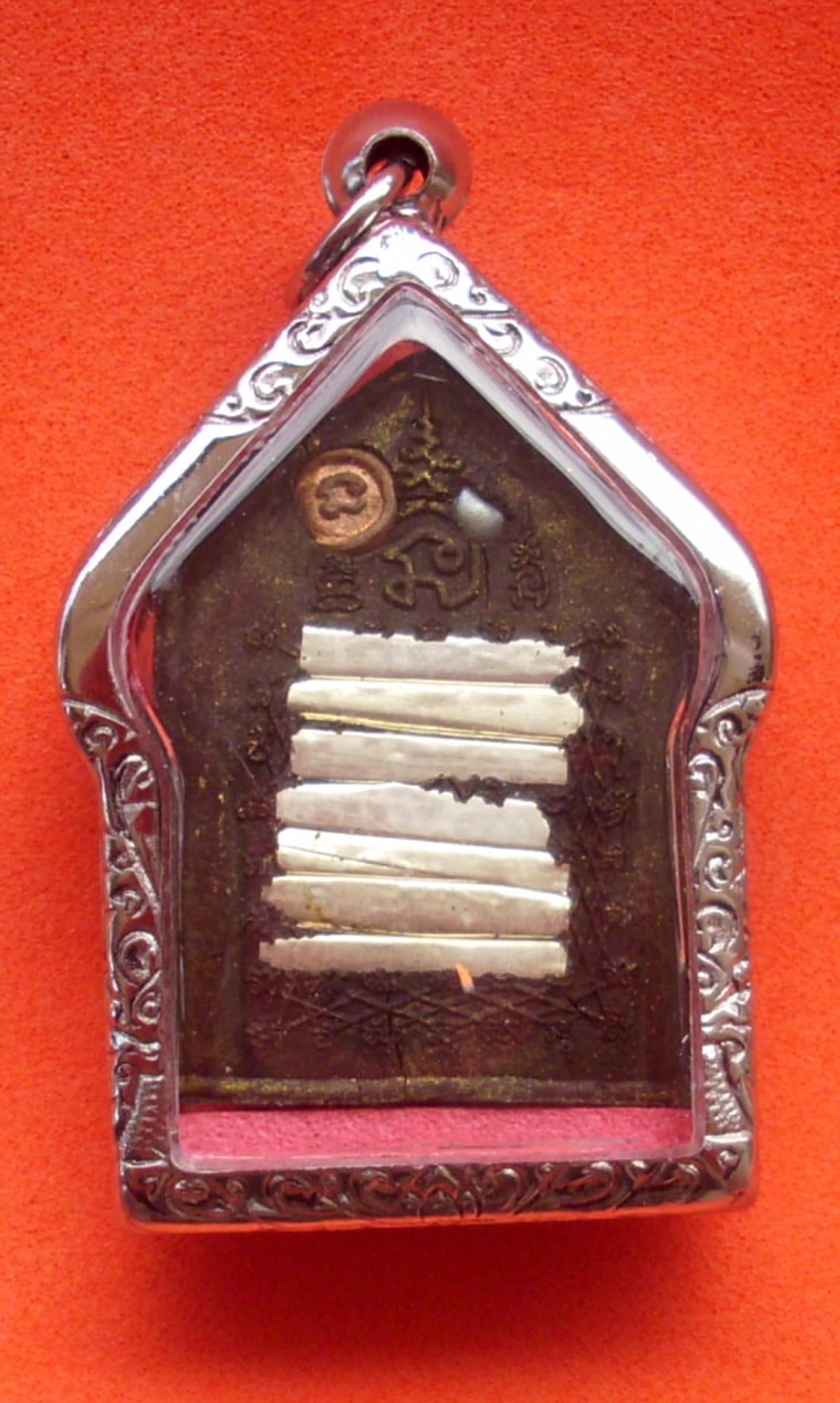 1999 Amulets made in this Pim B Release. A Look Namo Spell and real Pearl can be seen inserted in the back face. Yant Grao Paetch (Diamond Armor Yantra)is engraved in Ancient Khmer Sanskrit Inscription. Seven Silver Takrut Khun Phaen Maha Sanaeh are inserted on the rear, and five Takrut Mad Jai are inserted into the base