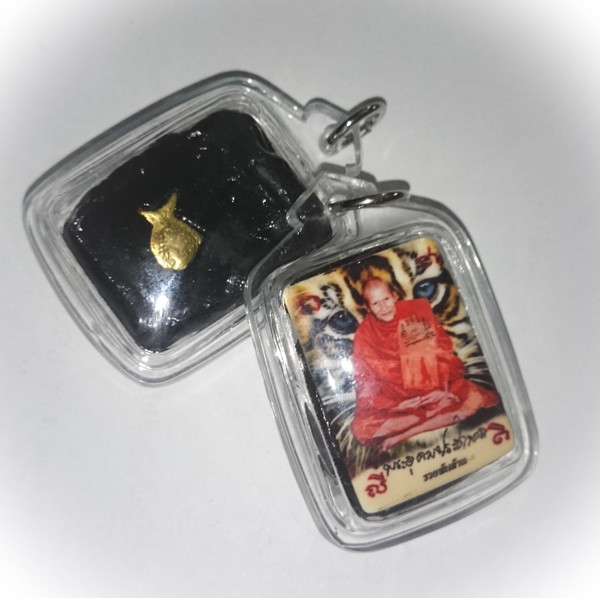 These Wai Kroo Guru Monk Lockets featuring the image of Luang Por Phern Tidtakuno of Wat Bang Pra seated in meditation, with a rear face filled with Krang Putsa paste and a rich mixture of Sacred Powders, were made and empowered by the hand of the Great master of Sak Yant; Luang Por Phern Tidtakuno. Releasedin 2557 BE at Wat Bang Pra, These particular lockets were also and additionally passed on to Luang Pi Pant at Wat Ko Poon for further empowerment and distribution. Rear Face 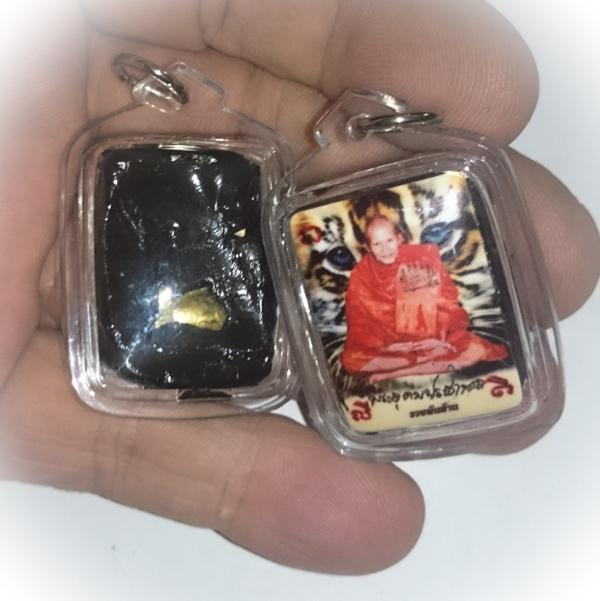 The rear face is composed of a thick layer of Krang Putsa and other Sacred Powder based ingredients, empowered by Luang Por Phern Tidtakuno himself, before his passing. 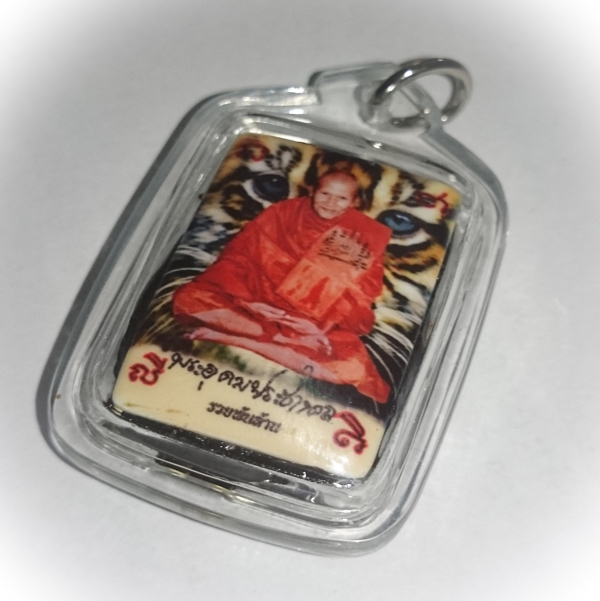 These lockets were officially documented as the 'Ruay Pan Lan' edition (thousand million edition), but they were not publicly or offically announced, and were instead used for handing out and distributing between the Looksit, and a large number of Wat Bang Pra Monks and Ajarns who circulated the amulets within their respective circles. 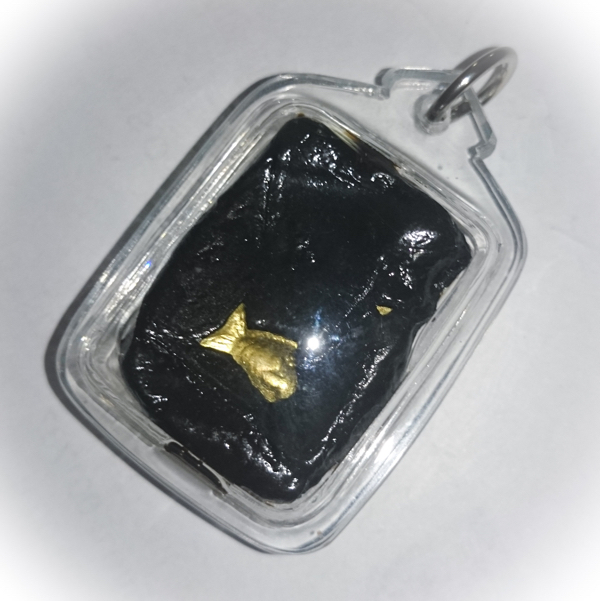 The muan sarn in the rear face of the lockets is empowered further with the insetion of a Pla Tapian Lucky Carpfish to attrack Wealth and Induce Mercy Charm. 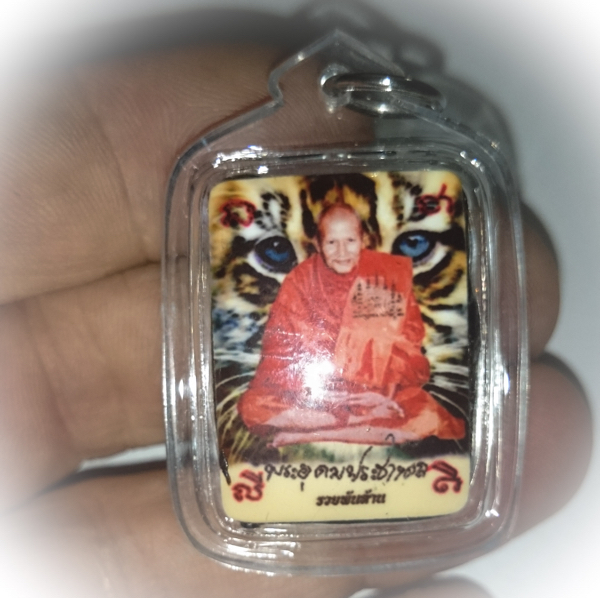 Luang Por Phern was the Grand Master of Sak Yant of Wat Bang Pra Temple, and is the focal point of Bucha and reverence for all Looksit of Sak Yant of the Wat Bang Pra Tradition. His great meritorious deeds are famous around the world, for his great Metta as well as of course the extrememly powerful magic which he wielded, and for which he is internationally famous for. 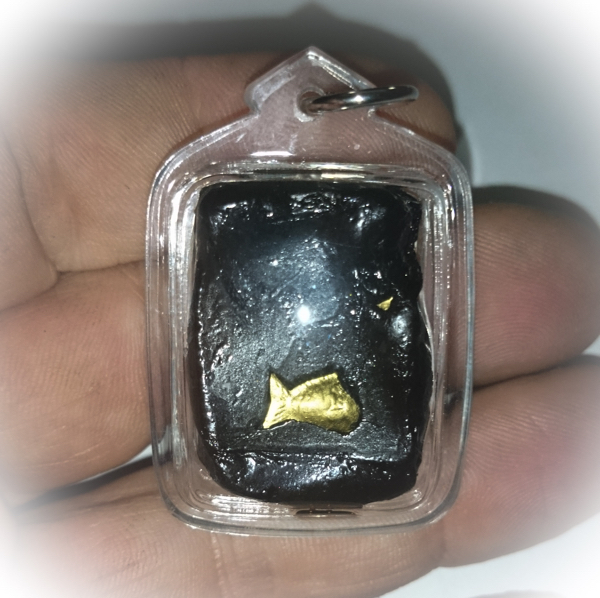 Sak Yant Masters of Fame and Grand Repute around Thailand can be seen to be devotees and students of the Lineage of Wat bang Pra and Luang Por Phern, and his legacy has brought Sak Yant tattooing to become an international phenomenon, which has brought Thai Buddhism and Thai Occult to the attention of millions of devotees around the world.

Use the Kata Aaratanaa Pra Kreuang, and the Kata for Luang Por Phern Tidtakuno, to charge power, and beseech blessings from Luang Por. Always hold Luang Por in your thoughts when praying and chanting to the locket, and beseech him for protection and Serm Duang Blessings.