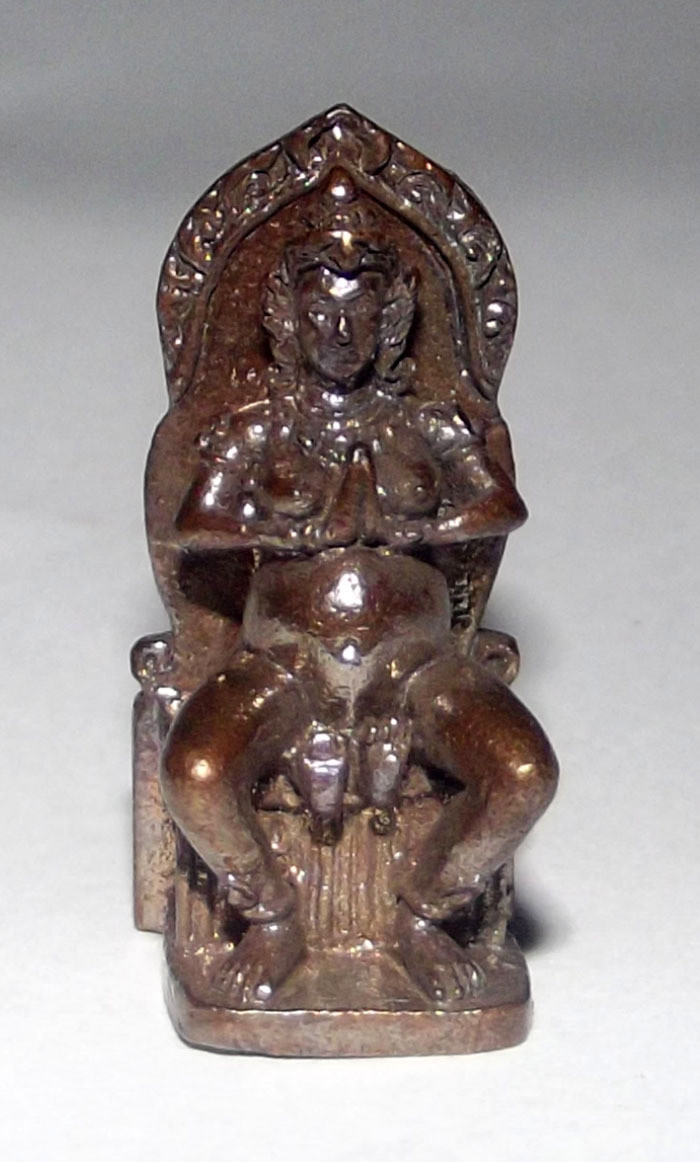 This is the 2555 BE Edition of what has now come to be known as a Wicha which Luang Phu Ap has proved his Mastery of, and that the Nang Pim Wicha is perhaps Currently Seen as beeing synonymous with the Name of Luang Phu Ap of Wat Tong Sai. This edition has the special honor of recieving empowerments in Duo with the Great Luang Por Yaem of Wat Sam Ngam attending the Empowerment and Lending his Jhanic Powers to the Blessing of the amulets. Luang Por Yaem is Abbot of Wat Sam Ngam, and the direct Inheritor of the Wicha of Luang Por Dte, the Greatest Master Kumarn Tong Maker of all Time (apart from Khun Phaen Himself). 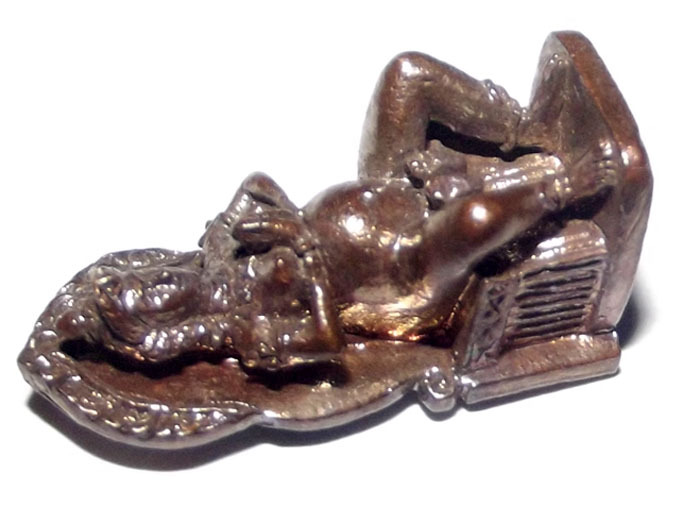 Luang Phu Ap was kind to accept the request of Wat Khao Chong Gling Chong Glod in Kanjanaburi to help raise funds for building Monks Huts for living at the temple, and a 'Slaa Badibat Tam' (Dhamma practice hall). Luang Phu Apalready released one edition of amulets for this purpose on 20th April 2553 BE along with his Nephew, the Abbot of Wat Chong Gling Chong Glod. The funds were not enough aqnd so Luang Phu, along with Luang Phu Yaem agreed to make and empower a set of Hanuman, Idam Sen, and Mae Nang Pim amulets, to raise the remaining funds for the completion of the building work at the temple in Kanjanaburi.

Nang Pim is Imbued with the Powers of Klaew Klaad, Metta Maha Niyom, Maha Saneh, and Kaa Khaay Magic. Popular with Market Sellers and Shop Keepers in Thailand. Nang Pim is both Protective and Nourishes with her Metta Power. She sits on her throne with her teats hanging down for her chidren to suckle from, with her hands placed together casting spells to attract sources of Nourishment and Finance to keep you suckling from the never ending flow of goods and money she will attract. 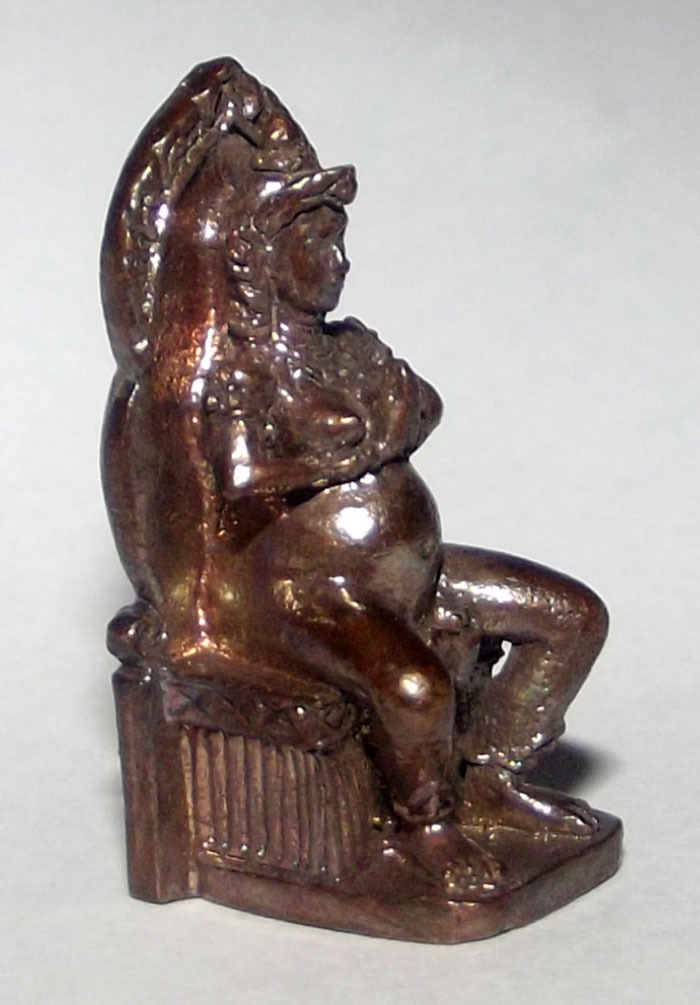 The base of the Loi Ongk Statuette has a Sacred Na Metta inscription engraved, and a series code number stamped upon it (number can vary from the image). 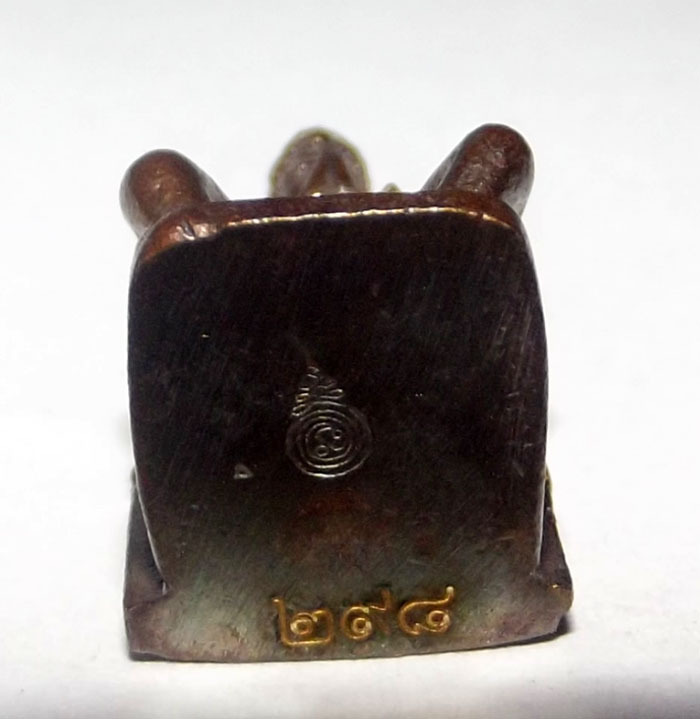 This Deity can be asked for most wishes within reason or possibility of happening, and needs to be fed with liquor, being a Prai Spirit deity. protective and Prsperity attracting, the Fertile Nang Mae Pim is a true Cornucopia Horn of Plenty type amulet. Very Effective for Successful Sales Quotas, Good Business, Metta Mahaniyom Maha Sanaeh. 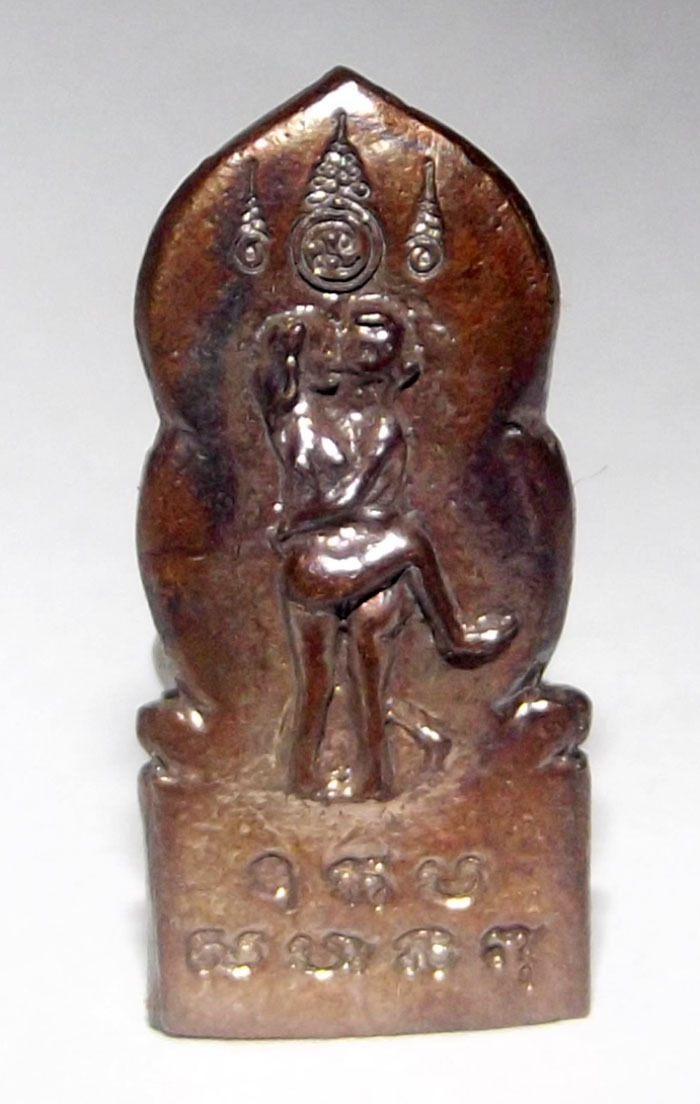 The rear face has an 'In Koo' (Yintong) Deity in Loving Embrace, and Sacred Khmer Agkhara Lettering underneath with the Kata Hua Jai Nang Pim inscribed. 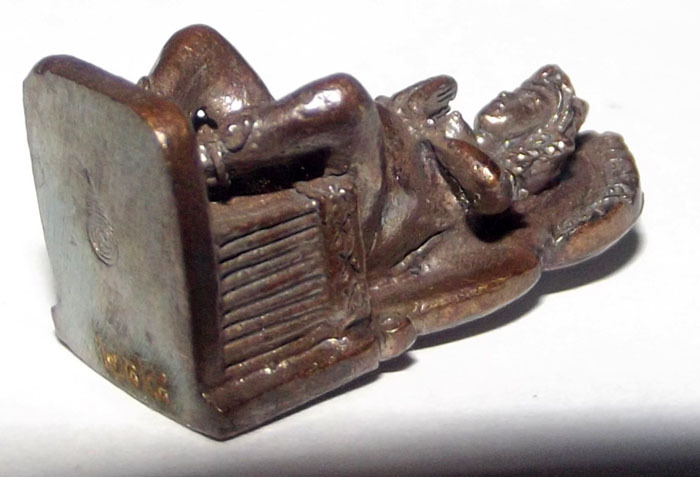