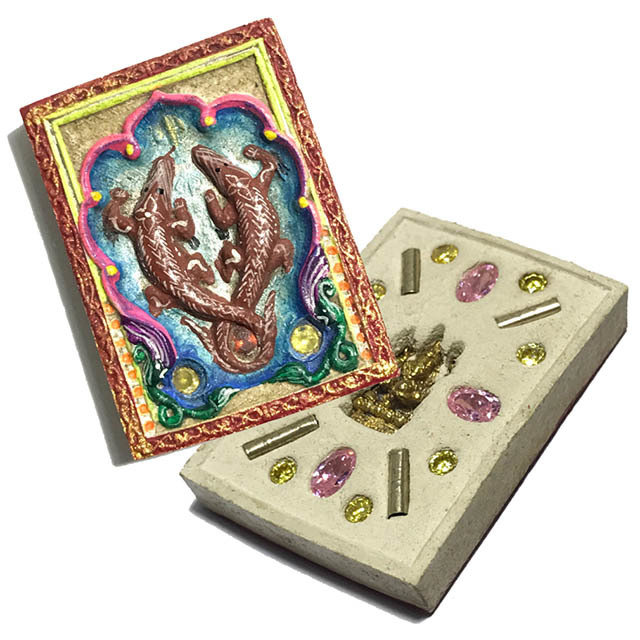 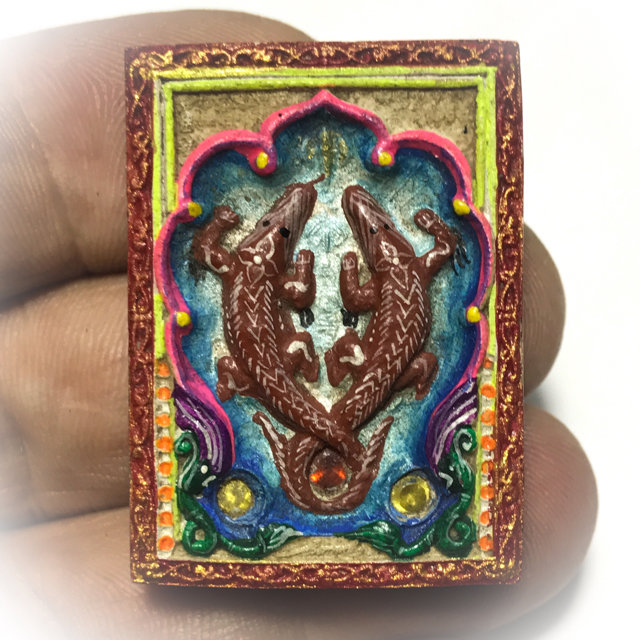 Kroo Ba Krissana Intawano performed meditative empowerment on 15th May 2554 BE Birthday Celebrations Wai Kroo Ceremony, which was also a full moon, and the amulets were officially released on the 1st August 2554 BE.

The edition was extreme limited with only 299 amulets made in Pim Lek. The Pim Lek Measures 2.5 x 3.9 Cm. Each individual amulet was created with slight differences, and differing Loi Ongk Statuette statuettes inserted, some with Brahma, otherts with Ganesha, Pra Pid Ta, or other sacred Images such as the Nam Tao Lek Lai Kaya Siddhi Substance Gourd of Wealth. This exhibit has a Pra Pikanesi Ongk Statuette amulet in Galai Tong metallic Alloy inserted into the rear face. 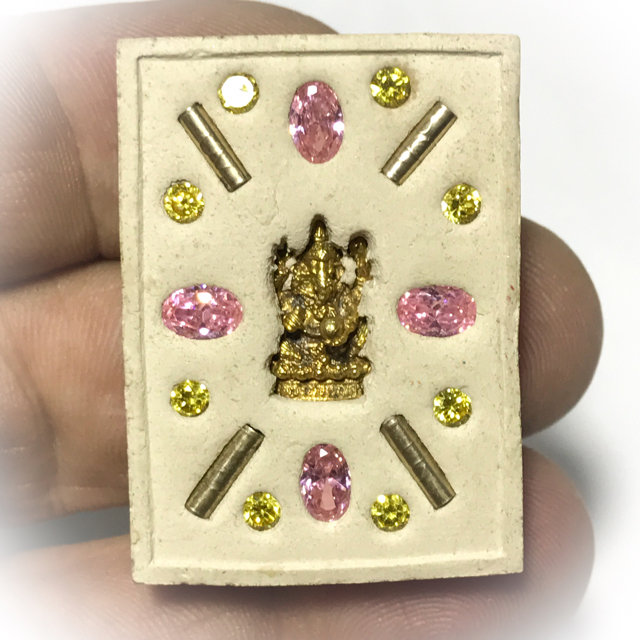 Kroo Ba Krissana tells of a Vedic Legend that says, that after Lord Shiva had beheaded his son Ganesha with his Trisul, and realised he had attacked his own son, he rushed to hide the Trisul from the eyes of Pra Mae Uma Taewi (Kali, wife of Shiva and Mother of Ganesha). And so Lord Shiva took the Trisul weapon and hid it in the deepest heart of the ocean. He then invoked a Deva to transform into a crocodile to guard over the Cosmic weapon of Shiva from then onwards.


The Buddhakhun Power of the Crocodile Paya Gumpir, is to protect and guard over accumulated wealth and treasures, and attract more wealth and treasures into your possession (Maha Lap Maha Pokasap). Only 399 amulets were made in total in this series, including both colours of Muan Sarn Sacred Powders, which were made in Nuea Khaw (white powders), and Nuea Nam Dtan (brown powders). 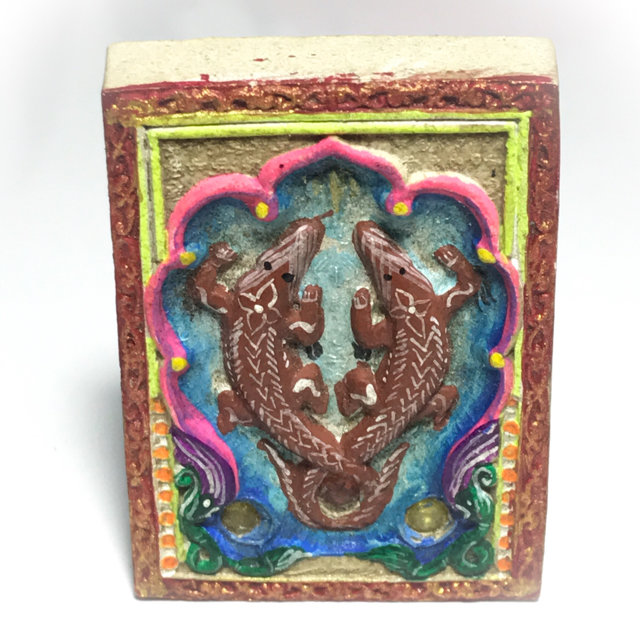 The front face of the amulets bear the image of the Paya Gumpir Crocodiles guarding over three Ploi Sek Maha Pokasap Enchanted Gemstones inserted into the lower section of the front face. Some examples had 19 Gems and 4 small Takrut or 2 large Takrut, with statuettes, and others had 15 Gems with 2 large or 4 small silver Takrut, and Deity statuette or magical image in the center. 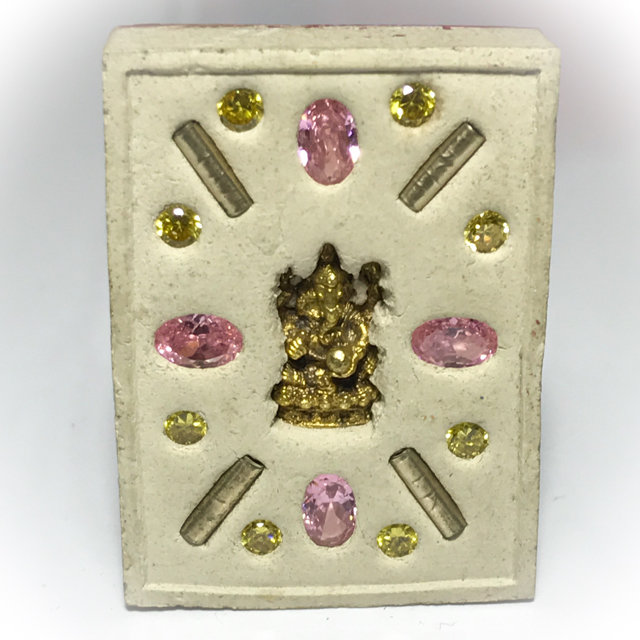 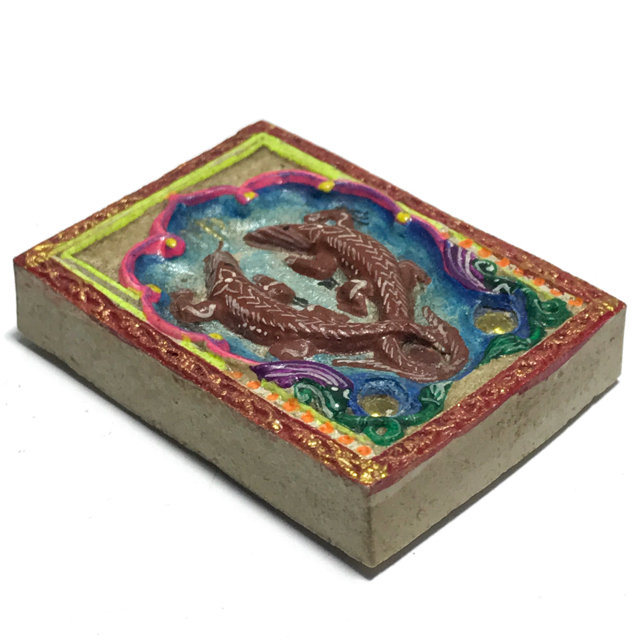 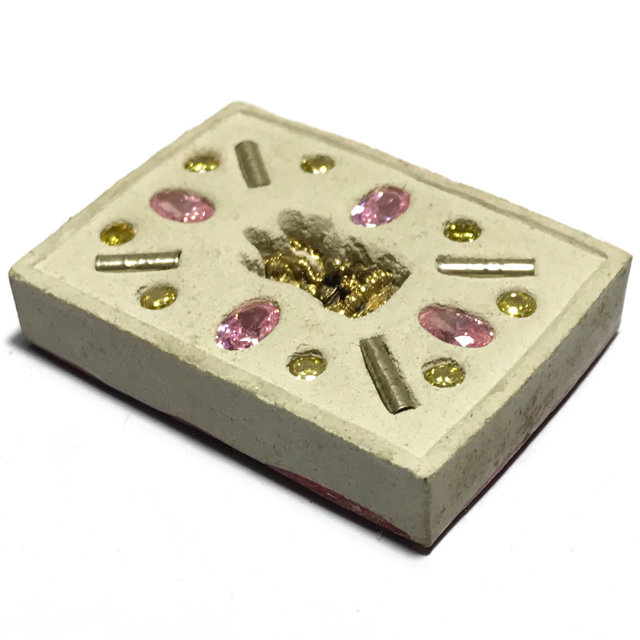 The amulets of Kroo Ba Krissana Intawano are not only seen to be powerful amulets for Metta Maha Lap Kaa Khaay Siang Choke, and Maha Sanaeh - bringing lucky fortunes to gambling exploits, seducing lovers and customers, and improving one's Karma in general. Kroo Ba Krissana's amulets have already been tried and tested.] 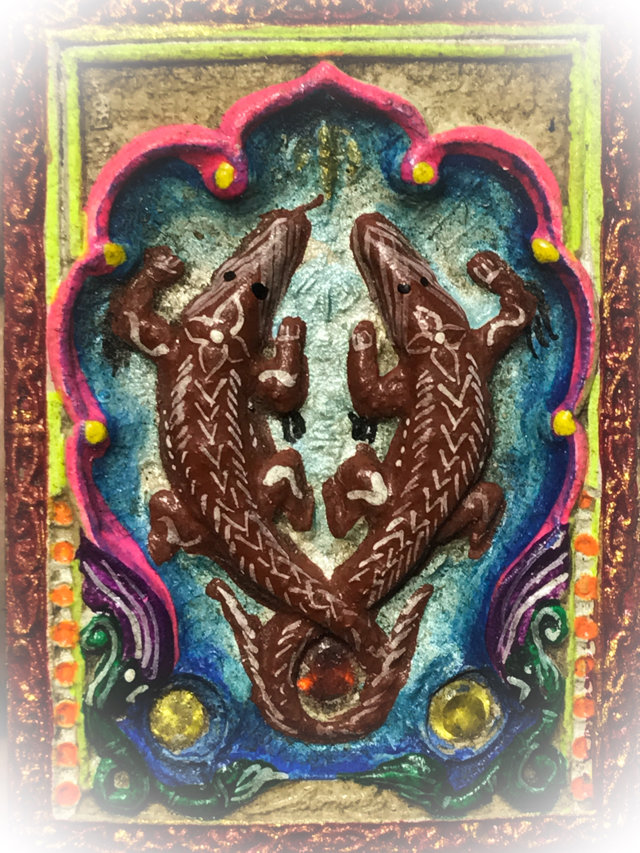 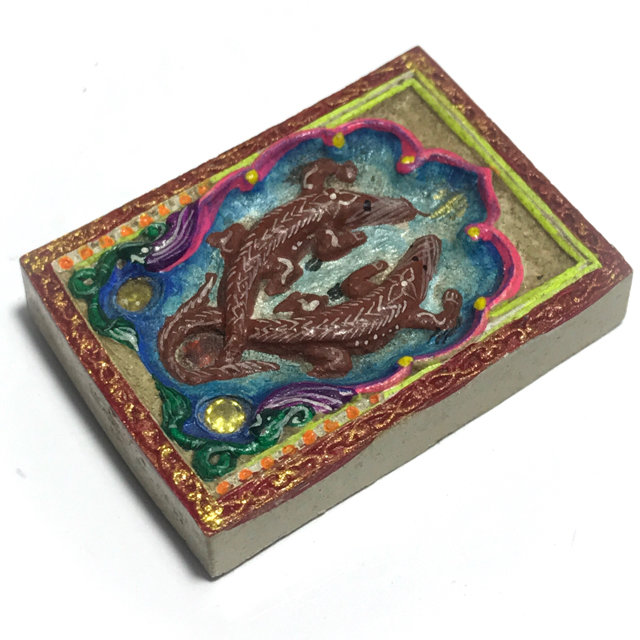 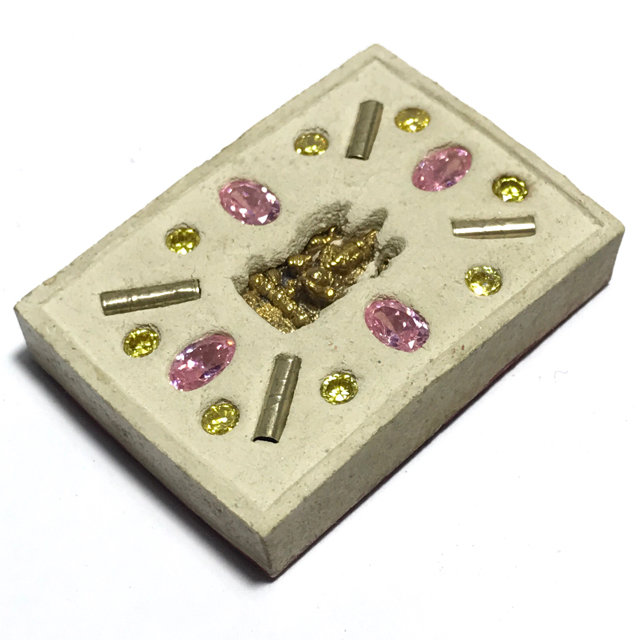 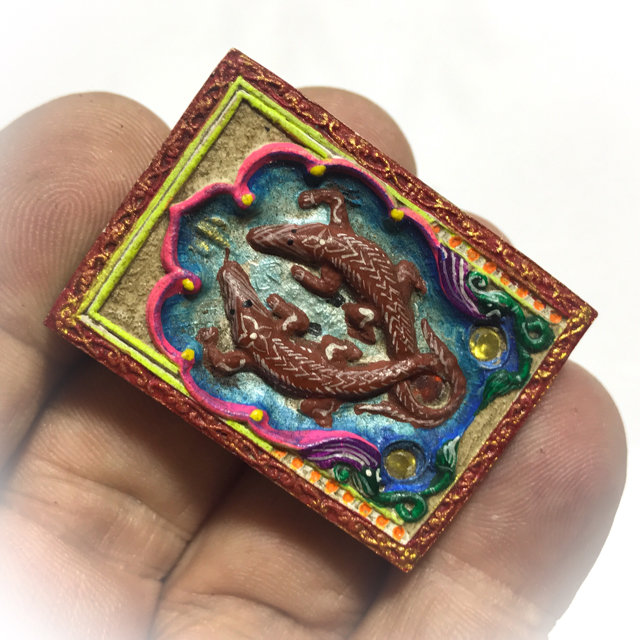 One can hence say, that all editions up to 2556 BE can be considered the rarest and most highly valued, with increasing rarity as their numbers deplete, as increasing numbers of devotees enter into collectorship of the amulets of Kroo Ba Krissana Intawano. Of course however, every year sees some very special Ongk Kroo amulets and limited series collector pieces released, even in the present day. 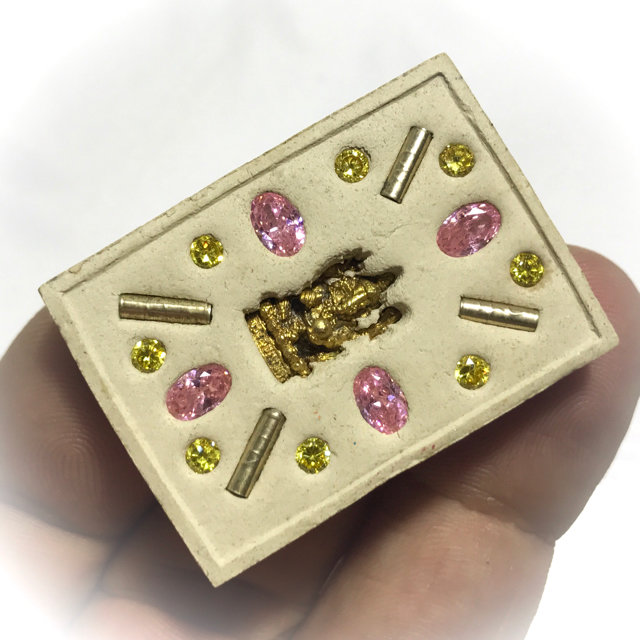 The post 2556 BE editions provide adequate availability for the ever increasing numbers of foreign devotees, to have a chance receive Kru Ba's blessings and wear one of his beautifully designed originally painted amulets, as the early editions like these, become ever more impossible to encounter available anywhere.

But ever fewer devotees will have the chance to own an amulet from the early editions, which were given extreme personal attention, with much more limited numbers made than recent editions, and the most diligent empowerment sessions of all, are found in the early era amulets. 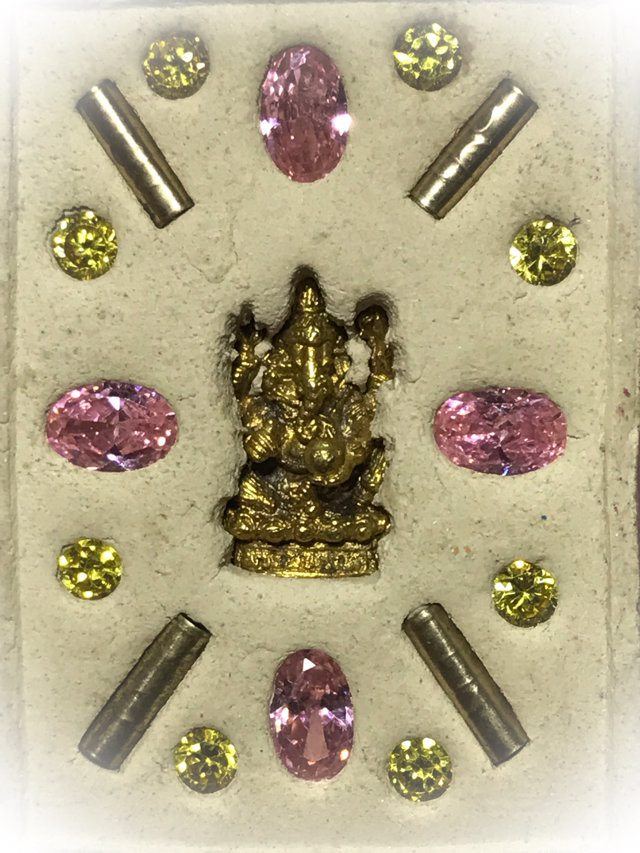 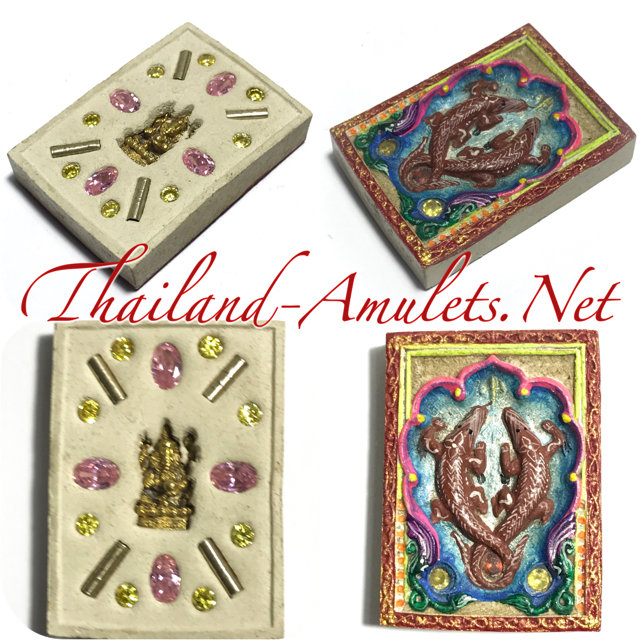