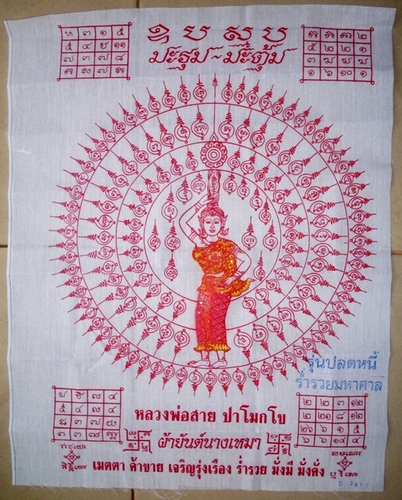 Made for the Marum Madtum edition of amulets, by Luang Por Say Bpamokho. The Pha yant was then released again due to immense success, in the 'Plod Nee' edition of amulets. The Phay Yant is designed to increase sales, business opportunities, and attract riches. The Yant has Mae Nang Hmao (a merchant Lady Deity who is carrying wares on her head). This Yant was originally produced by Luang Phu Chern of Wat Ta Ee 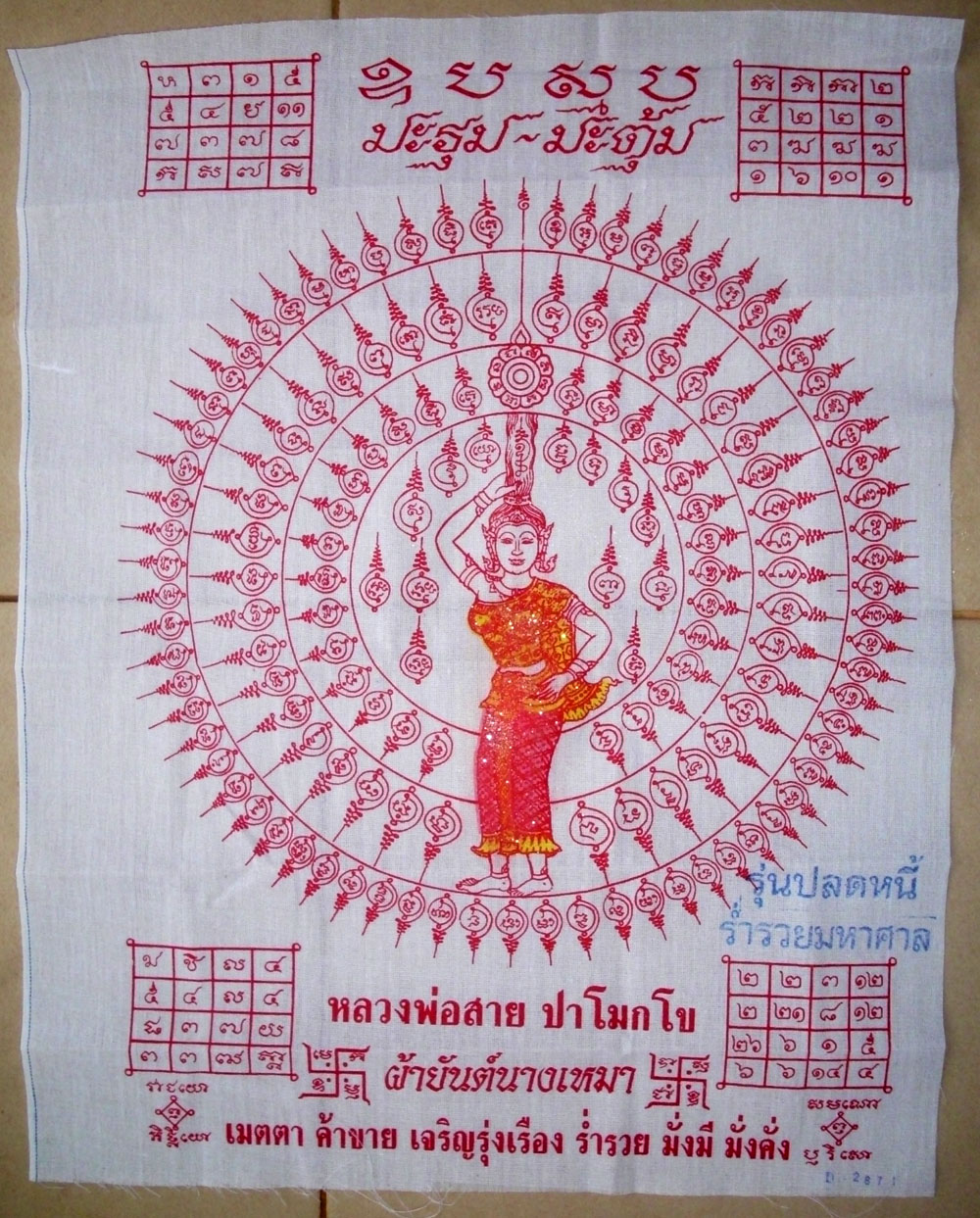 LP Say used magical Wicha to call upon the spirit of Luang Por Chern of Wat Ta Ee to join him in the empowerments of the amulets of this edition, which included Pra Khun Phaen amulets made in the Luang Por Chern lineage method.

Merchants Yant for good sales and business, place on the wall of your store in the Bucha corner, or on your wall above the altar at home. Pray for attraction of customers and make them buy your wares. The Deity is Nang Hmao - a merchant saleslady walking to market. 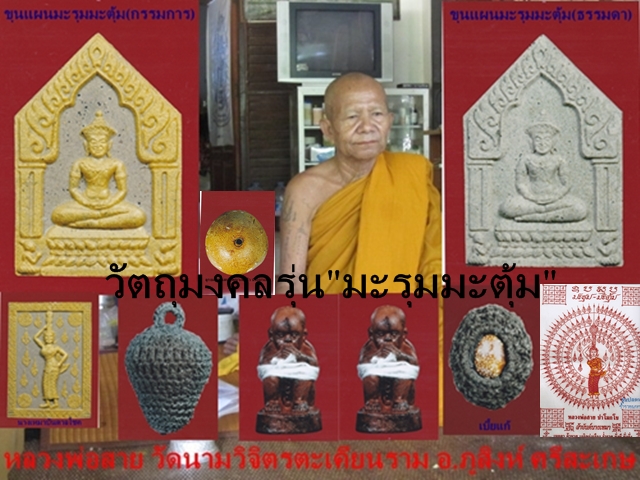 On Mondays which have a full moon, you should make special Bucha to Mae Nang Hmao. She likes us to make merit and offerings to the Buddhist Sangha, alms to monks or flowers and offerings to the Buddha. When you offer alms to monks you shgould ask Mae Nang Hmao to dedicate it for you, and ask her for blessings. On full moon mondays she should be offered five white  lotus flowers (or five different colors) without the stems (you can float them in a bowl of water if you wish, or place on a tray). 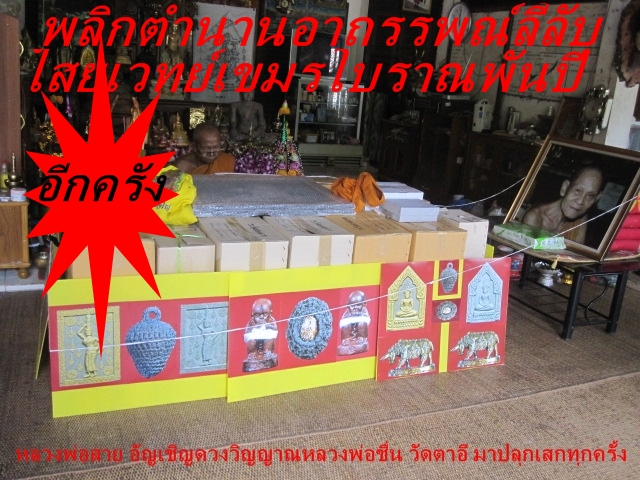 Light two candles and 7 incense sticks, say Buddhist Prayers (Jaroen Puttamontr) and offer merits from this action to Mae Nang Hmao. Of course, even with Mae Nang Hmaos help, we should always speak politely and with friendly attitude to customers, in oreder for her to work her magic. It would be ignorant to think we can take a magical helper and then make her job difficult by behaving badly in our own place of business. 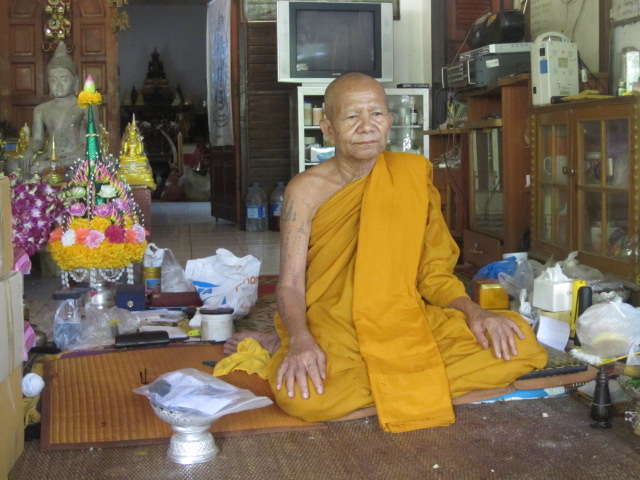