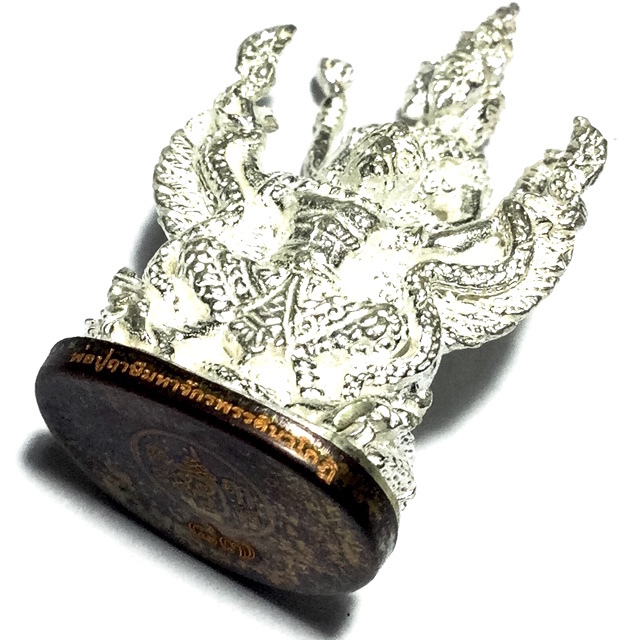 Cast from Solid Silver Sacred Ingots, and sealed with a Metallic Magic seal on the base made from an Alchemical Alloy of 9 Sacred Metals. Imbued with Nine Ghodas of Riches (an emanation of the Navagote Nine Millionaires). The Deity is seated on the Garuda, who is clasping a pair of Naga Serpents. 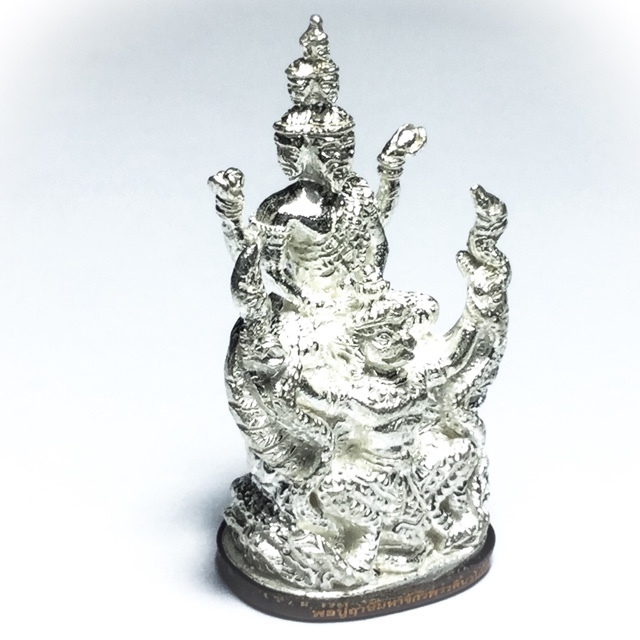 The statuettes were released along with many other amulets in 2558 BE, empowered in Traimas Putta Pisek Blessing Ceremony and Wai Kroo to the 108 Lersi Hermits. 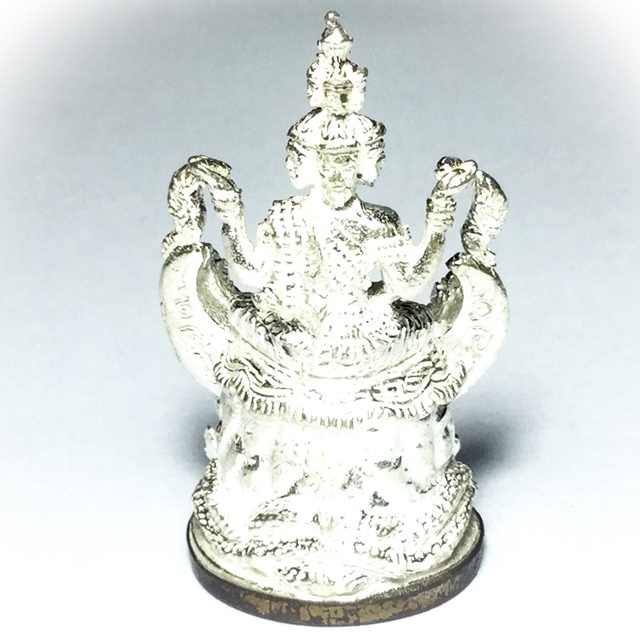 The amulets were blessed in Wai Kroo to the Ruesi, after a Traimas (3 month) nightly empowerment period performed by Luang Phu Nong in his Kuti during the rain retreat. Luang Phu Nong Tammachodto is the true Nephew of Luang Por Derm (Wat Nong Po) and recieved direct Wicha magical training from his Uncle. 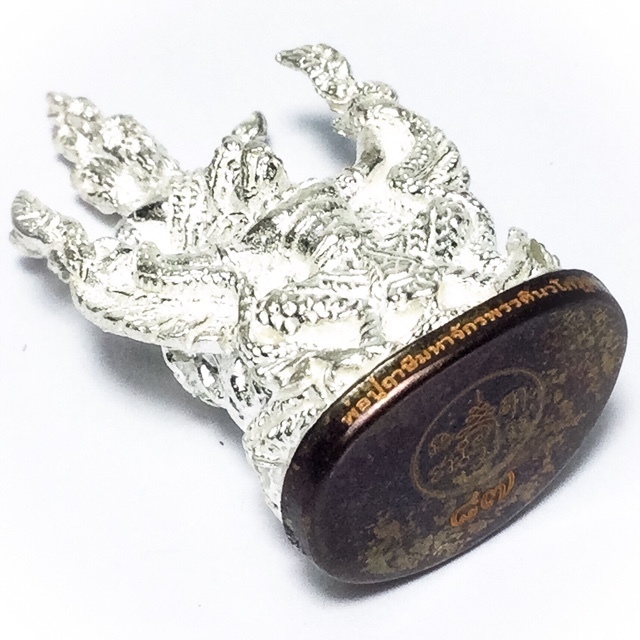 Luang Phu Nong Tammachodto is a Master of Fire Kasina Magic, and a nephew of Luang Por Derm of Wat Nong Po. He holds the Wicha of Luang Por Derm, for which he has now taken the forefront in making Loi Ongk statuettes of the Great Guru Master (L.P. Derm), according to the correct Dtamra (formulas and shool of thought) for making Luang Por Derm statuettes. 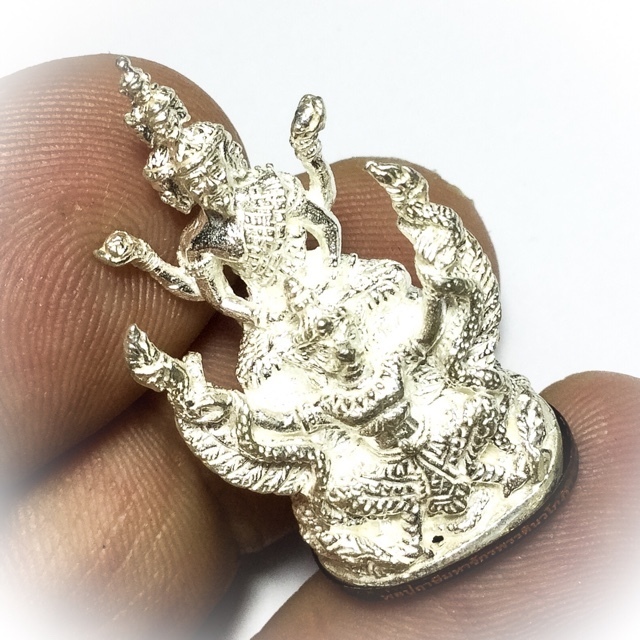 The Loi Ongk Statuettes and cast metallic amulets of Luang Phu Nong have come to be known for their long lasting power to assist the devotee, and their great beauty and high quality of design and craftsmanship. His dominion of the fire element in his empowerment methods, is the access point to all elemental magickal evocations in Thai Buddha Magic. 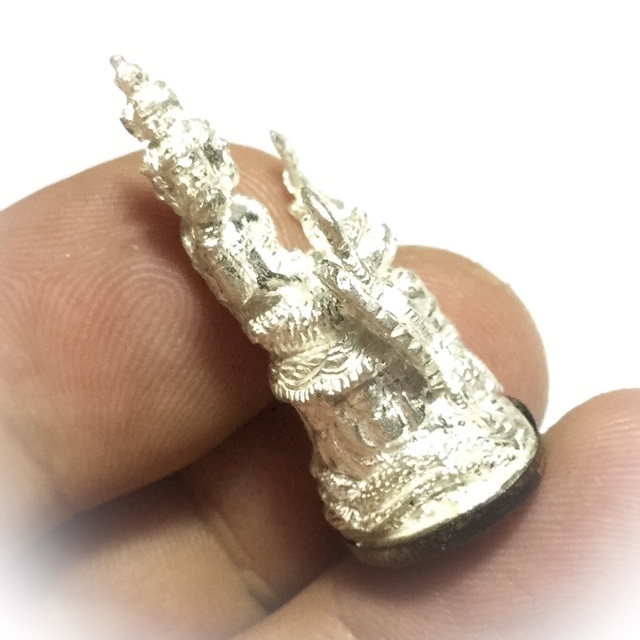 The Fire Kasina is a form of Sorcery for which Luang Phu Nong has become one of the all time present masters, for his immense confidence in invoking and indeed evoking the Fire Kasina elemental power within his amulets. 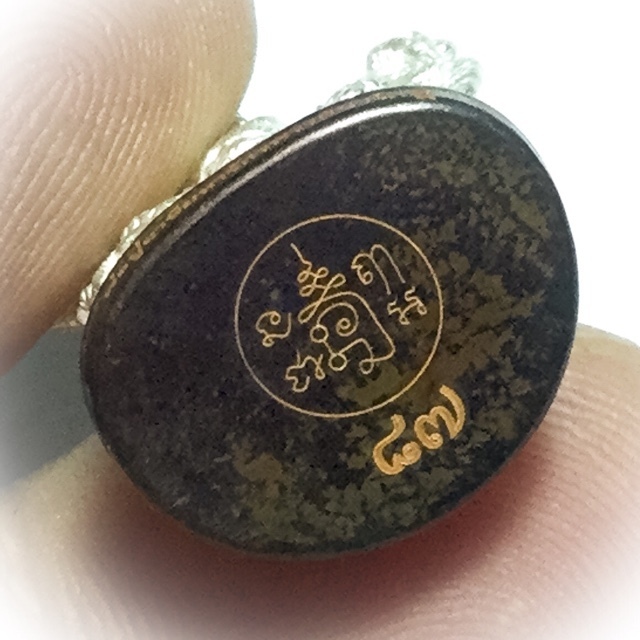 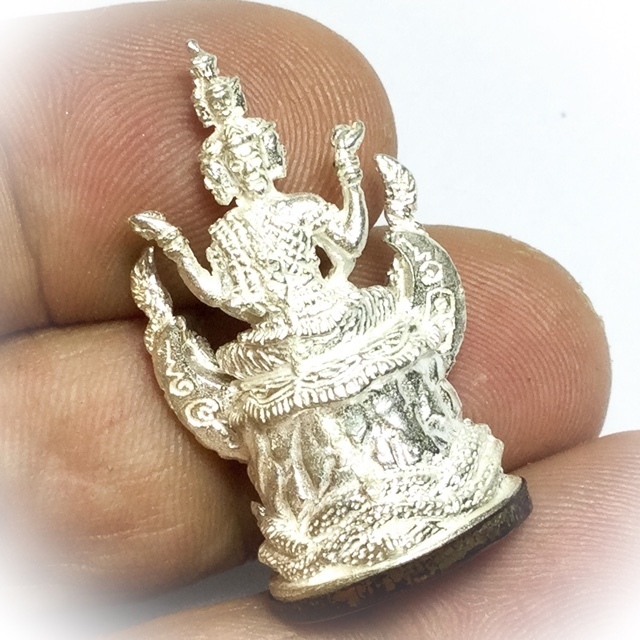 The Lersi defends these 'Wicha' etheral knowledges from both the ignorant who wish to destroy them, as well as the ignorant not ready to learn them. The Lersi commands respect and gives knowledge to those ready to accept the power that comes with the Lersi Path. Worshipping the Ruesi brings a full range of blessings and protective magic of the Boroma Kroo and the Immense Power and Protection of the 108 Ruesi Hermit Sages. 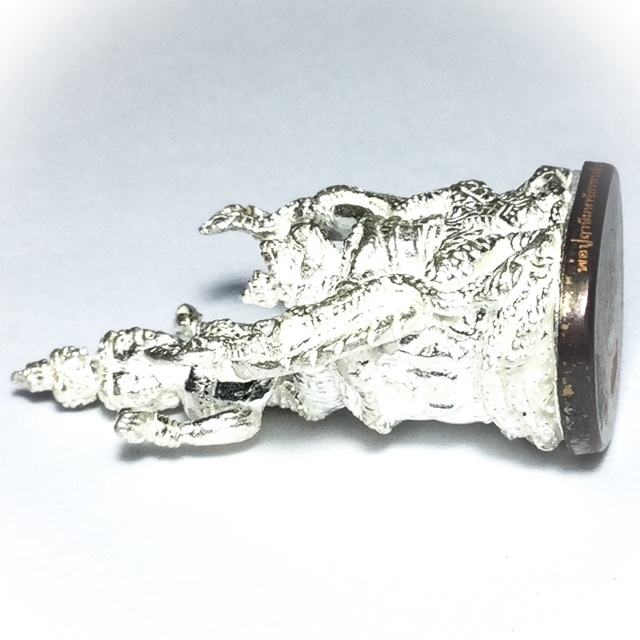 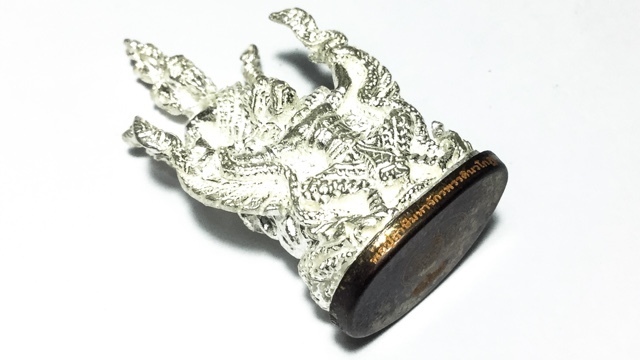 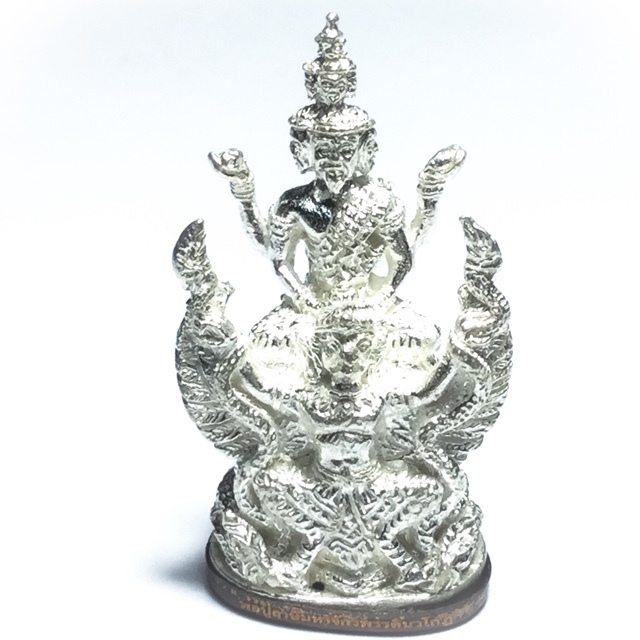 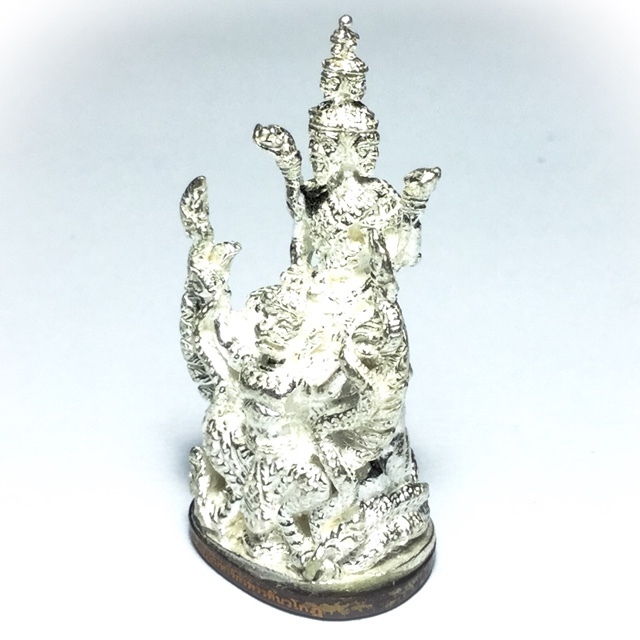