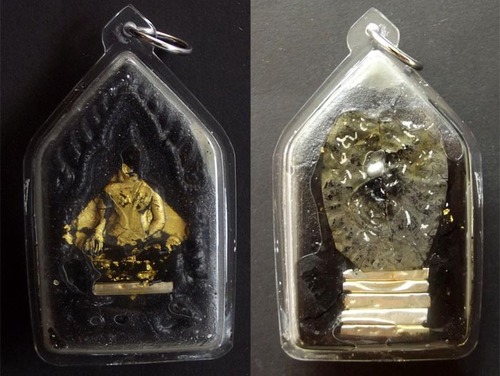 Like the Khun Phaen Taewada Long Hong, the Khun Phaen Gariang Kor Ma Ongk Kroo is yet another Extremely powerful Maha Sanaeh charm and business amulet from Luang Phu Bpan. This edition is a very limited special edition released as the Masterpiece of the range. Luang Por Bpan is no longer with us and his amulets are now becoming extremely rare to find, in fact they are almost impossible to find. 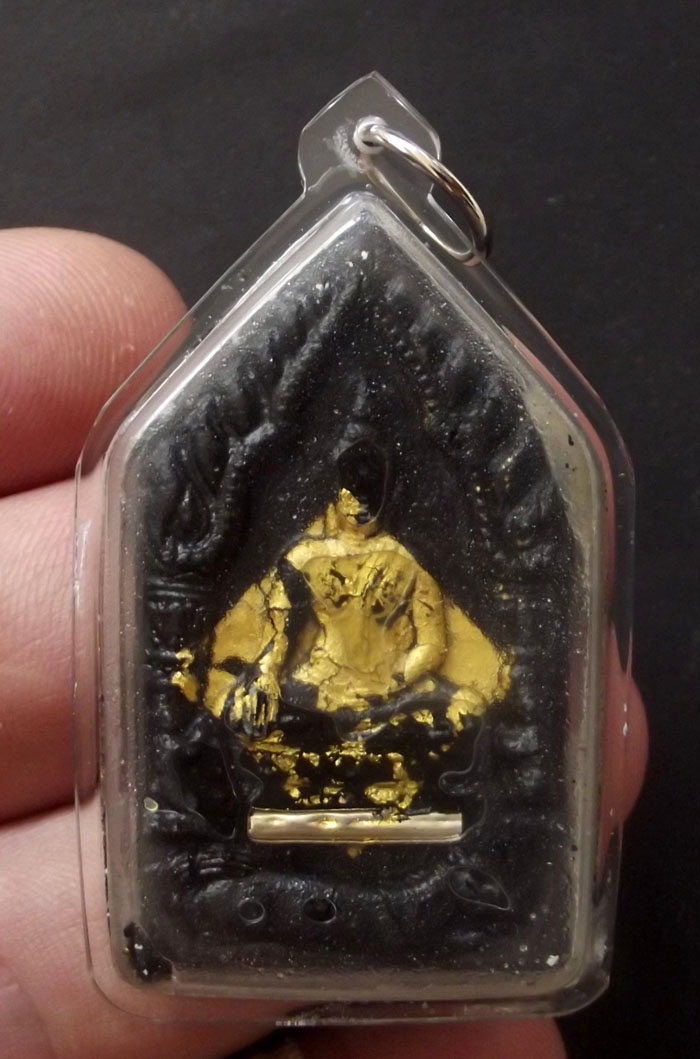 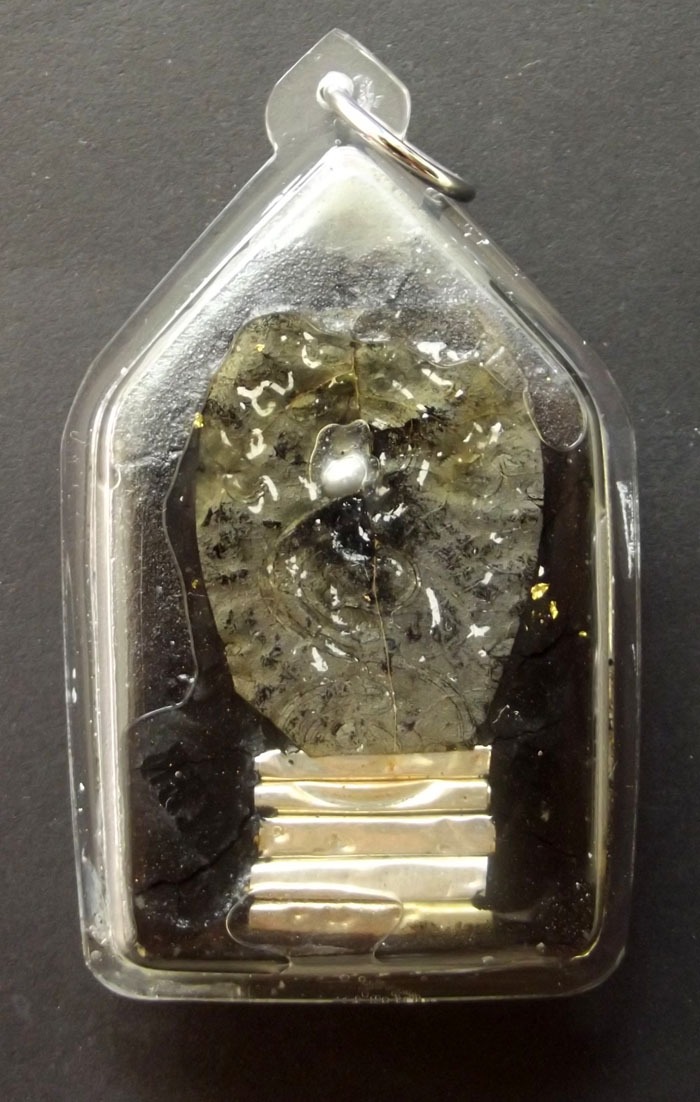 The rear face has five gold Takruts in it and a sacred Yant inscribed. The Muan sarn ingredients of the sacred powders have the usual immensely rich measure of sacred aromatic, herbal, mineral and oil ingredients, which have come to make Luang Phu Bpans amulets become immensely sought after. A leaf of 'Mayom Sek' is pasted on the rear face. Thailand-Amulet.net is eager to recommend this Masters amulets, because till now, every person who has obtained one from us, has given later feedback telling us that they had increased business success after recieving the amulet.Free stainless steel casing included. 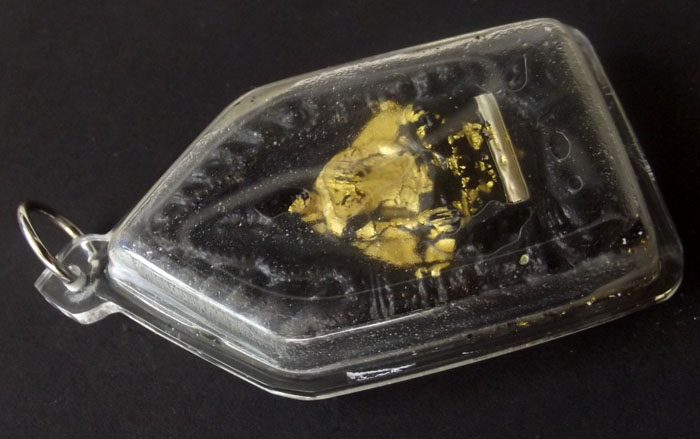 The amulet has been empowered with the Golden Takrut Hua Jai Maha sanaeh spell (heart mantra of charming magic)  and Tong Sariga Gariang Kor Ma (Sariga bird charm gold leaf). 3 Takrut Hua Jai Na Long Hlai Montr Gariang Kor Ma are embedded in the back face, and a further two Takrut Hua Jai Ma Saep Nang (In Ma horse and lady Deity). The bottom of the amulet has 4 silver Takrut Pook Jai Koo (Takruts to bind the hearts of a couple). Bai Mayom Sek is pasted on the rear face, and a real Pearl is inserted in the top of the rear face. A limited numbered code is embossed on one side of the amulet. The amulet is immersed in Nam Man Payakkanaree Maha Sanaeh (Metta Charm oil with tiger maiden love Deity). The oil is to amplify and intensify the effect of the magic spells in the Takrut. 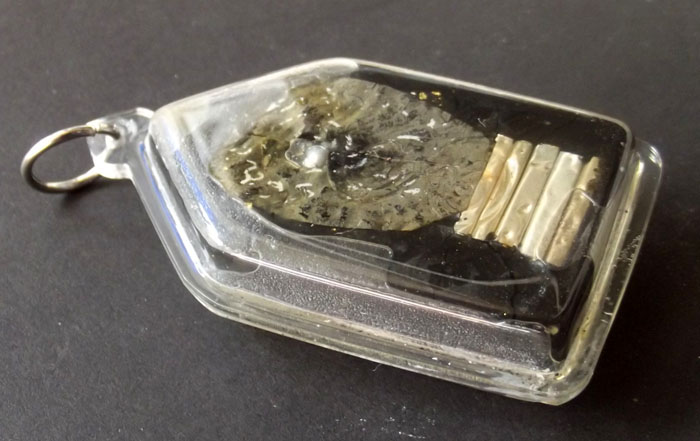 Extremely beffective for making appeals, business deals, sales, gaining the heart of lovers, and some say even gambling.

Kata for all amulets which use the Wicha Gariang Kor Ma.