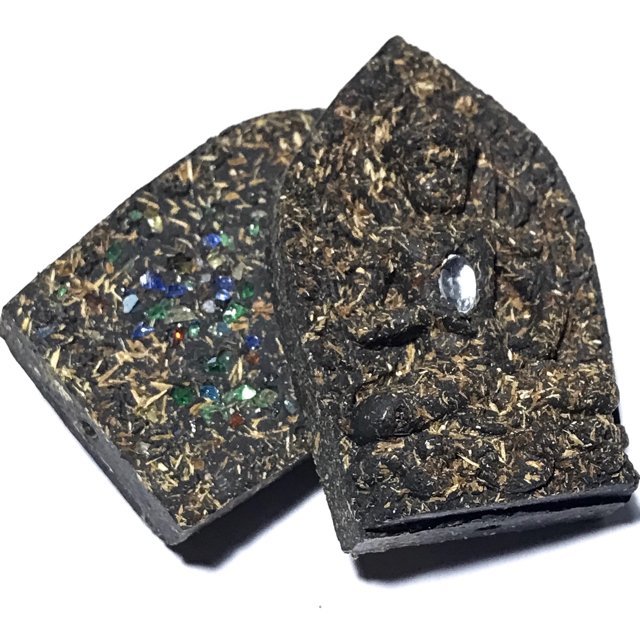 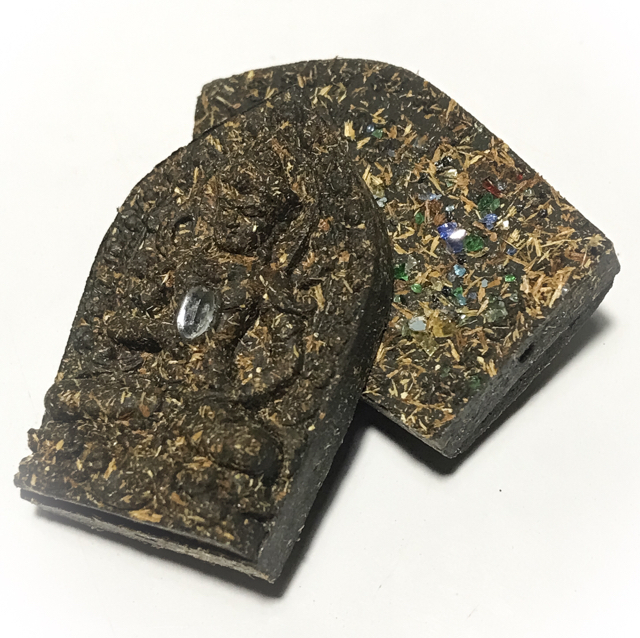 The traditional way to wear this amulet is to hang it around your neck on the outside of your clothing, for maximum Maha Sanaeh Metta Mahaniyom effect. The Kan Chong Magic (Mirror Magic) is also empowered to reflect Evil Energies, Curses, Black Magick, and to cause Evil Intentions to be reflected back to the person who sent them. 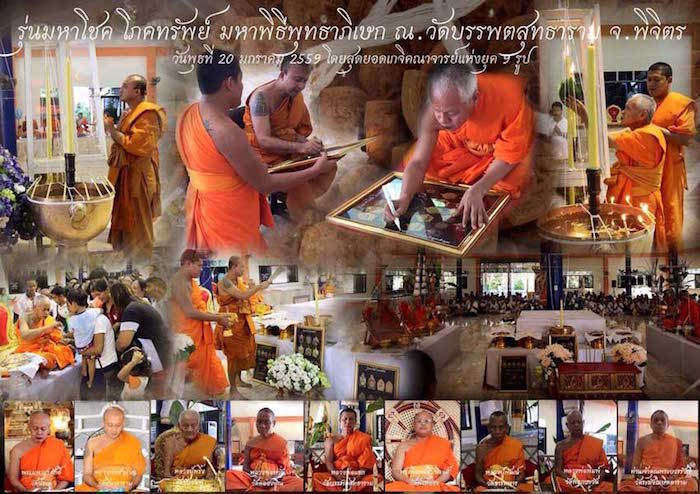 Made with extremely rich Muan Sarn Sacred Powders, composed of Herbs and Pollens, and Yantra Powders (Pong Lob). This special edition was made to raise funds for the building of the Uposatha shrine room at Wat Banpot Sutaram, with four different versions of Pra Khun Phaen in the series. 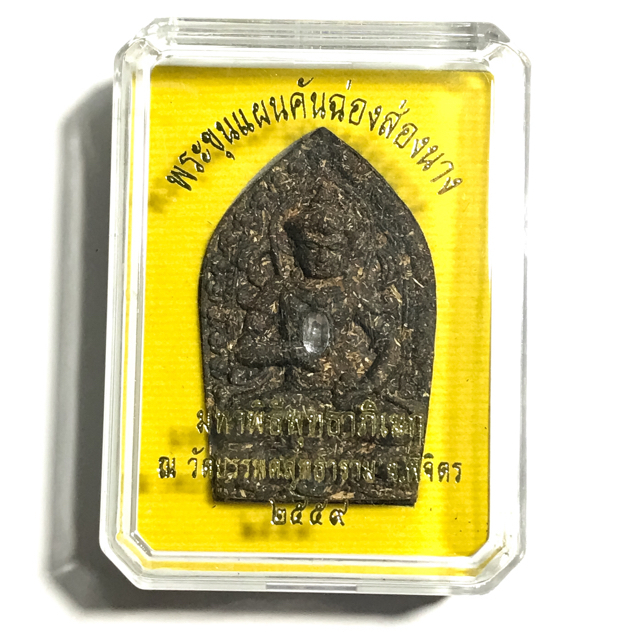 The Pra Khun Phaen Kan Chong Song Nang is endowed with a very similar style of Magic as the Sangkh Tong Ngao Pha Plaeng Roop Wicha, which melts hearts and induces mercy and generosity in the hearts of those who approach. 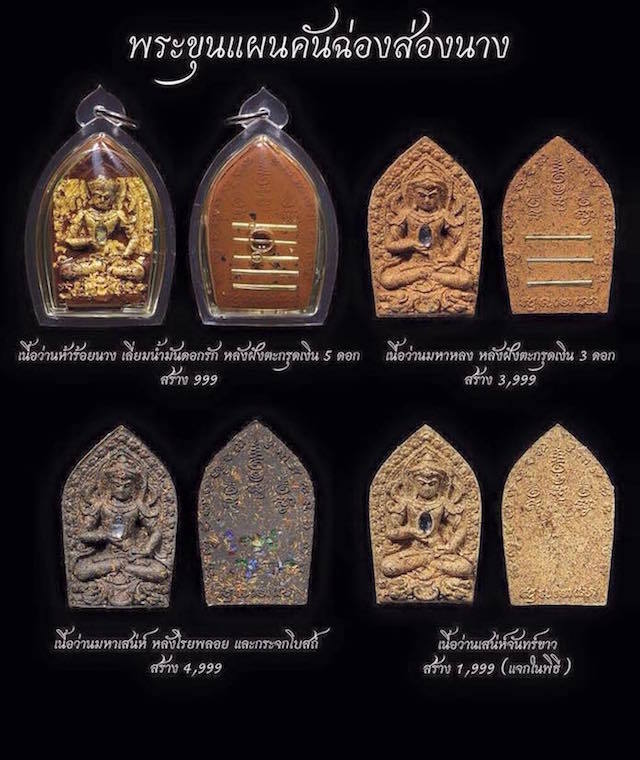 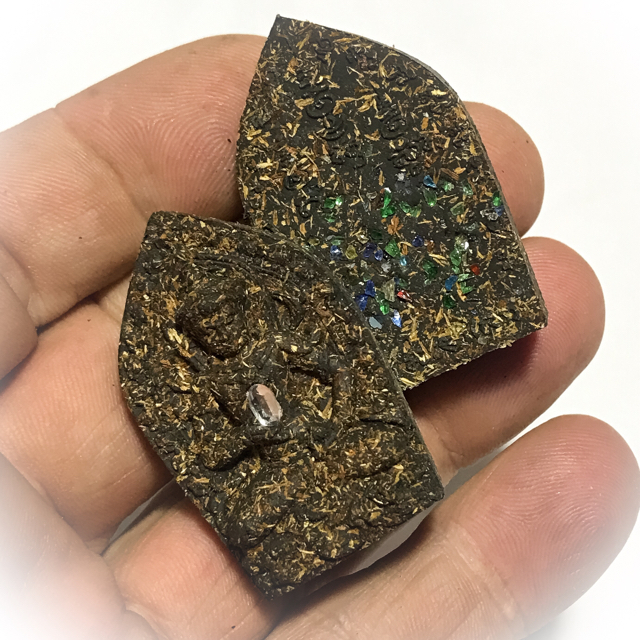 The Muan Sarn Sacred Ingredients used for this edition was mixed into four main admixtures; 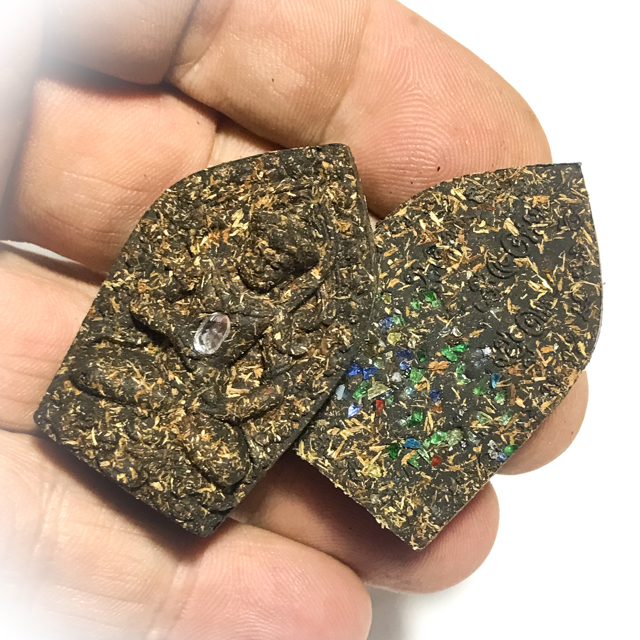 All of these formulas were made by mixing a main base Muan Sarn made from a large number of magical ingredients, and then adding a large does of each specific substance for each of the four different types of clay. 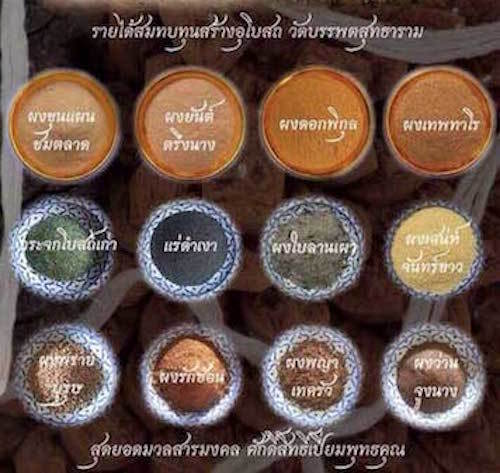 Some of the individual herbal and other sacred ingredients involved in the making of these various formulas, include the following; 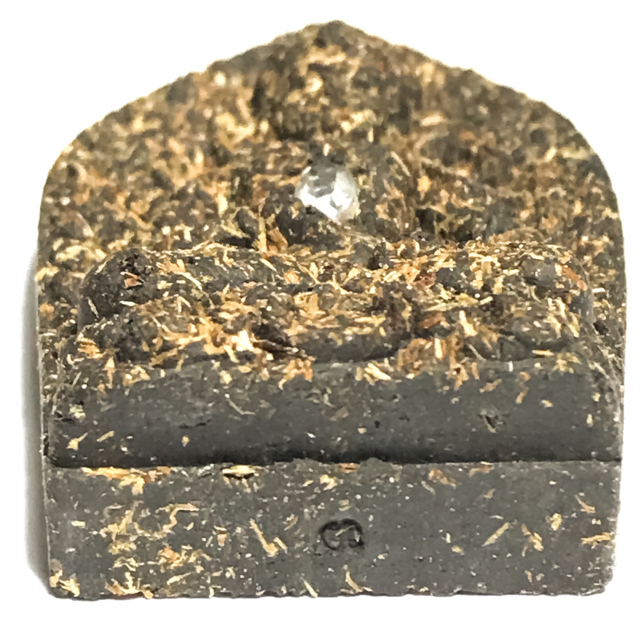 This Pra Khun Phaen amulet does not stand in the shadow of others, and is eminent in both the Muan Sarn Sacred Powders content, as well as the sacred Blessing, with the additional reassurance that the funds of this edition have served a truly useful purpose for Buddhism. If we consider the fact that the power of faith can 'move mountains' (Miracles), then we can also see that one important ingredient of Miraculous Events, is that the Devotee him or herself feels filled with faith and inspiration from the amulet they wear.

If the amulet inspires faith and rapture, then of course, this increases the chances of a Miraculous Connection Occurring in the right time and place, when it is needed, and may save your life, or change it for the better in unforeseen ways. 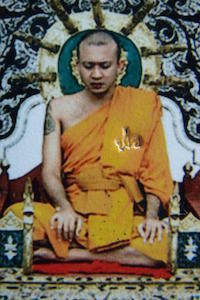 Luang Por Chamnan is a great monk with great future same as many other masters of the past such as Luang Phu Tim Issarigo, Luang Por Kasem, and Luang Phu To, because he makes 90% of his editions at other temples, to help them raise funds.

So many editions dont get heard of, except the most fanatical devotees who follow every movement of this very busy and selflessly diligent monk. Indeed, this master blesses and releases many editions per year in his name with his blessings, to help smaller temples develop, by letting them keep the money from the amulets he blesses.

His many editions make for a vast compendium, which have alll become highly favoured and rare editions over the many years of his Patipata. He adheres to the principle of high quality craftsmanship and artisanry, and only the most sacred and authentic muan sarn ingredients, to preserve the Traditional Methods and Practices of Thai Buddhist Amulet making. His amulets are almost always sellout editions, and mostly sell ot and disappear from the public marketplace within a very short time after release. 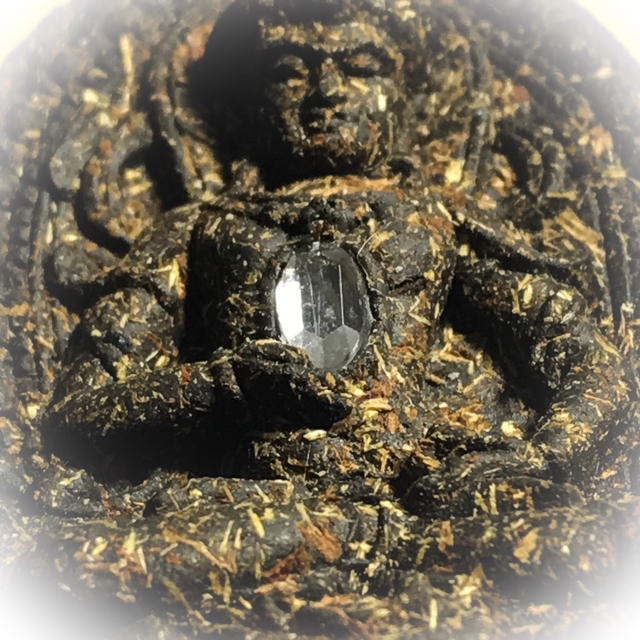 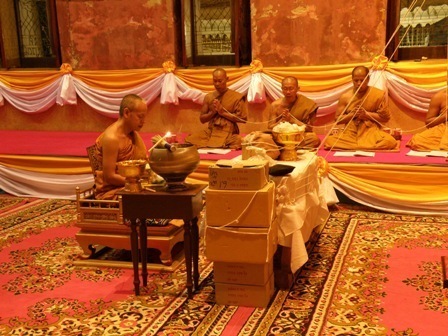 The same can be said of Luang Por Pra Maha Surasak, of Wat Prado Pra Aram Luang, who is always invited to be present in all Great Ceremonies of National Importance, including those at Wat Sutat, and Wat Rakang Kositaram.

But he is seen to be present on the most important Empowerments and Buddha Abhiseka Ceremonies around Thailand's Greatest temples. He is popular with Devotees all around South-East Asia, in Hong Kong, Malaysia, Singapore, Taiwan, and Indonesia. 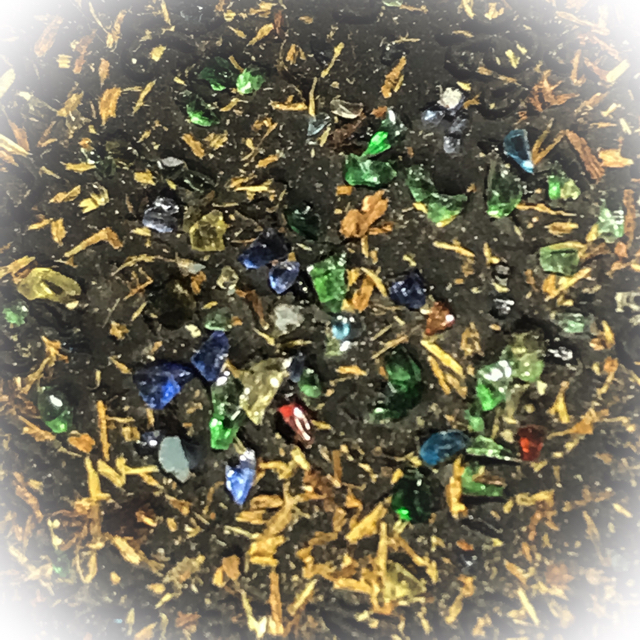 It can be seen then, that both Luang Por Chamnan of Wat Bang Kuti Tong, and Luang Por Pra Maha Surasak, are two monks who are known to release most of their Amulets in different temples to help the smaller Temples to raise funds to develop their facilities. They are highly respected for this, not only by devotees around the country and south east Asia, but also within the High Sangha, for their selfless dedication to the work of preserving and nurturing the Buddhist Faith. 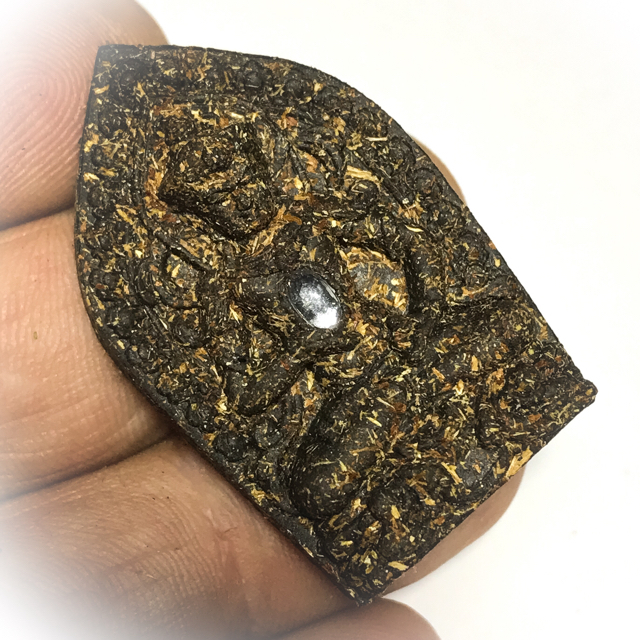 Both monks are high status monks of National Importance, with hundreds of thousands of Devotees World-Wide. The power of their amulets is tried and tested by Devotees around the world over many years now, and their amulets remain amongst the most popular of all monks in the present Era. 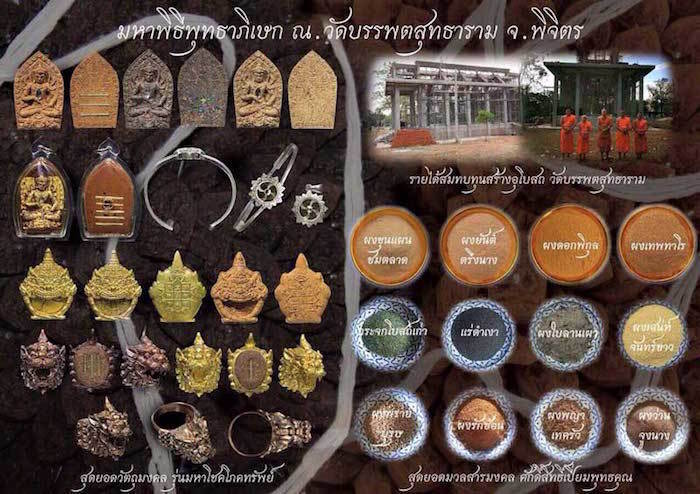 This edition is yet another one of their meritorious deeds, to allow their famous name to be used and bestow their powerful blessings, to create popular Amulets of high sacred value, to help the smaller Temples, which are in much more need of funds. It's also much more inspiring to rent an amulet knowing that it is helping a temple with real need. 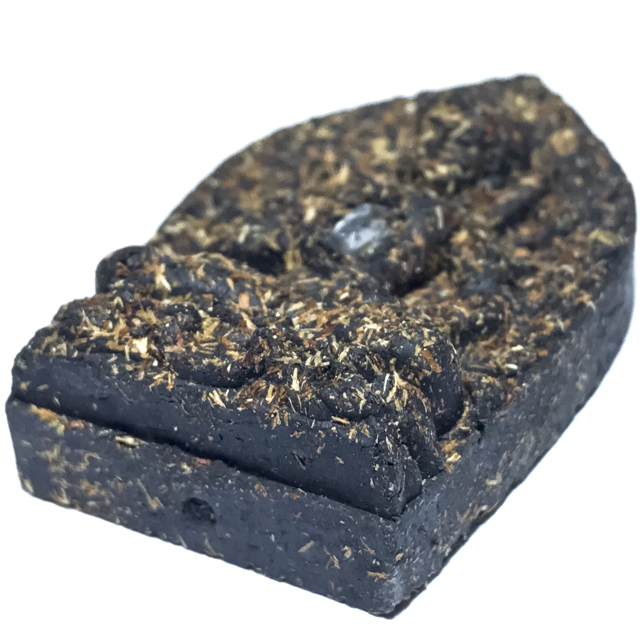 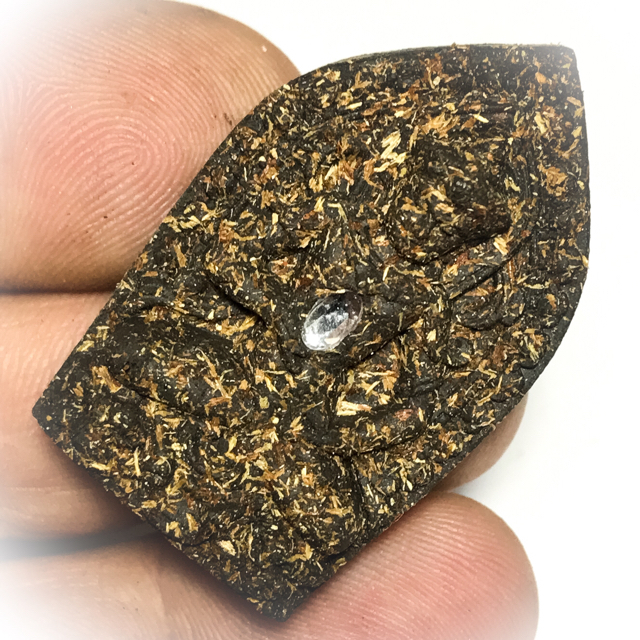 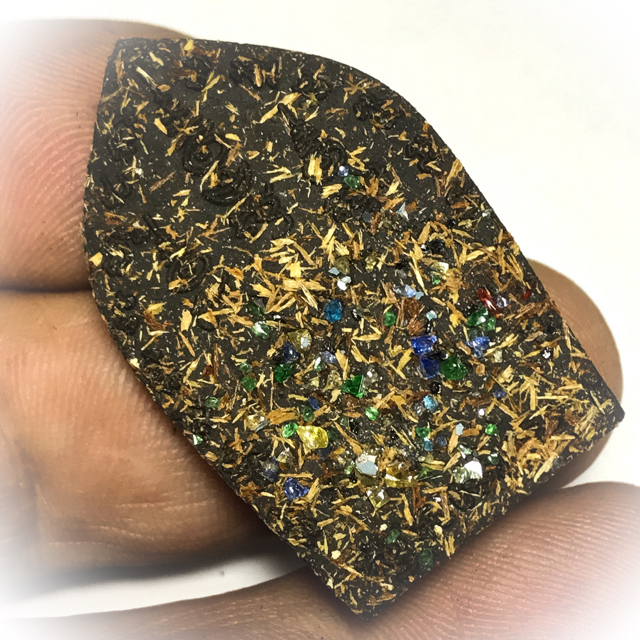 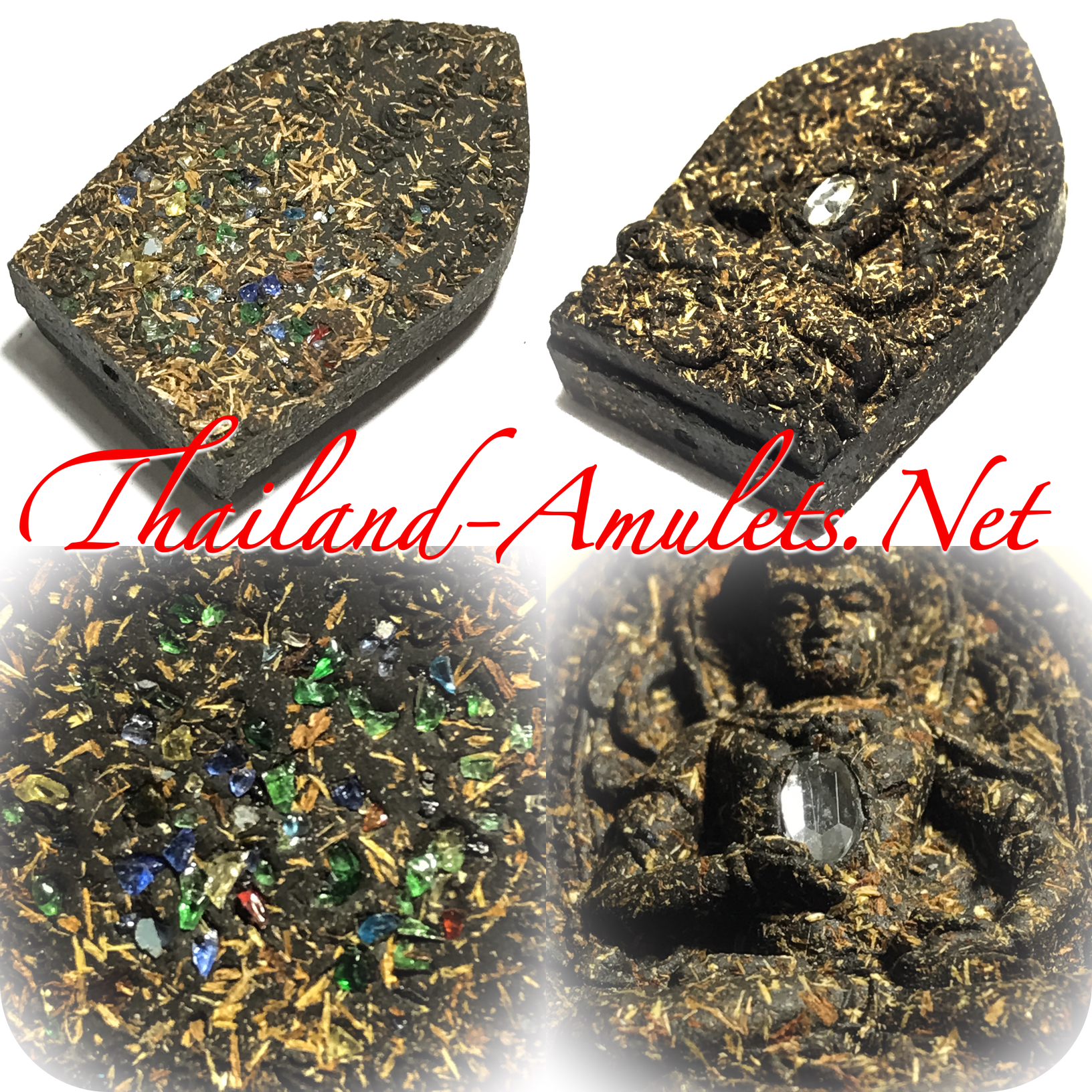