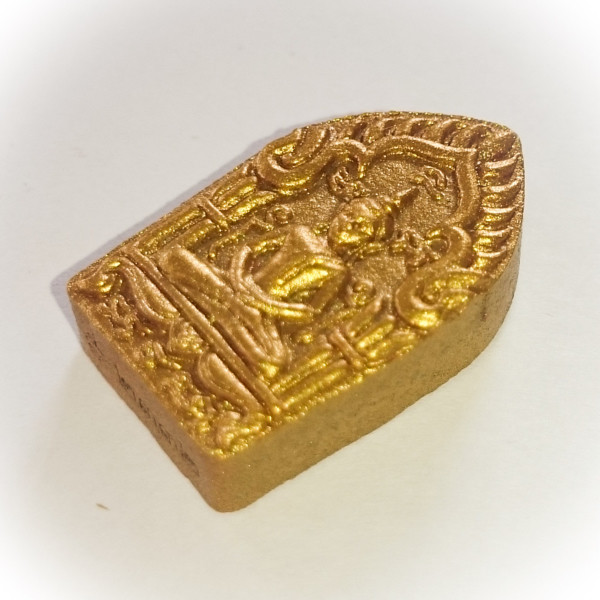 Pra Khun Phaen Pong Prai Kumarn Prai Tong 2556 BE Edition Pim Lek (Small Pim Model) - Luang Por Sakorn - Wat Nong Grub (Rayong). This was one of the very last editions to be released before the passing away of Luang Por Sakorn, and is now a highly preferred amulet for the fact that it was blessed with the solo empowerments of Luang Por Sakorn in solitary within the Hor Prayant An Saksit (Sacred Yant Shrineroom), and was the last full blown solo empowerment made on a single edition by Luang Por.

We particularly like this model for the fact that Luang Por has shown before his passing with this sign in the form of a new design of Khun Phaen, that he no longer stood under the shadow of his mentor Luang Phu Tim, and was allowing us to see that he had attained equal level of Mastery. This was shown by branching off from the original design, and bringing his own wicha into the Dtamra as the extended continuation of the Lineage Sorcery Tradition of Wat Laharn Rai and Wat Nong Grub. 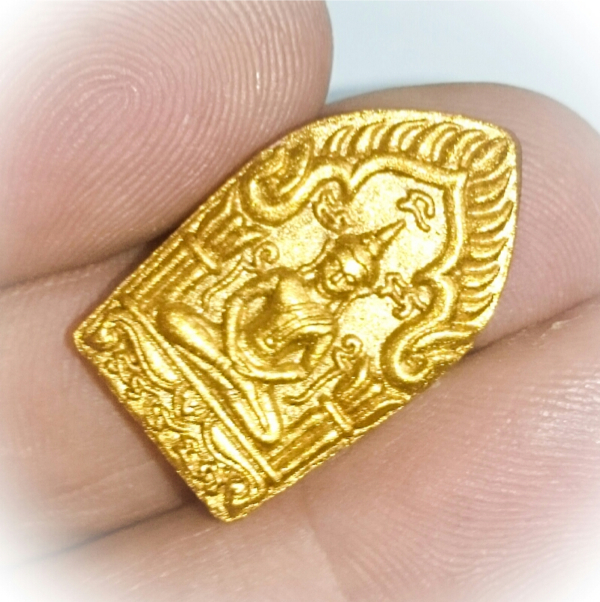 Strangely, the edition did not take off as it was freshly released, because of the different design, which is always hard to get devotees to change from the tradition and adapt to a new model, but Luang Por truly wished to add his own development to the history and trajectory of the Khun Phaen Prai Kumarn Amulets, and continue the trajectory forwards, and develop a more detailed and aesthetic design for the front face image.

The edition took off after documentation arrived and much more since the passing away of Luang Por, making this edition somewhat a prodigal son, who was overlooked at first, but which has now become a great treasure in the eyes of the serious collector. 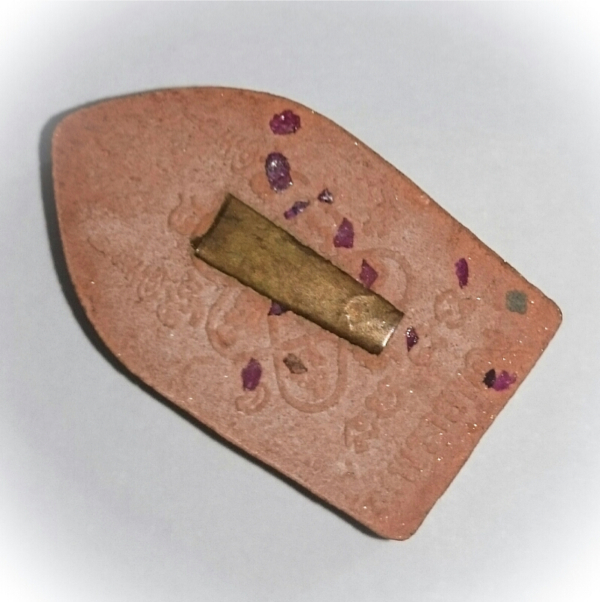 This particular model is in Nuea Wan Sabu Luead; a reddish pink powder susbtance made from a magical herb, whose name indeed means 'Soapy Blood Herb'. The amulets were made in Pim Yai (large) and Pim Lek (small) models, with gold leaf pasted on the front face (of this model, howver not all models had gold leaf). The rear face has a single Takrut Tong Daeng (sacred copper alloy), with fragments of Ploi Sek maha Pokasap gems sprinkled into the rear face of the sacred powder amulet. 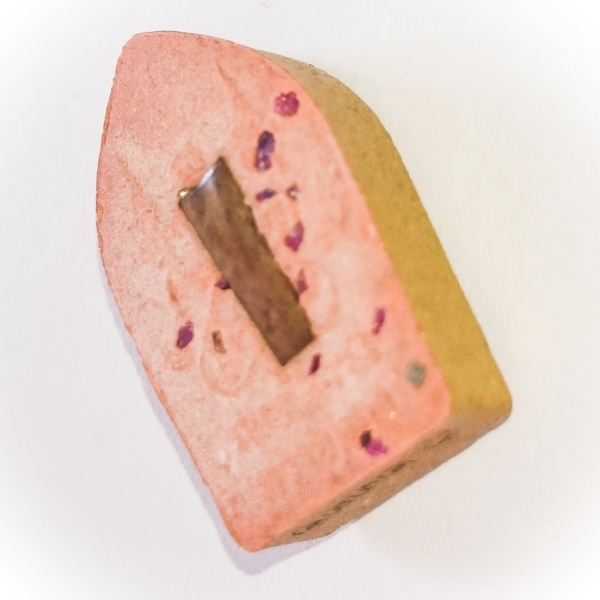 You can view a video and narrative of the Pim Lek version of this amulet in the below video. 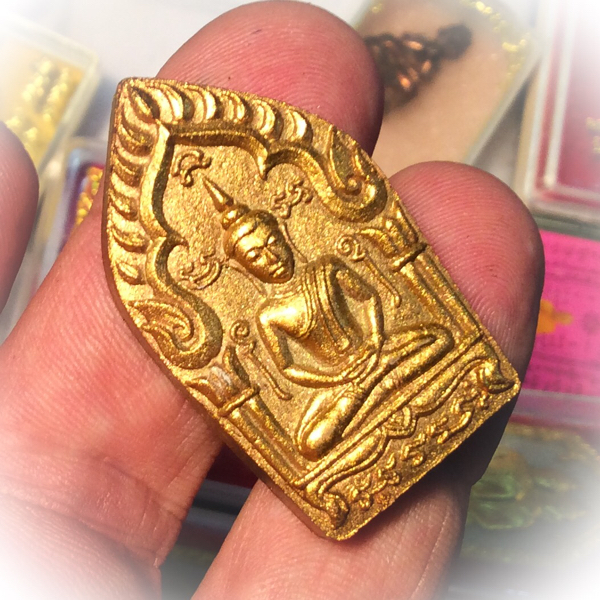 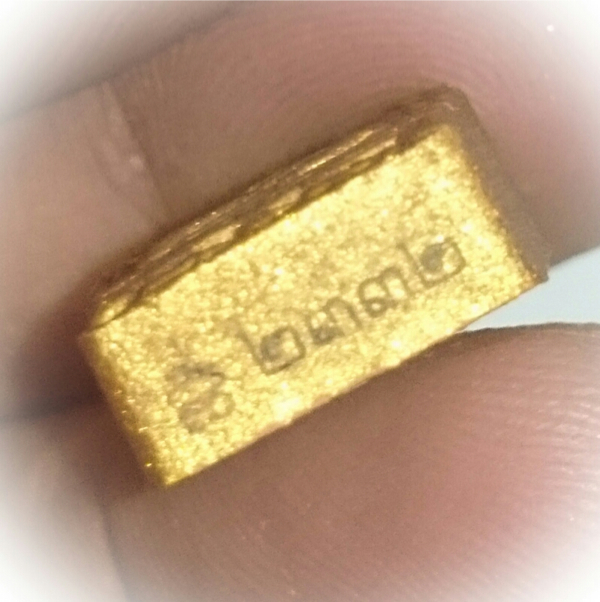 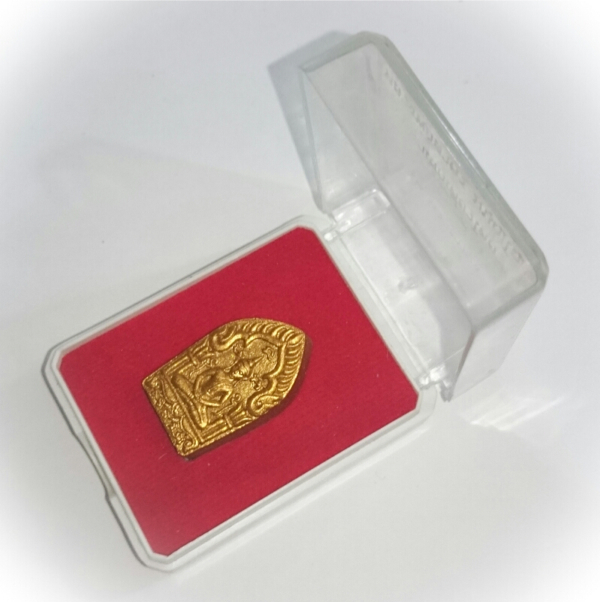 Those who are Looksit of Luang or Tim, are usually also Looksit of Luang Por Sakorn as the Continuation of the Lineage. Made from the Finest Pure Puttakun and Prai Kumarn Powders, which if looked at under the magnifiying glass reveal an intensely concentrated mixture of sacred powders of high quality.

The amulets were made in Pim Yai and Pim lek (large and small) models in each different type of Sacred Powder. You can see the larger Pim Yai next to this Pim lek smal model in the below images, for visual comparison. This Pim Lek is highly recommended for Ladies as well as Gay Males, for its very delicate small size and subtle features. 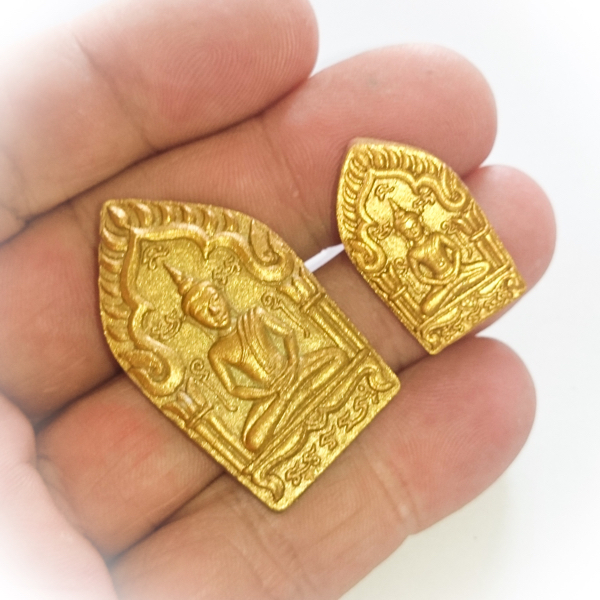 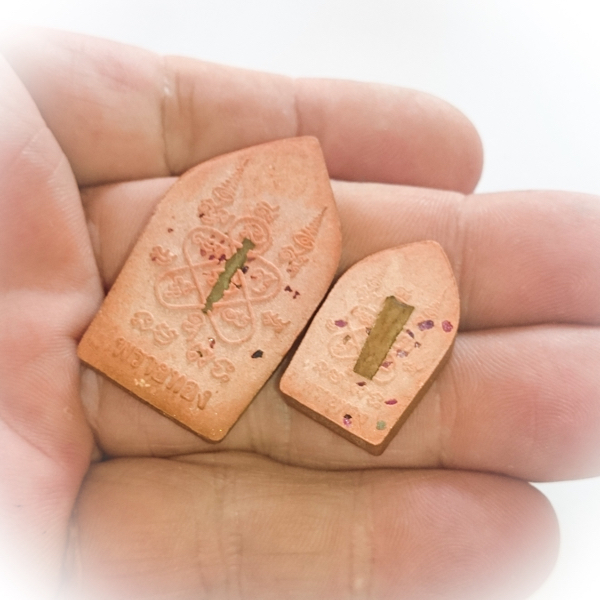 Yet another classic to enhance your protection and luck, increase mercy, and expand your collection showcase of Luang Por Sakorn amulet. 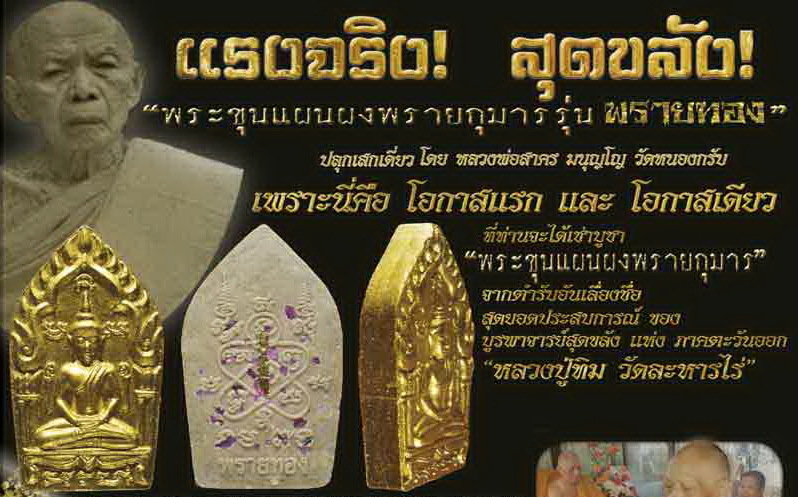