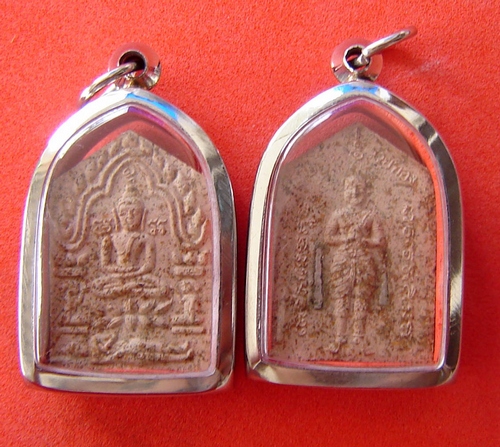 This amulet was made to raise funds for the new Sala Maha Guson building which LP Rit is constructing at Wat Chonlapratan. The front face features a Buddha in meditation whose lotus throne floats over a Kumarn Tong who lays down underneath it, and two Kumarn flanking the Buddha. The rear face features double Sariga bird Takruts and one Kumarn Tep Deity. This amulet is small in size and suitable for Male or Female devotees. Although the amulet is a Khun Phaen, Khun Phaen himself is not featured on the front face (as is the case in at least half or more of the amulets called 'Khun Phaen'). This is due to the fact, that actually, traditional Khun Phaen amulets were never made t represent Khun Phaen, rather were true Buddha images. 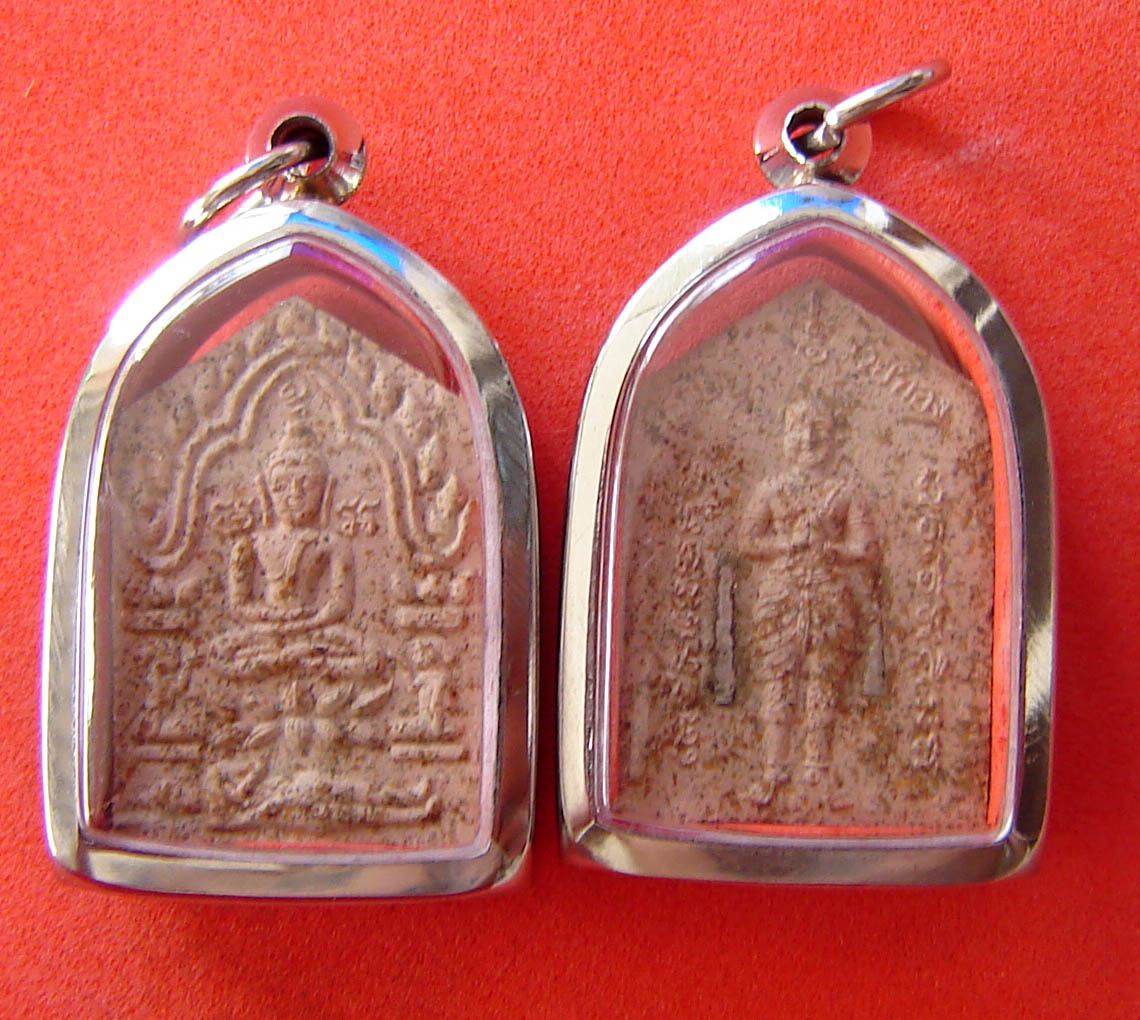 It was only after the finding of the Khun Phaen Ban Grang amulets in Supannburi, and the subsequent success in attracting business and lovers experienced by those who wore them, that the comparison with the amazing charm of the Khun Phaen legend was made, and the name 'Pra Khun Phaen' was given to the Buddha amulet. For this reason, (Quote Ajarn Spencer Littlewood)"When people ask me if a woman can wear a Khun Phaen amulet, i always say yes, except for in the case of Khun Phaen amulets made more recently with the real image of Khun Phaen himself instead of Lord Buddha on the face". 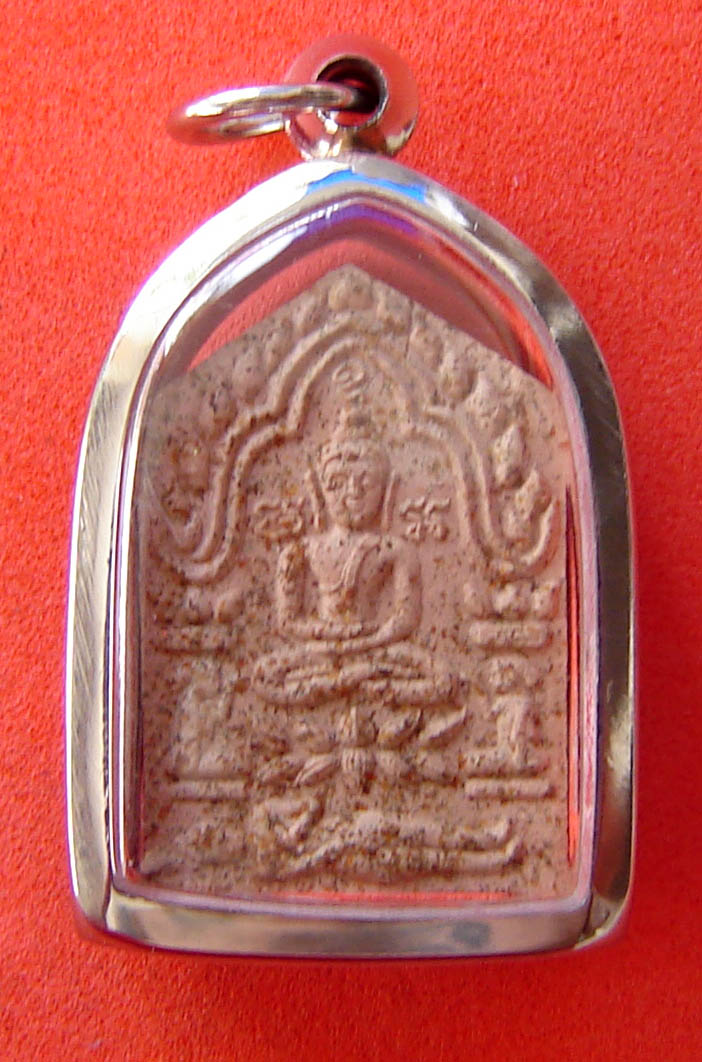 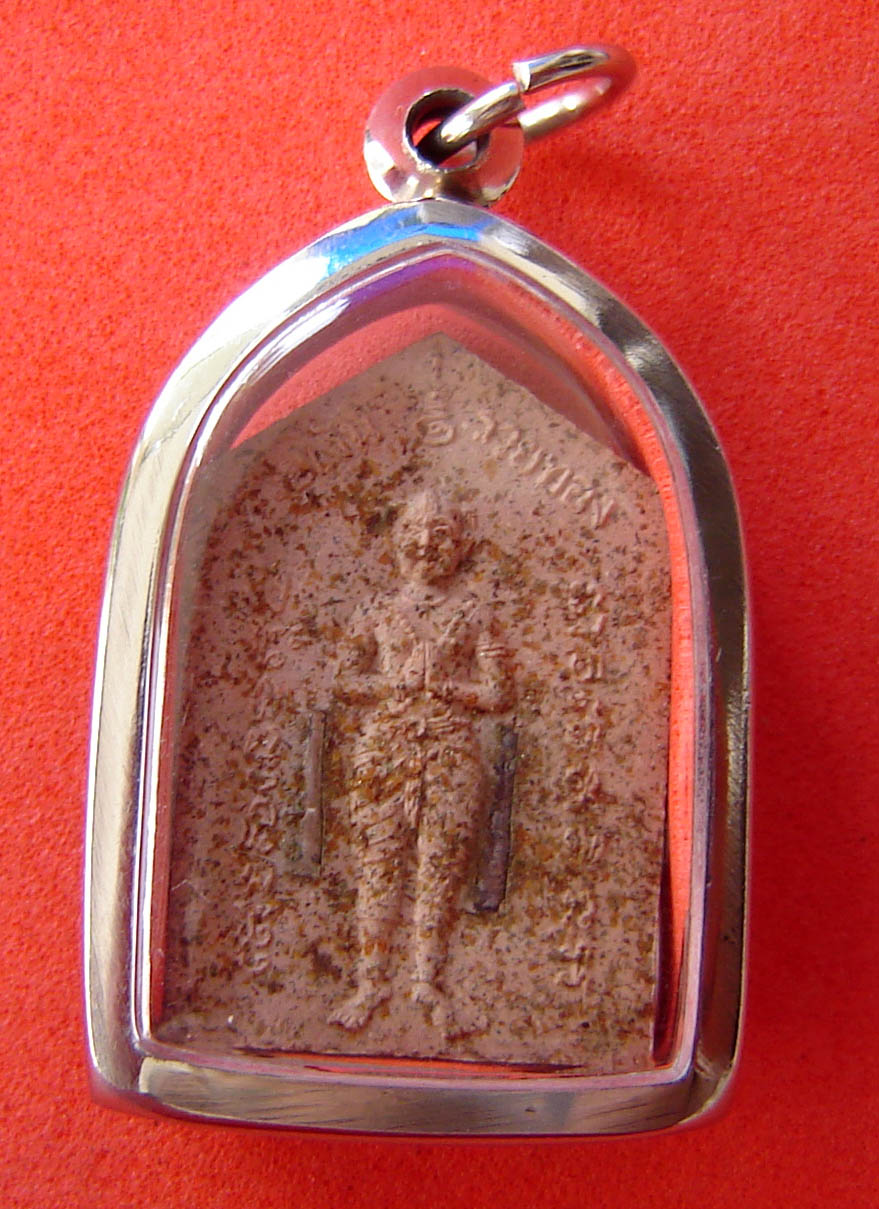 If we consider though, that the amulets which made Khun Phaen famous for Maha saneh in the first place were Buddha amulets and not Khun phaen images, this assumption is perhaps erroneous, and has caused a development of a new kind of amulet which has yet to prove its worth to be equal to that of the Buddha images which first were given the name 'Khun Phaen'. 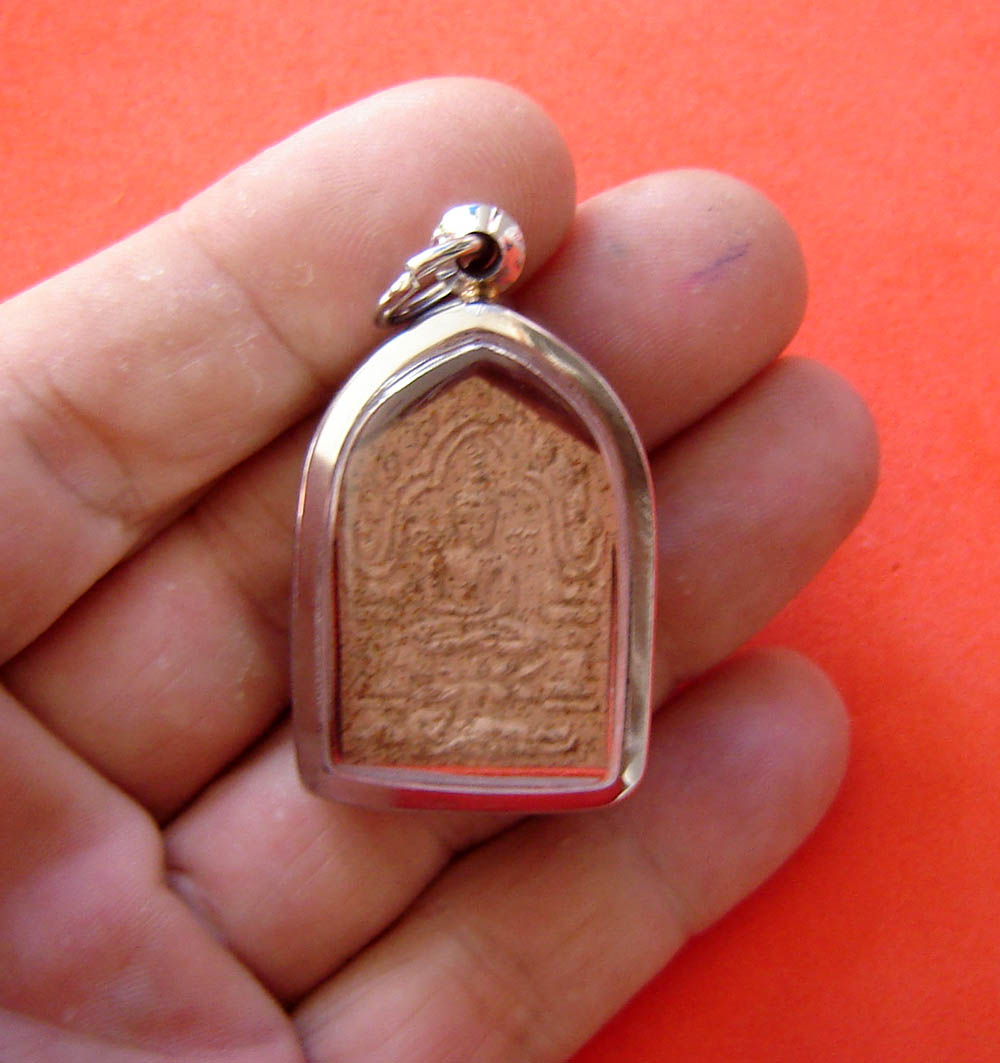 The reason for the Khun Phaen Ban Grang amulet having been named Khun Phaen due to powerful charm effect, was most probably that Khun Phaen himself lived near the temple of Wat Kae and Ban Grang, and the locals thus used one of their local legends as a comparison and nickname, in order to 1. remember their heritage and 2. promote and market their province.

In conclusion, this amulet is called Khun Phaen but has a Buddha image on it, and can be worn by either sex. It has the same amount of Metta power, whichever way you look at it, or how you call it.. names being an imaginary matter in all circumstances. 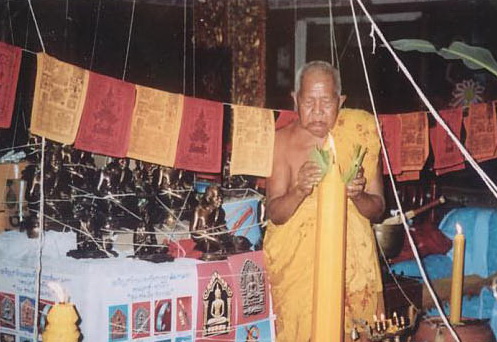 Pra Kroo Intawarakun, or, ‘Luang Phu Rit Radtanachoto’ – Abbot of Wat Chonlapratan in Buriram. LP Rit is a Master Gaeji Ajarn of the Isan country, who has many faithful devotees in both Thailand as well as International territories. Apart from his famous Jing Jok amulets made from Deer Horn (Khao Gwang), LP Rit is also known for his Tagruds and his ‘Khunphaen Prai Gumarn’ amulets, which have attained a name for their power of attraction due to the prai oil in the amulets. Few Khun Phaen and Gumarn Tong amulets have real prai Oil in these days, for which LP Rits Gumarn and Khun Phaen amulets are worthy of wearing. The amulet mixture stays seemingly faithful to the ancient formula.