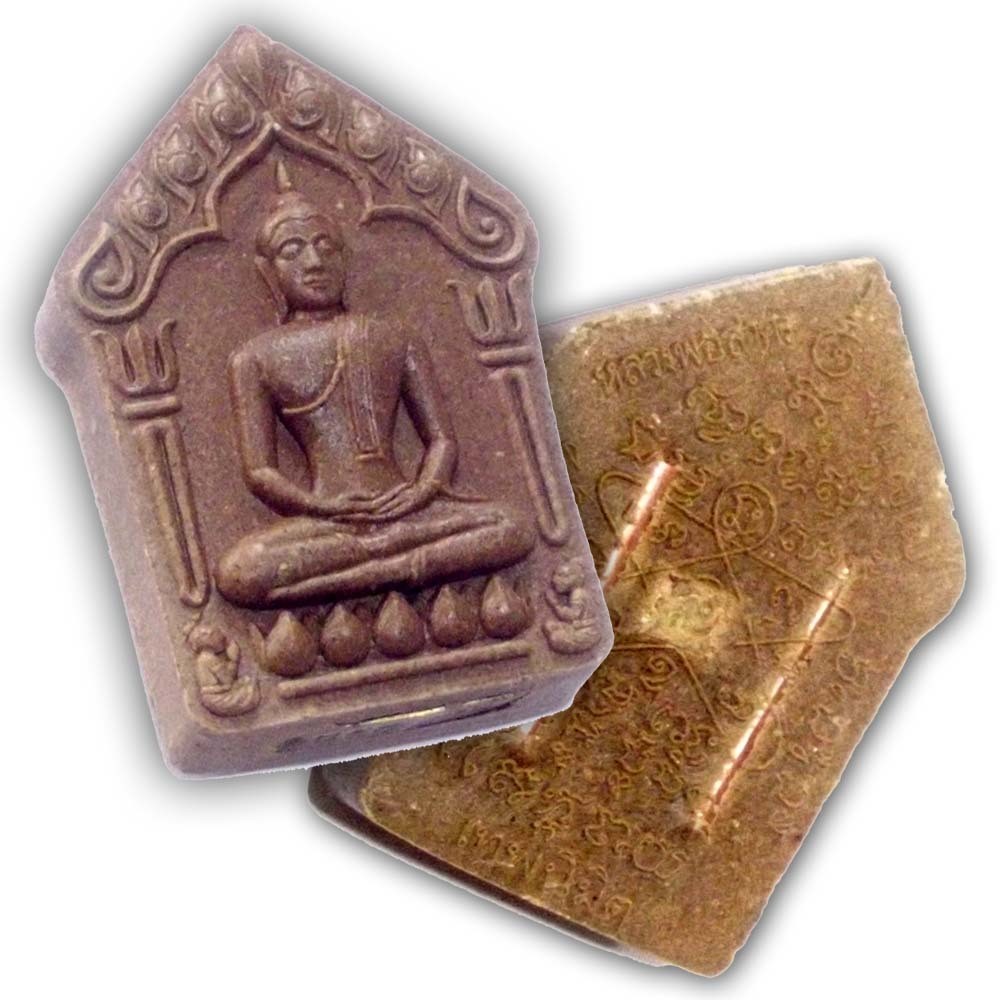 This is now an extremely rare edition in the short time since its release, due to the leaked information of the last of Luang Phu Tim's Pong Prai Kumarn powders being used up in this Edition. Wat Nong Grub itself does not make any more amulets now, but will continue to help other temples to raise funds by collaboration.

The edition was made in order to raise funds for the building of the much needed Uposadha Shrine Room Building at Wat taep Nimit Trempl in Utai Thani, in which to install the 'Pra Pratan' (Buddha Conquering Mara statue), in which to ordain Monks, and in which the Monks should Pray, and Meditate. 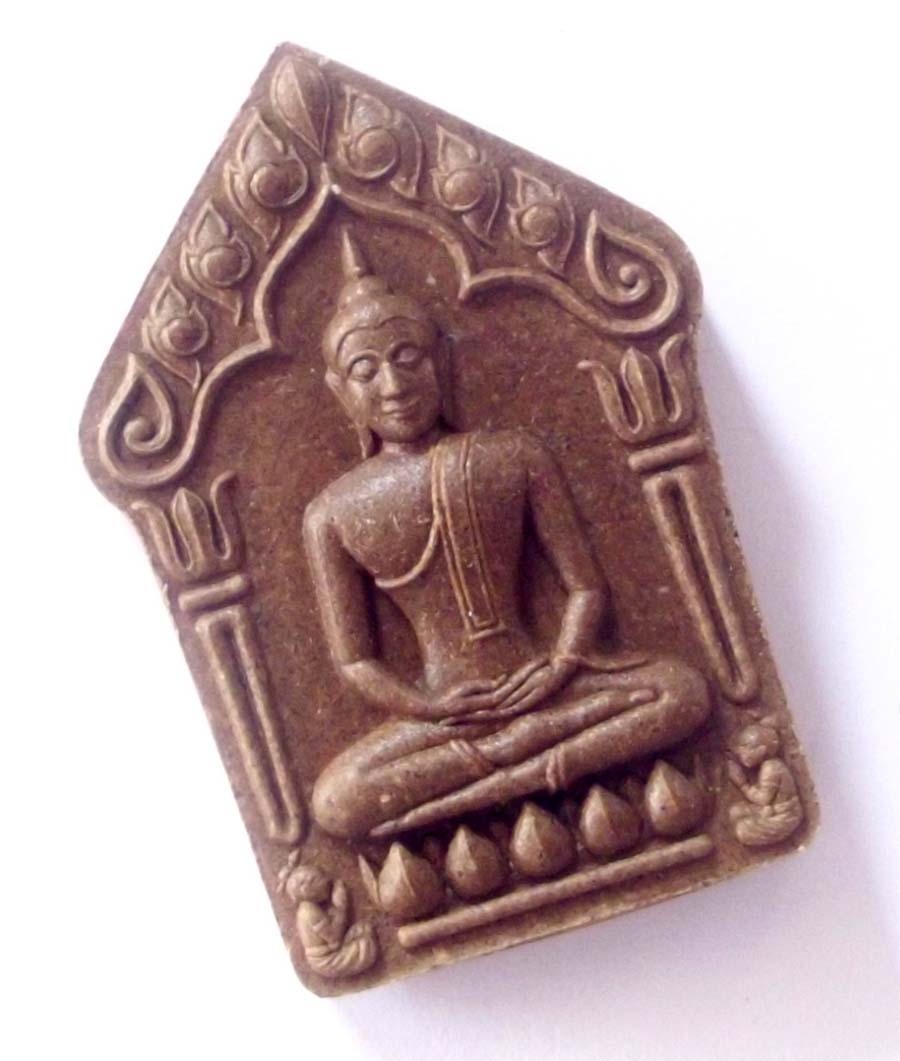 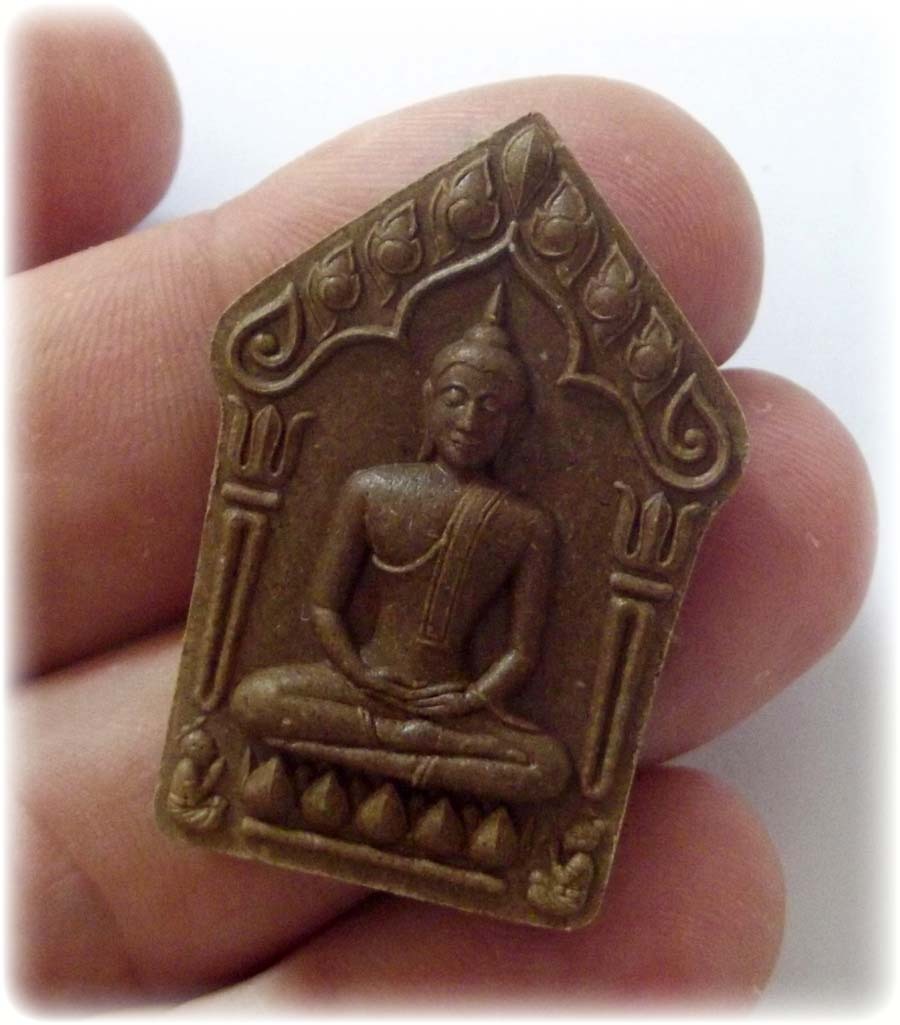 There is no other Master in Existence for whom the Pong Prai Kumarn Powders are more well known or believed to be most Powerful, Luang Phu Tim is the Master of all Masters of the Wicha pra Khun Phaen Prai Kumarn, and Luang Por Sakorn is the direct Lineage Continuation Master, whose amulets are now becoming as popular as those of his Mentor and Forebearer, and have a 100% certainty of becoming future Priceless Sacred Amulets of the Highest Level of Acceptance. 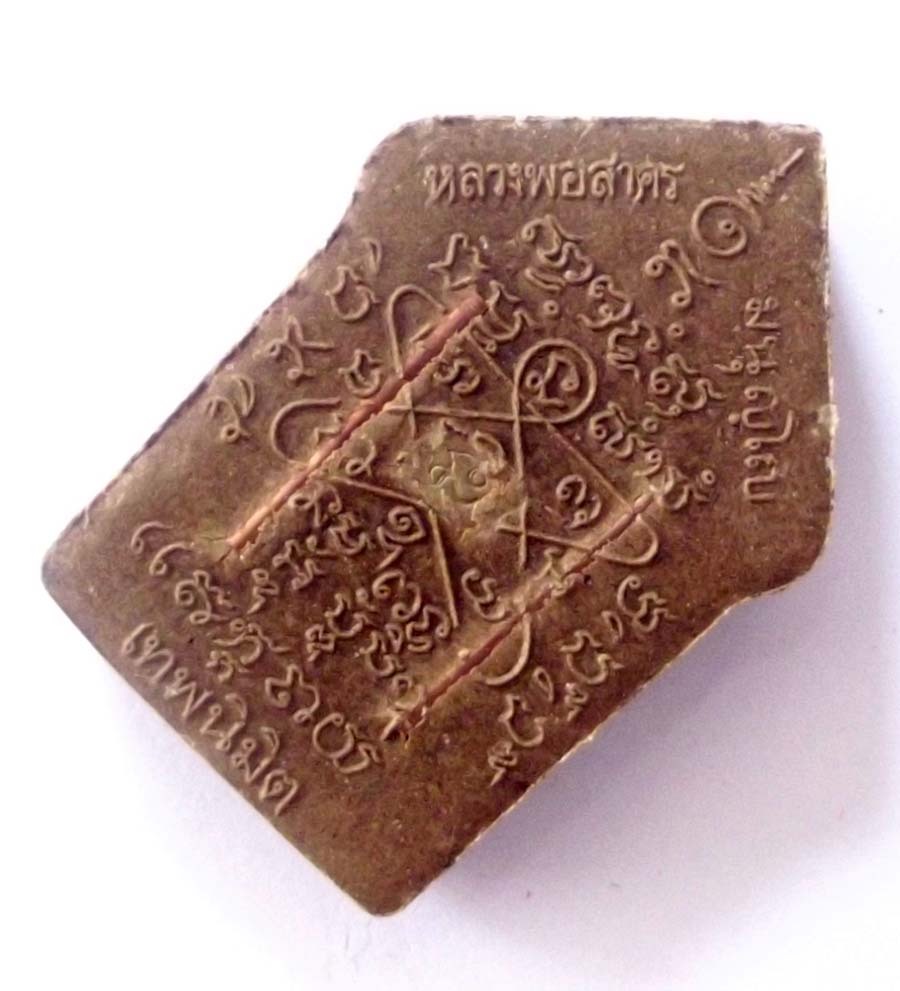 This model is in Herbal and Prai Kumarn Powders, with two Takrut Tong Daeng (Copper yantra Foil) inserted. A Brass Sacred Na Edition Series Code Stamp is on the back face and numbered code with series model stamp symbol on the base. 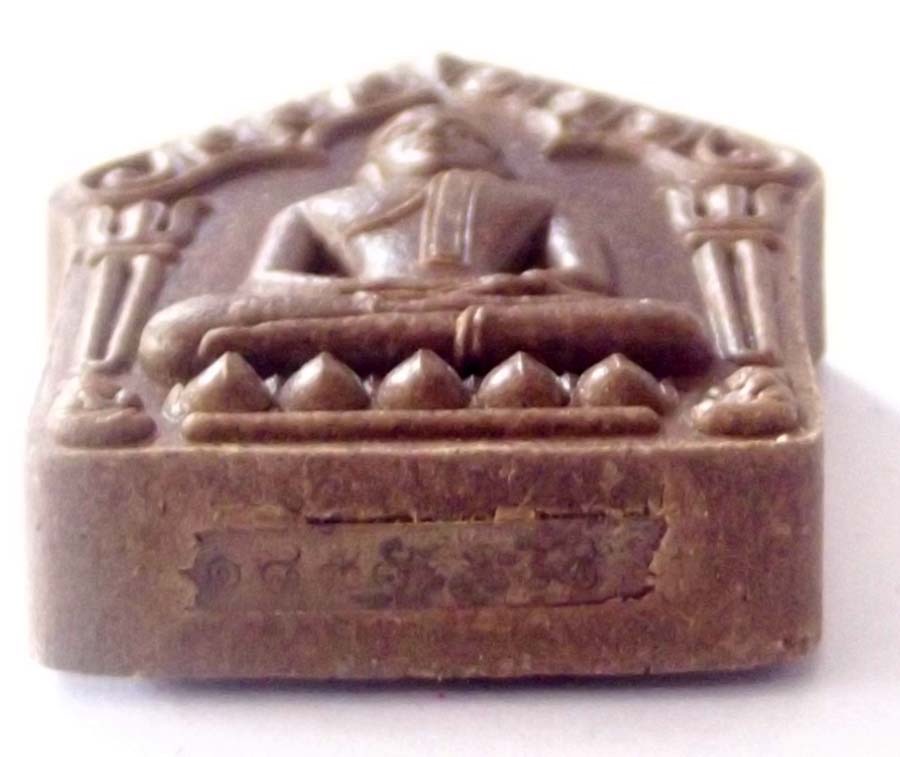 All amulets in this edition were individually special in their own way, and all had differing coding methods for each series of different models, making this a highly catalogued, sought after, and sold out at the temple edition. This was the last set in the Temple as we visited.

In addition to LP Tim's Prai Kumarn Powders, a large assortment of Sacred Powders from a number of Great Masters was also used in the making of the Muan Sarn Powders. 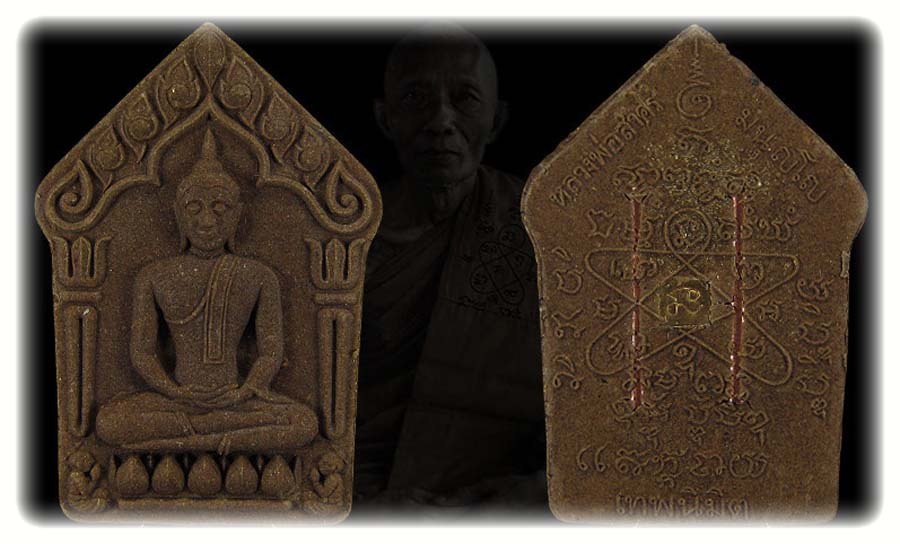 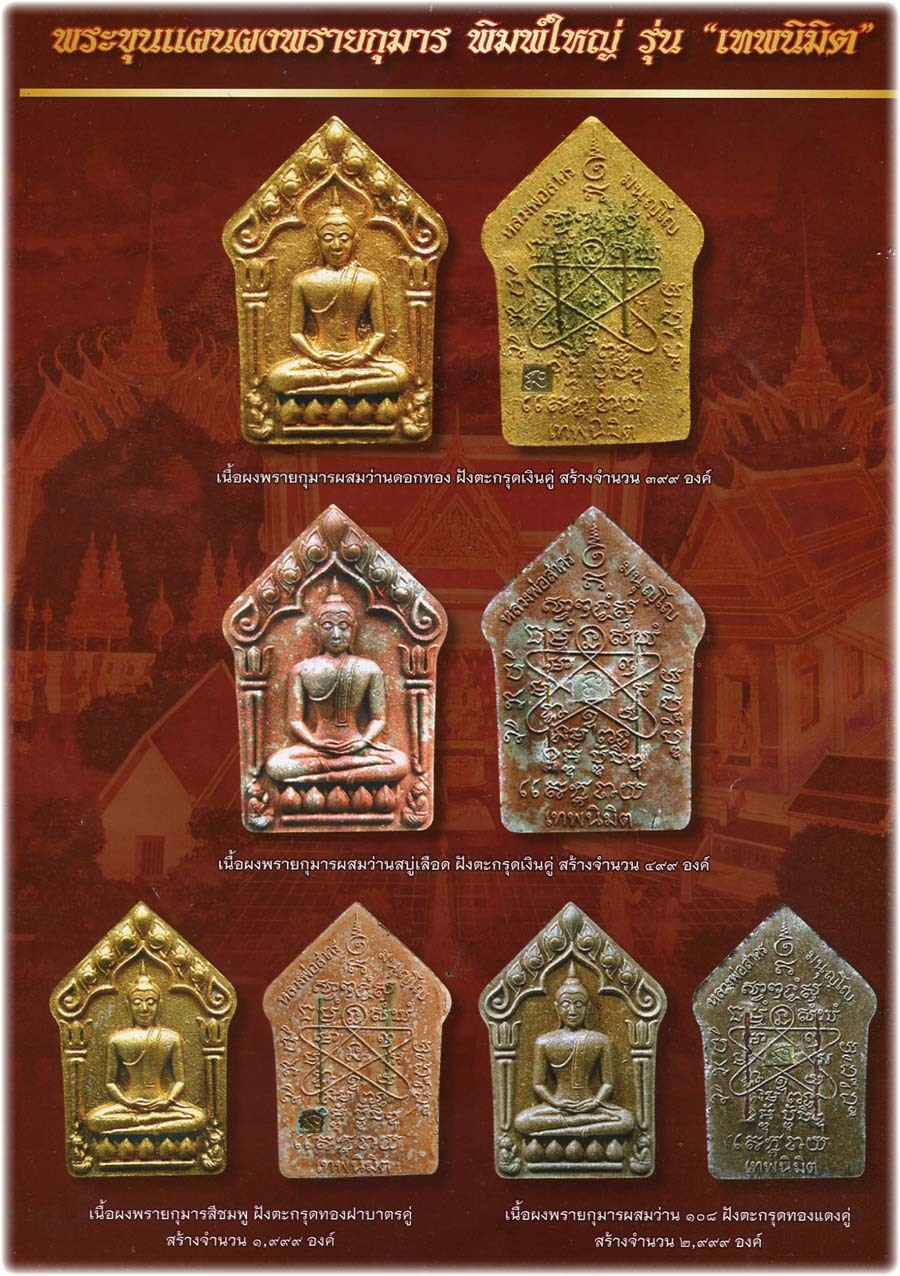 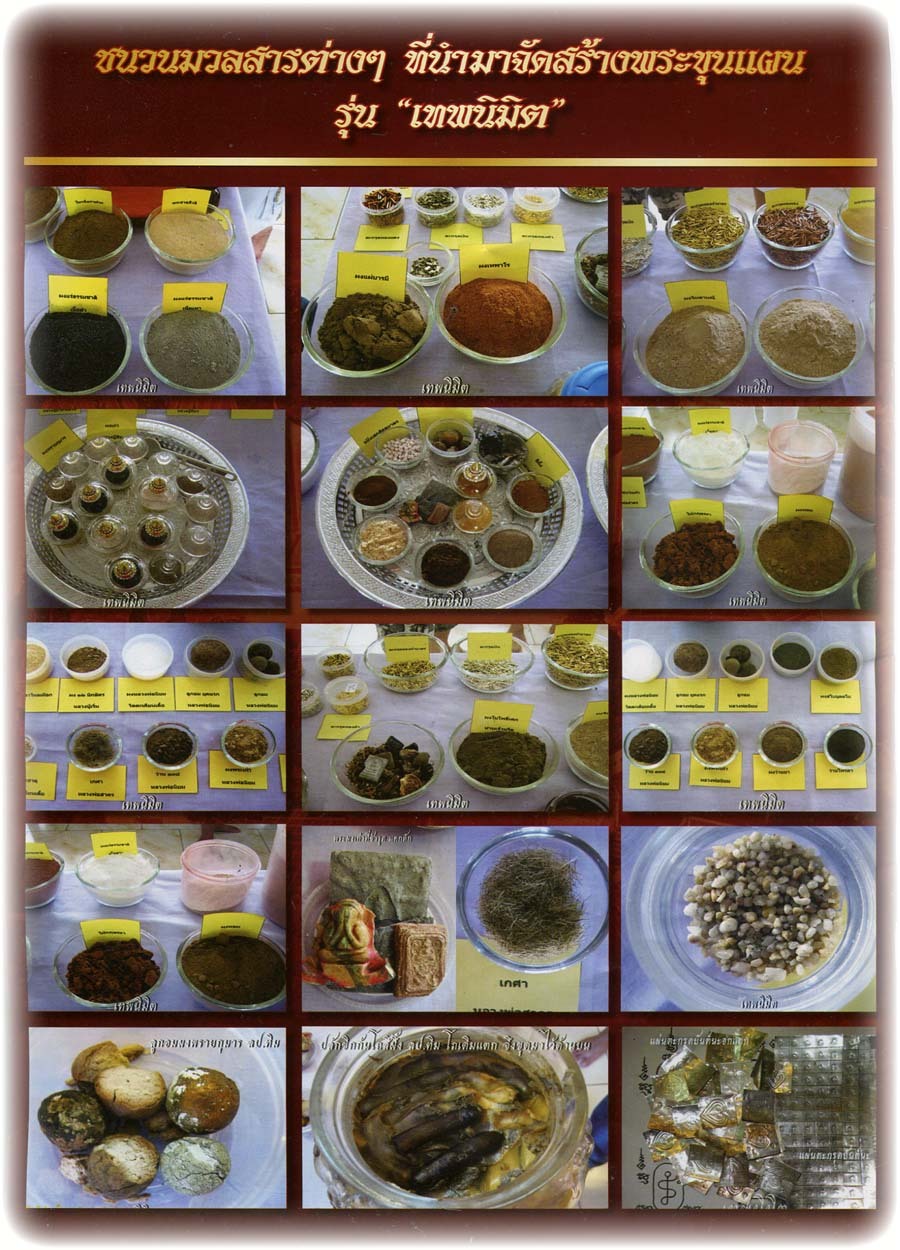 Pra Khun Phaen is the Popular amulet of Business Persons, Gamblers, and Charming Would-Be-Wooers of the Opposite (or same) Sex. The Pim Yai is recommended for men, and the smaller Pim Lek model is especially recommended for ladies. To use both Pim Yai and Pim Lek models in Combination as a 2 set for a couple to wear, especially if in Love, is Perfect  for those who work and are seeking Professions in the same Business, or Work Premises, the benefits will be doubled by the wearing of these as a True Love Relationship within the Buddhist precepts. 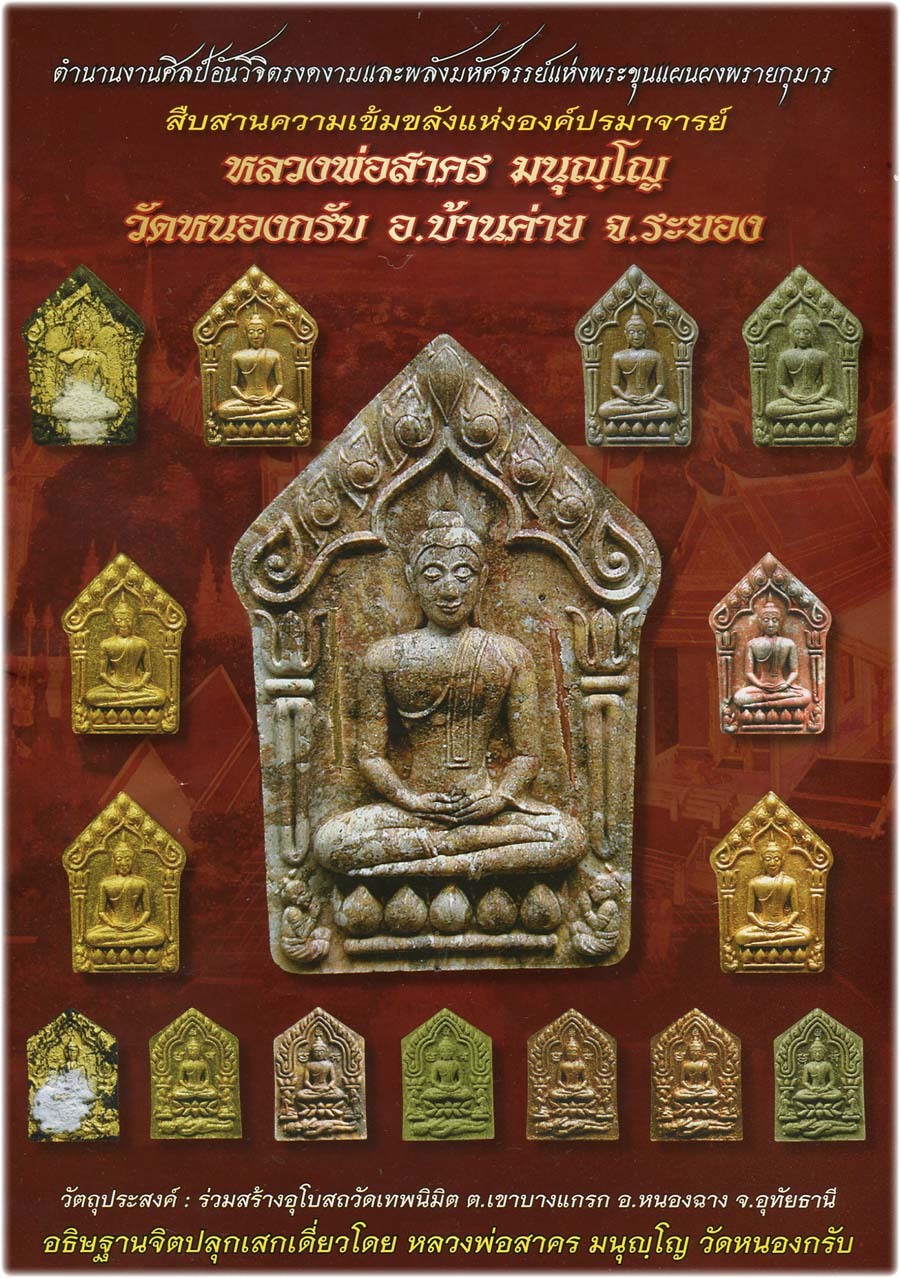 Although Gambling is not one of the Activities within the Buddhist Precepts, the Khun Phaen does not Forbid such Practices, and in fact, is said that it  helps to win and invoke winning streaks. The choice of useage is that of the Devotee, but we do state that the Amulets of Luang Por Sakorn will be at their most Powerful when the 5 Precepts are kept, and Alms to the Buddha Sangha are given, and Blessings will fall like rain. 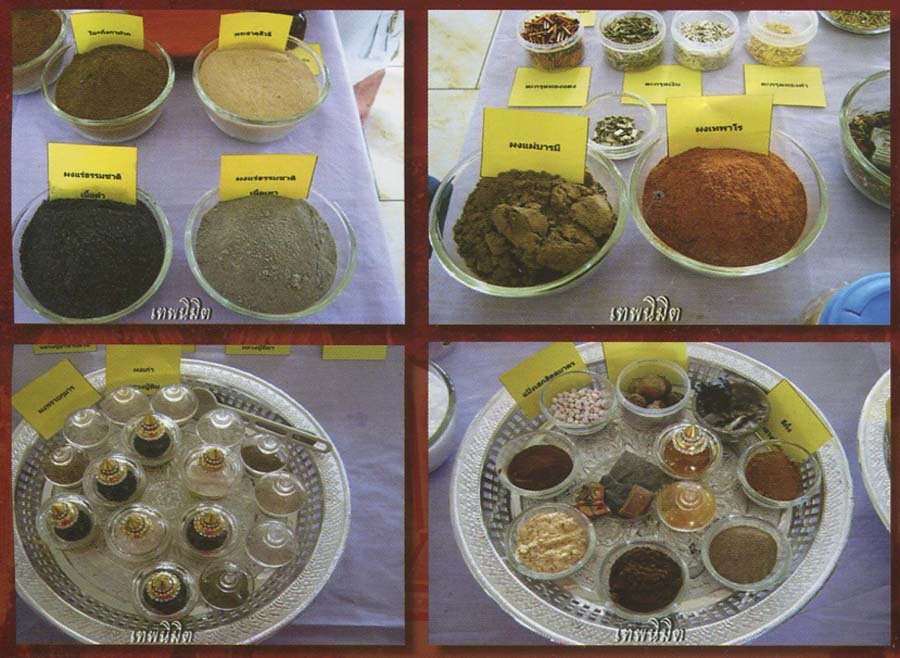 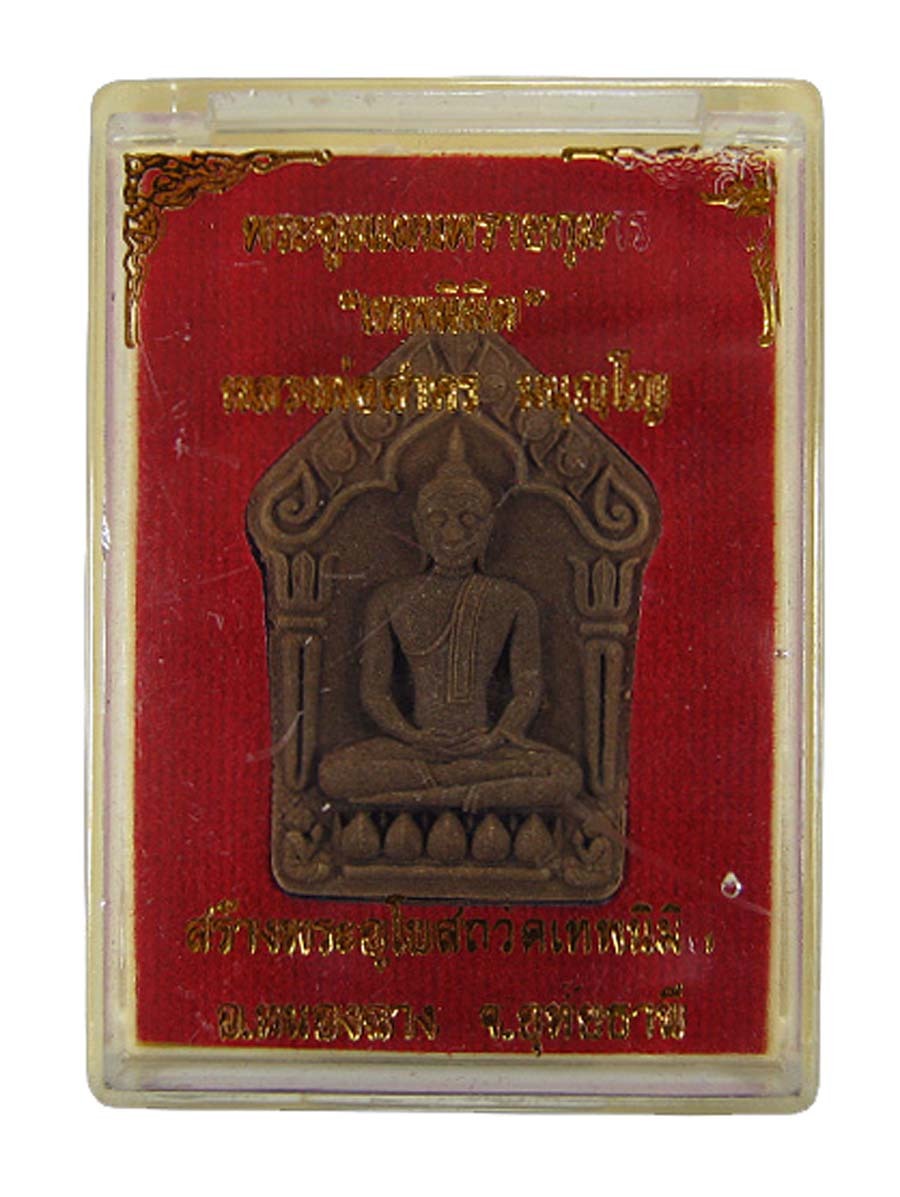