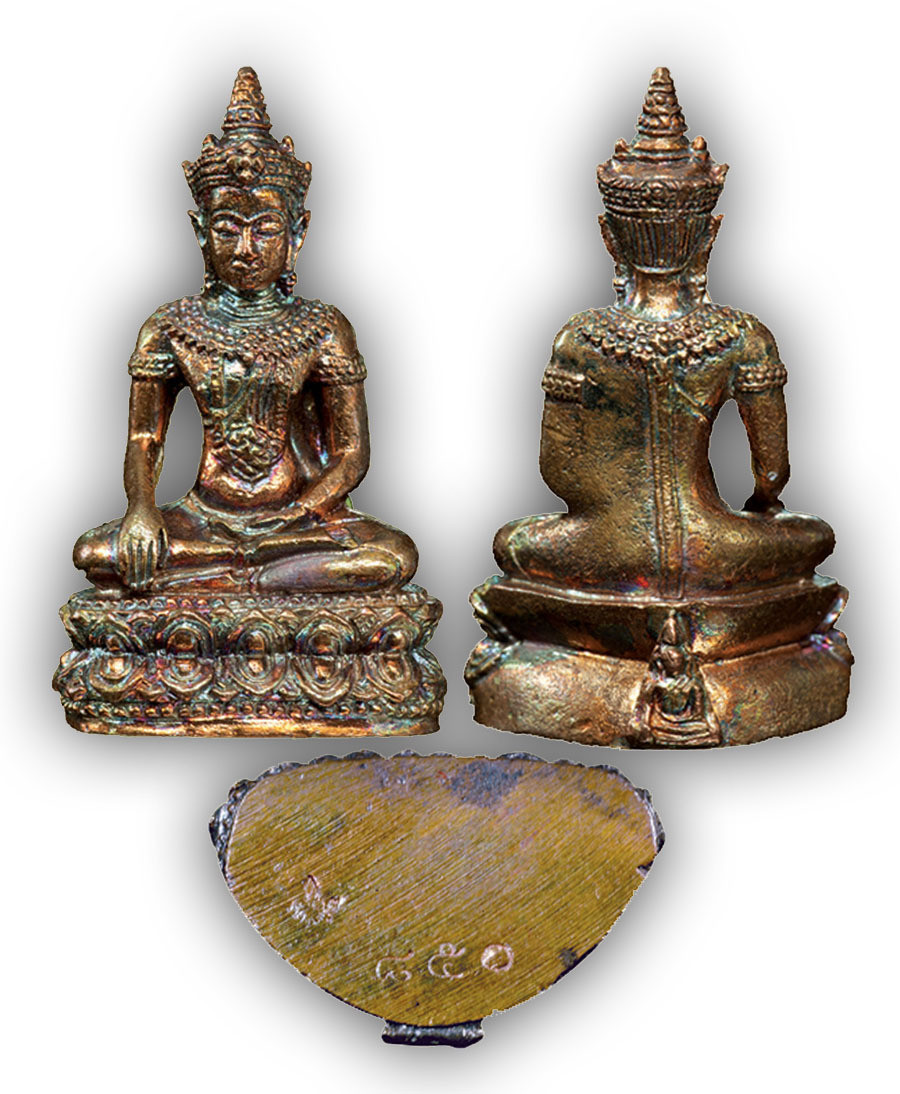 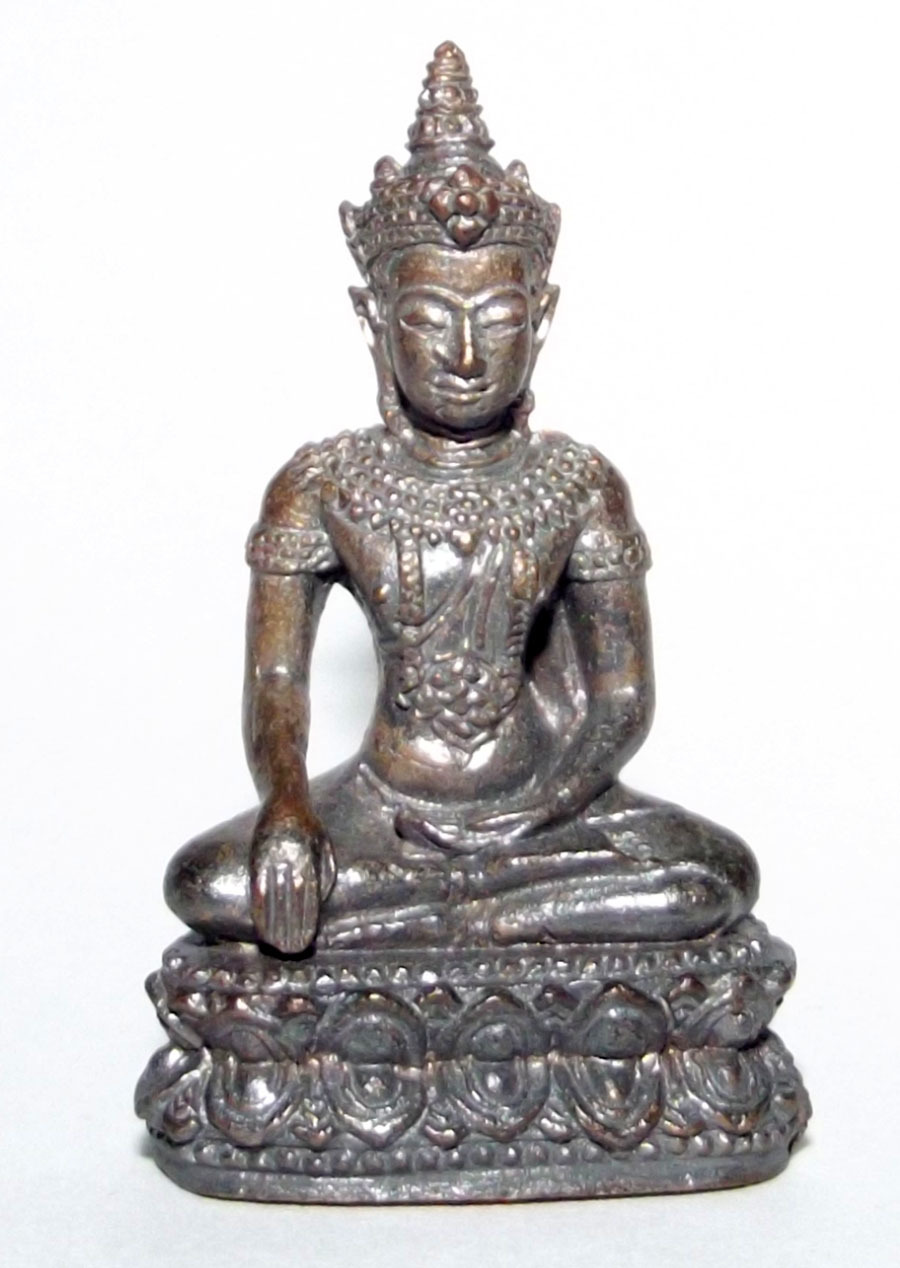 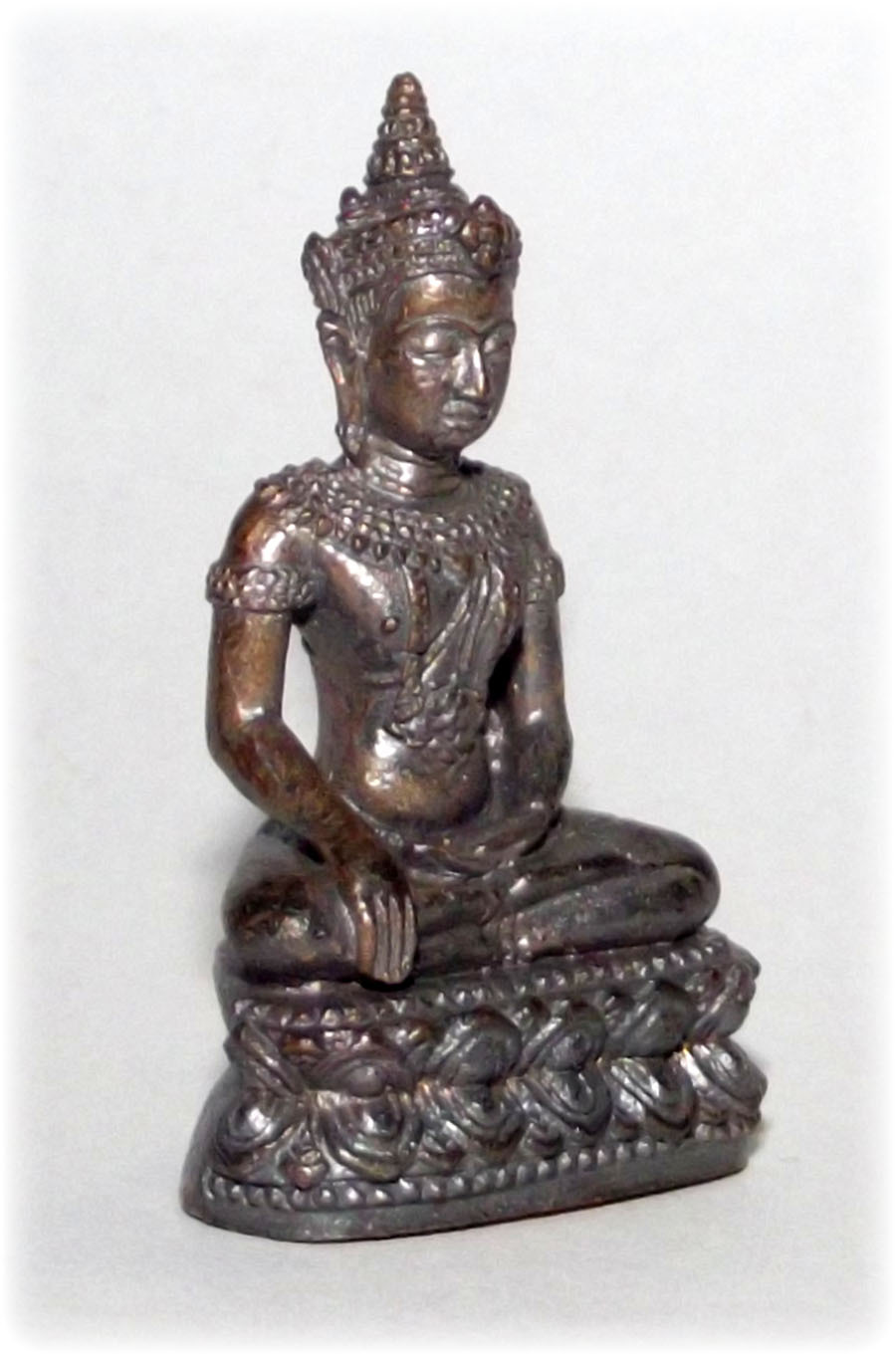 The base of the Kring is embossed with the Temple edition stamp, and series code (number can vary from the one in the  picture). 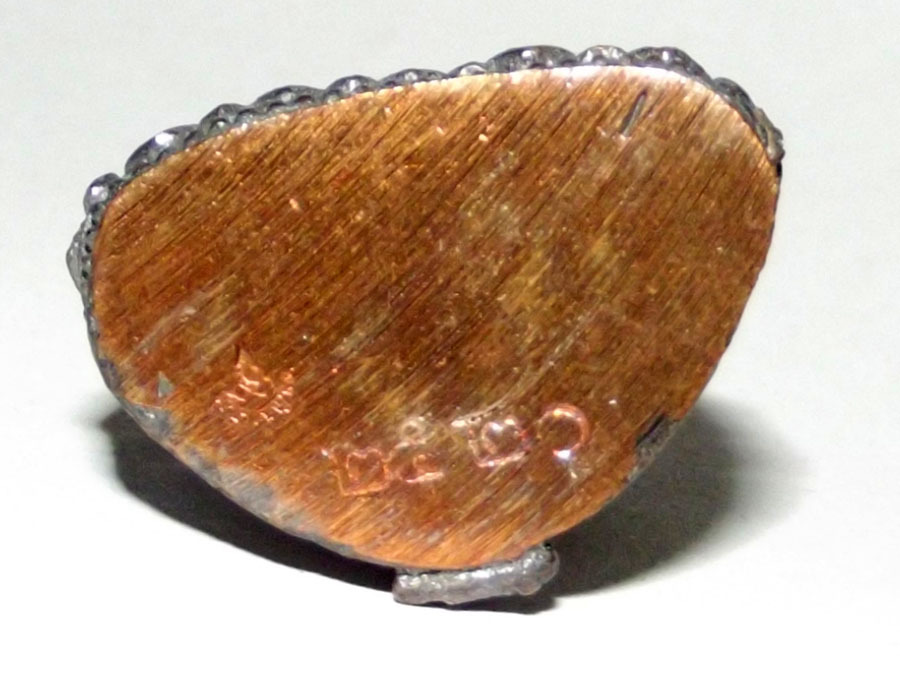 The rear face is as pleasing to gaze at as the front face, as is the lateral view. No part of this amulet has been left without full artistic consideration. 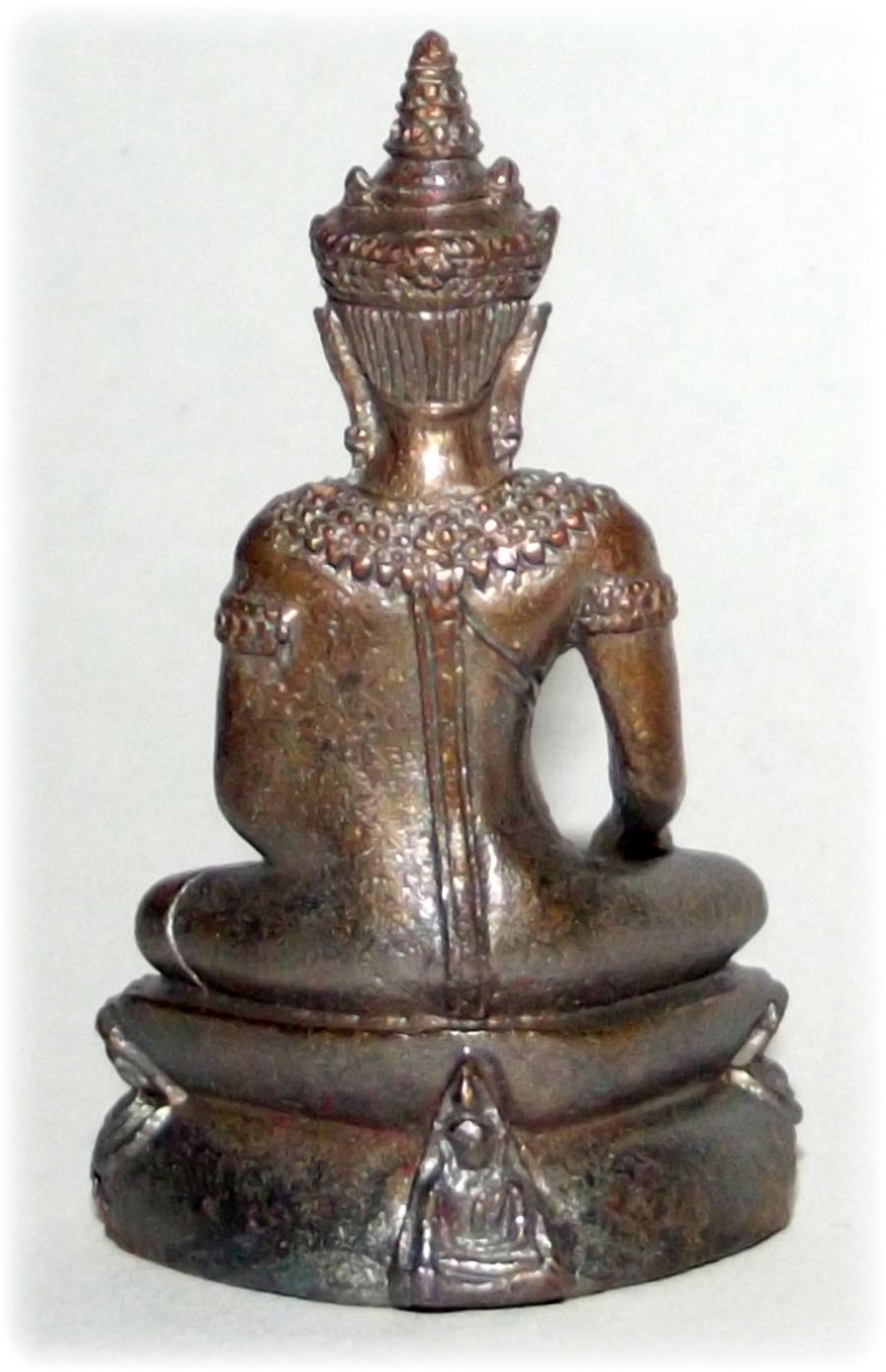 Every single detail of this amulet is honed to perfection, and the high quality Chanuan Muan Sarn of Sacred Metals, is visibly present in the porous sheen of the Ancient metal surface. Notable is the fact that a Pra Nang Paya image is visible on the rear side of the Dais. The Ancient Traditional casting method has produced a Classic Pra kring that is bound to be admired by collectors as of now and of course ever more in the future. The uneven nature of olden days methods results in each amulet being an individual for its own standing, and have its own characteristics and appearance, personality and charm. There are no such thing as two identical Pra Kring Dhammika Racha amulets due to the quality and painstaking handiwork of olden days casting methods which this edition has adhered to and been faithful to from beginning to end. Most definitely an amulet to keep and keep as a Family Heirloom Amulet. This is in fact what Thai Buddhist people do with their Pra Kring, leave them to their descendants, and pass it on as an Heirloom. 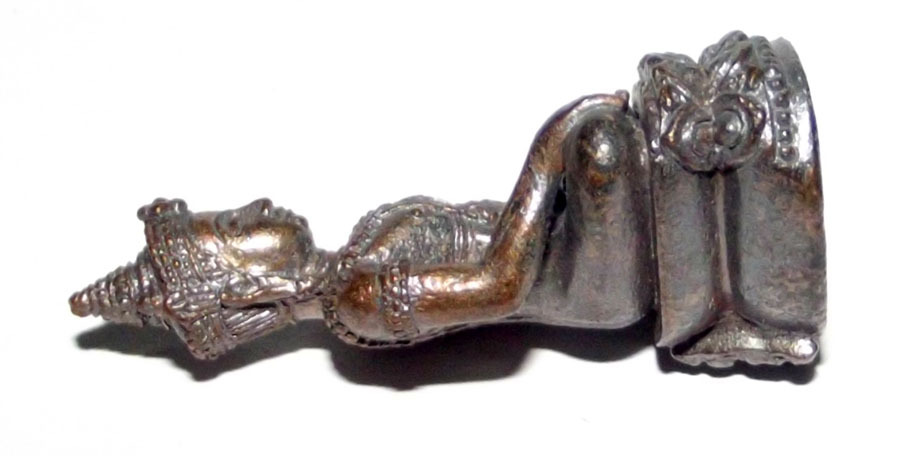 A true Modern Masterpiece of Thai Buddhist Miniature Sacred Arts, and a series of Notable entries into the History Books in the Dtamra Pra Kring with the models in this edition. 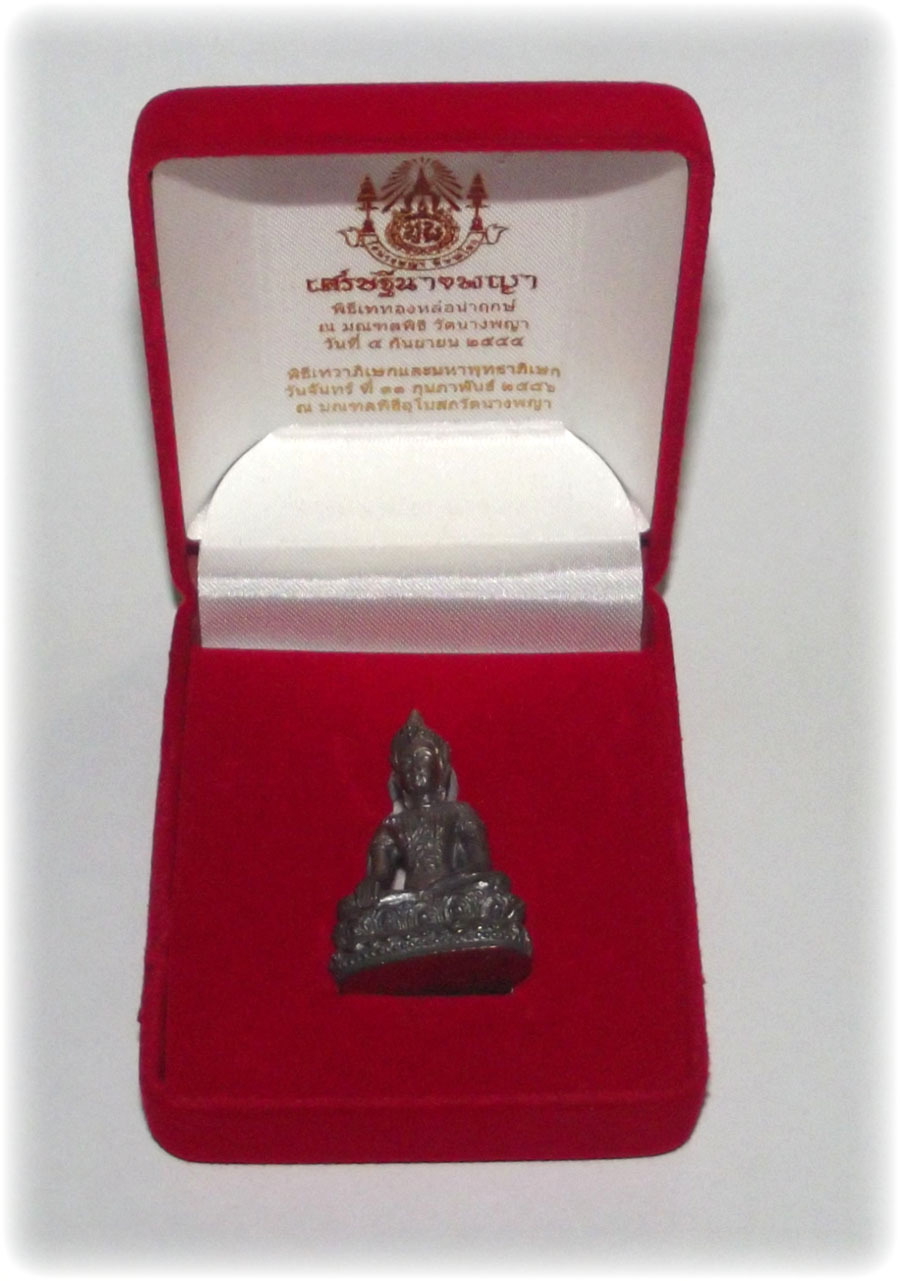 Comes with original box from the Temple included. Can be encased if desired. 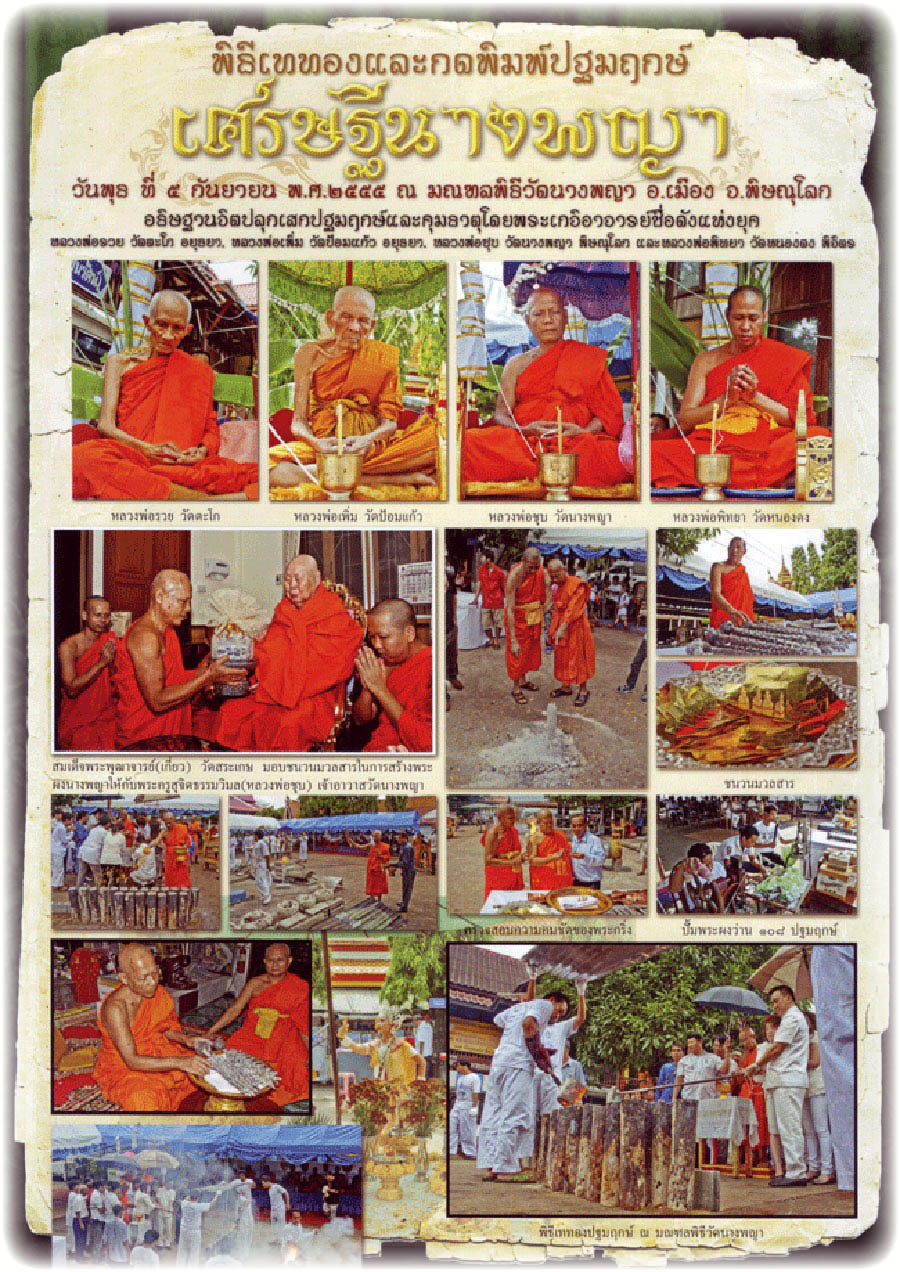 It complements the issue of the traditional Pra Nang Paya powder and metallic amulets of this edition perfectly, with a high standard and extremely attractive Pra Kring amulet that will surely please you to look at as much as it does we. 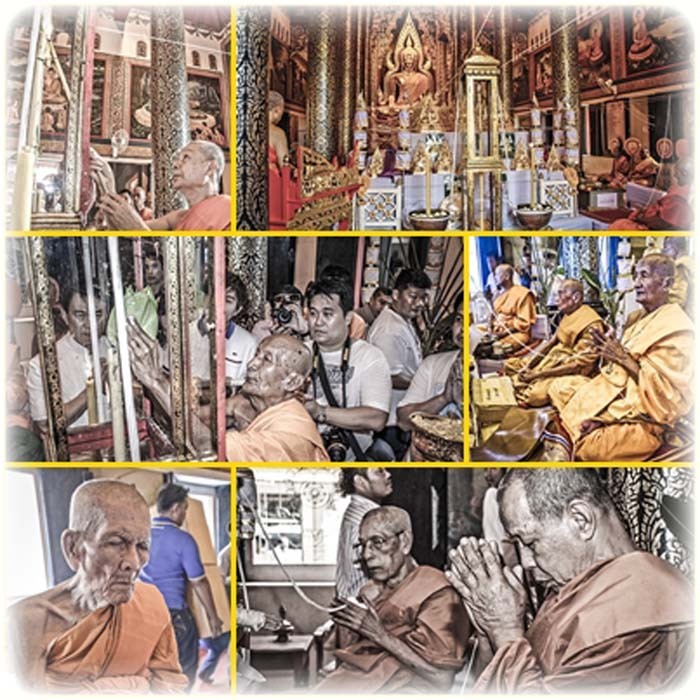 Its sacred value, and quality build, is of course superceded in importance by the Putta Pisek Empowerment Ceremony which was given to this edition. 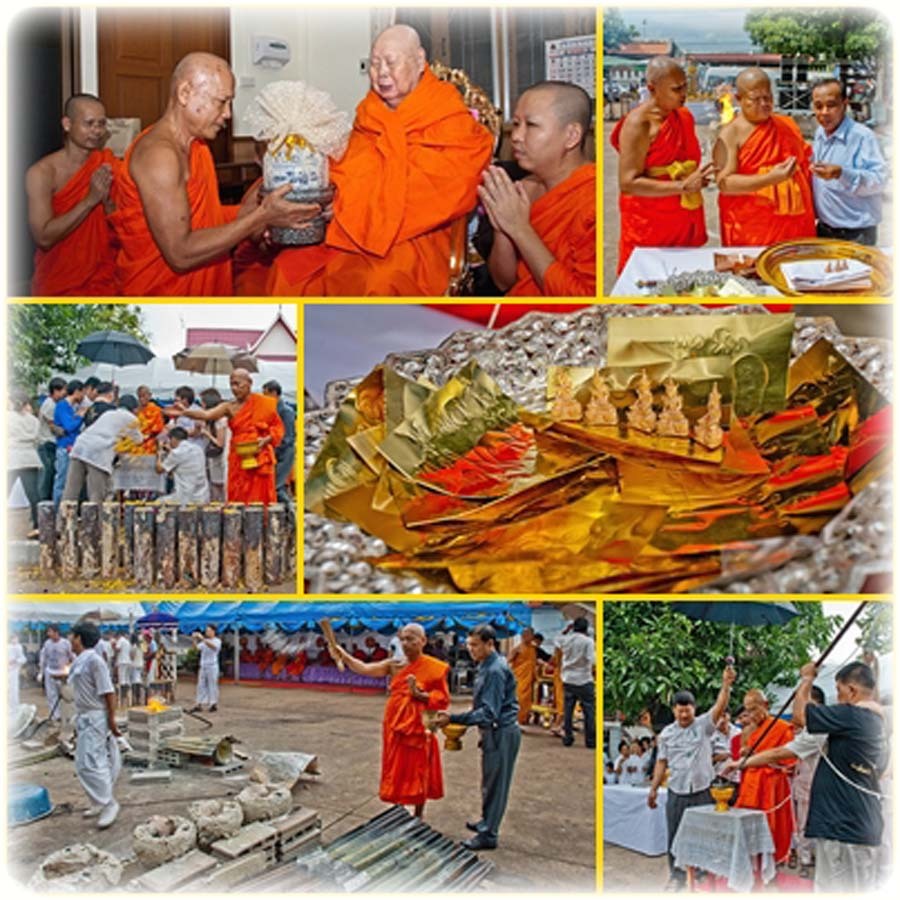 The purpose of this edition was to raise funds to restore some parts of the Temple which are falling into disarray and delapidation, and to provide funds to pay the bills, which are extremely high with so many visitors each day. 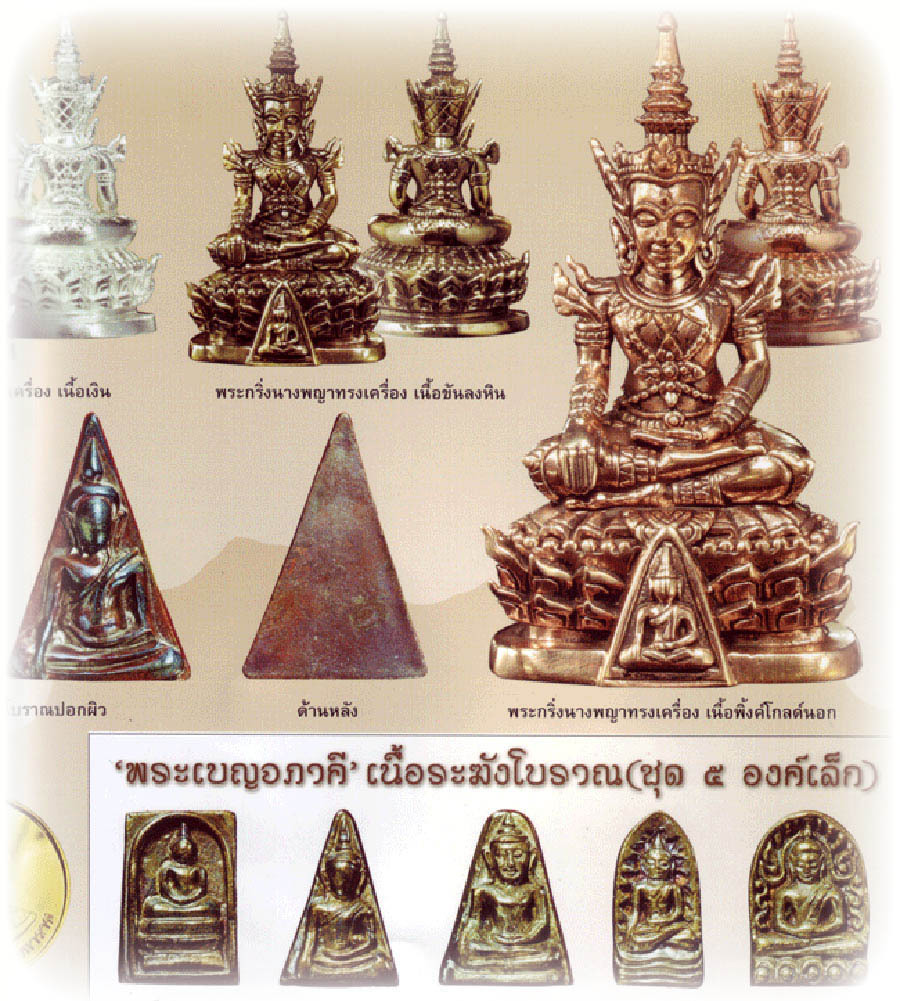 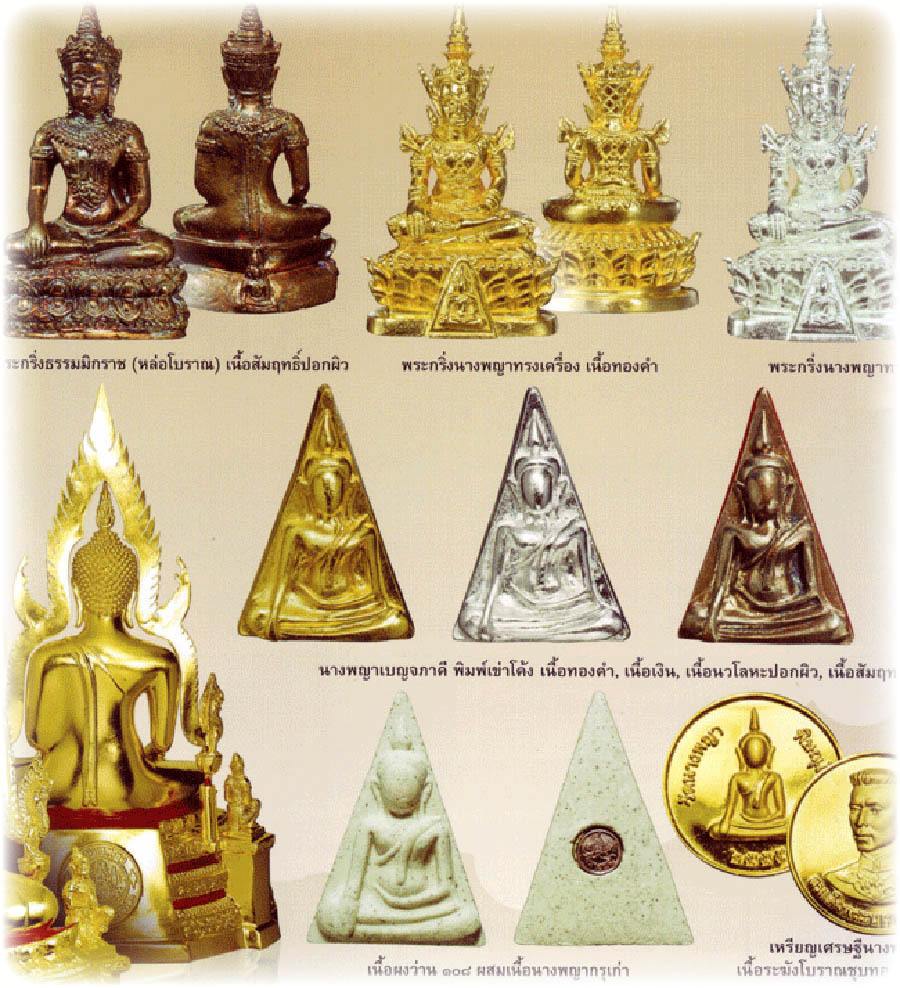 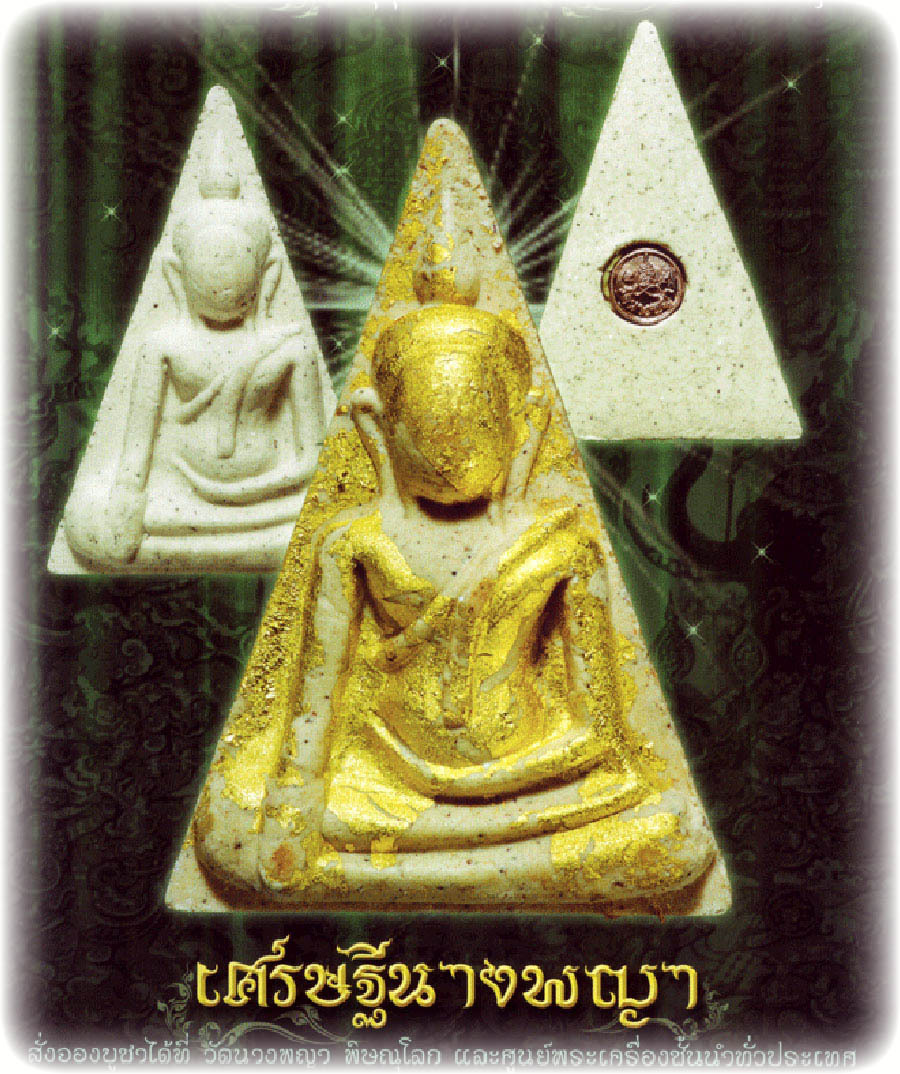 Pra Nang Paya, or 'Pra Pim Nang Paya, is an amulet from the Ayuttaya Period, which was artistically influenced in its design factors by the Artisans of the Sukhothai Periodic Style. As to the composition of the design of the Pra Nang Paya amulet, it can be said that it contains the work of the Sukhothai Artisan as its heritage, and is a Mark of Preservation of the Eight Periodic Buddhist Art styles found in Thai Sacred Arts and Amulets. 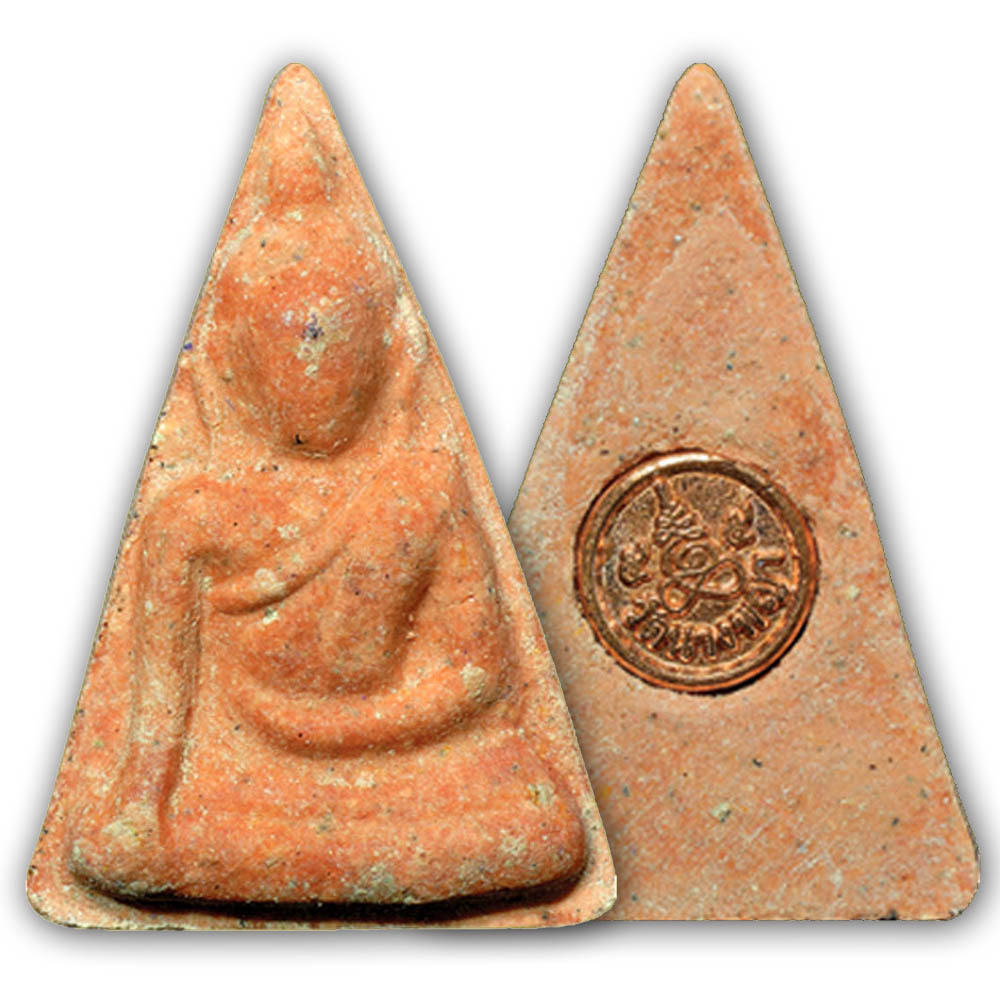 The Pra Nang Paya amulet was first discovered within the Chedi Stupa at Wat Nang Paya in Pitsanuloke, in the year 2444 BE, as Somdej Pra Jula Jorm Glao Jao Yuu Hua Rachagan Tee Haa (King Julalongkorn, Rama 5) was visiting Pitsanuloke to be present for the castying of the Chinarat Replica Buddha at Wat Pra Sri Radtana Sasadaram. The King was invited to come and recieve a large bnumber of them as gifts (the best selected0, and his Majesty then distributed them to the Government Officials and other Courtiers and Devotees. The remaining amulets, he took back to Bangkok. 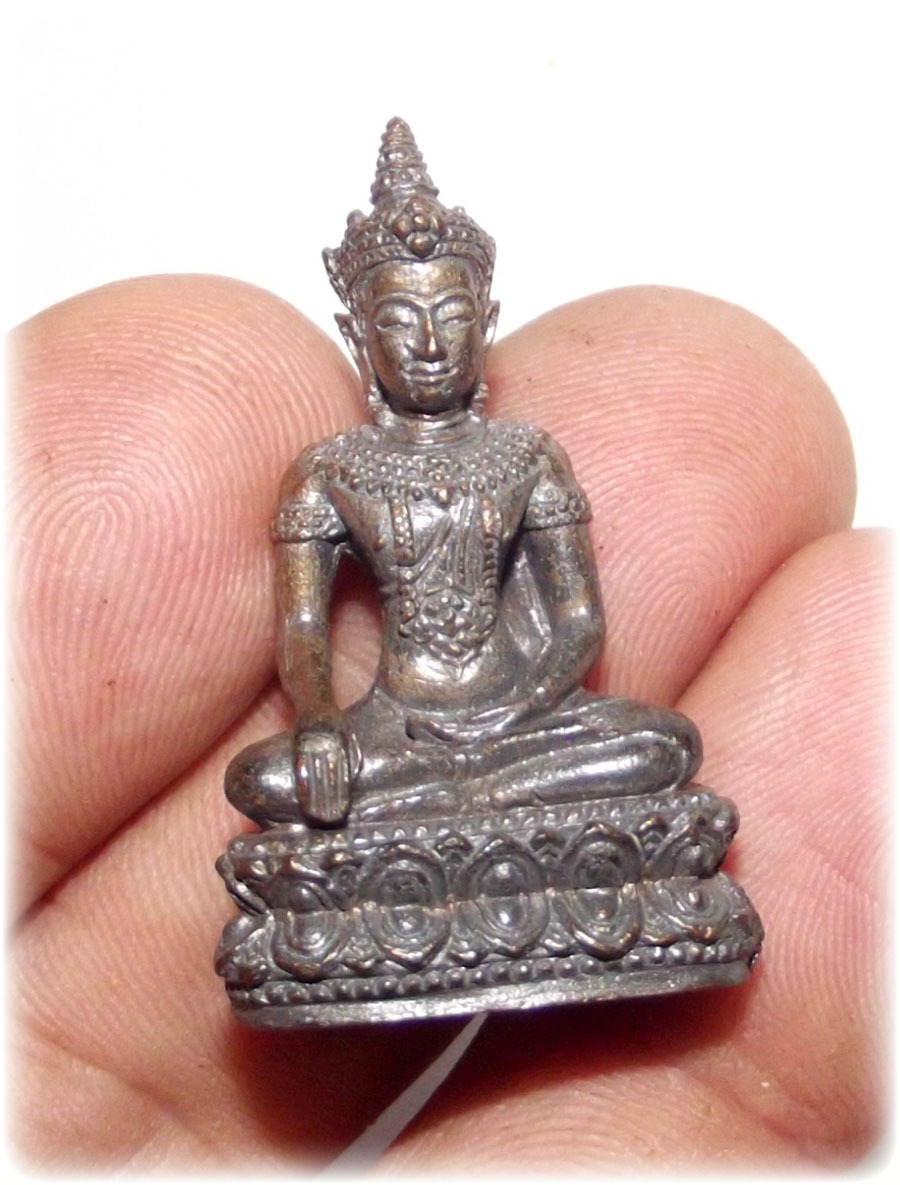 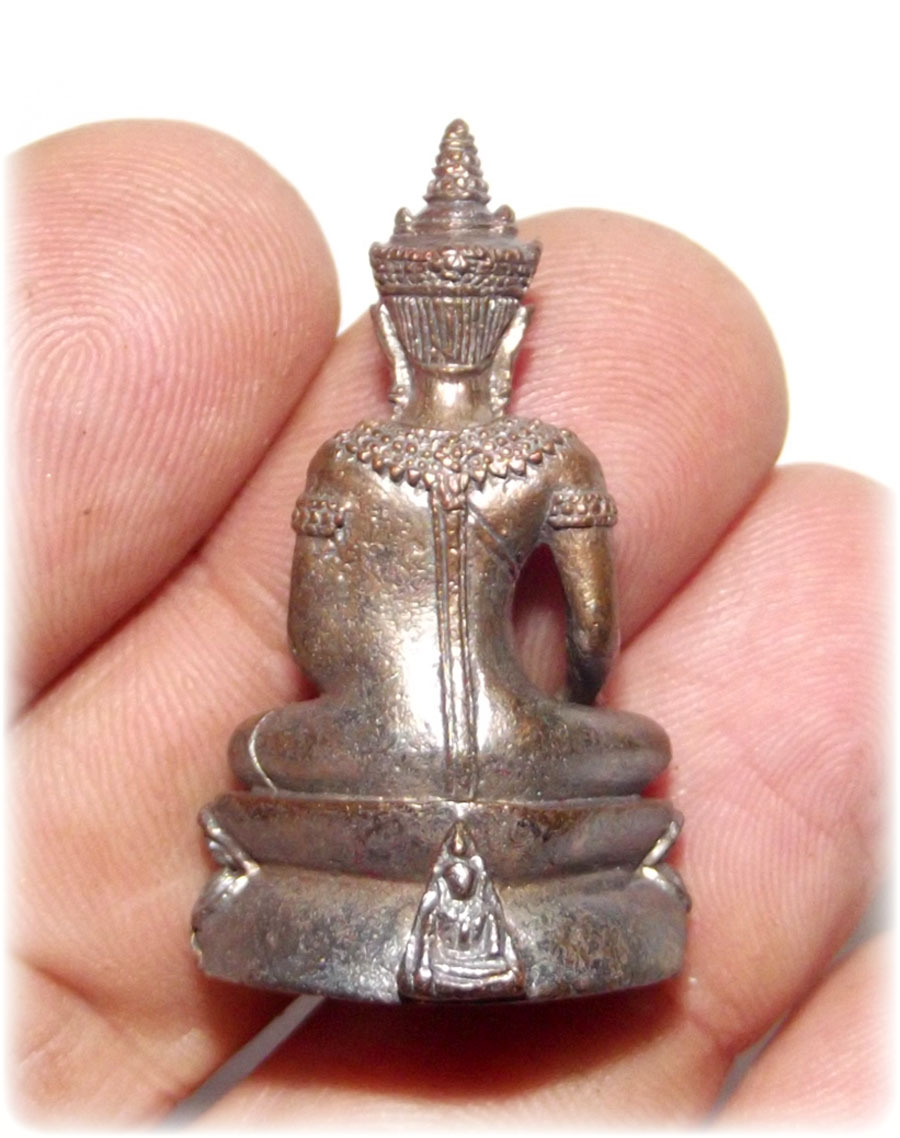 In the final Puttapisek Ceremony, the following Guru Masters (amongs others), were in attendance to empower the edition;