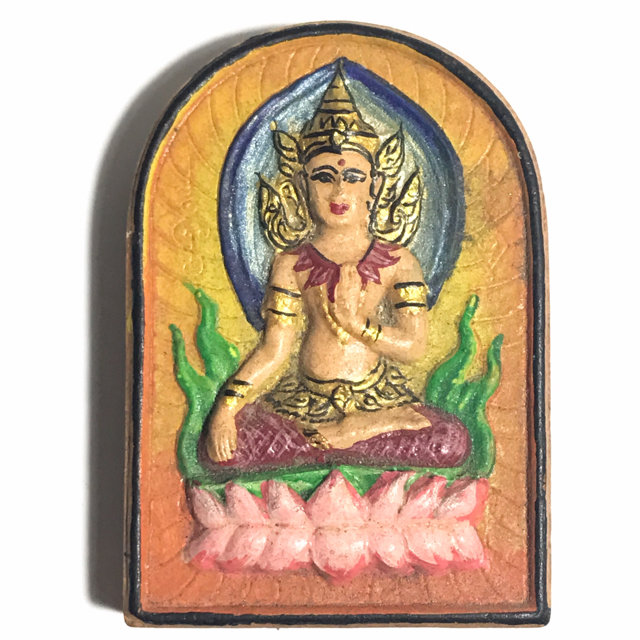 The Pra Puttanimit amulet was the second Pra Puttanimit model amulet produced by the Samnak Khao Sila Mani Vipassana in Kampaeng Paetch for Kroo Ba Krissana, to Bless and release in his Birthday Wai Kroo Ceremony. The amulet is hand painted and has 4 Takrut Koon for multiplication of wealth, and a Ploi Sek Maha Pokasap Enchanted Gemstone with the Sacred Yant Duang embossed. 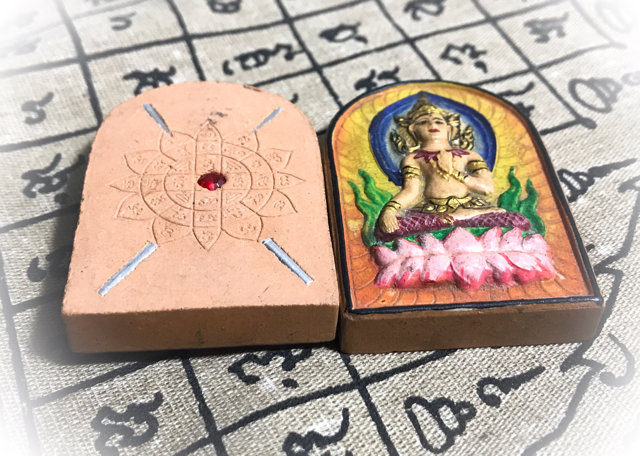 The amulets were made from ancient red bricks from the Tung Sethee (fields of the millionaires), and special Muan Sarn powders from Kroo Ba Krissana. The front face features the Pra Putta Nimit Deity seated on a lotus throne with green flames, one hand raised bestowing blessings, and forbidding all sufferings, and the other hand pointing to the earth in the posture of subduing Maras. 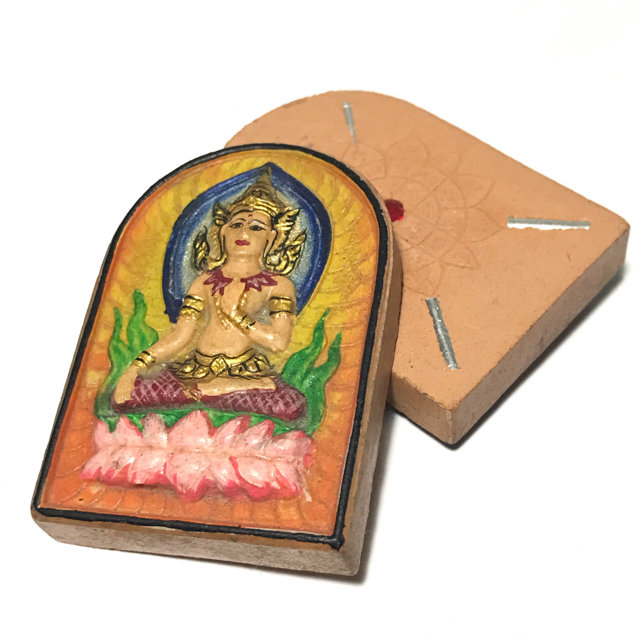 Once all the Muan Sarn ingredients were gathered together, the powders were empowered by Kroo Ba Krissana at the Samnak Khao Sila Mani Vipassana, after which the amulets were pressed and empowered on the evening of 13th July 2549 BE in full Buddha Abhiseka Rital at the Samnak. Kroo Ba Krissana then took the amulets with him to his temple, and empowered them in solo, before distributing the amulets on the 1st August 2549 BE, in the Song Nam Ceremony to bathe the Buddha statue, shortly before his birthday. The Pra Putta Nimit amulet is a rep[lica of the Buddha Image inside the Uposatha Shrineroom of the temple of Wat Hnaa Pra Meru in Ayuttaya. 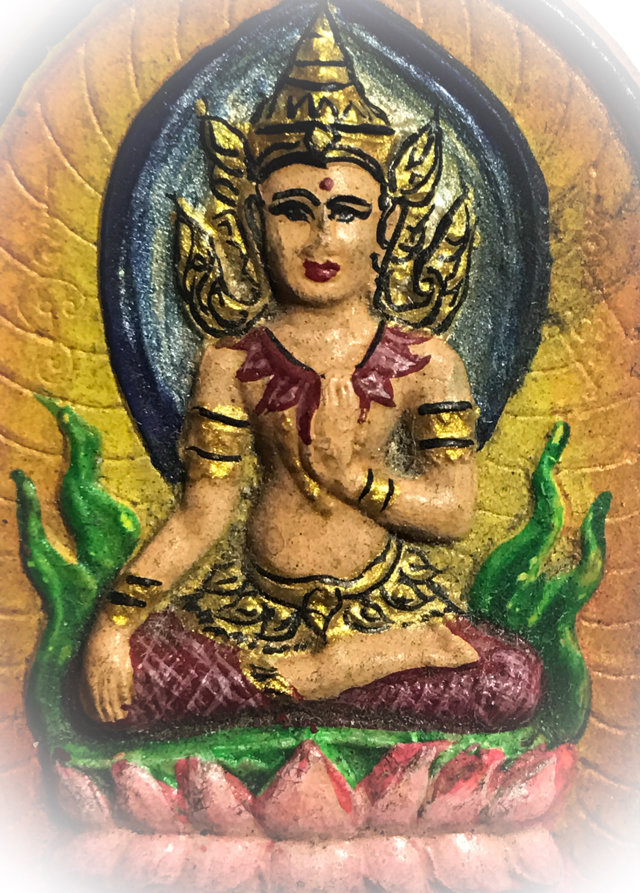 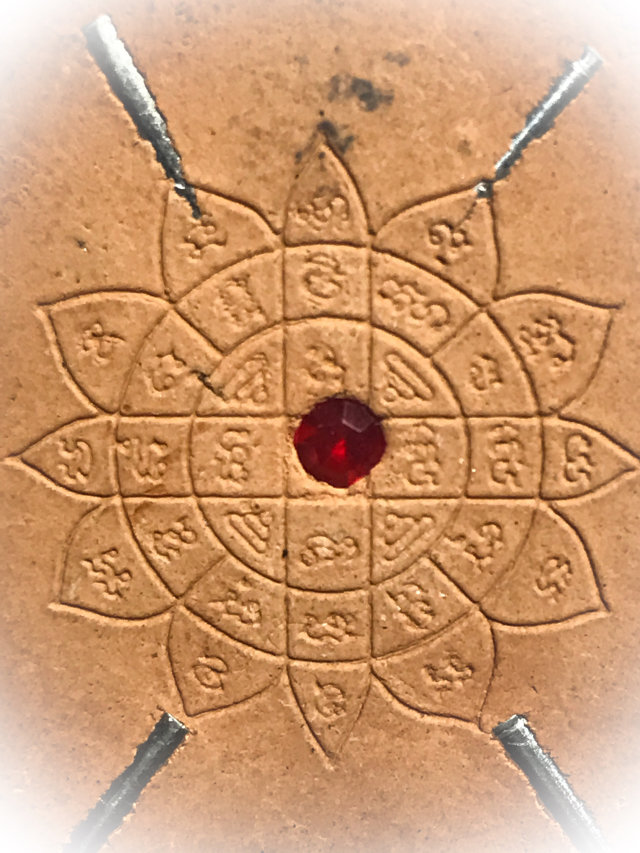 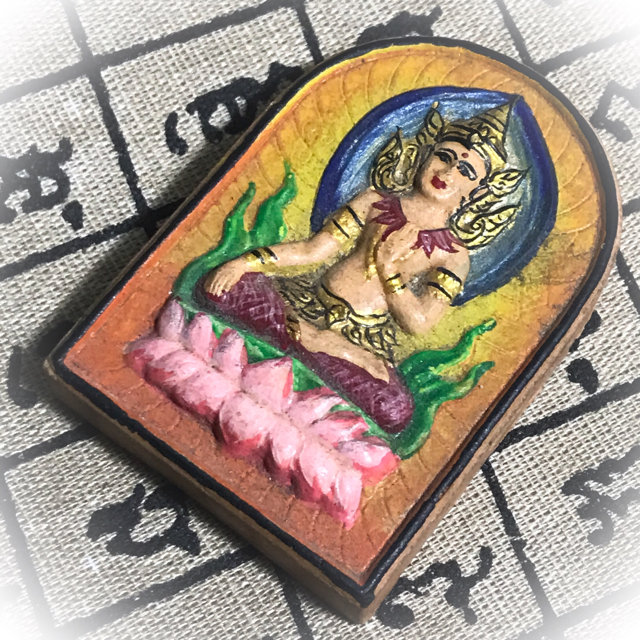 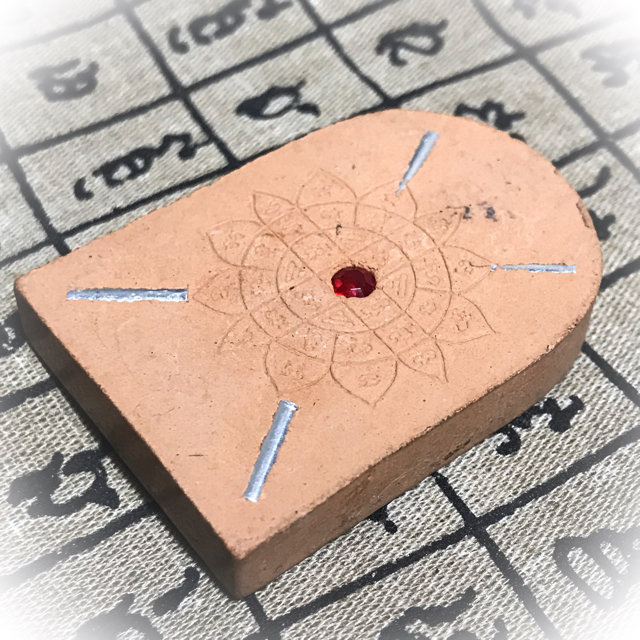 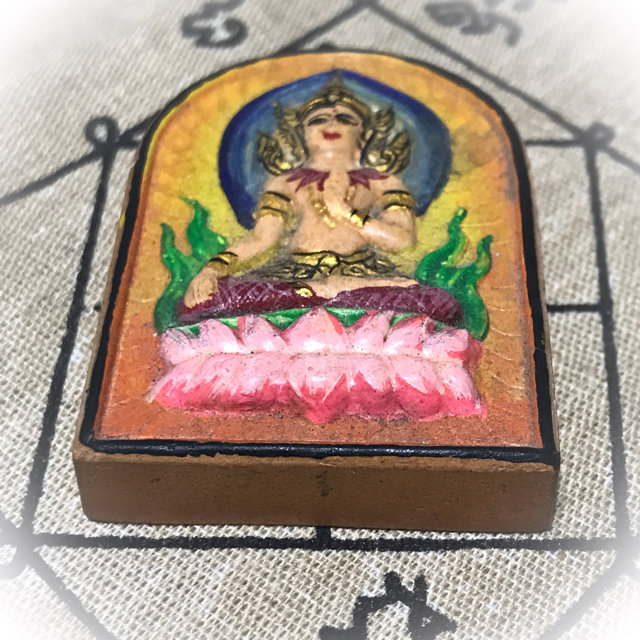 One can hence say, that all editions up to 2555 BE can be considered the rarest and most highly valued, with increasing rarity as their numbers deplete, as increasing numbers of devotees enter into collectorship of the amulets of Kroo Ba Krissana Intawano. Of course however, every year sees some very special Ongk Kroo amulets and limited series collector pieces released, even in the present day. It is part of Kroo Ba's cult tradition to produce Masterpiece limited series models, and this tradition continues every year. Having said this however, the Early editions are now almost impossible to find, and are the pride and joy of the serious collector-devotee. 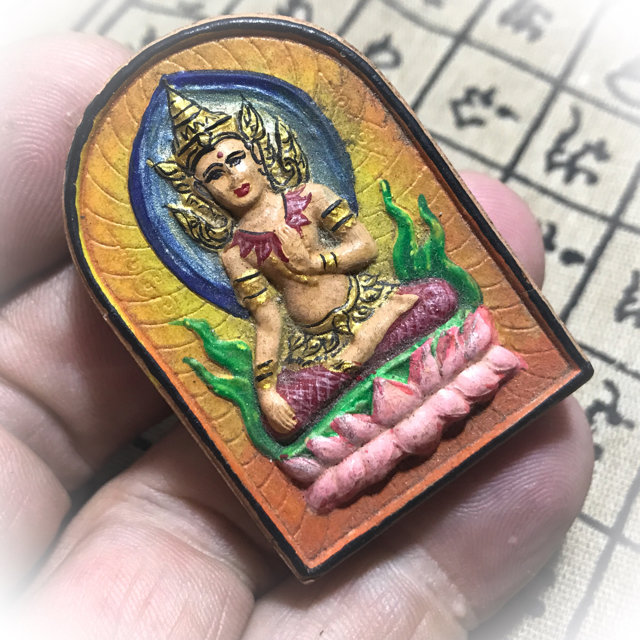 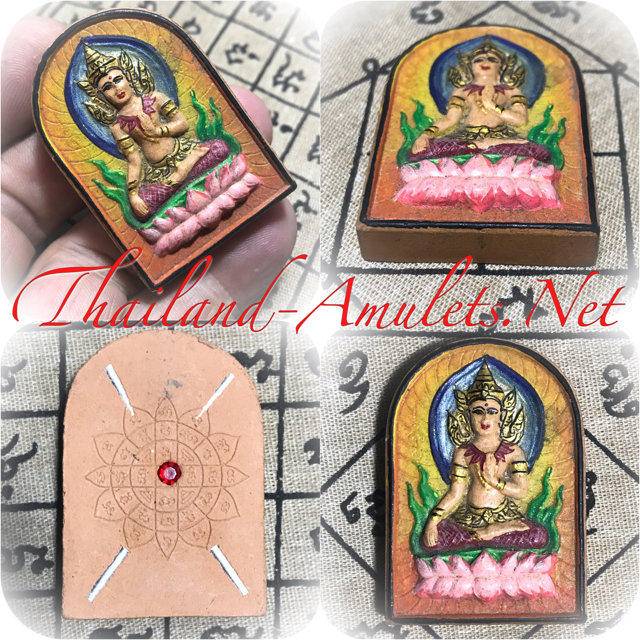