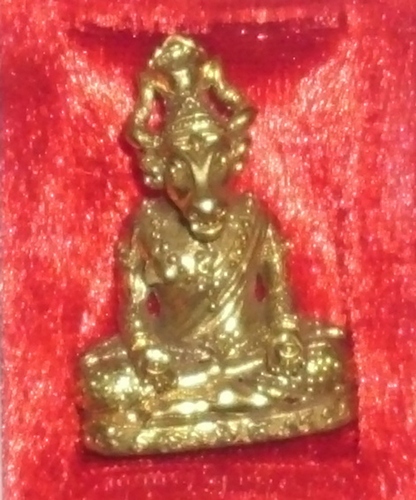 This amulet was blessed and empowered in a Puttapisek ceremony at Wat bang Bon, with various Master Ruesi and Gaeji Ajarn present. Apart from some of the country’s top Ruesi, there were also 9 Masters Monks presiding over the ceremonyYou can see pics from the empowerment ceremony on the below link

In Thai legend, Ruesi Dta Wua is a very powerful Ruesi and a good friend of Por Gae Ruesi Dta Fai. The legend says that he was once a Buddhist Monk, who had to have his eyes replaced by those of a Cow.

Phra Ruesi Dta Wua, or as he is commonly known and falsely called; “Na Wua”, is of the “Chan Tep” (Angelic realm) variety of Ruesi. In Thai legends, he was once a Bhuddhist Bhikkhu, who was blind. He is supposed to have lived in the City of Sri Taep. He liked to practice the control of the elements and of various materia, which he could find, obtain, or even create his own formulas, in order to attain new secret powers. 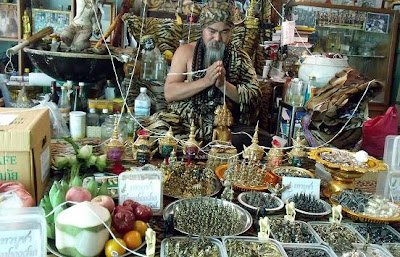 The empowerment ceremony was performed on the 27th 28th and 29th of October 2551BE – it was a very large ceremony at Wat Bang Bon temple, Bang Khun Tian, Bangkok. Apart from some of the country’s top Ruesi, there were also 9 Masters Monks presiding over the ceremony who were there also blessing and empowering the eyes of the Buddha statue that had been made (Luang Por Gesorn) which is now the symbol of Wat Bang Bon. 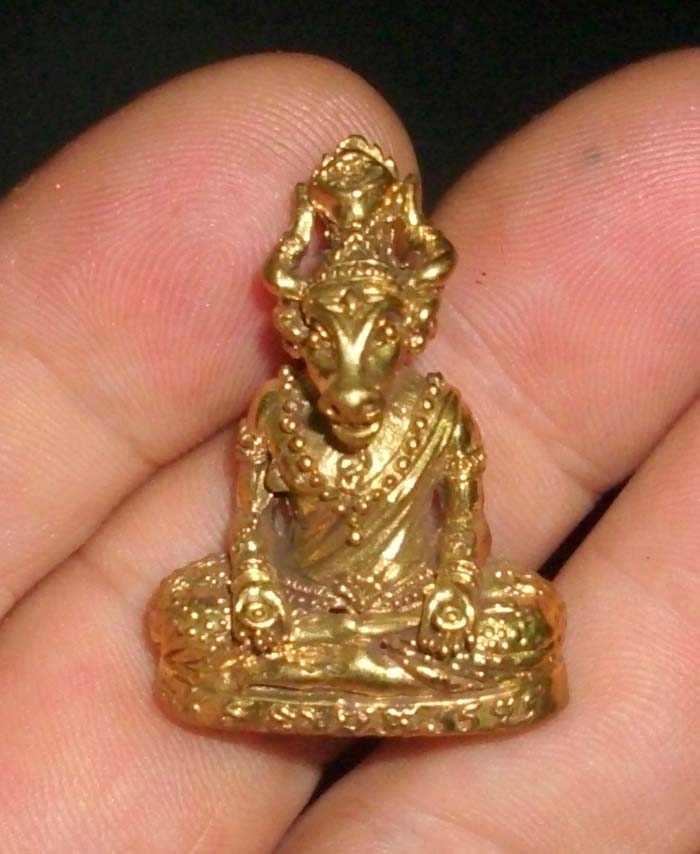 This ceremony was also lucky to have had Luang Phu Tim of Wat Pra Khao (Internationally famous Gaeji Ajarn from Ayuttaya – now deceased), travelling from Ayuttaya to join the ceremony and add his empowerment to these Ruesi amulets. Luang Por Ruay is also another Gaeji Ajarn (Wat Khao Tako), Luang Por Poon Sap (famous for his ‘rat falling in a rice container’ amulet; Hnu Dtok Thang Khaw Sarn) came from Wat Ang Sila to join the blessing. Many other Gaeji Ajarn came from around the country.Those who are already Looksit of the Ruesi Sages and make Bucha won’t need to ask much when they see these statuettes and the fotos of the blessing ceremony./ These amulets don’t need much said about them, as the saying goes; “A Picture says more than a Thousand Words”.