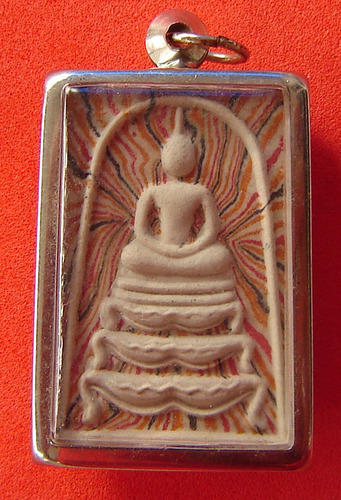 This was the top of the range of five different Pim of Pra Somdej Thaan Singh amulets made by Luang Por Pae, and is now an extreme Rarity. Especially in the pristine conditin this amulet is in, it would be hard to find another example in such a fine condition with such clear defined details. Stainless Steel casing is included. 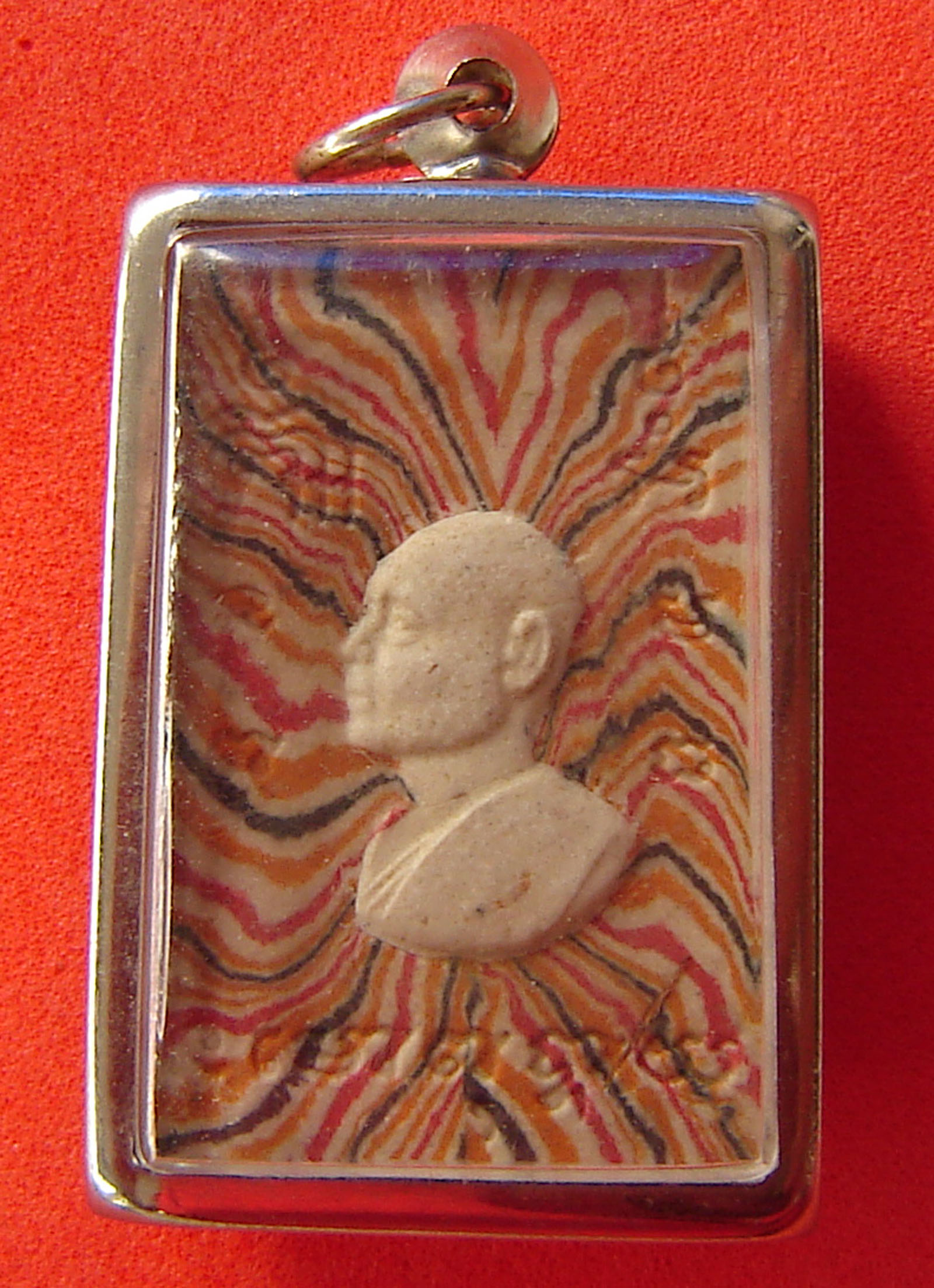 Made in 2515 BE this top of the range edition is Pim Thaan Singh (Lion Throne/Dais), and is a Pim yai (large Pim). Sai Rung means 'Rainbow' which refers to the multicolored rays which are featured as surface decoration on the amulet. Luang Por Paes Image is on the back face, along with his usual 'Yant Putsoorn' sacred Yantra design, and the name 'Pae' inscribed upon the surface of the amulet.

This is an absolute which we consider an excellent choice of amulet, by one of Thailands most famous Masters, whose amulets are all considered Classics in thgeir own right, and which have an immense collectibility and ever increasing rarity.

This amulet proves its beauty by the fact that the famous Pra Somdej amulets of the Great Luang Por Guay were designed by pressing the mold from the original block press used by Luang Por Pae for this Somdej Sai Rung.

Below; Pra Somdej Thaan Singh Luang Por Guay - this is the amulet designed from the Blueprint of Somdej Sai Rung Luang Por Pae 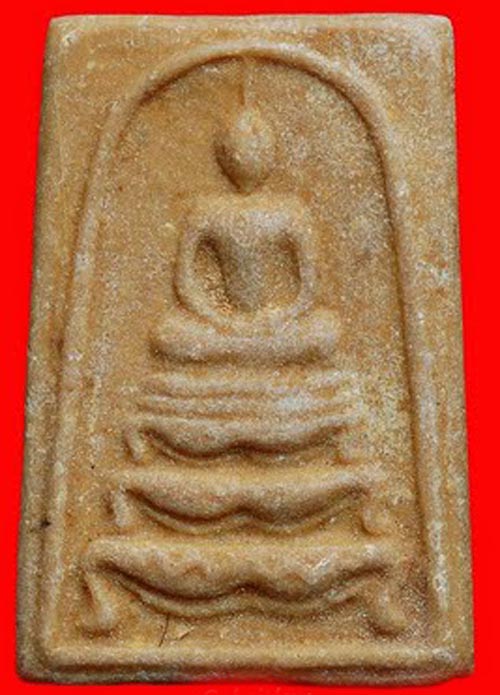