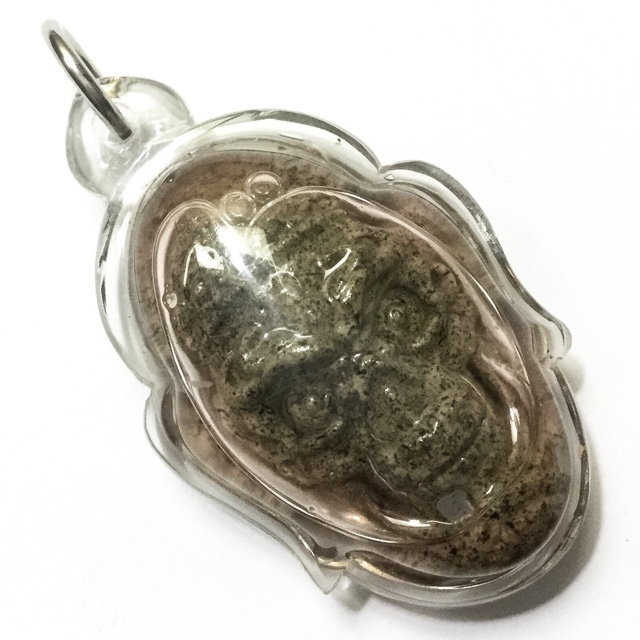 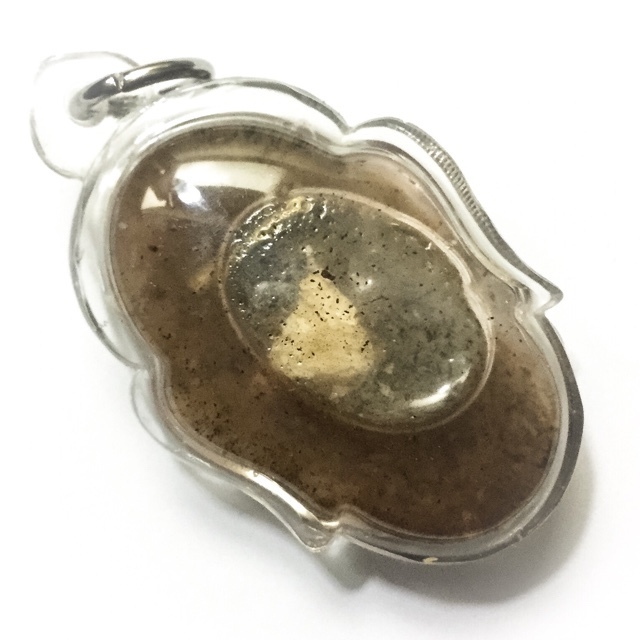 This Hoeng Prai Ghost Spirit Necromantic Amulet, is made from Nuea Pong Prai Aathan, a Muan Sarn Sacred Powders admixture of the most powerful bone powders from Hoeng Prai Spirits who died under the perfect conditions required by the Dtamra Sayasart of the Grimopires of Ancient Necromancy;

Din Jet Pha Cha (earth from the graves of seven cemeteries), Din Cherng Dtagon Jet Cherng (earth from the sumps of 7 funeral pyres), Pong Graduk Phii Dtaay Hoeng which was ground from the bone powders of; 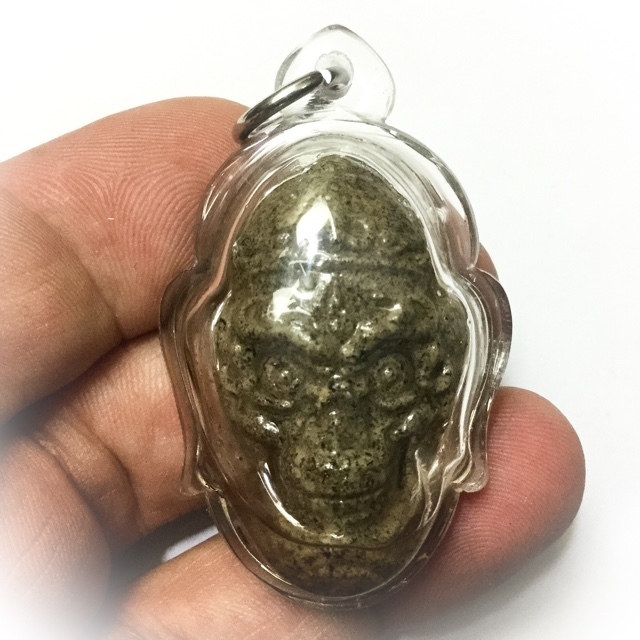 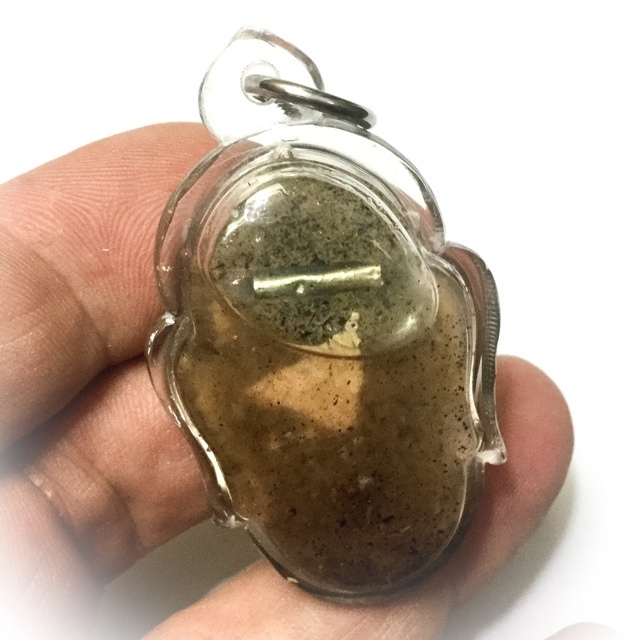 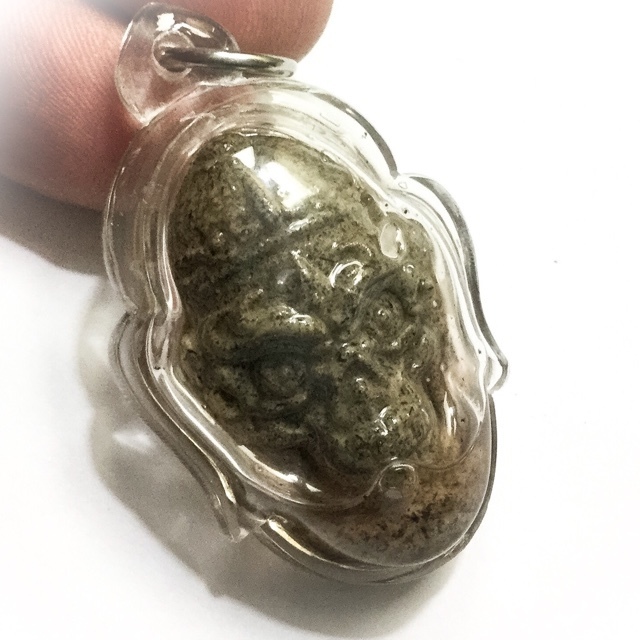 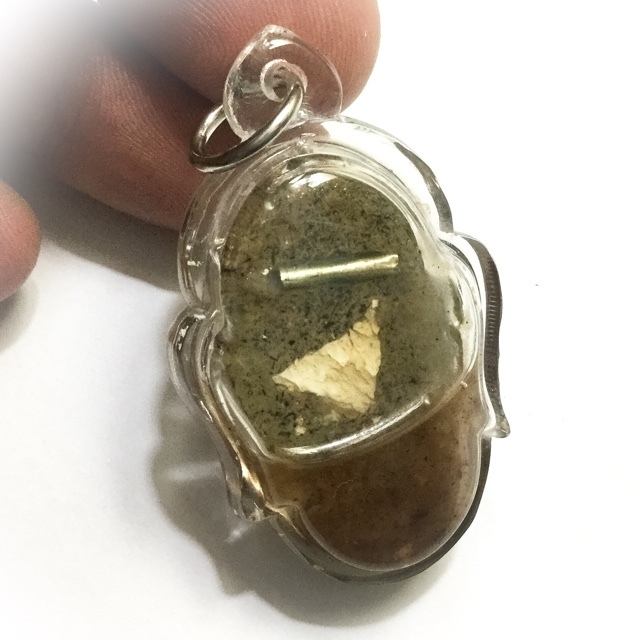 The admixture, was then pressed into the form of the Hoeng Prai Skull we see before us, and Pra Ajarn Waen inserted a piece of Hoeng Prai bone of the corpse of a Gambling Ghost, and a Takrut scroll spell empowered with the Wicha Sarapat Neuk, an Ancient spell to fulfill your wishes when you make them. 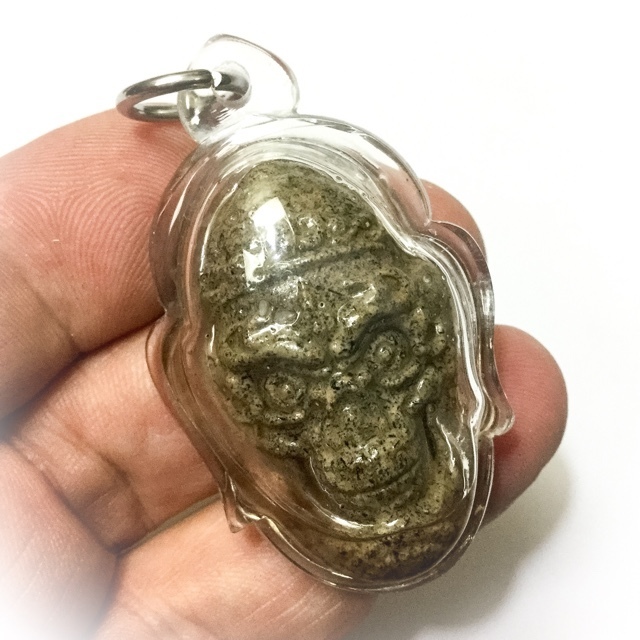 The amulets were then immersed in Nam Man Prai Por Nam Chai to remain consecrated, and empowered in Deva Abhiseka and Buddha Abhiseka Ceremony. Pra Ajarn Waen Invoked the Summoning, Awakening and Turning of the Four Elements was performed to Reanimate Living Magic within the Static Form of the amulets, according to the Ancient Grimoires and Magical Formulas of the Wicha. 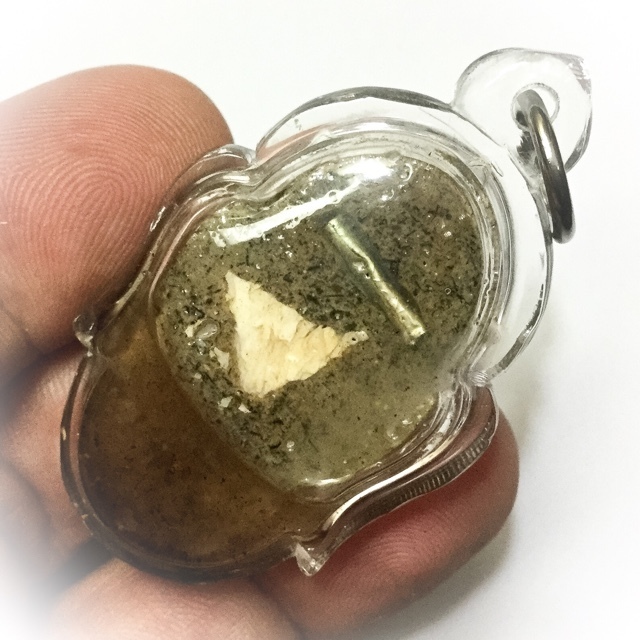 The full formula of Invocations for the Kata Akarn Sam Sip Sorng were also performed, for reanimation of the spirit within the amulets. This is an essential part of Necromantic Empowerment with all Humanoid and Animal form amulets which are imbued with a resident spirit. 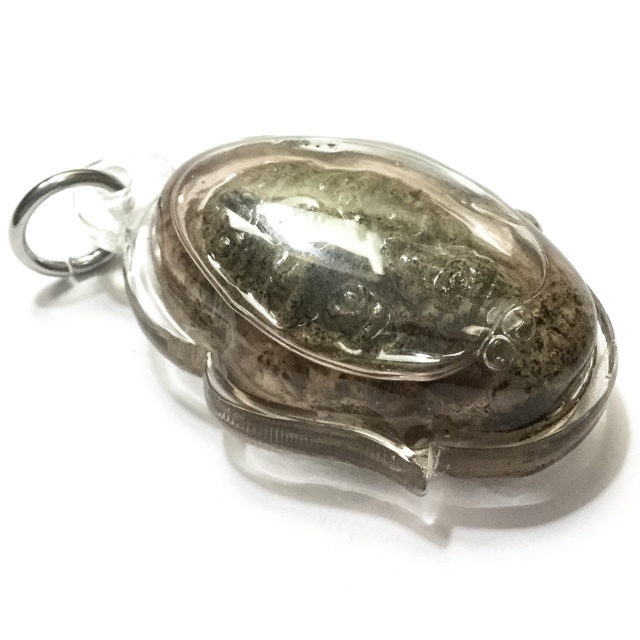 Make your specific wishes when chanting, and pray to the Hoeng Prai to bring you lucky winnings and fortunate events, and to keep you safe, increase your riches, and prevent poverty. Otherwise, when not calling the Hoeng Prai, but wearing it, the Hoeng Prai will still work proactively as a Prai Grasip ghost whisperer, to forewarn you of dangers, and especially when a lucky windfall, a winning hand or lucky number is about to drop. 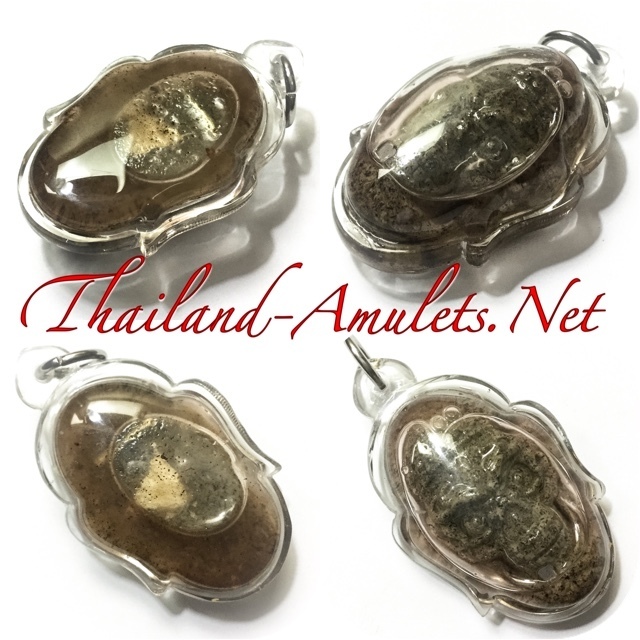