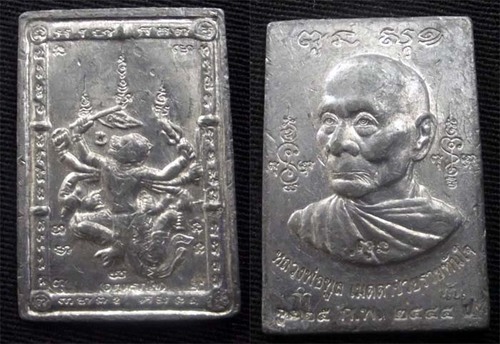 Famous 2445 BE edition Coin amulet with the nickname 'Rian Gamnan', because of the words 'Gamnan' on the rear face. The amulet features Luang Por Poon on one side and Hanuman haw Pen Daw Pen Duan on the other side. This posture of hanuman is the scen of his Birth where he Flew up into the Sky, Yawned, and the Moon and the Stars emerged from his mouth. Nakorn Patom Master, Luang Por Poon of Wat Pai Lom, had a long and famous History of Experience with the Hanuman Deity. His connection with the Deity, and the power of his Hanuman Amulets, are Legendary.

Hanuman has a large array of powers, whose Celestial grace bestows a number of different blessings upon the Devotee of Hanuman; Kong Grapan, Klaew Klaad, and Maha Amnaj are amongst his most famous blessings, and the most well known. But what is less known about, are some of the other powerful qualities and blessings of Hanuman... 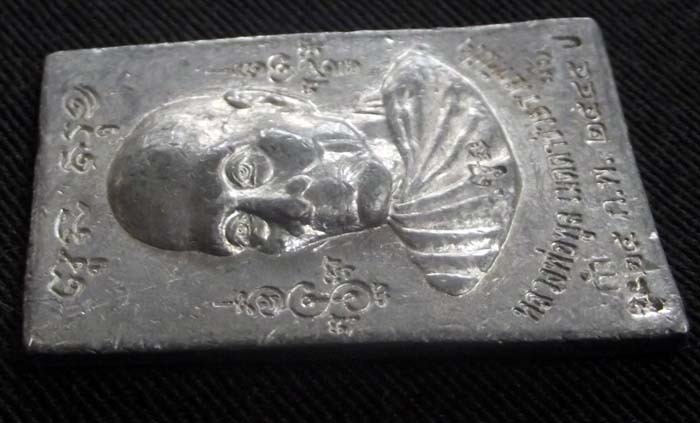 Both sides of the Amulet have Sacred Yantra Spell Inscriptions in Ancient Khom Agkhara. Apart from using as an Amulet for wearing, this Leaden Coin can also be used for immersion in the Holy Prayer Water Bowl, for Empowerment of the Prayer Water, and of the Coin too.

Hanuman is a very Wily and Clever Opponent, and always Figures out the story behind the trick. He is a Shrewd and Prudent General with Great Tactical Knowledge and Martial Wisdom. This makes Hanuman Useful for those who are always encountering Opponents, or in Contest with Others. Opponents can be met both Unwillingly (Enemies) or Willingly (Business, Sport, or Games of Risk). Hanuman is thus a 'Winner' and never loses, making him a great Deity for the Gambler, Speculative Investor, Businessman, and Seducer to revere. Those who are in Advisory Positions could also Benmefit from Hanuman, not for the Charm aspect as much, as for the advisory and tactical wisdom of Hanuman. 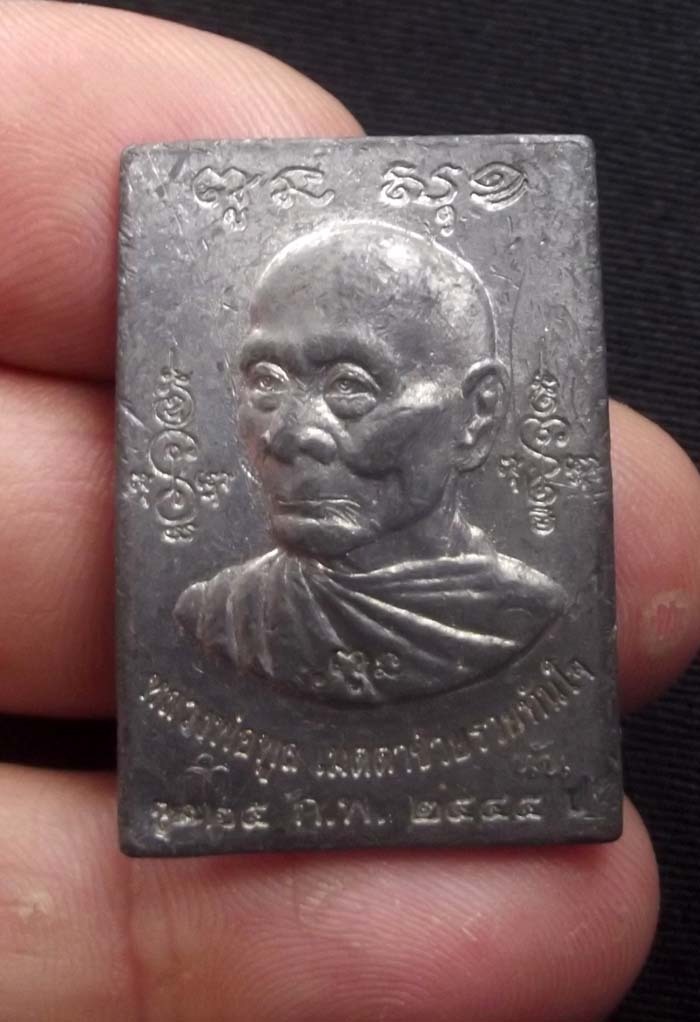 Hanuman is the symbol of loyalty, strength, invincibility, wit and charm, as well as agility. His Agility makes him the perfect Deity (and indeed one of the true patron Deities) of the Muay Thai Warrior, and indeed all Warriors. Used by everyone from Thai Boxers, Amorous Lovers, Military Personell, and those who have to compete often. It is less known that Hanuman is an excellent amulet for Gamblers, because we often overlook the fact that in the Vedic Myths, Hanuman is always the winner, and never loses any challenge. Winning is part of his special power. 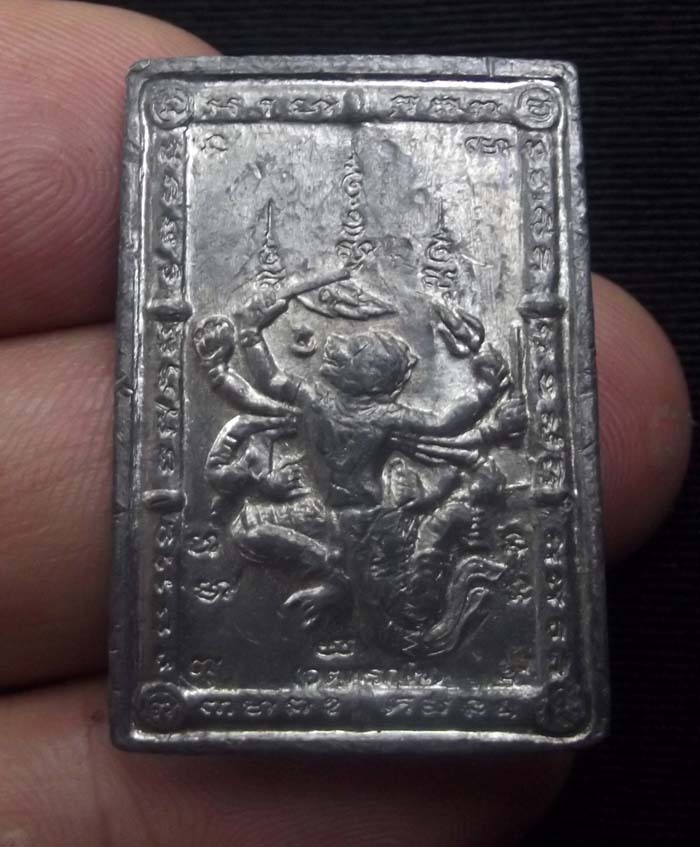 The borders of the coin are surrounded with Ancient Khom Agkhara spells, for this is indeed Yant Hanuman - a Highly Sacred and Ancient Yantra, with Magical Incantations that are thousands of Years Old, and carry the Sorcery of the Vedic Lore within them. 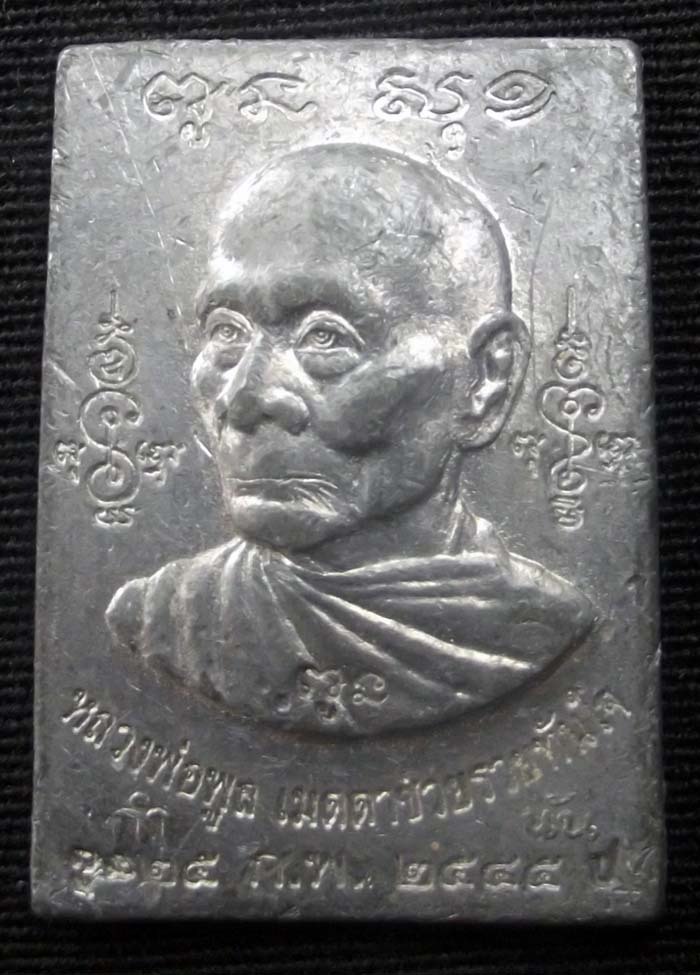 Luang Por Poons amulets are known not only for the effectiveness of their magic, but also for the fact that the amulets are alwasy made with a very high grade of design quality and finish. They are thus not only sacred items of reverence, they are also wonderful examples of Buddhist Miniature Fine Art. 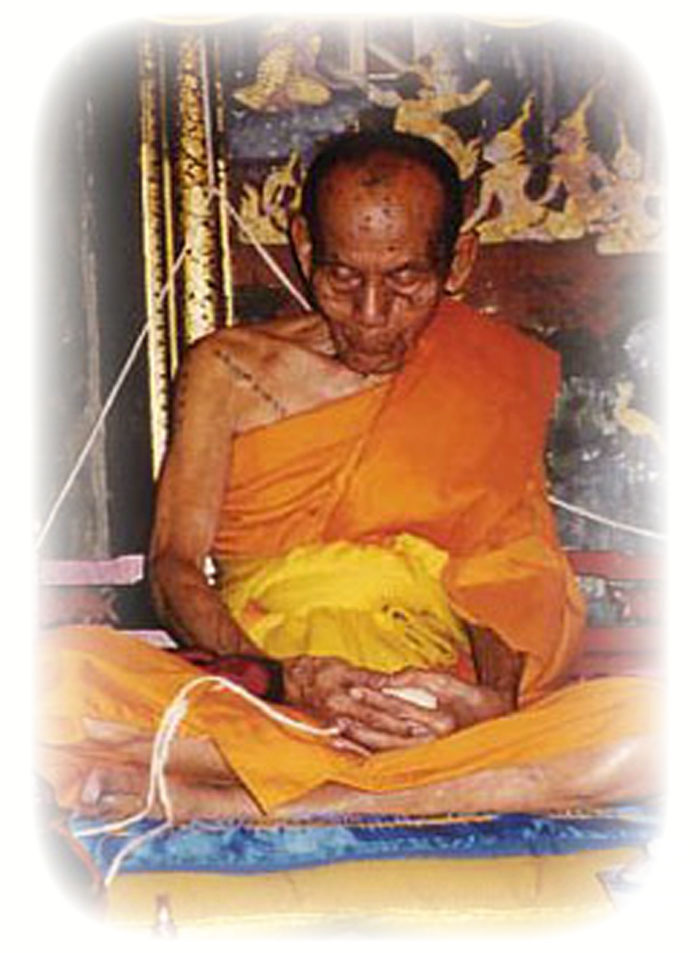 Luang Por Poon is one of Thailand's most revered Monks of this Century and one of the Most famous names of the last 3 decades of amulet history. The echoes of his passing is still felt by his Devotees, and the pain of his absence is only softened by the comfort given by his amulets, and his Sacred memory.