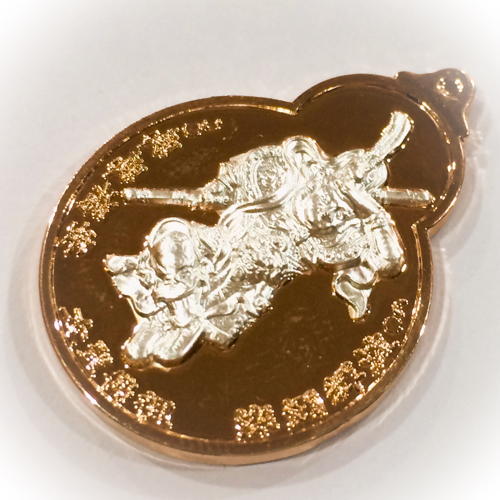 This Thai-Chinese Deity Image was made as a Bucha Statue and as Deity Coin amulets, in two different postures for different magical blessings; 1.Pang Samrej - Success and Accomplishment 2.Pang Chana - Winning, Victory over ones obstacles and enemies This 'Chalong Sae Yid' edition of luxury collectors edition coin amulets are the first ever making of this Deity in amulet or Bucha form for the Public. Blessed and empowered by LP Ruay (Wat Tago), LP Perm (Wat Bom Gaew), LP Khaw (Wat Dork Kway) LP Mian (Wat Ban Chanian), LP Pian (Wat Grern Gathin), LP Raks (LP Luck - Wat Sutawat Vipassana), Pra Ajarn Id (Wat Jula Manee),Pra Maha Surasakt (Wat Pradoo), and Luang Por Chamnan of Wat Bang Kuti Tong. These amulets are some of the most beautifully honed sacred coins we have seen this decade. The coins come in a number of different combinations of sacred metals, some with Ya Rachawadee Enamels. They were made in two different postures.. Pang Samrej = success and prosperity and Pang Chana = win. 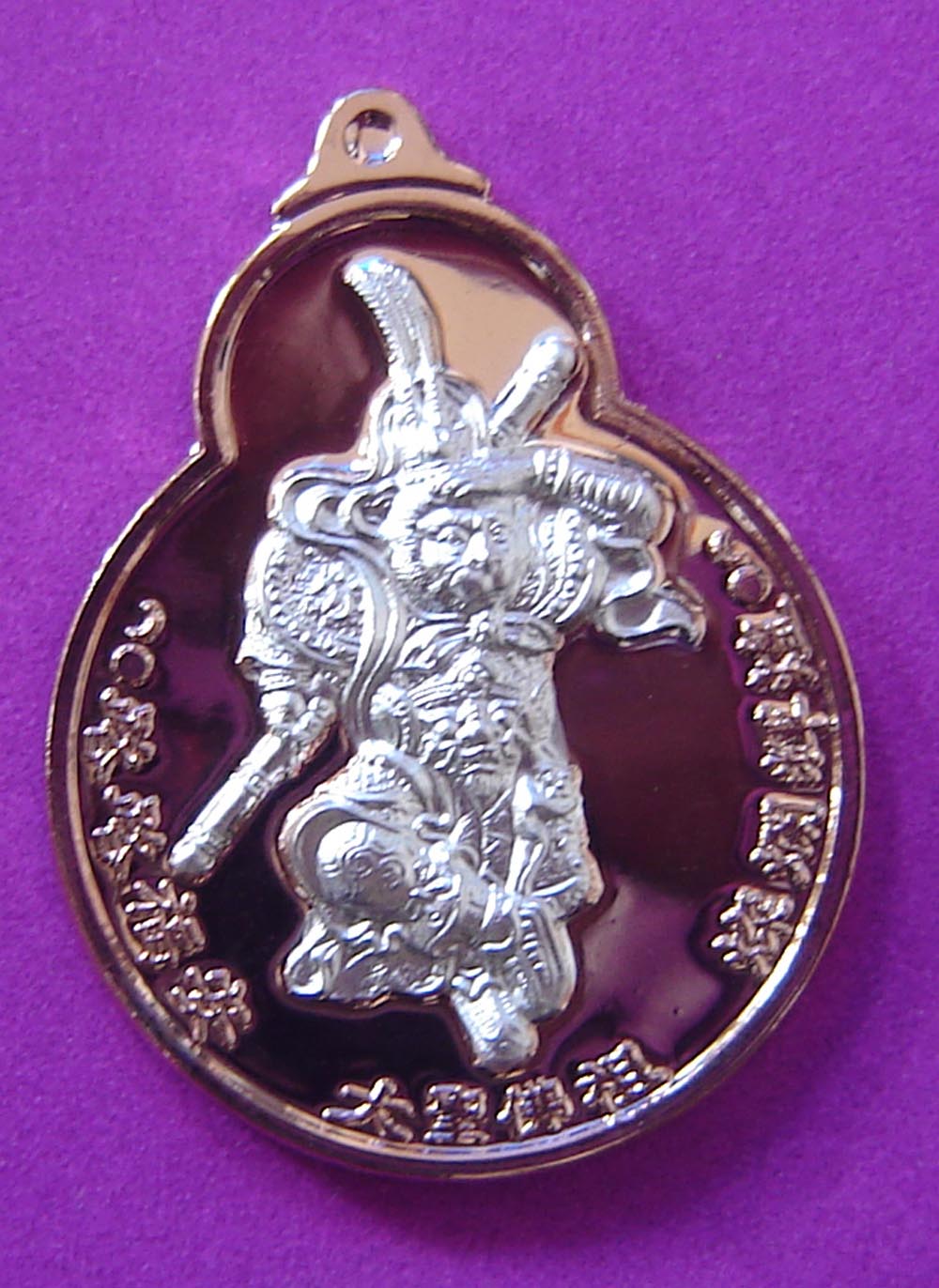 2940 coins were made in this particular Pim/Model, which is made from 'Nuea Galai Nak Hnaa Ngern' (Bronze sacred alloys with silver image embossed). Galai Nak is a bronze alloy with a large amount of silver smelted into it for hardness and sheen. These metals will be smelted using ancient pieces of sacred metals and amulets, statues etc, to re-smelt into new amulets and Buchas. This is the Traditional way of making 'Chanuan Muan Sarn' (sacred mixture for amulets). 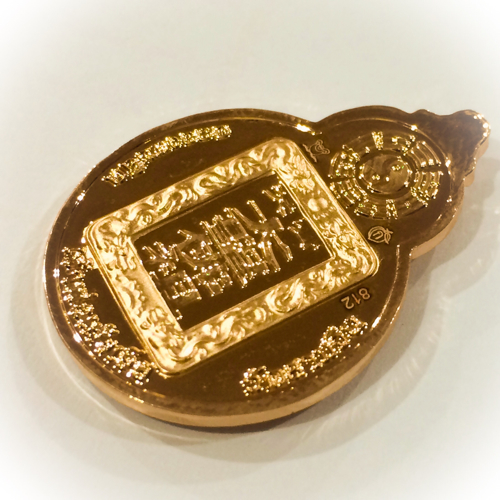 Each coin bears a numbered limited edition code number stamp, and the 'Gor Gai' code letter. The words 'The Enlightened Sage' are embossed in Chinese Lettering on the rear face. The crafstmanship of these amulets is first class, high quality finish, which stands out from the crowd and speaks for itself. A Yin Yang, and Chinese Dragons are also featured on the rear face. A true Masterpiece of Fine Buddhist Miniature Arts, and also a very Sacred Magical amulet, which is of great interest for those who believe in and revere Thai Amulets, and are also of Chinese descent. The Miracle strength and power of these two deities are incredible aids to success. 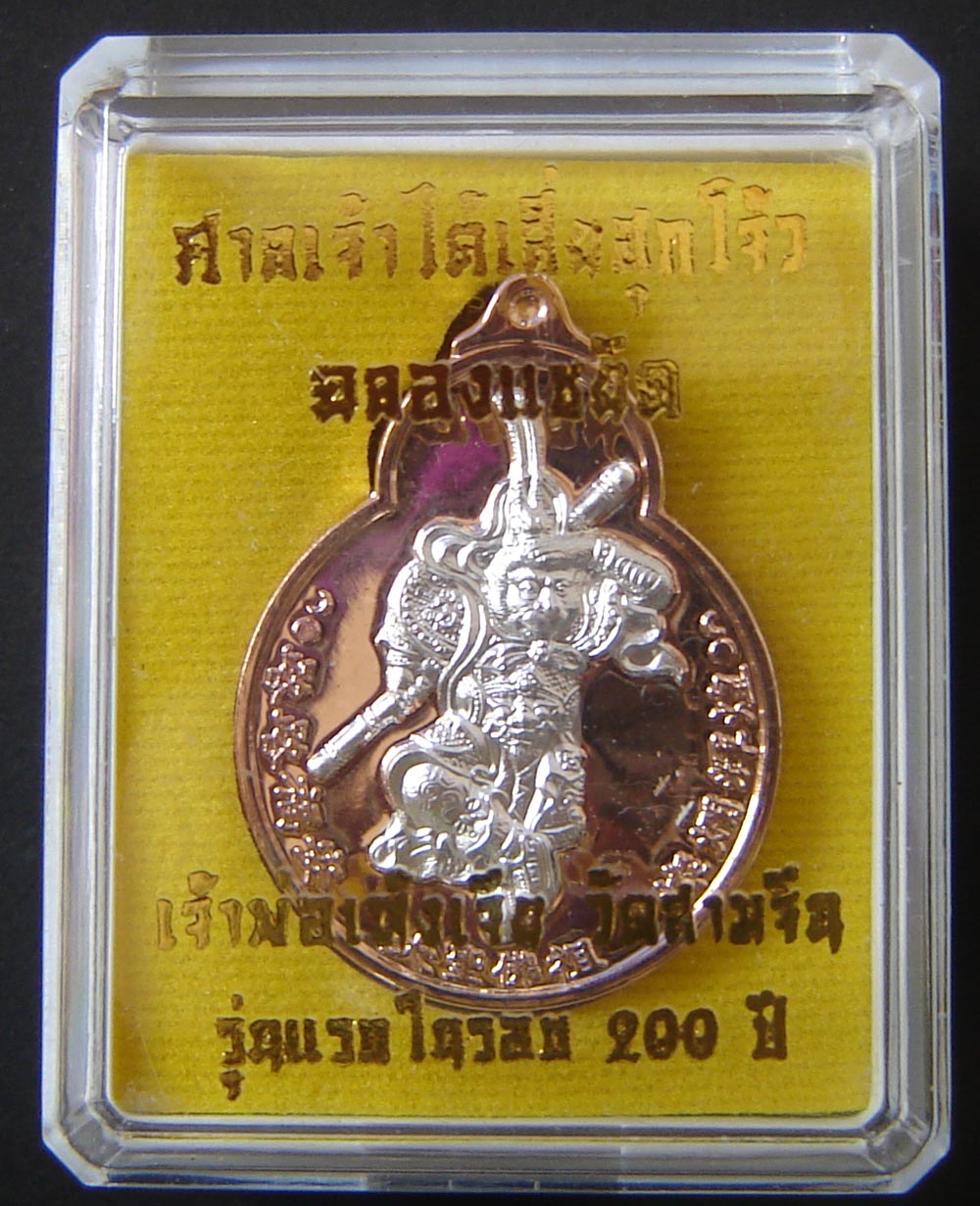 The coin comes in original box from temple, and is from the Gammagarn collectors edition, with a numbered code on the rear face, which differentiates it to the normal edition release, which has no numbered code, as you can see in the below image of a general edition coin, for your comparison. 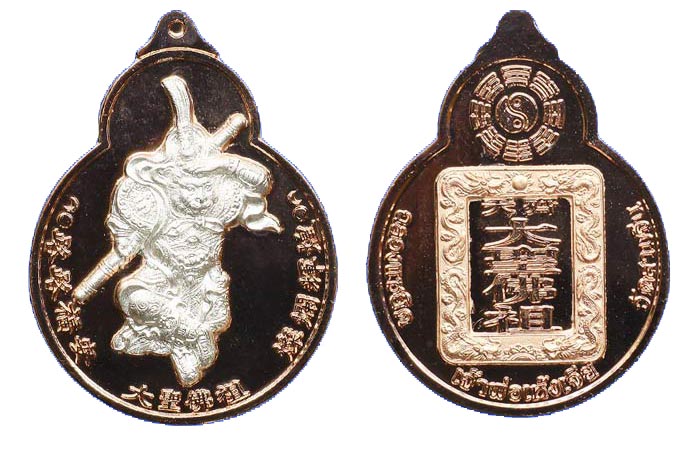 The second occasion, was held on the 2nd June 2554 BE with a host of Master gaeji Ajarn Guru Monks to assist in the empowerment and perform chanting of the Puttapisek/Tewapisek ceremony. 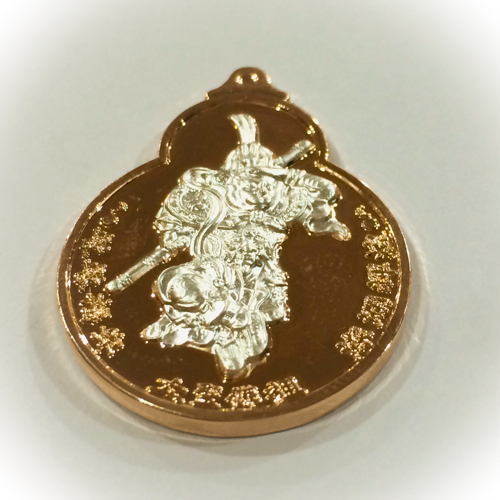