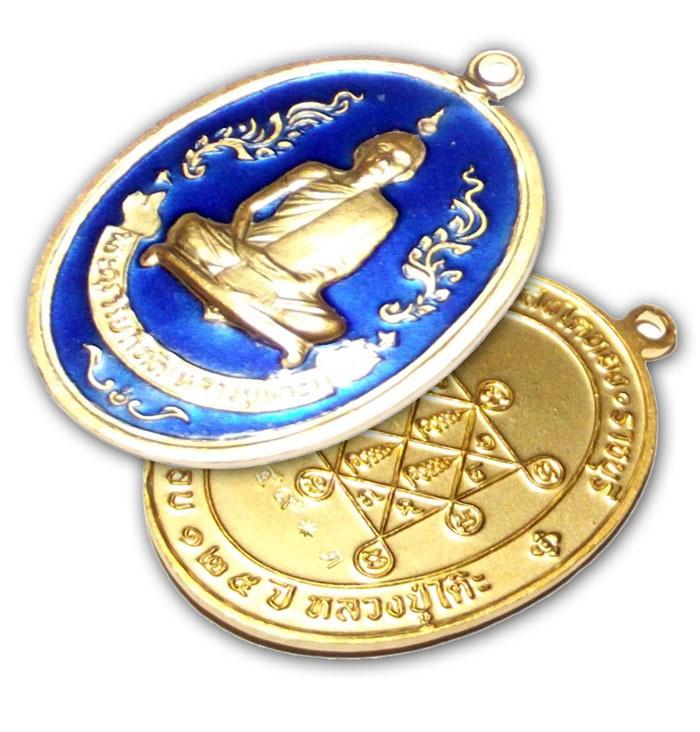 'Yorn Yuk' Nostalgia Piece 125th Anniversary edition coin reproducing the Eternally Classic Pim Niyom 'Roop Khai' oval shaped coin amulet, with the image of Luang Phu To, of Wat Pradoo Chimplee. This Pim (model), is made from Ancient Temple Bell Brass Sacred alloy, with gold plating, and a luxurious Royal Blue Rachawadee Enamelled Glaze. Front face features Luang Phu To in a replication of the 2510 Be Edition coin amulet, which is seen to grace many a hardback amulet encyclopedia or expert catalogue. Luang Phu To is arguably one of top Ten Thai Guru Masters of the Last Century. The coin is a Nostalgia Piece Memorial Replica of the 2510 'Rian Roop Khai Luang Phu To Wat Pradoo Chimplee Run Taek' First Edition coin amulet, now worth tens of thousands of dollars, if at all findable.

The edition included some Immensely Sacred and Beautifully cast Bucha Images of Luang Phu To of Wat Pradoo, Pat Yod, some Lor Meg 2521 BE Replica round shape coin amulets, and these Ultra Classic and Collectible 2510 BE 1st Edition Replica Monk Coins. 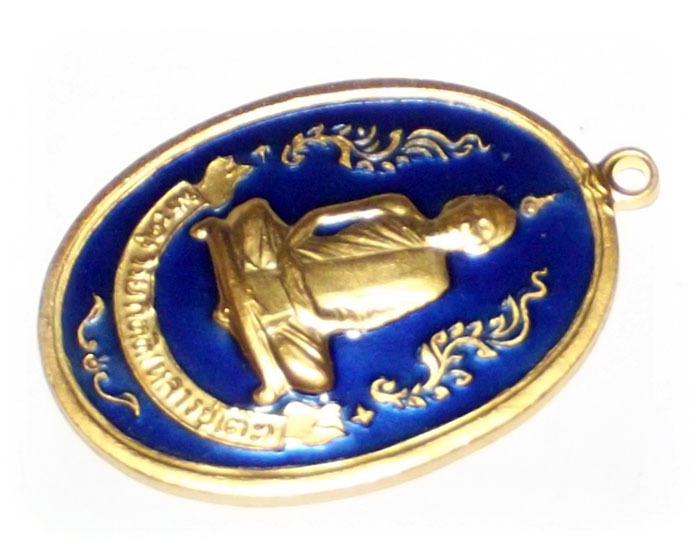 the front face features the image of Luang Phu To in Cameo relief with an Image of LP To. The coin itself is made from 'Nuea Tong Rakang Chup Tong', a mixture of Sacred Ancient Temple Bell Brass, Yantra Foils, and Brazen artifacts smelted together into. one Sacred Muan Sarn Ingot, inscribed with Buddhist Incantations in Khom Agkhara lettering, and then resmelted into the form of these coins. The coin's casting method used, as was the case with all amulets in this Classic and Historically Important edition, the Traditional Olden days method of making amulets. The olden days casting, cutting, pressing and smelting methods are much more painstaiking, difficult to control the results, which is howeever also part of the Charm of ancient amulets, that no edition was ever comletely uniform in the exterior finish of each amulet, making each amulet possess its own personal charm, texture, and tone. 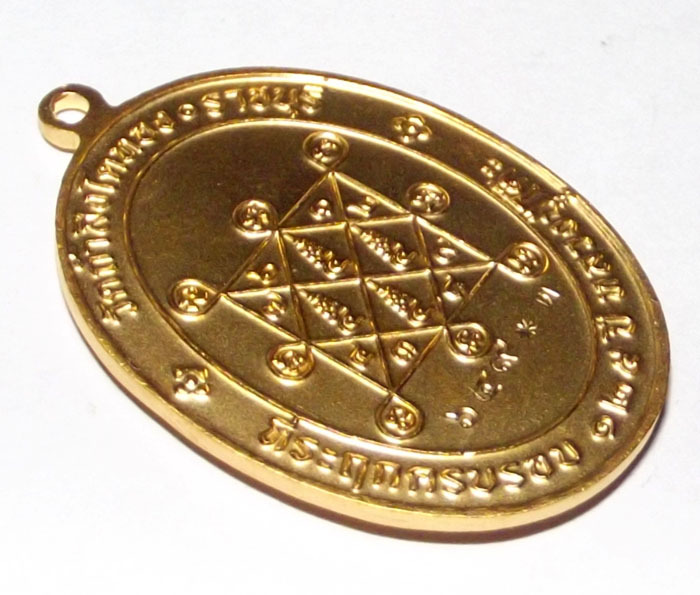 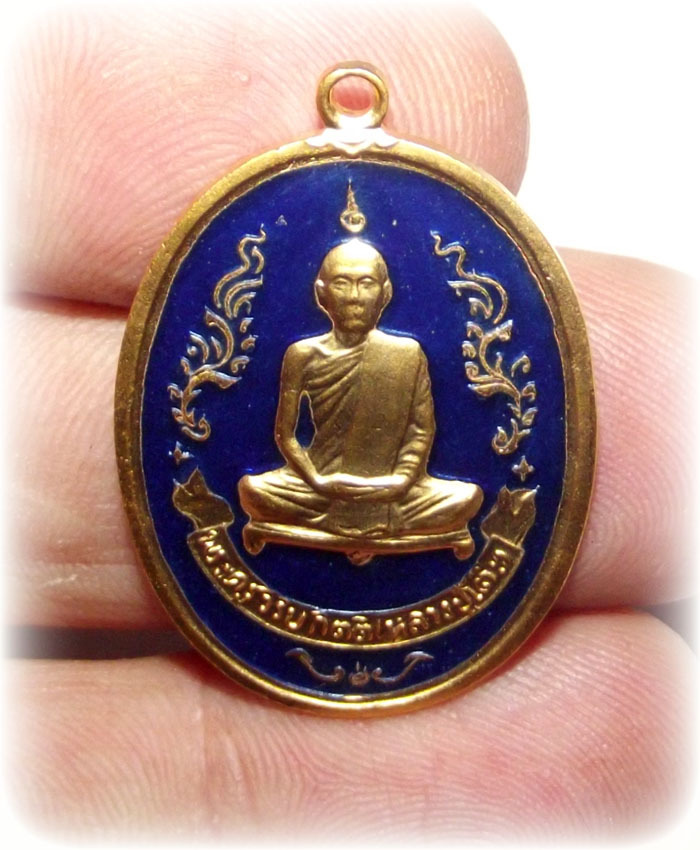 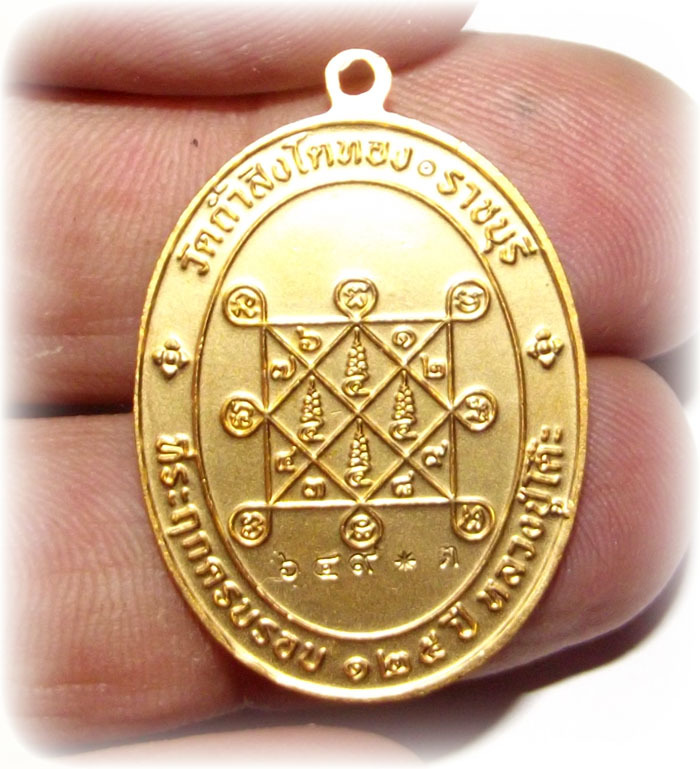 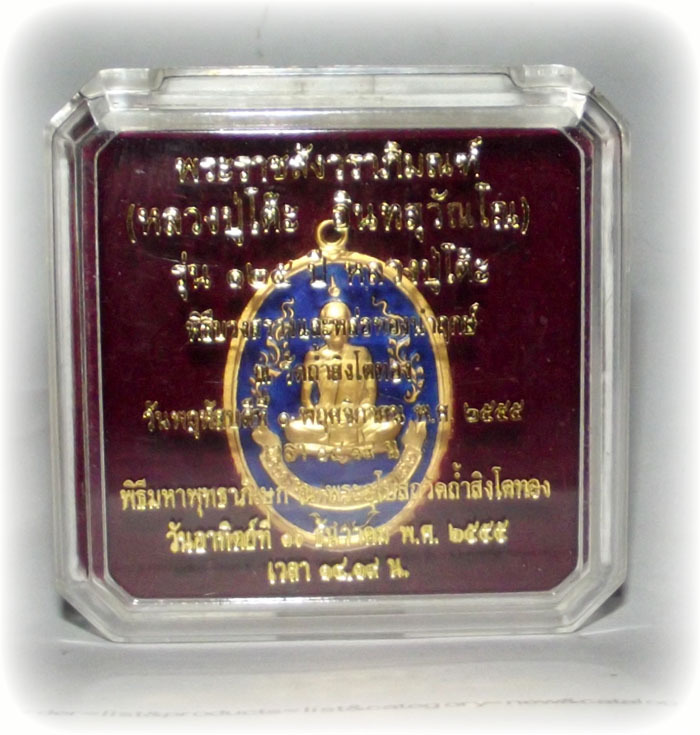