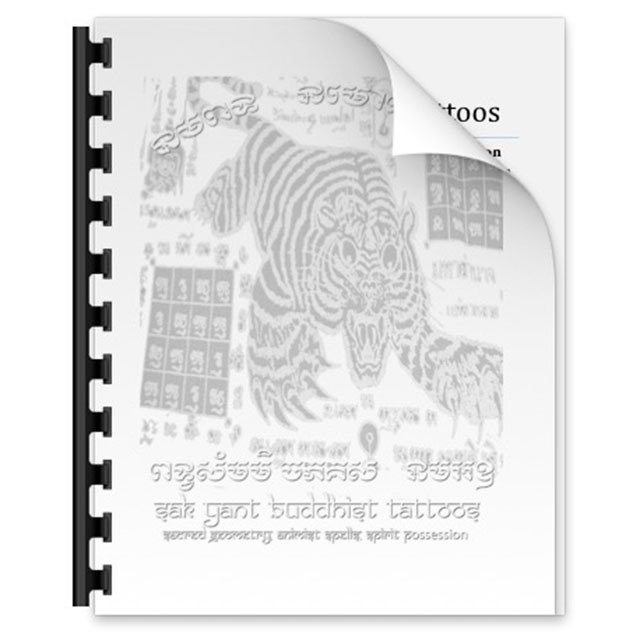 
300 pages of detailed information and images on the Sacred Art of Sak Yant tattooing and the Sacred Geometry of Yantra. An insiders look into the world of Thai Buddha Magic. Being Ajarn Spencer Littlewood's first publication, the book was not as finely honed as the publications which followed, which as they have progressed through the years, have improved in their formatting and quality as experience was gained. Ajan Spencer's Fascinating Journey into the world of Occult Buddhism begins with this his first book, which is focused on the art of Sak Yant Thai Temple Tattoos.

The book ends with a slight digression into other occult practices and amulets, to pave the way for the Buddha Magic Series which was to follow this Book. The Buddha Magic ebook series which follow this book, then branch off into the many facets of Thai buddhist and Animist Occult Practices, Magic Amulets, Necromancy, Myths and Legends.

The book is written by by Anthropologist, Occultist, Linguist and Tattoo Artist, Ajarn Spencer Littlewood, whose experience as a tattoo artist, occultist, and a devout Buddhist led him to begin a 15 year quest which would lead him into the inner sanctums of Thai Buddha Magic and the Samnak Sak Yant, which he has studied, documented and indeed also practiced throughout his apprenticeship to Magic. This book was the result of his first 7 years of study. 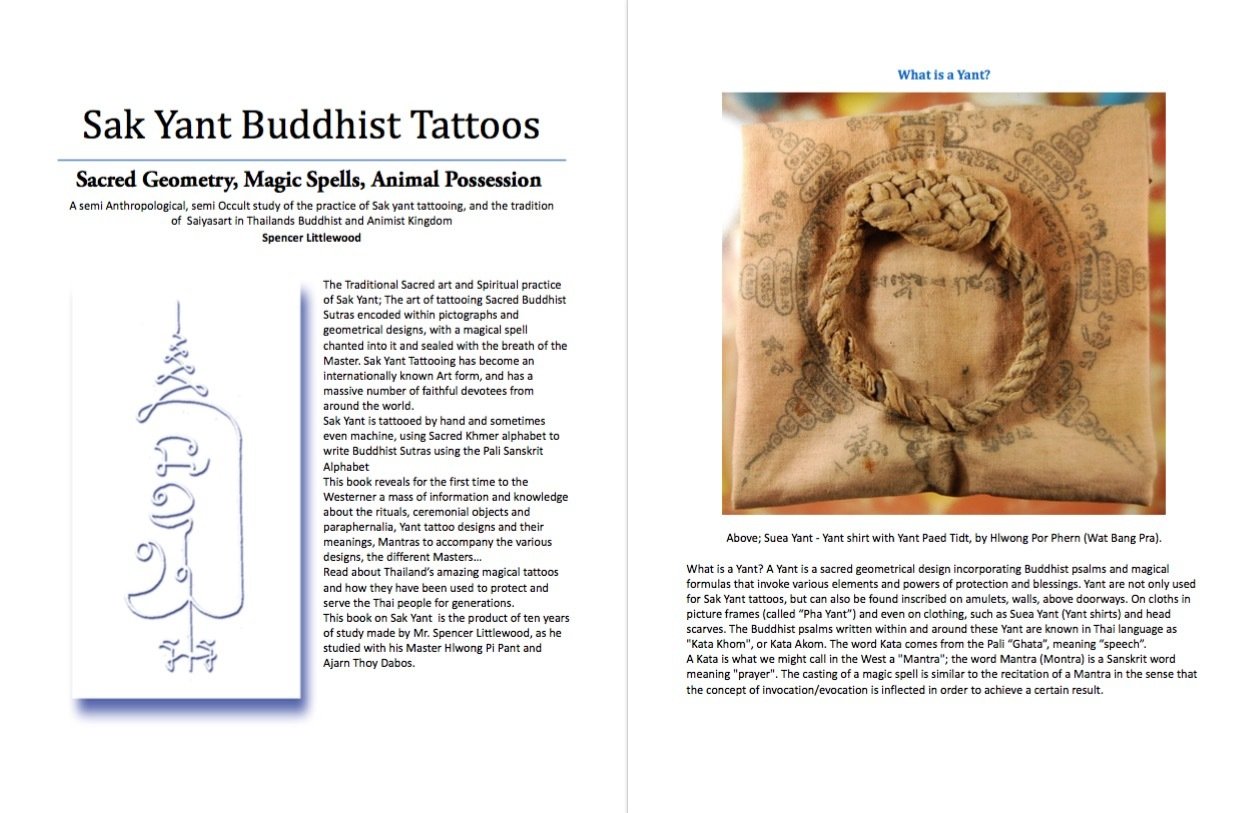 Please Note; THIS IS A DIGITAL DOWNLOAD IN EBOOK (PDF) FORMAT - NOT A PHYSICAL BOOK. THE BOOK IS TO BE DOWNLOADED TO YOUR COMPUTER AND READ ON COMPUTER OR MOBILE DEVICE. YOU CAN HOWEVER PRINT ONE COPY FOR YOURSELF IF YOU WISH ON YOUR OWN PRINTER OR AT A PHOTOCOPY AGENCY.

All of the aforementioned topics are talked about in the book. The book goes into surprising amount of detail uncovering some of the still unknown facts about Thai Saiyasart and Buddha magic, as well as revealing the magical methods and rituals for performing some of Thailands most famous and powerful magic spells. 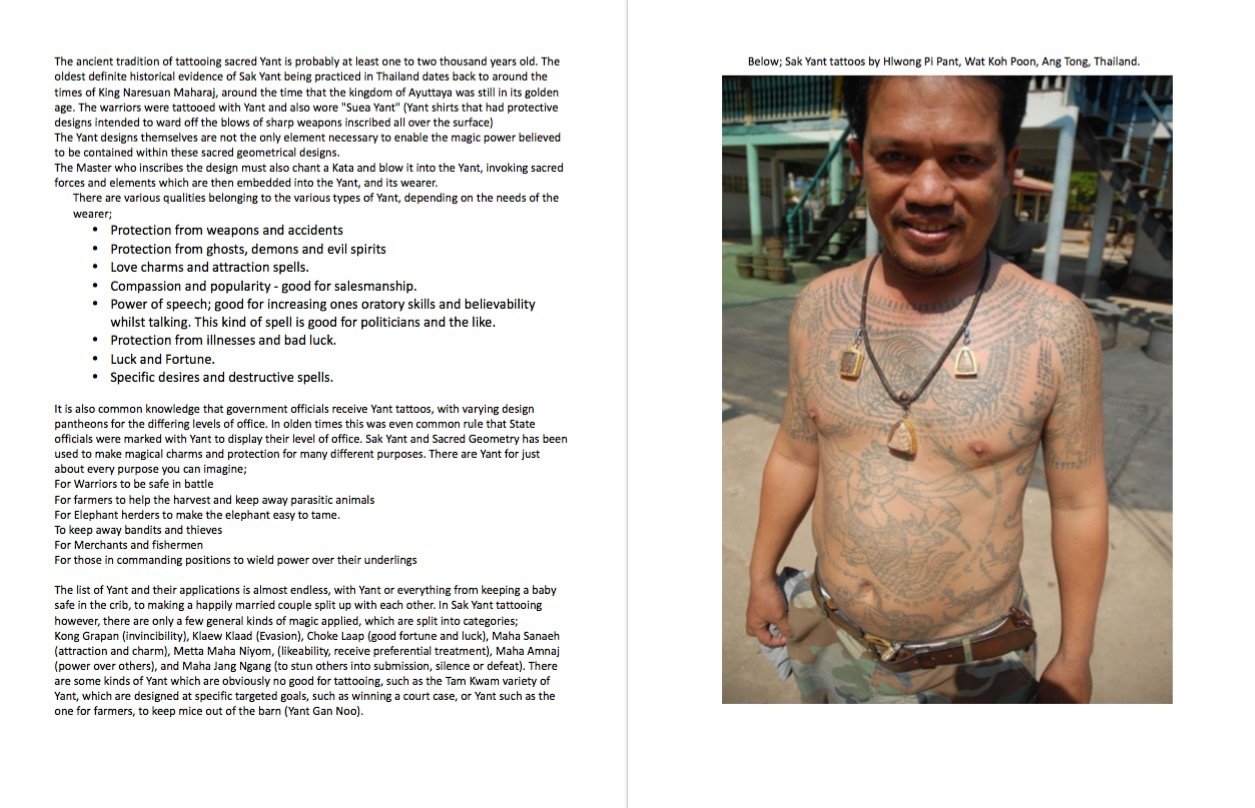 The Sak Yant E-book is not only about Thai Buddhist and Animist Temple Tattooing. It also delves into the Sacred geometry of the Yantra designs, Ritual ceremonies, amulets and their creation methods, and local Animist beliefs and traditions. 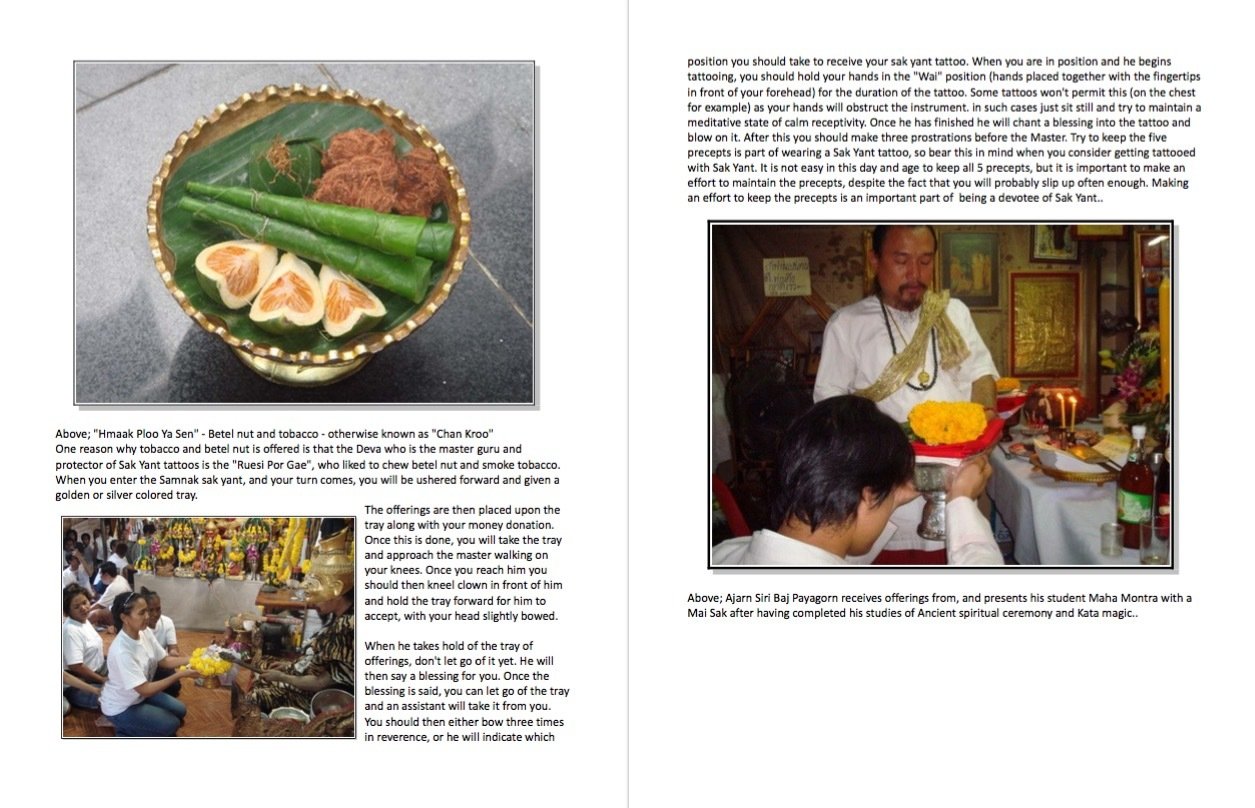 The book was published on July 15th 2010. Screen shots are below. Anyone interested in Sak Yant Tattoos, Thai Buddha Magic, Brahman or Animist practices, or Magic charms and amulets, will find a treasure trove of detailed information in the book. It is of both Occult and Anthropological interest, as well as useful to practicing Buddhists. 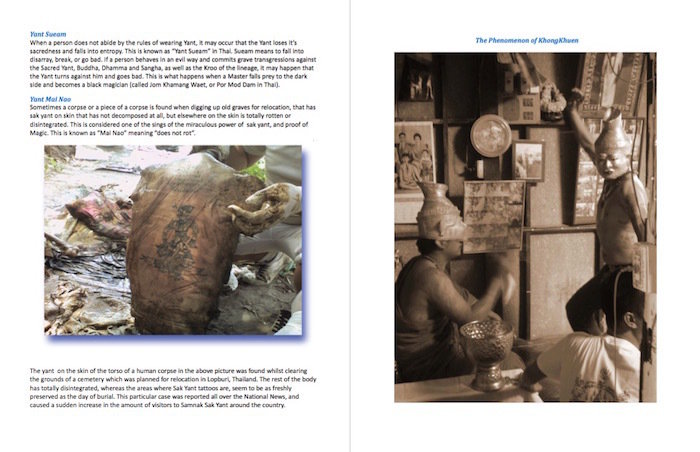 Once you have paid and passed checkout, using either Paypal or your Credit card (through Paypal), you will be taken to the home page. Log in to your account and go to the downloads page. 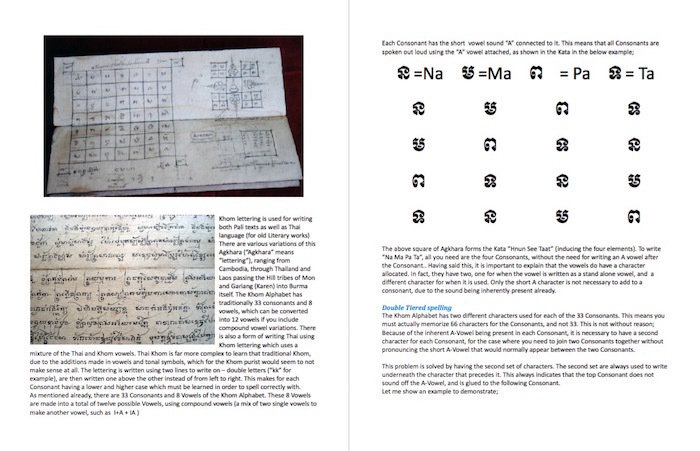 The Sak Yant E-Book can be acquired by using the Thailand Amulets dot net epublications store, BuddhistAmulet.Net, AmcientAmulet.Com, or the BuddhaMagic.Net store. The E-Book will then be available to you in the download section of your account when you log in. The Ebook will be a Download link in PDF format. The store will lead you to the homepage immediately after payment, or you can leave it until you are ready and download it later from within your account on our website when you log in. 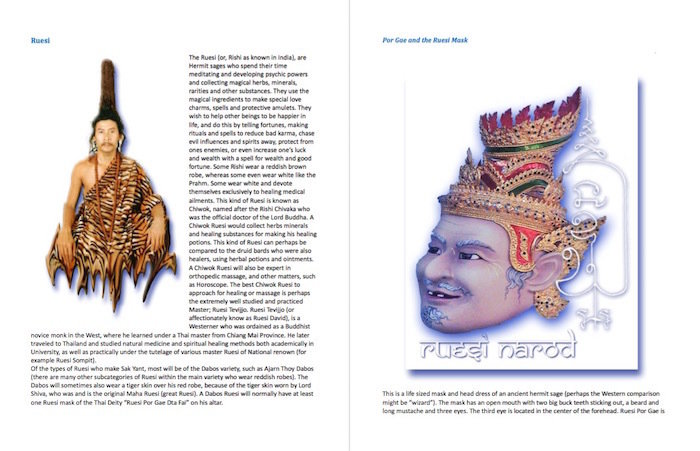 You are permitted to print and bind one single copy for your bookshelf if you like, which is why the ebook is in pdf format instead of .lit format (pdf is for printing not ebooks, and .lit is for reading. But only PDF can print or display pages exactly as they are, so i did this with the idea that people may wish to print a hard copy of the book, I would like to see people do this, and let people hold and read it, because this was my original dream, and would have been printed if i had had enough money to do so at the time.

Enjoy some inside views of the interior of the Ebook, with the below sample pages. 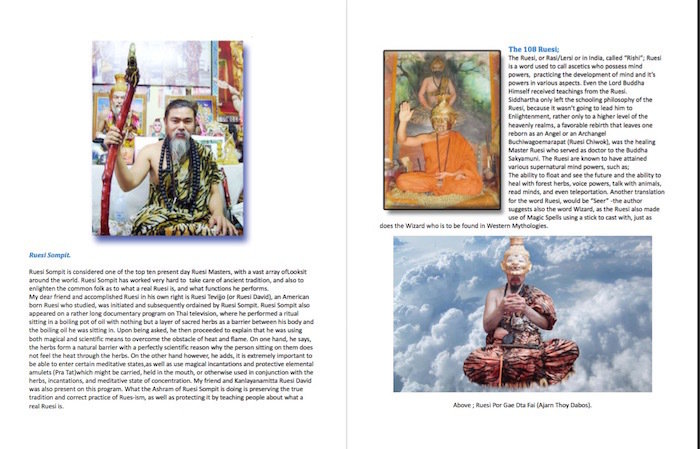 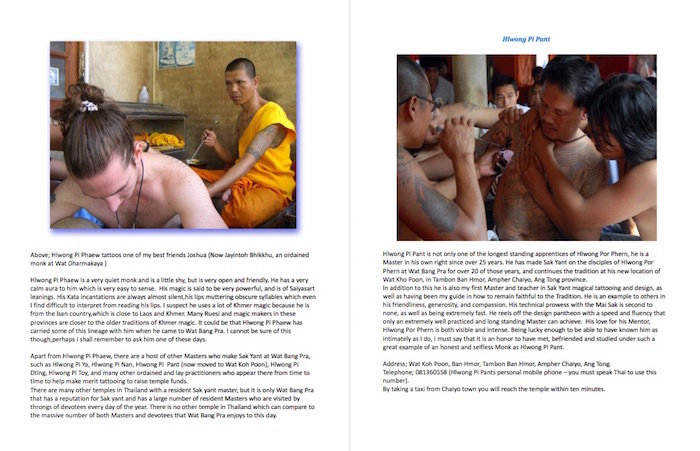 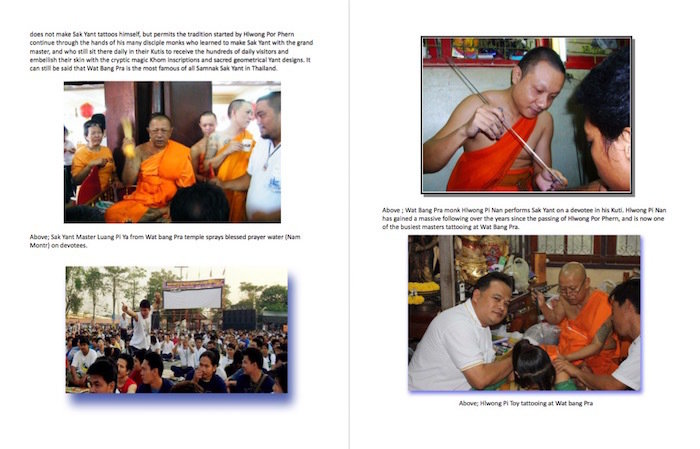 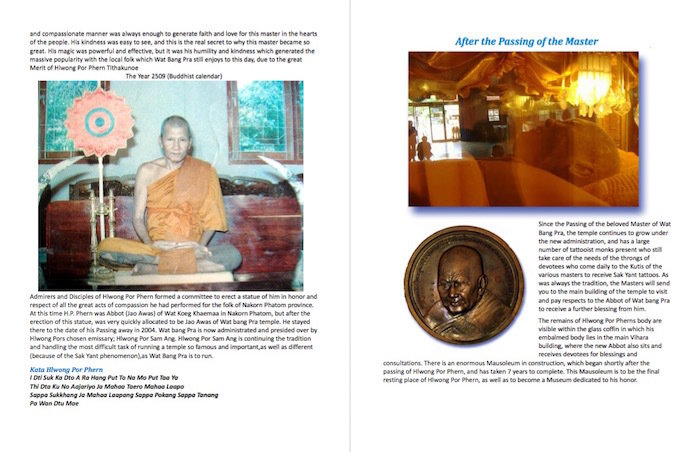 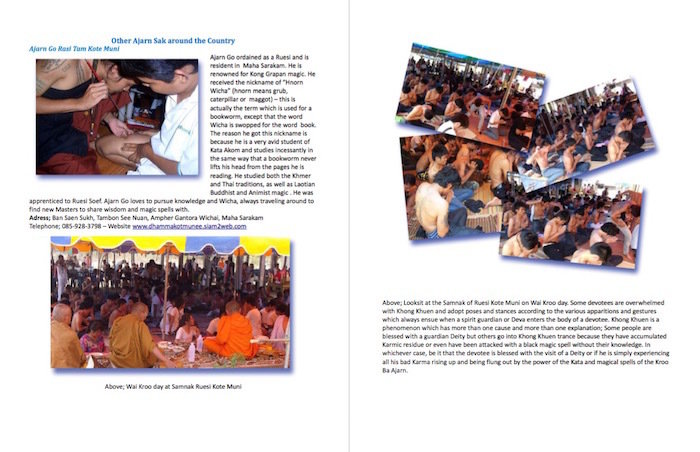 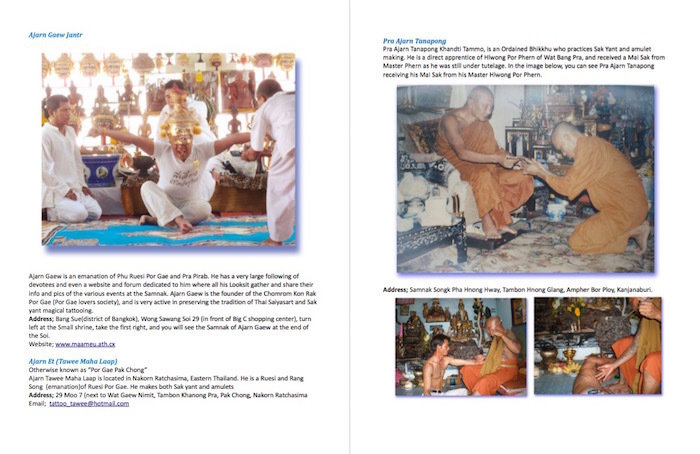 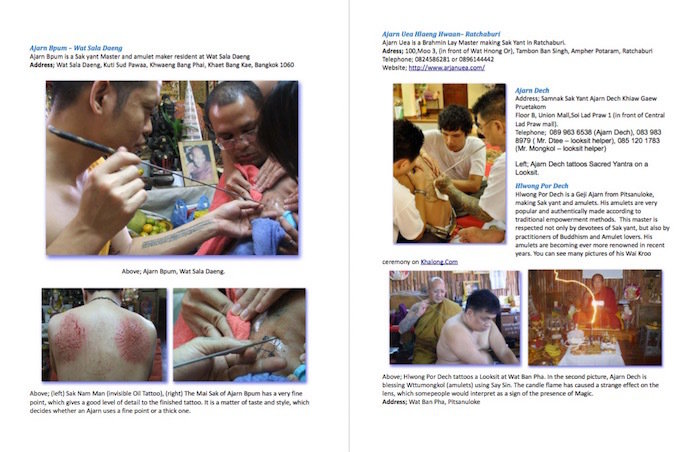 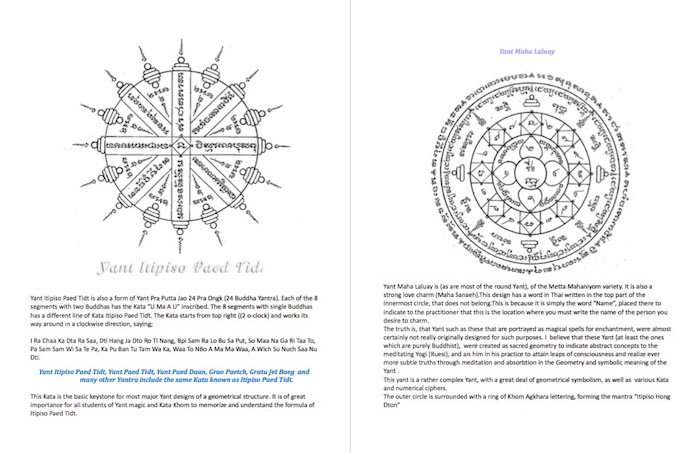 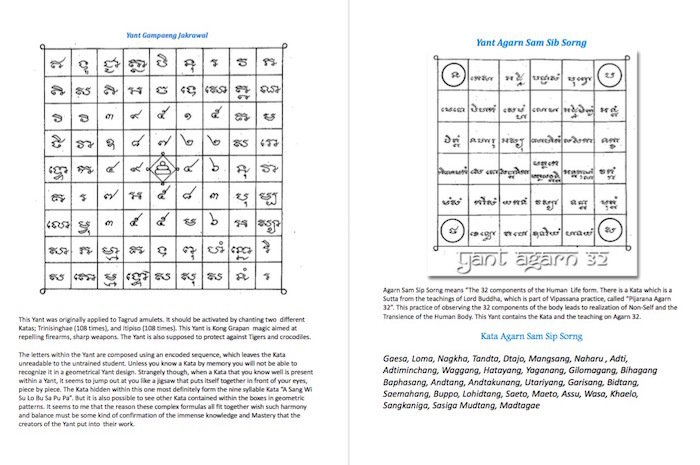 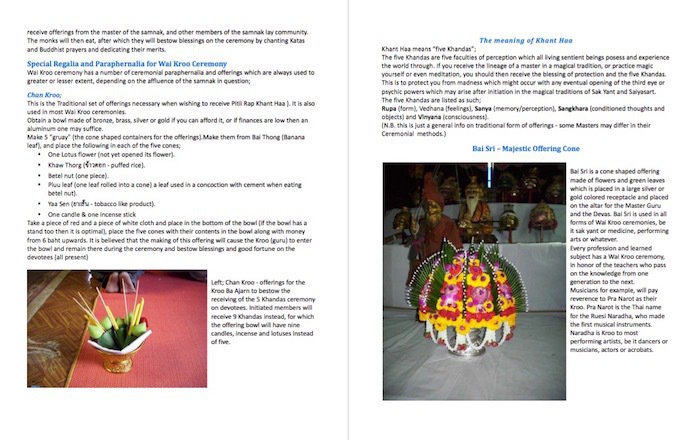 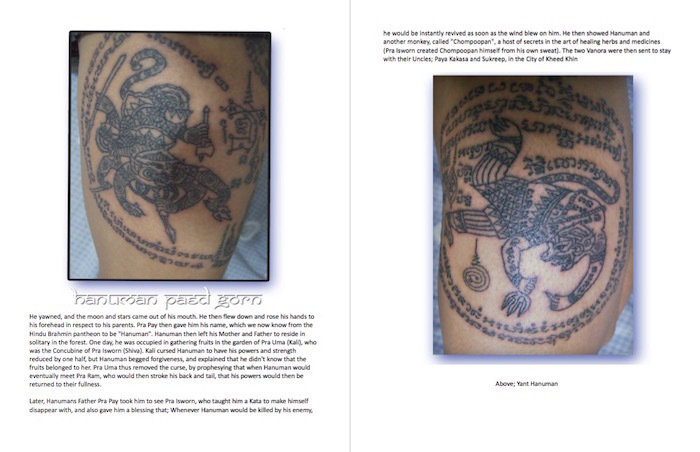 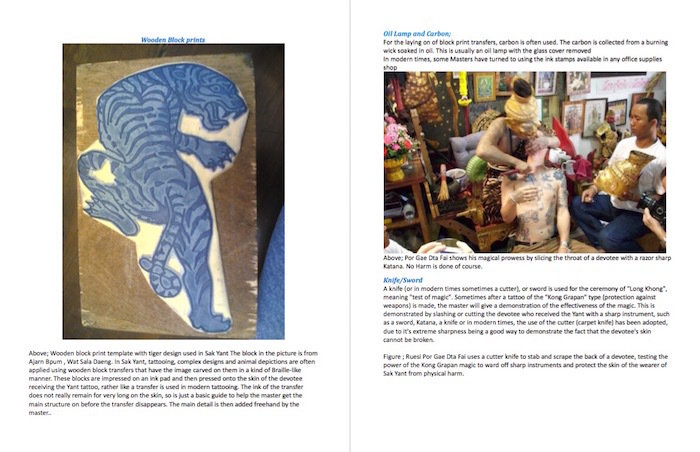