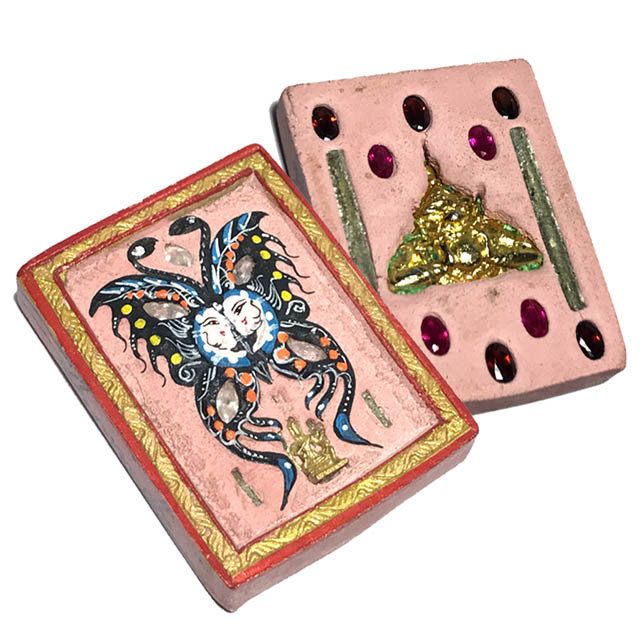 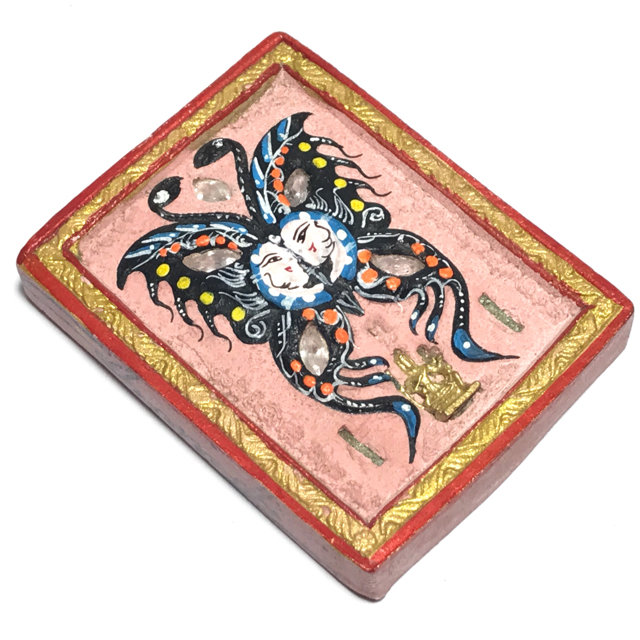 This edition differs from others in the insertion of two special miniature silver Takrut scroll spells in the front face of the amulet either side of the Brahma God Loi Ongk Statuette which is inserted into the lower section of the amulet, in addition to 5 Ploi Sek Maha Pokasap Enchanted Gemstones. 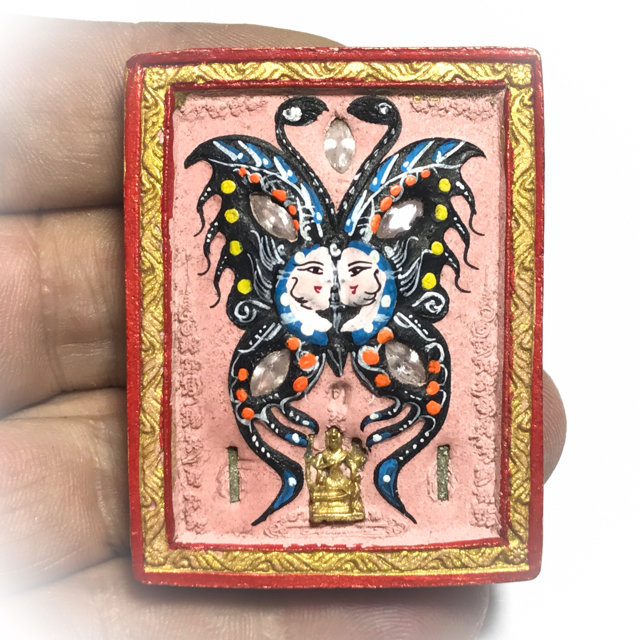 The rear face of the amulet has a further 2 Takrut Koon spells, and 10 Large Ploi Sek Maha Pokasap Enchanted Gemstones for wealth and treasure attraction, and a brazen image of the Pra Rahu Asura Deva Eclipse God, for removal of obstacles, and turn the line of fate. 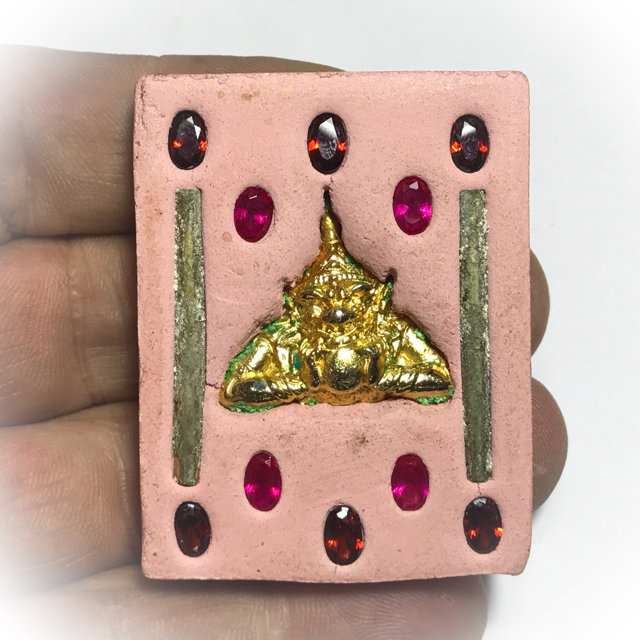 The series was released in limited edition of 59 amulets of each type of sacred powder in Pim Klang the 2555 BE Wai Kroo Celebration Ceremony to invite auspicious Blessings, at the Asrom Sathan. This Pim measures 5 x 4 Cm and is a Pim Yai Ongk Kroo. 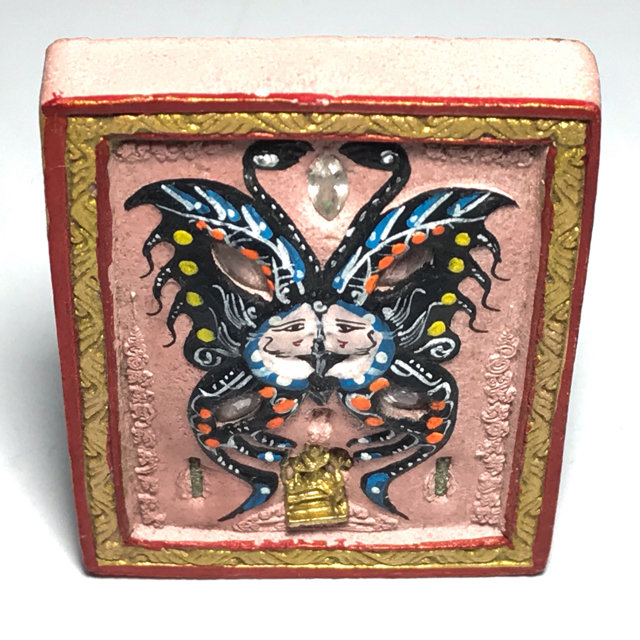 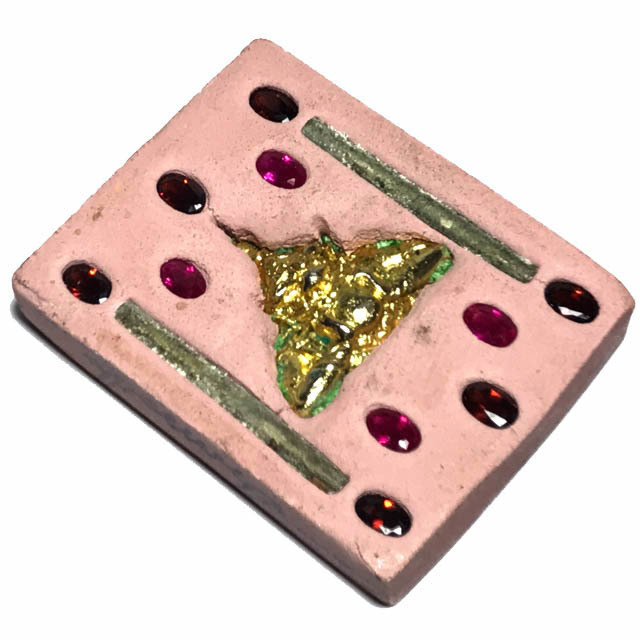 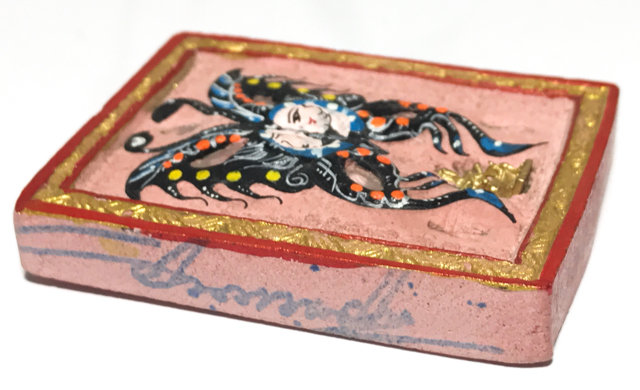 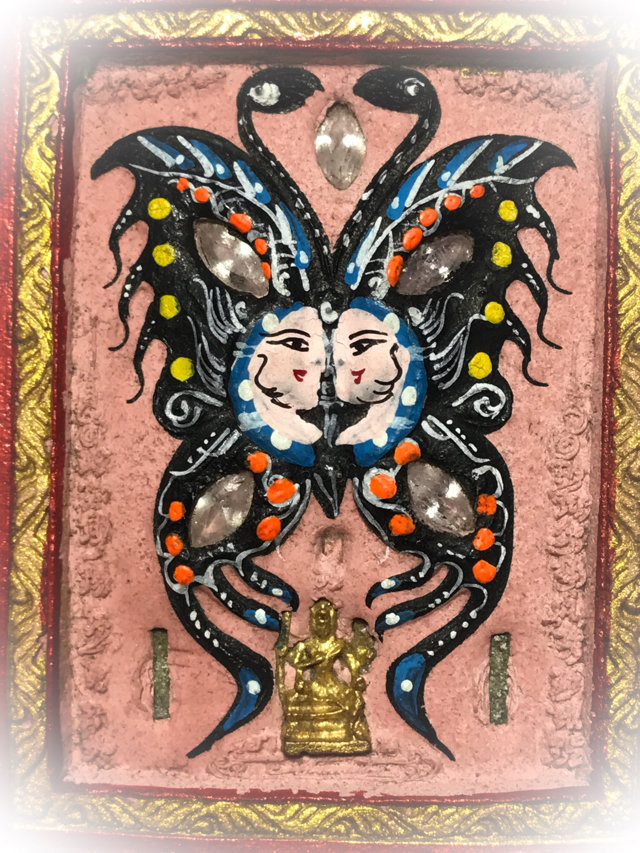 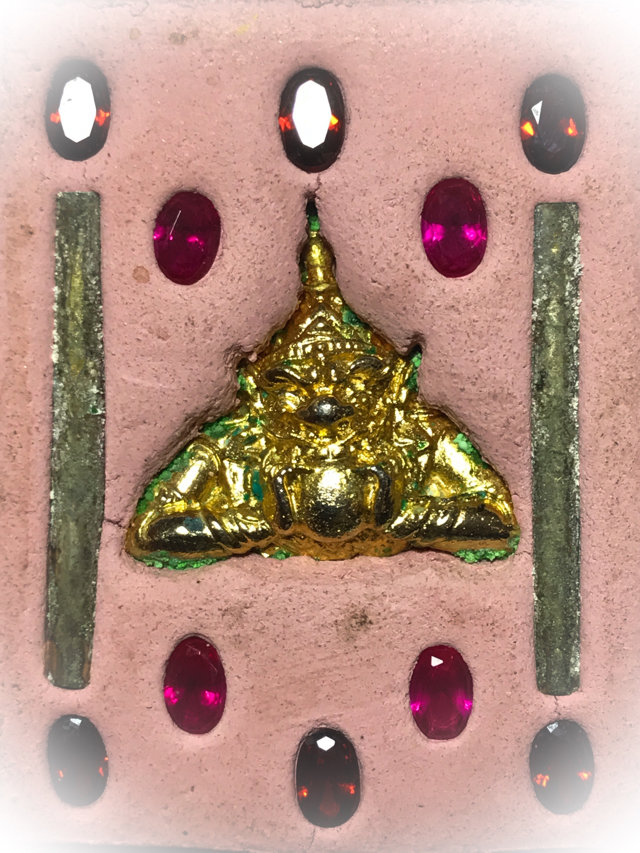 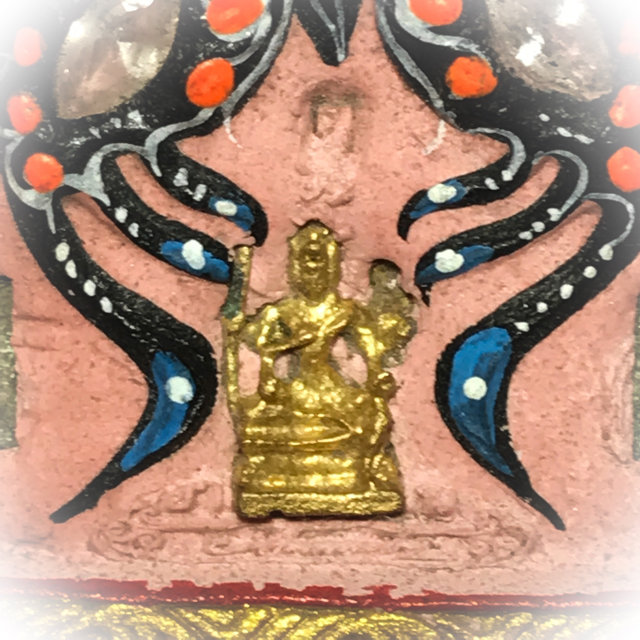 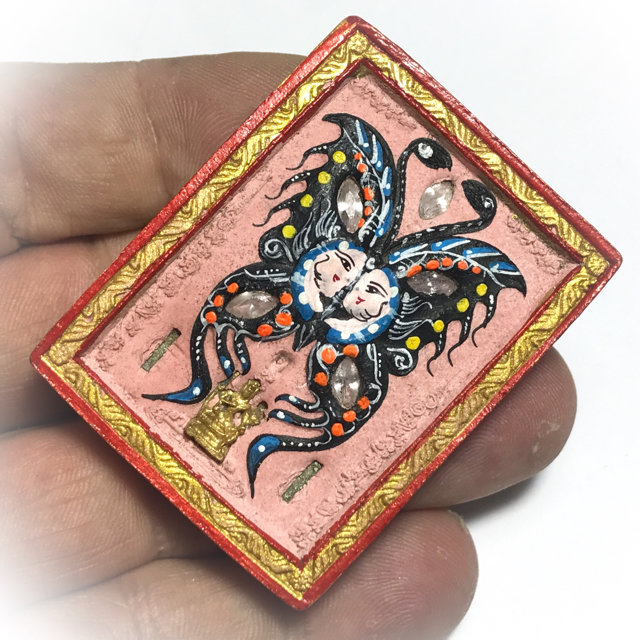 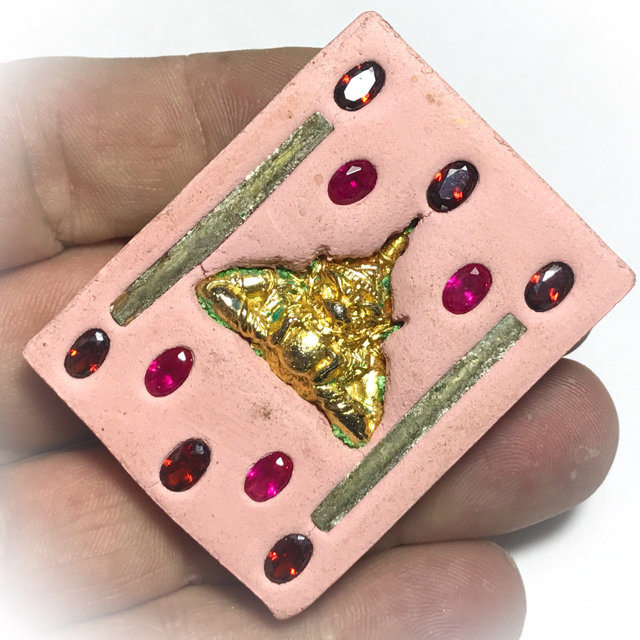 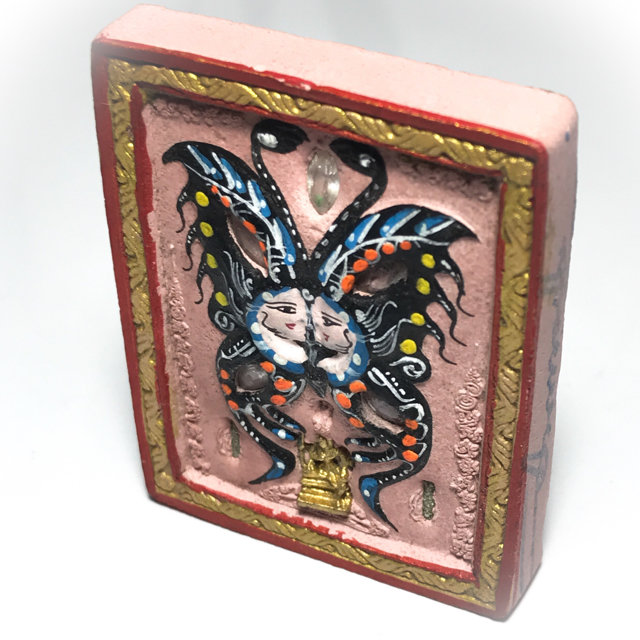 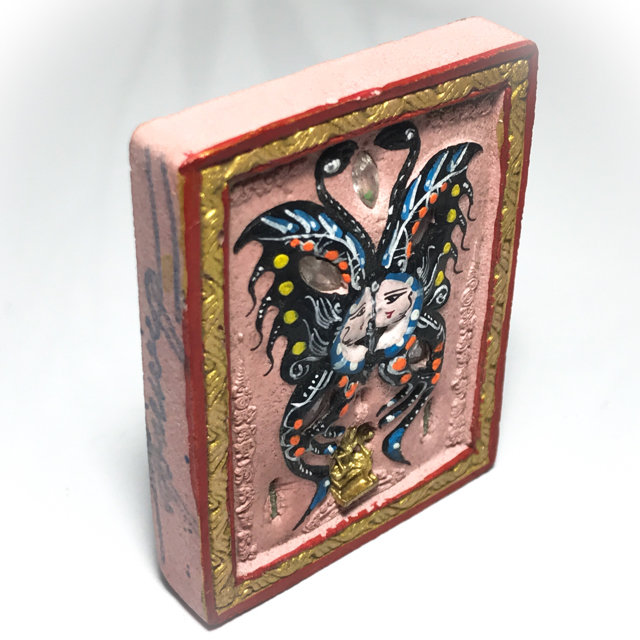 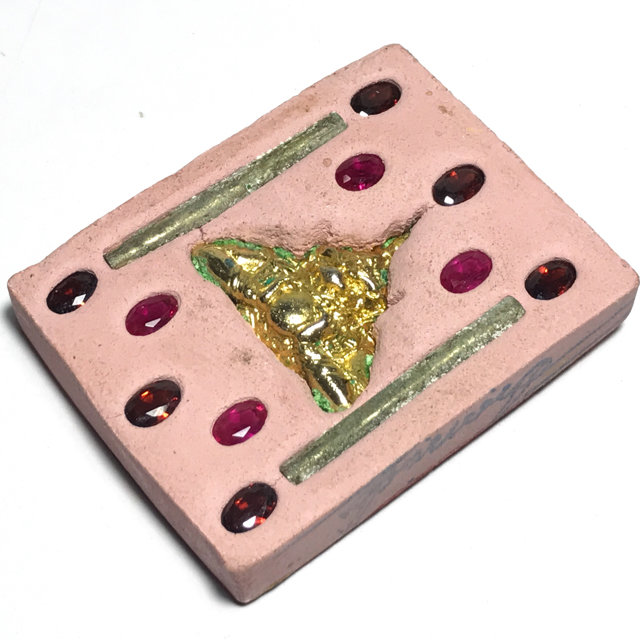 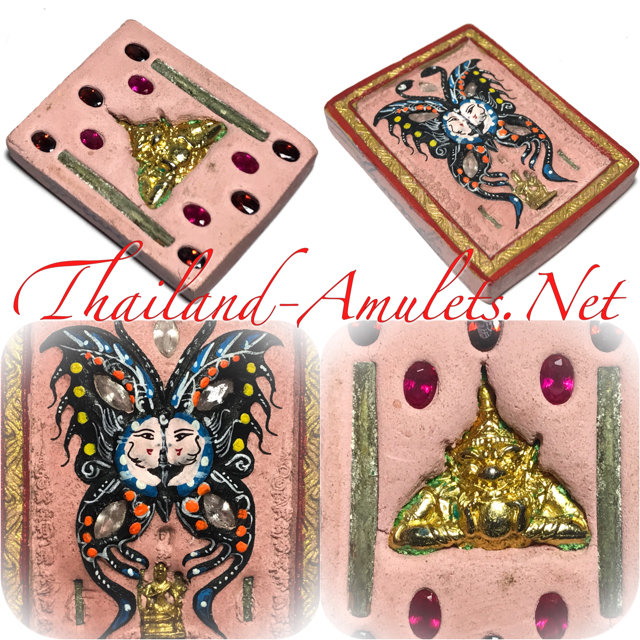