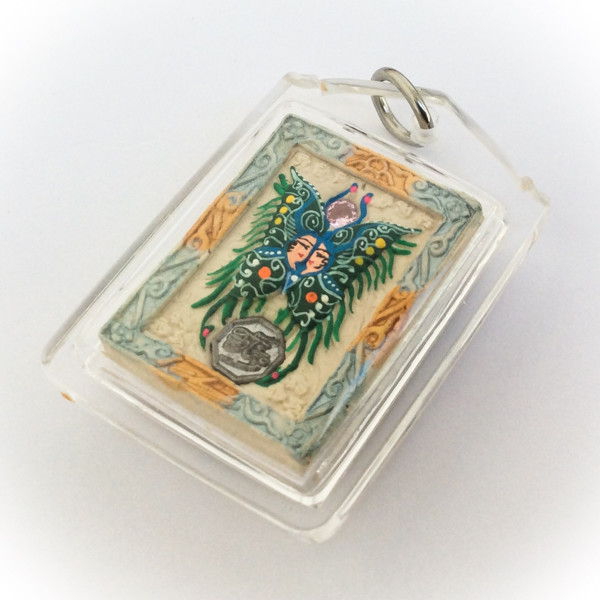 This exquisite sacred powder Maha Sanaeh amulet from Kroo Ba Krissana Intawano, has a Ploi Sek Maha Pokasap gem inserted into the front of the amulet as well as a 'Look Namo' Deva Enchanted metal plug.

A 'Jing Jork' 9 Tails Demoness Enchantress locket with the Invocation of the her and her familiar is inserted into the rear face of the Butterfly King. Intricately hand painted flowers, butterfly and 4 Ploi Sek Gems frame the Enchantress in an homage of beautification. Thus amulet has turned out to be especially popular not only with heterosexuals, but immensely so also with the Gay Community.

This amulet comes with waterproof casing already provided and included in the price.

Because of these exquisitely hand-painted amulets being individual creations, uniquely made, one by one, with a very slight difference to each individual Amulet, it is not possible to say, which particular color combination you will receive. 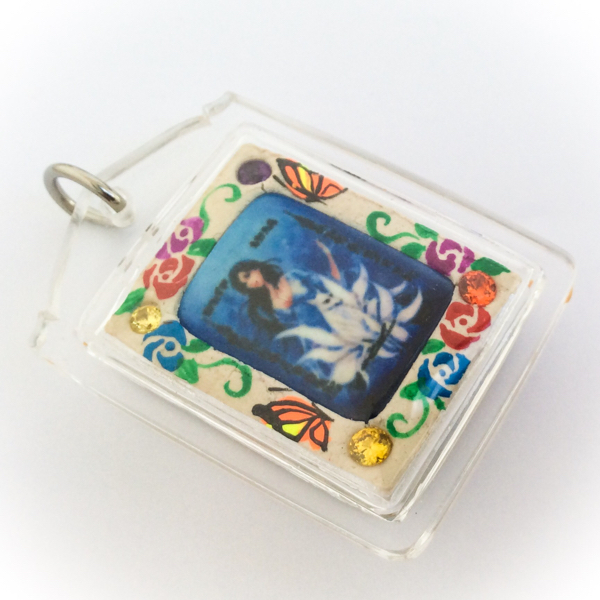 You can see for your self in the above and below images, that each amulet is a unique and individually hand crafted creation, each of which does not stand in the shadow of any other. Although each amulet is different, all of them are equally attractive in aesthetic appearance. 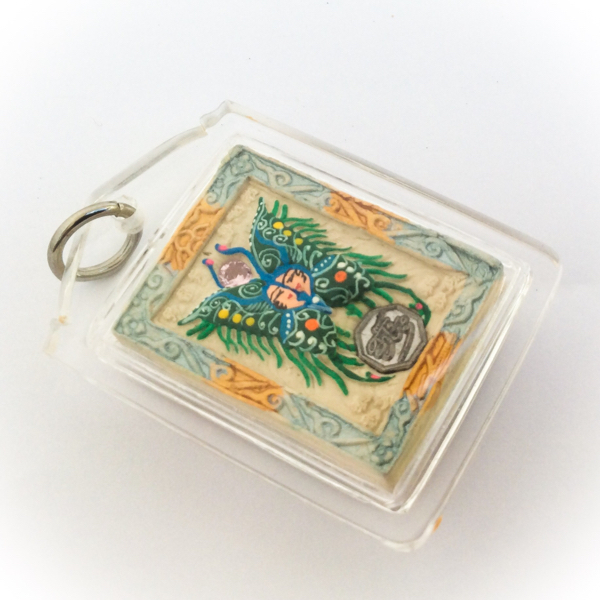 This amulet, is only one of a large array of sacred amulets from Kroo Ba Krissana Intawanno, spearheaded by the world famous King Butterfly Amulet. The full edition consisted of the following; 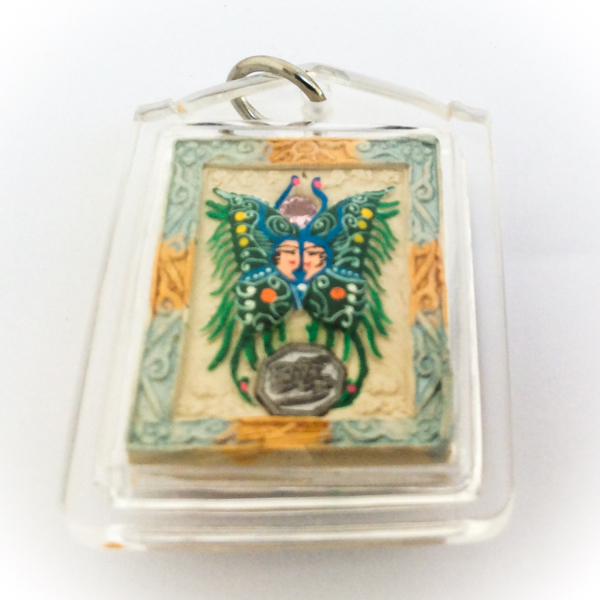 Kroo Ba Krissana Intawano is one of Thailand's most sought after Masters for his beautiful miniature fine art in the form of his amulets, which are both aesthetically pleasing, as well as full of Metta Mahaniyom Maha Pokasap amd Maha Lap Magic.

Use the same methods used for Hun Payont, Nang Prai Devas and other Prai Ghosts, you can find this on the Archive  Page of Kata Chants for Thai Buddhist Amulets.

The Nine Tailed Fox is a Legendary Demoness, known in Indian, Koran, Chinese, Thai and Japanese Spiritual Cosmology, legend and Myths. The nine-tailed fox (Chinese and Japanese: 九尾狐; pinyin: Jiǔwěihú; Korean: 구미호) is a mythological creature species that was depicted in the Nanshan jing, Haiwaidong jing and Dahuangdong jing of Shan Hai Jing as having the voice of a human infant. It can be eaten by humans, and those who eat it can be protected from evil. Later in history books like Book of Zhou and story collections like Extensive Records of the Taiping Era, the nine-tailed fox was depicted as a beast of fortune.

Sent by the heavens, the nine-tailed fox was seen as a sign of fortune, peace and luck. In the Han dynasty, it is the protector of royal blood. The Nine Tailed Fox is able to enter and possess others, and is able to change its shape and form, a Master of Illusion. Its ability to attract the other sex and seduce them into the bed has gained Legendary status in all Cultures where stories of its existence have arisen. 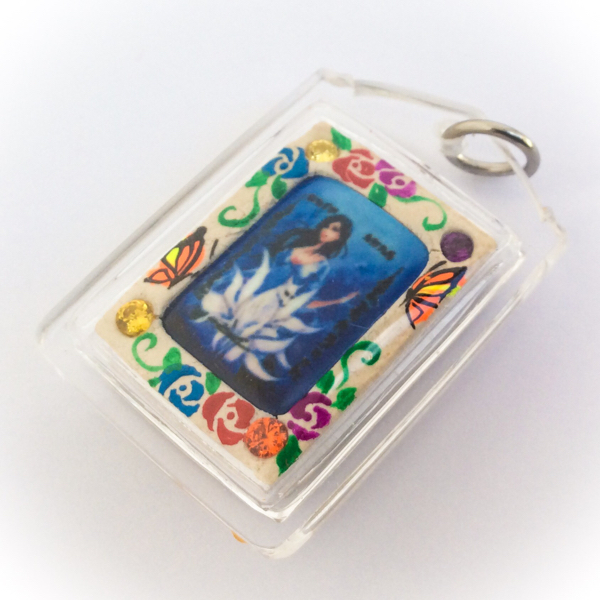 Kroo Ba Krissana Intawano is also an accomplished Sak Yant Master, who is less known for his Sacred tattoos, than for his amulets, which is in truth only so, because of the ultra high profile, and international attention that his amulets have recieved, overshadowing his other accomplishments.

Kroo Ba Krissana's amulets have already been tried and tested, and thus need little explanation, for this ajarn and his amulets have their own following who know about the benefits and beauty of his wadtumongkol (auspicious amulets) and krueang rang (occult magical items). 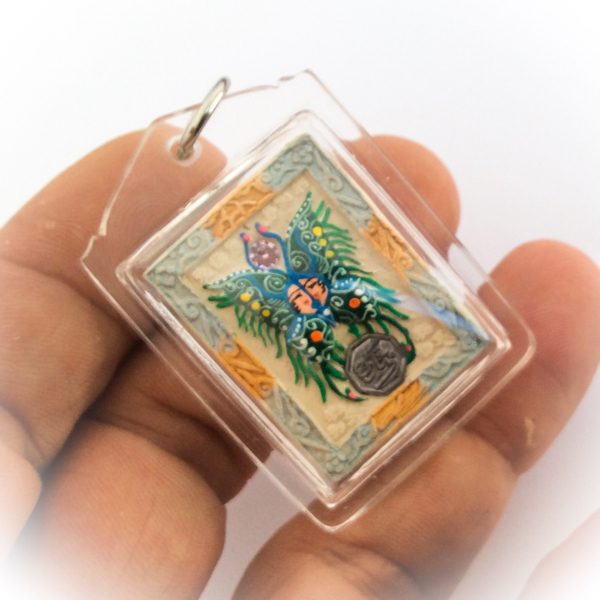 To make and empower amulets, Kroo Ba Krissana uses a very secret and mysterious wicha named 'Montr Teerayaan'. He studied this wicha under his kroo ba ajarn Phu Ruesi Bangbod in Laos. Besides the unique wicha Montr Teerayan, Kroo Ba Krissana studied a number of many other wicha in Cambodia.

It took him about twenty years of intensive study and practice to fully master the teachings of the various great masters he stayed with during his time in Cambodia. Furthermore, what makes Kroo Ba Krissana even more special, is the fact that, along with Kroo Ba Beng, he is the only one of two looksit ever accepted and taught in the many secret wicha of the laymaster Phu Kroo Ruesi Siha Racha. Hence, the wicha of both Kroo Ba Krissana and Kroo Ba Beng is absolutely inimitable, if not impossible to follow or copy by other masters. 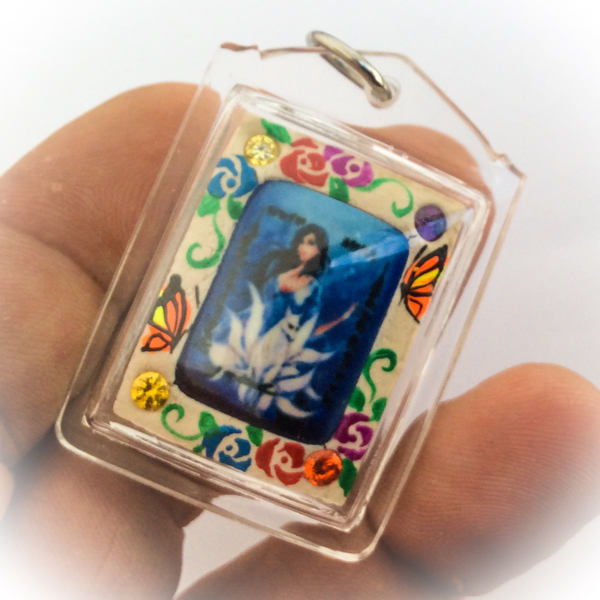