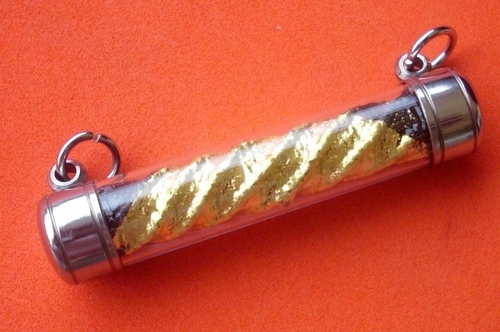 LP Solos made Solitary empowerment on the Sao ha day 23rd April 2554 BE. The word 'Ruud' means to slide. The takrut takes this name because it is meant to be used on a cord around the waist and then slide from front to back, side to side. Each side performs a different Magic.

The Takrut Maha Ruud Noi has been created and empowered using the Wicha from Luang Phu Sukh of Wat pak Klong Makam Tao, perhaps the greatest Magic maker of Thai Guru Monks History in the opinion of many. LP Sukh passed the Wicha down to Luang Phu Ia of Wat  ban Dan, which was in turn passed on to Luang Phu Solos, his Looksit. Luang Phu Solos has made these powerful Takrut to pay respects to his Kroo Ba Ajarn and the Lineage of Magical Tradition.of Luang Phu Sukh. 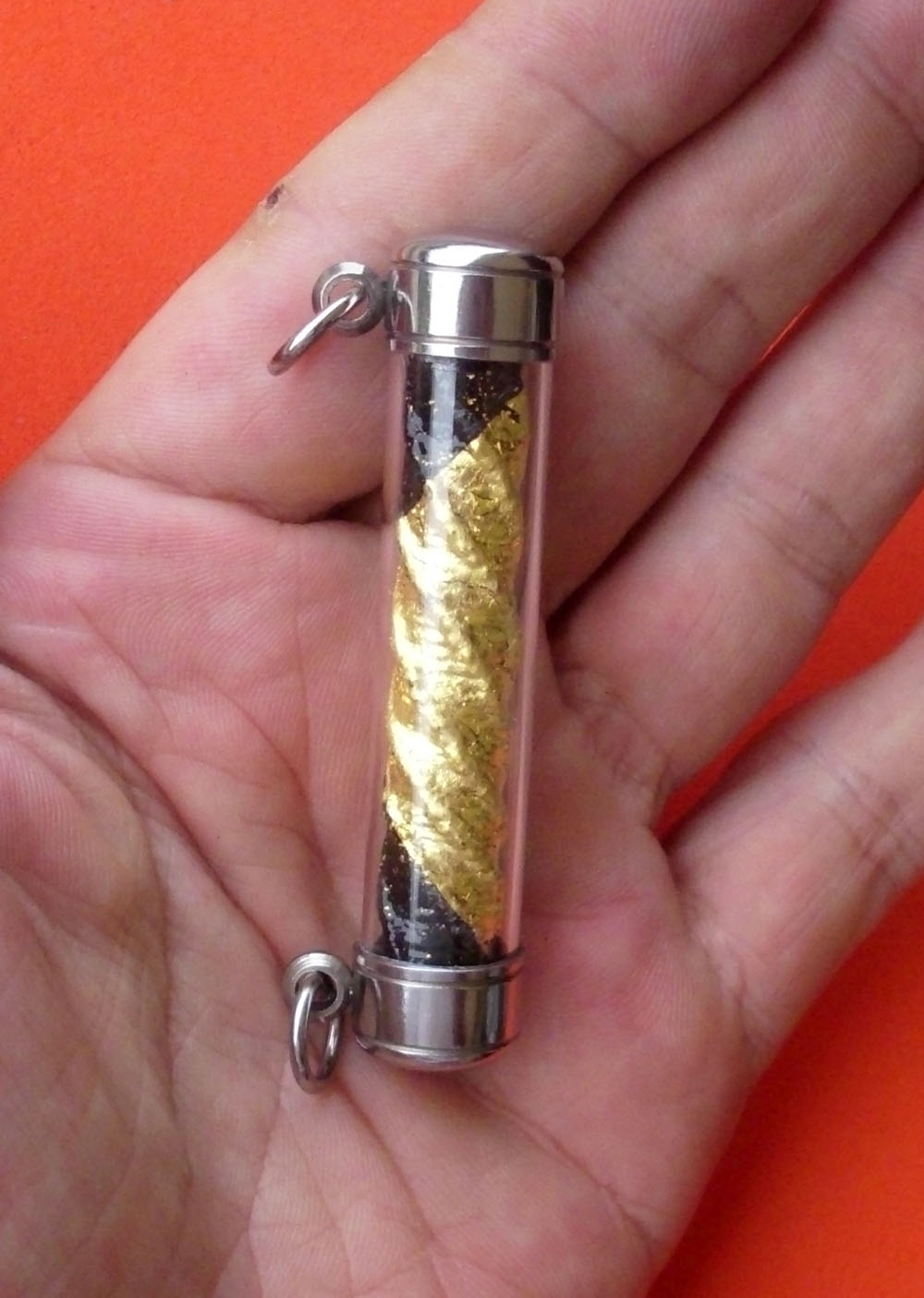 Luang Por Solos made and empowered the Takrut foils themself first and kept empowering them, before he made them into Takruts and re-empowered once more, handing them out to his Looksit who cam to make merits and donations and recieve blessiings. He has been releasing these Takrut sind 2548, performing the sacred inscription of Khom Agkhara himself on each and every Takrut, then binding them with 'Chueak' (cord used for wrapping Takrut), cover with lacquer and paste with gold leaf.

1999 Takruts were made in all, with limited edition code number on each individual amulet

Wear on a cord around your waist feeding the cord through the two rings of the tube which the Takrut is in. You can slide the Takrut to reside on either side, front or back. Chant the Kata Plug (Invocation of the power of the Takrut) as often as possible. The Takrut performs many uses Metta Mahaniyom. The Devas protect and guard over you, safe from danger. Wealth and treasures flow to you and increase greatly. 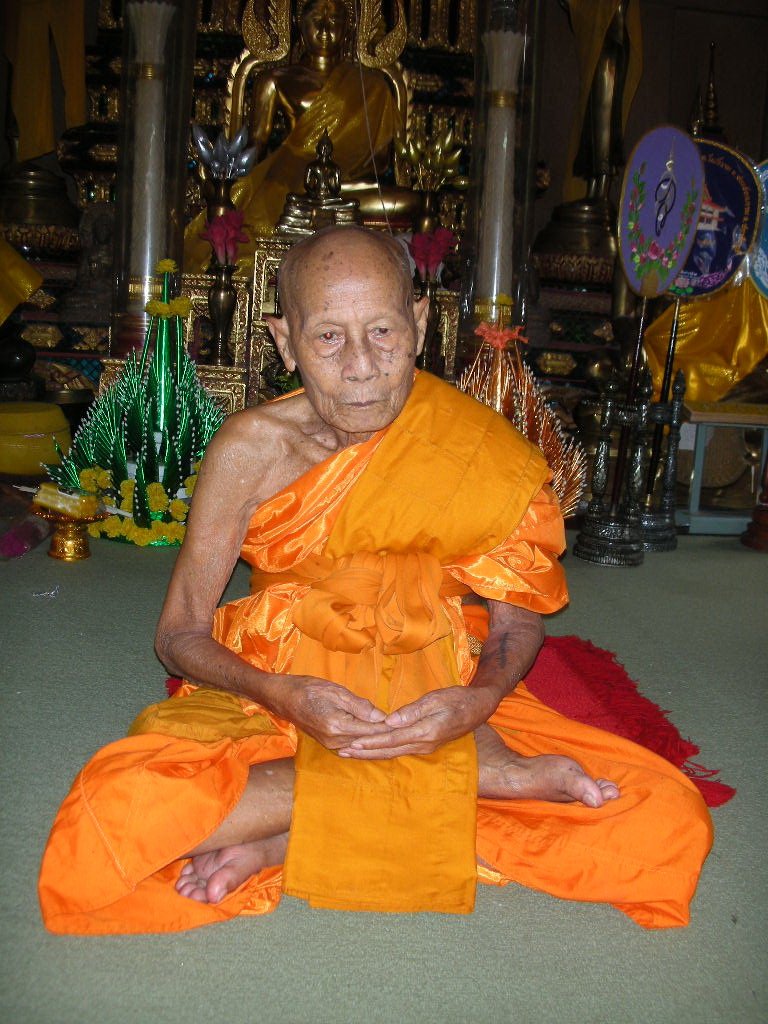 3 times first as is usual before chanting to amulets with their special Kata.