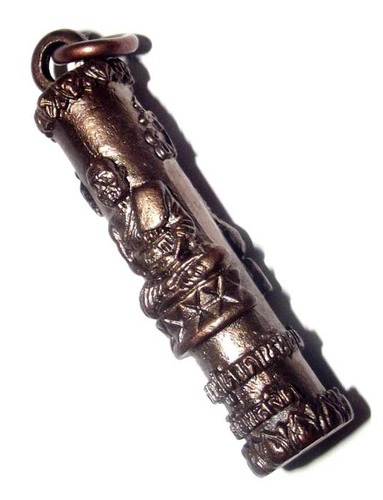 Nine Sacred Alchemical Metals were used to smelt a Sacred Alloy for these Takrut Amulets, which contain Takrut Scroll with the Yant Maha Sethee but also in themself as a casing are amulets empowered with the mental presence and Blessings of the two great Monks invoked and emblazoned on the flanks of the Takrut; Luang Por Tuad, and Por Tan Klai. Released in the gathin '55 Maha Mongkol' edition of amulets to raise funds for restoration of the Uposadha Shrine Room roof at Wat Jan Dee, in Nakorn Sri Tammarach. 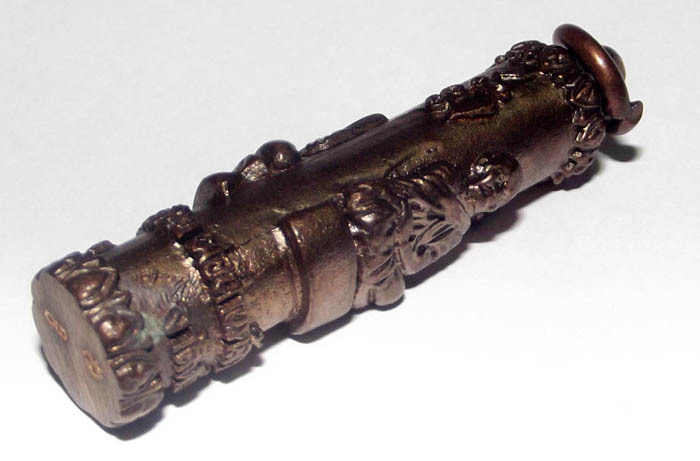 The Takrut use the Yant Maha Setheee Multi-Millionaire yantra Spell along with the Invocation of the Powers and Blessings of Luang Por Tuad and Por Tan Klai. Por Tan Klai's Lineage Magic was transferred into the amulets by Por Tan Khai of Wat Lam Nao temple. 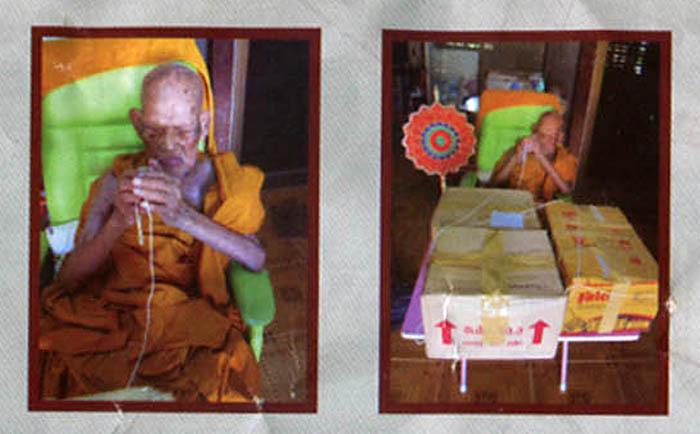 The Presence of Luang Por Tuad was Then Invoked in Puttapisek by the Khao Or Masters, who attended at Wat Jan Dee to perform the blessing within the Uposadha Shrine room in question, which is in much need of repairs. 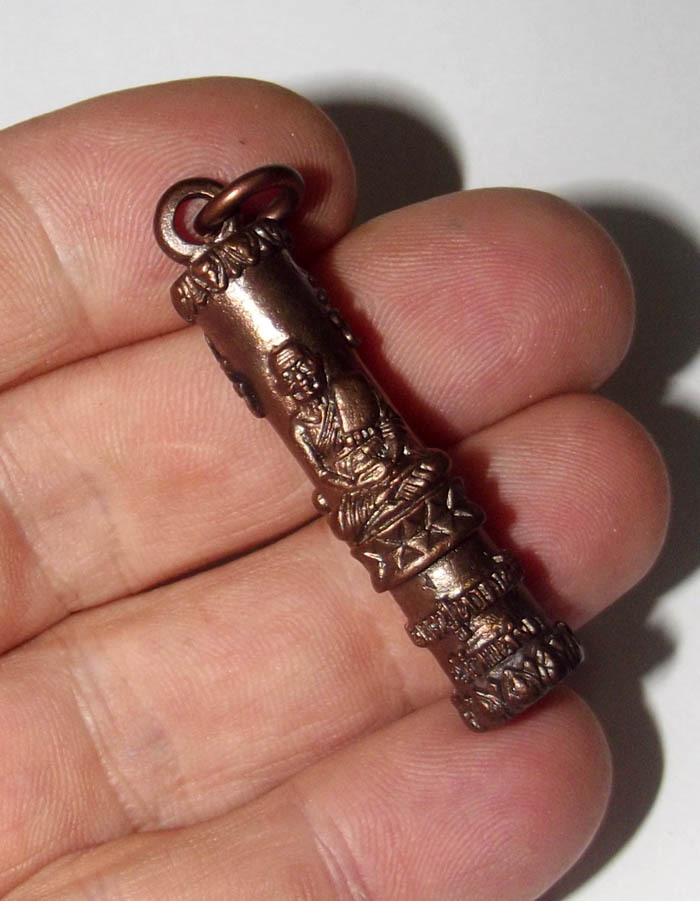 The edition included some Yorn Yuk (Nostalgia Piece) Memorial Mini Bucha Statuettes of LP Tuad and PT Klai, as well as Loi Ongk Amulets, Rian Nang Pan Coins, and these Takrut, which were made in 5 different types of Sacred Metals. 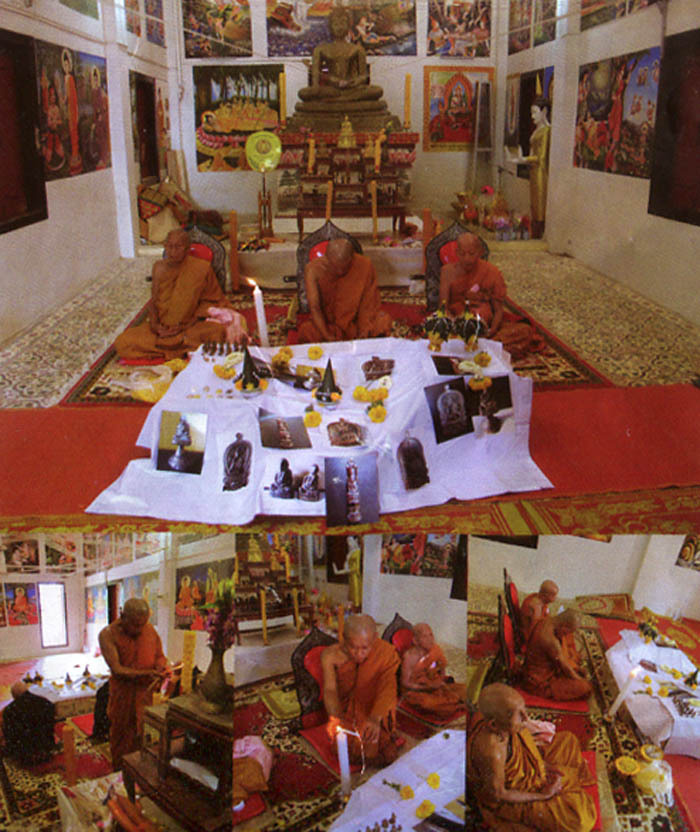 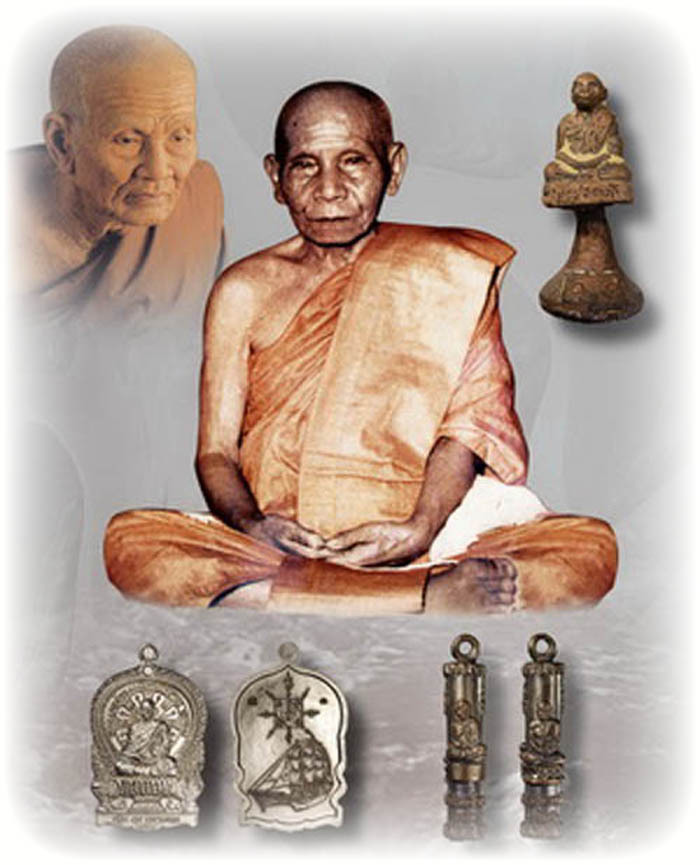 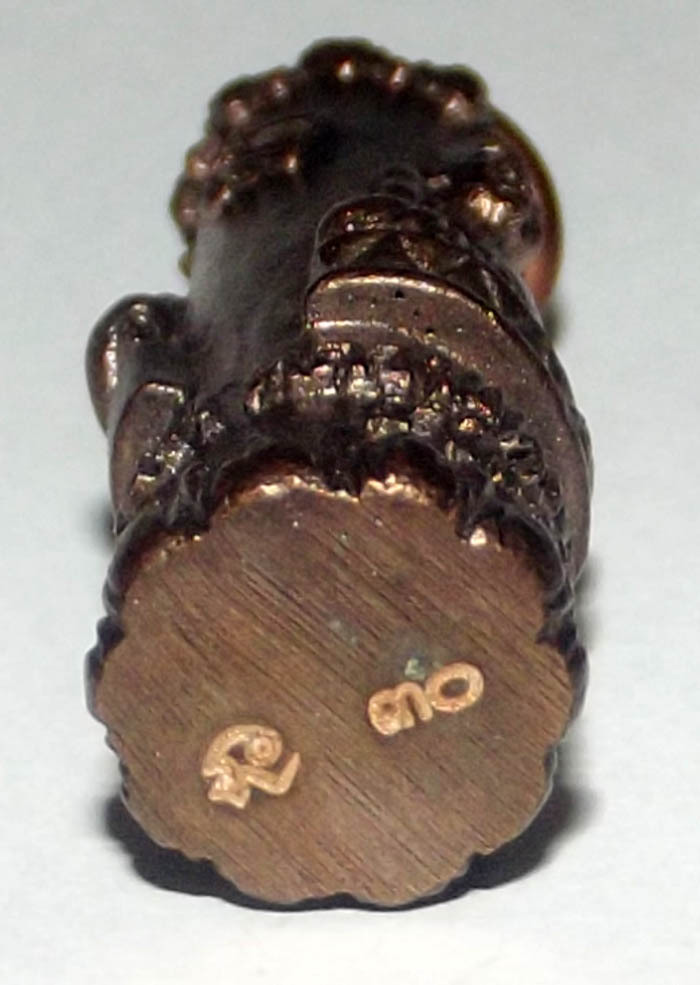 The base of the Takrut has the Sacred Na Code Stamp for Authenticity, and a numbered series code, each Takrut has a different number, and can differ from the number in the picture above. 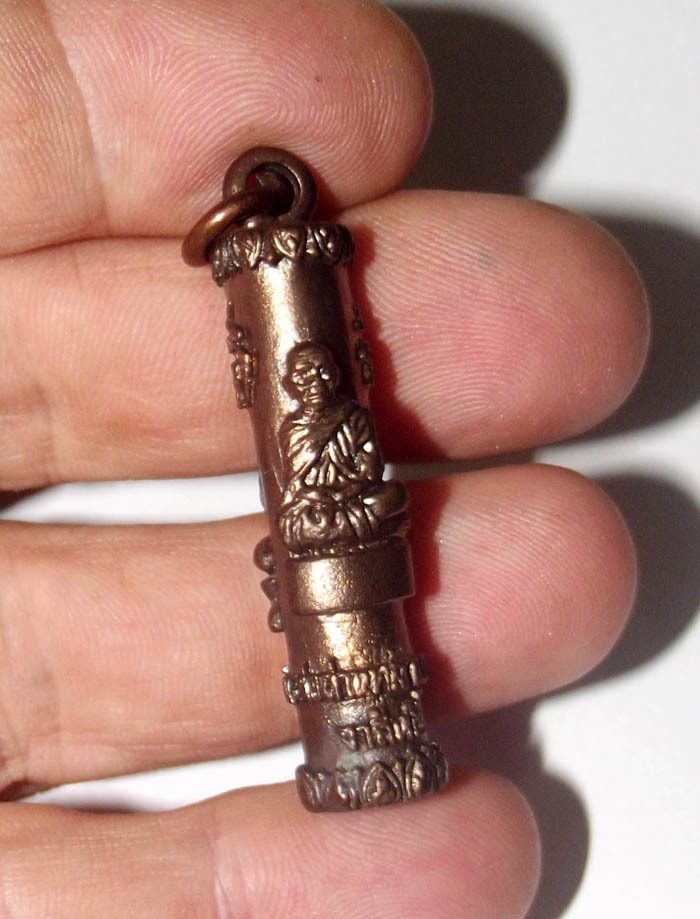 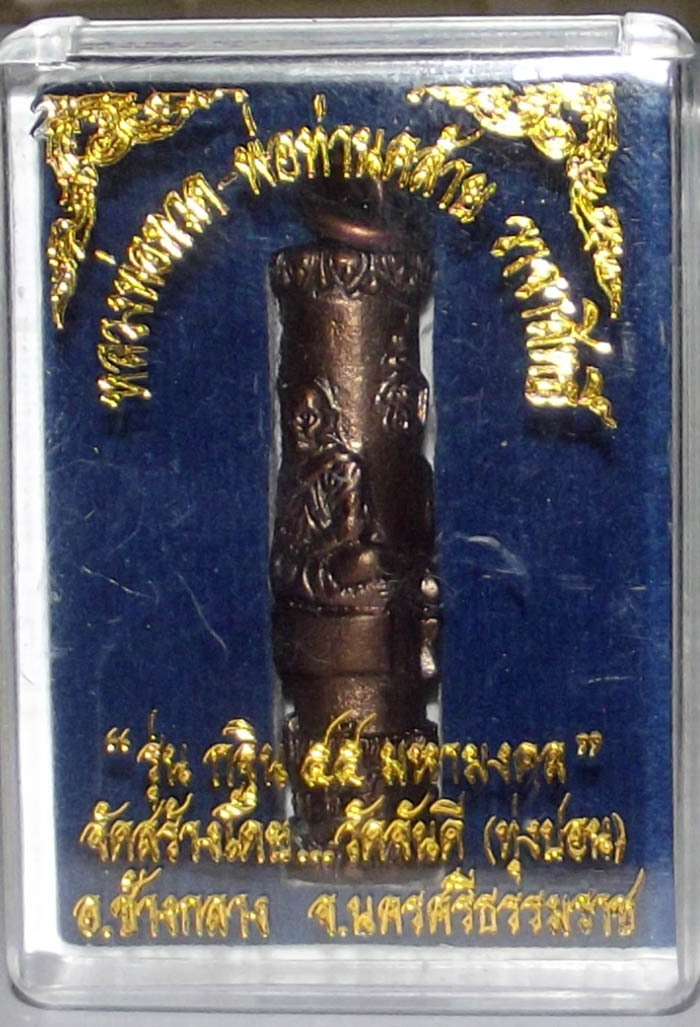 Comes with Original Box from the Temple - can be encased in waterproof Casing if desired, but does not need to be if not wished, for it also has a ring attachment in itself.