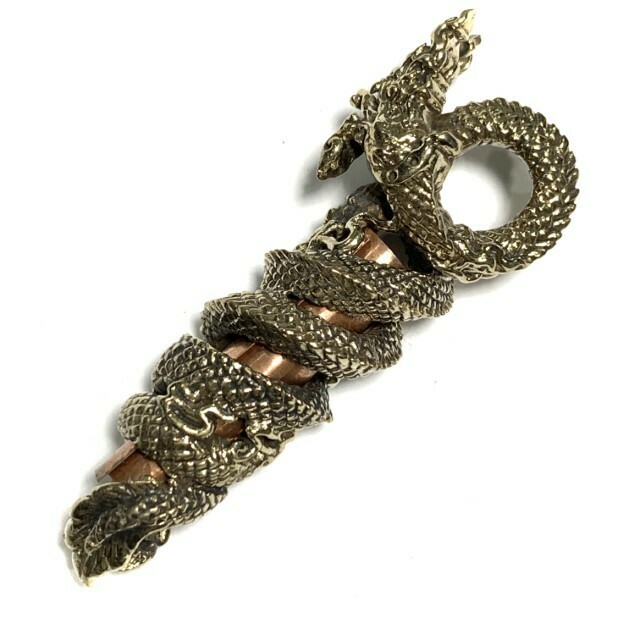 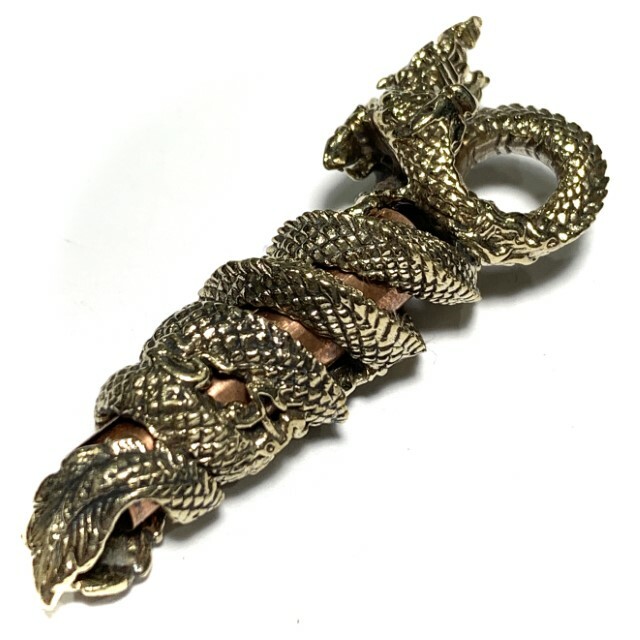 The Takrut foil is made from Nuea Tong Daeng (Copper sacred alloy), and the Naga coiled around it, is made from 'Nuea Albaca' (Sacred Silver and Bronze Metal Alloy). Released in 2553 BE, for the Wai Kroo (Master Day) Ceremony. This amulet is indisputably beautiful with a very high quality of design and crafstmanship, which makes the amulet attractive for both Sacred and Aesthetic reasons. 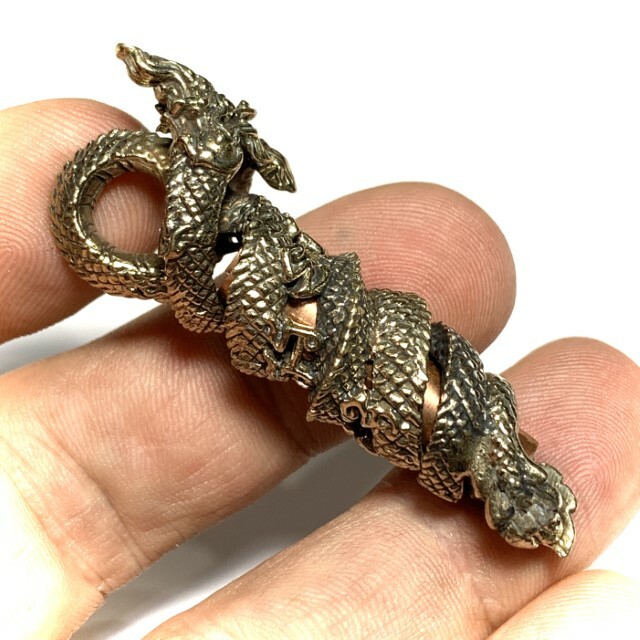 The Buddhist Periodic Artistic Influence in the Design of the Nagas displays a flavour of Laoatian Influence, with the short Flared Crests of the Nagas, suggesting the Lanna Northern Magic at Work. This particular Naga Deity is the Naga whom Luang Phu Naen has seen in visions and who he respects; 'Phu Paya Nak Sri Sutto'.

Phu Paya Nak Sri Sutto, is a very powerful Naga King, with extremely potent Sorcery in his command. He is the Ruler of all the Nagas in the Mekhong River, and has immense treasures hidden under the watery domain of the Naga Underworld. 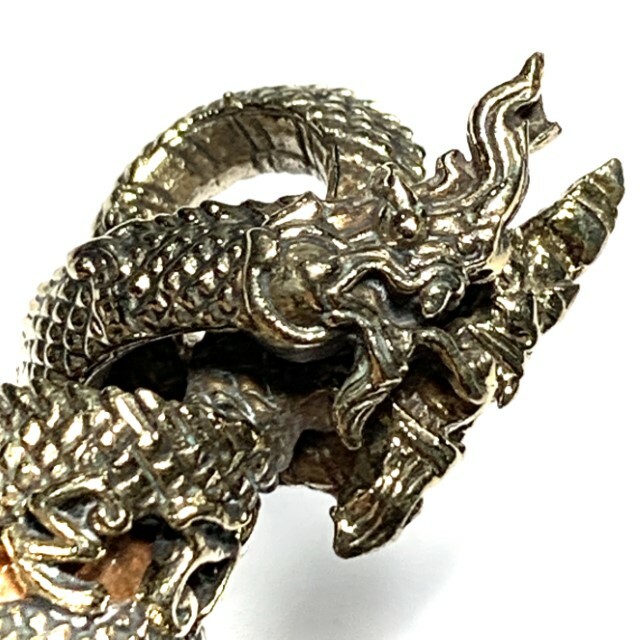 To empower these amulets, LP Naen entered Meditation, and entered the Subtle Body, and travelled to the Underworld, to ask Phu Paya Nak Sri Sutto, wgo gave his blessings to create the Takrut in his image, and said that it should have two Nagas, as his Manifest image. The two Nagas shold be entwined in a coil around the Takrut. One is 'Nakii' and the other is 'Naakaa'.. On the inside of the Takrut Spell, Luang Phu Naen completed the the Inscription and Empowerments through performing the Incantation of the 'Hua Jai Paya Nak Kam Duang' Spell. He used the Wicha from Por Phu Paya Nak Sri Sutto, and in addition, employed Dtecho Kasin (Fire Kasina) empowerment, a Wicha which he has inherited through mediumship from The Ruesi Hermit 'Por Phu Ruesi Dta Fai'. 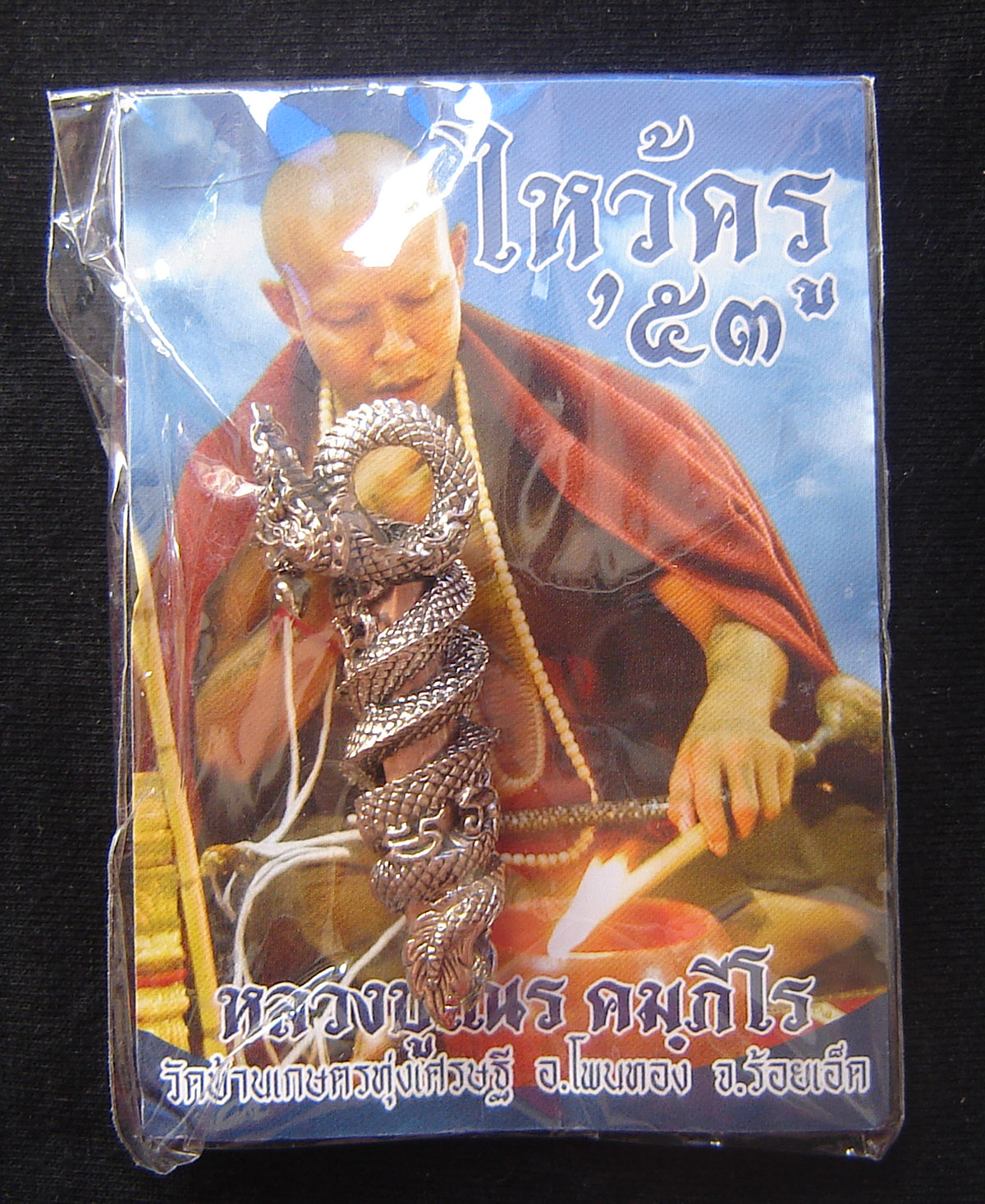 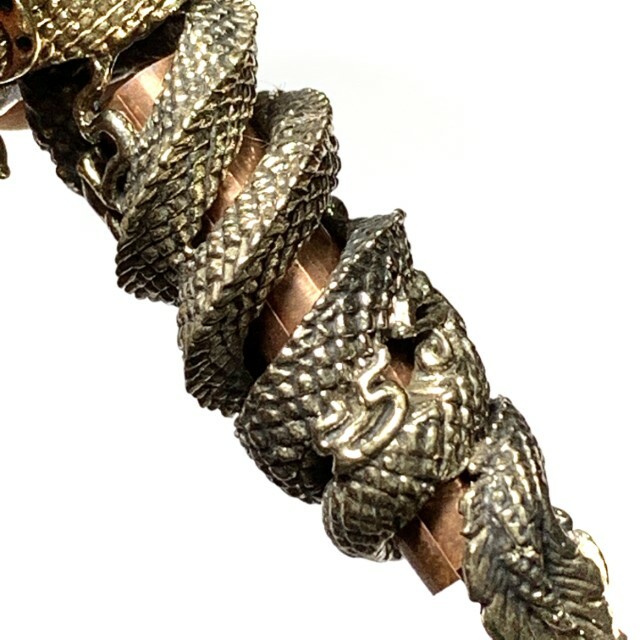 Chant 9 Times and then make your wish. 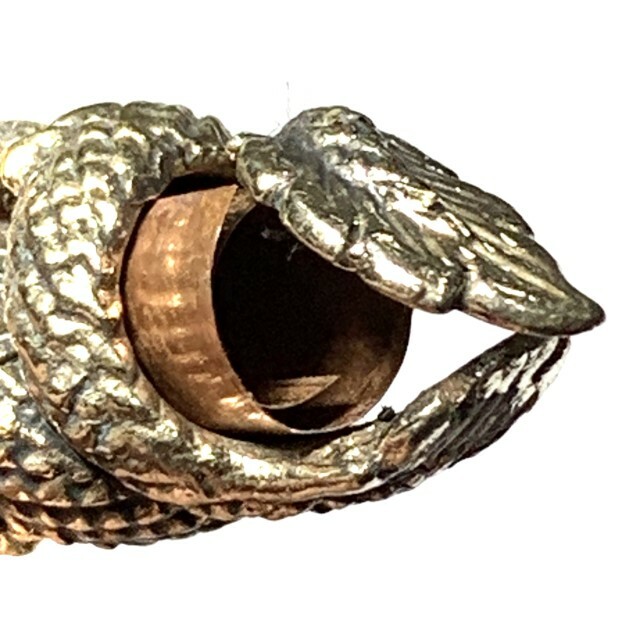 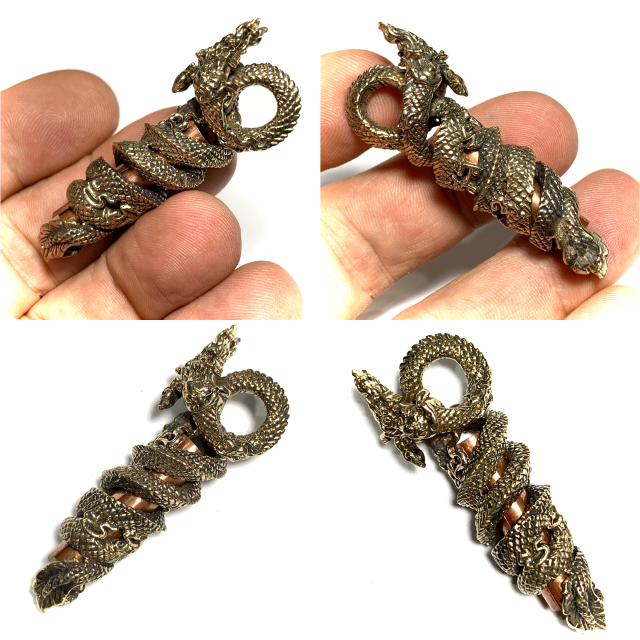 Psalm to the triple Gem

The Naga is a Very powerful Magical Entity and a Deity of the Thai Buddhist Pantheon. the Naga Kings are devotees of the Lord Buddha, and Protectors of the Dhamma. 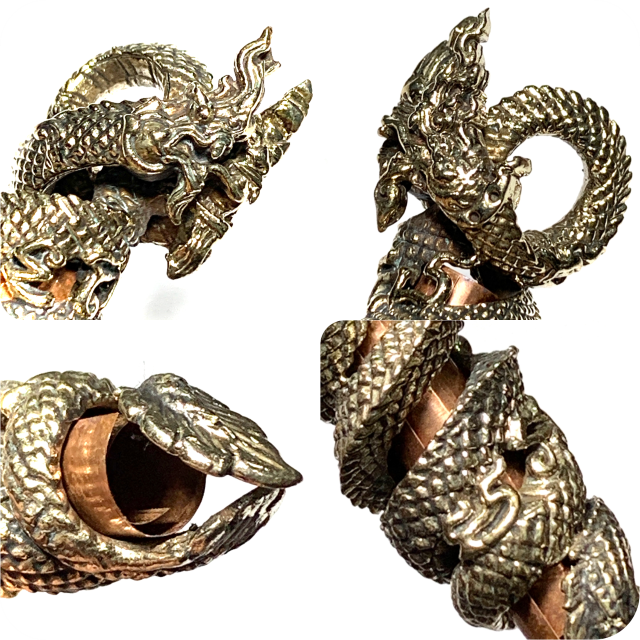