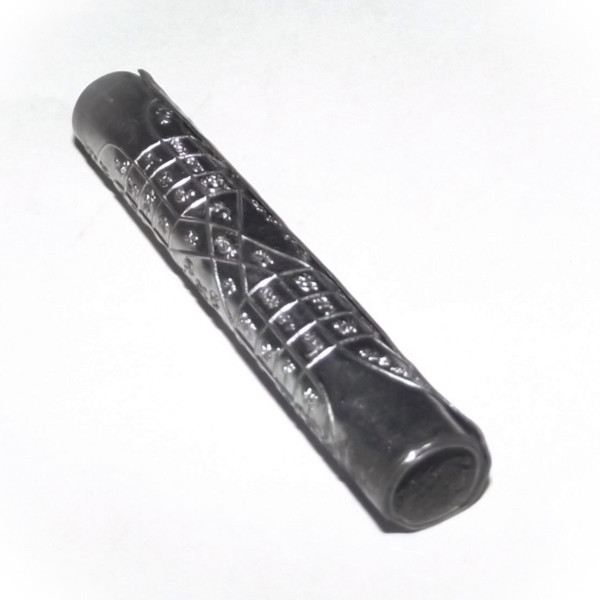 The Takrut Sakot Tap Pairee Paay (takrut Koo Cheewit), by Luang Por Foo, was made in three different colored Sacred Powder filled Sacred Yantra Foil Spells, each of which were filled with varying Sacred Powder fillings, with 3,333 being made in each kind of Sacred Metal, totalling a number of 9,999 Takrut

The Sacred Powders contained a number of extremely revered Muan Sarn ingredients, with each Takrut possessing a majority of one certain ingredient to differentiate the power of influence within the Takrut, to lend slight inclination towards certain specific powers. 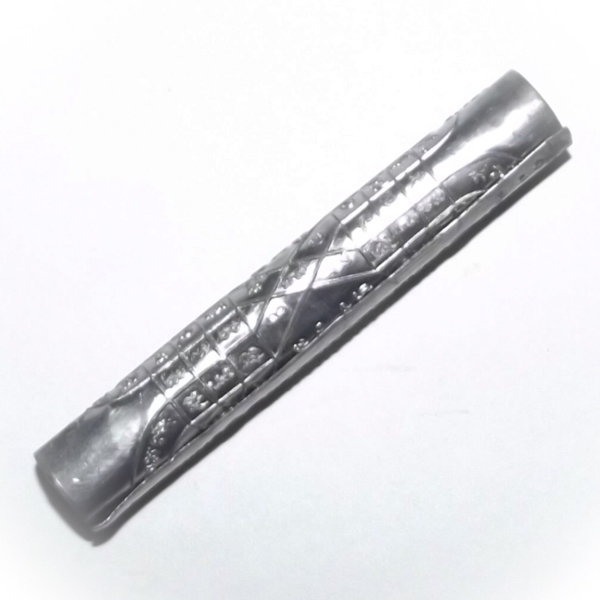 This Takrut is the black powder filled Dood Sap version, and was Given Intensive Solo Empowerment by Luang Por Foo of Wat Bang Samak, to aid in the fund raising for the construction  of the Kanchanapisek Uposada chapel at Wat Wang Hin in Chachoen Sao. The Takrut bears a Maha Yant (great yantra) of the four sided variety invoking  the eight kinds of Noble Enlightened Beings and the Hosts of Enliughtened Buddhas around the Universe in all the Three worlds and the Three Times.

Chant the Maha Namasakara 3 times before chanting the kata Bucha for the Takrut;

You can also use this Takrut to wear on a waist cord as a Takrut Maha Ruud spell;

Wear on a cord around your waist feeding the cord through the two rings of the tube which the Takrut is in. You can slide the Takrut to reside on either side, front or back. Chant the Kata Plug (Invocation of the power of the Takrut) as often as possible. The Takrut performs many uses Metta Mahaniyom. The Devas protect and guard over you, safe from danger. Wealth and treasures flow to you and increase greatly.

After you purchase this Takrut, you can download the Kata Tutorial as an MP4 visual file with the Kata written to practice pronunciation, the Tutorial is spoken by Ajarn Spencer Littlewood.