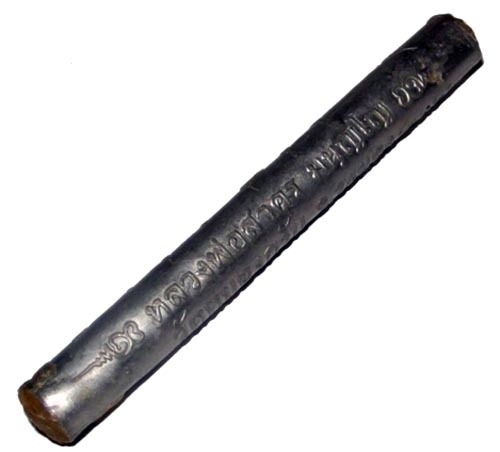 The Takrut See Gler, means 'Four Comrades Takrut'. It is a very old school Wicha that was highly favored by the Masters of Olden Times, as a Klaew Klaad Pong Gan Pai (protect from, and evade all dangers) amulet.

It uses four lines of Kata Incantations, whose syllables form a Magic Square written around a Buddha Yantra on Leaden Foil, which was then filled with Sacred Powders of LP Sakorn, those of his Mentor LP Tim of Wat Laharn Rai, and a mass of sacred Powders of the most rare and sought after varieties from the Great Masters. 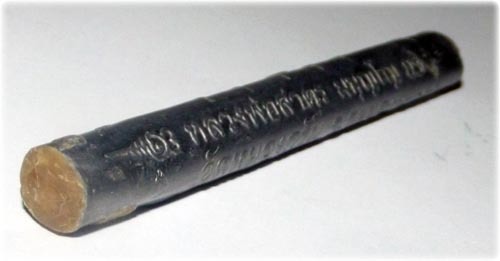 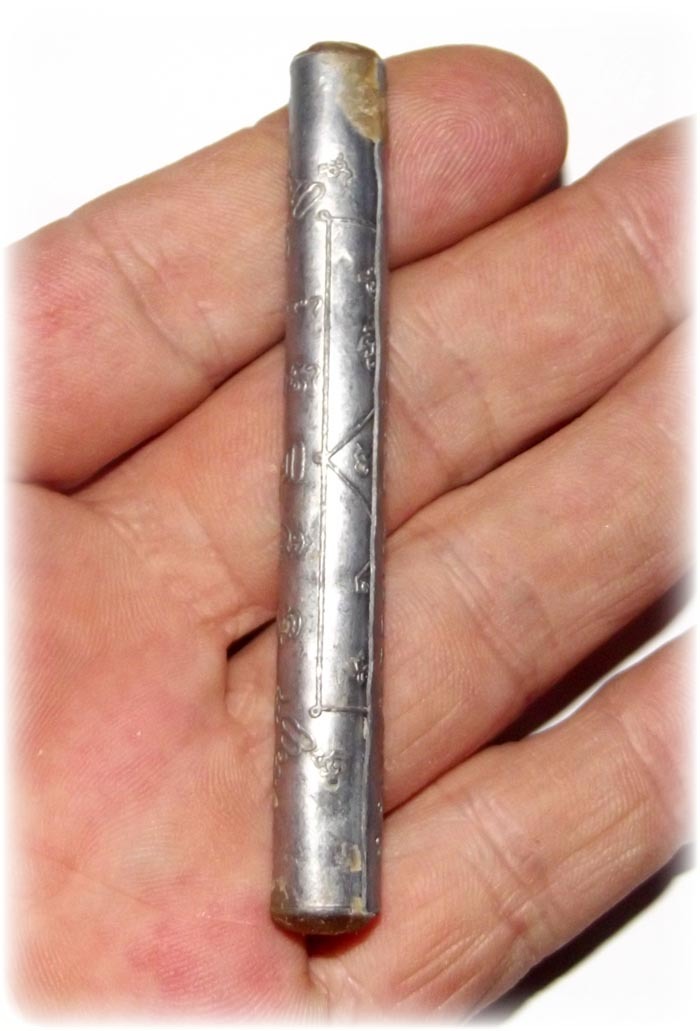 The Takrut is essentially therefore, a similar Wicha to that of the Takrut Maha Ruud (sliding Takrut) for the ability to change the purpose or targeted goal of the Magic by sliding the Takrut around from front to back and side to side around a waist cord. 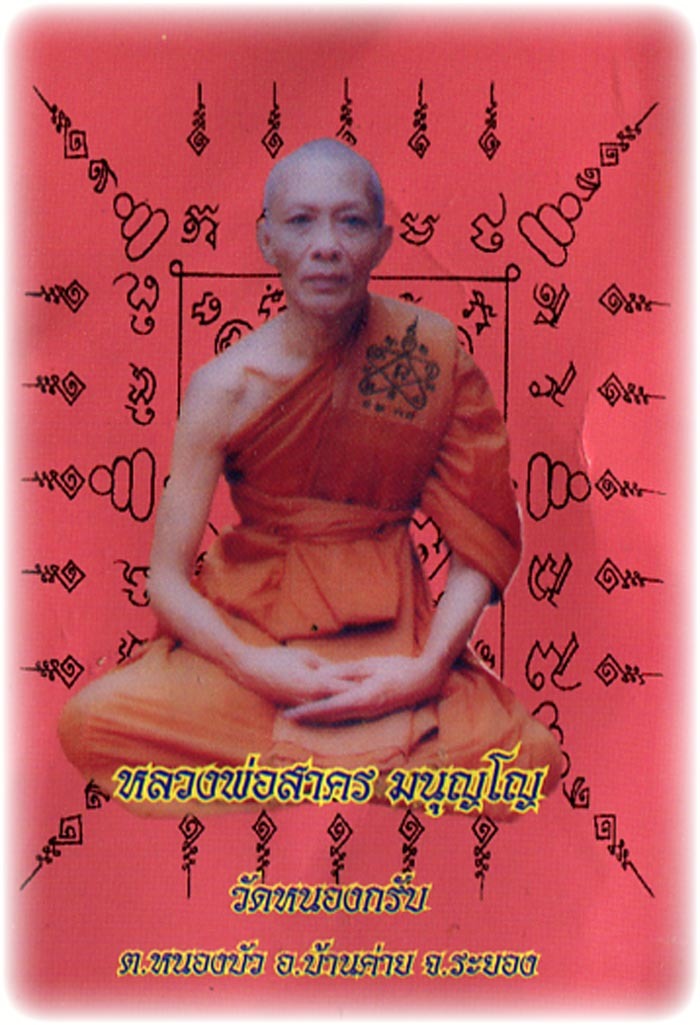 The Takrut should be encased either in cord wrapping,with hoops, or in a stainless steel or acrylic waterproof casing, which have stainless steel rings to attach the Takrut to a waist cord as a Pendant. 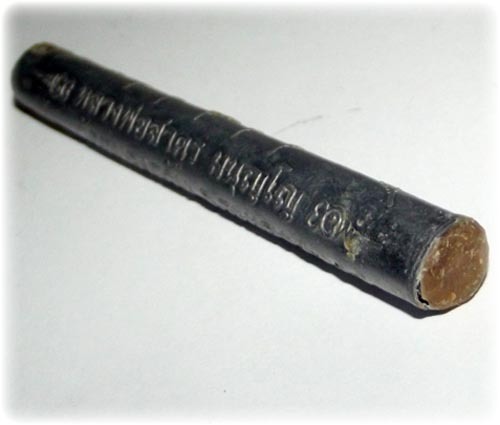 Before wearing each day, chant the Maha Namasakara 3 times and then chant the Kata for the Takrut, holding the takrut between the palms of your hand, raised to your forehead between the brows;

Then chant 3 times, and blow on the Takrut, making your wishes, and wear it according to your chosen purpose.We recommend using the Kata Aaratanaa Pra Krueang as a prelude to asking for wishes to be fufilled.

Released in 2551 BE Traimas Empowerment Ceremony along with the 70 Years Anniversay Edition Series of Amulets, the Takrut measures 7.5 Cm x 0.75 Cm before encasement. The Takrut were made in two materials, solid silver (999 made) and in Sacred leaden Yantra Foil (14,999 made). 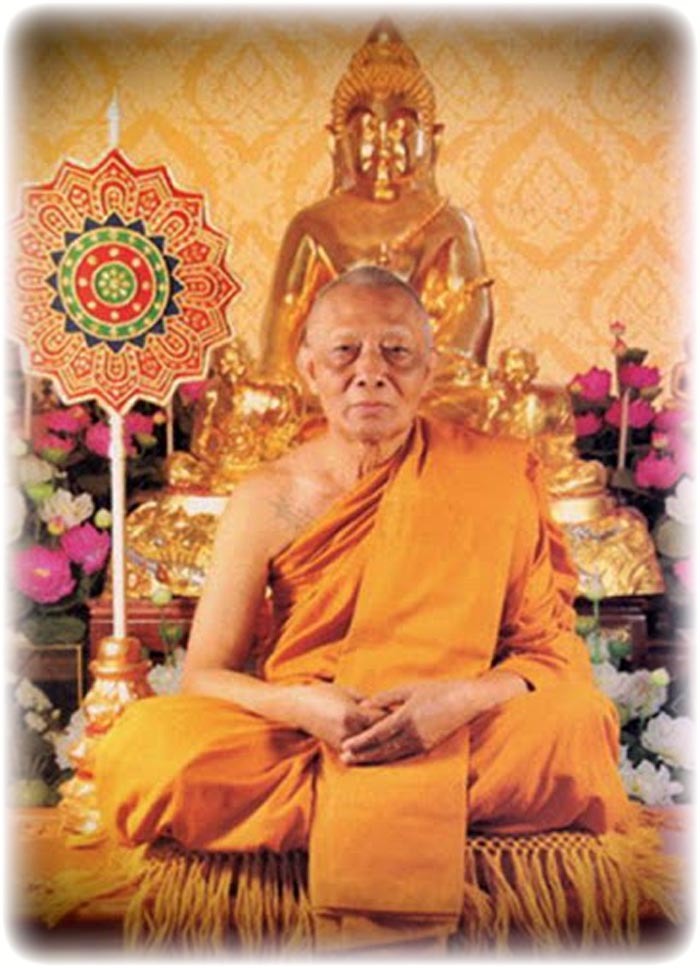 Luang Por Sakorn is the Premier Disciple and Apprentice in Magic to the Great Luang Phu Tim Isarago of Wat Laharn Rai, and of Luang Phu Peng of Wat Laharn Yai. He is the current Wicha Holder, and Most Popular Master for Wicha Pra Khun Phaen Prai Kumarn of the Luang Phu Tim Lineage.