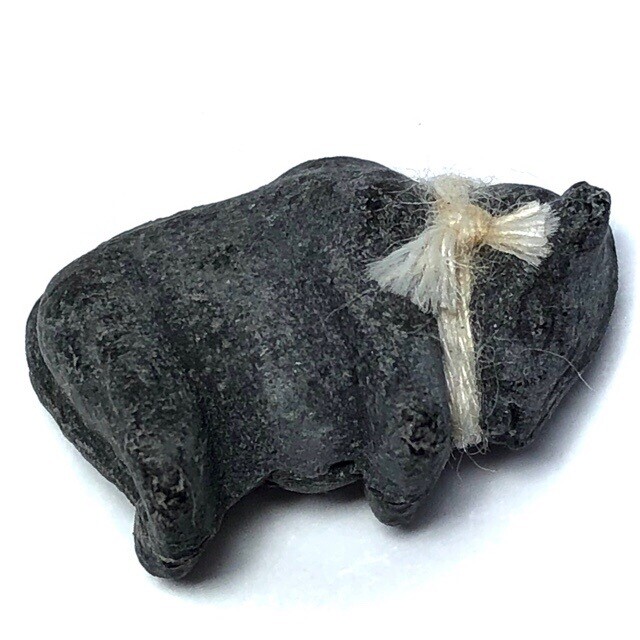 The Wua Tanu Tong is a very famous amulet from Kroo ba Gaew. So famous in fact, that he never makes enough of them to go round each time. Each edition is always snapped up almost immediately, by his many Looksit. This Wua Tanu is made with the same Wicha as Kroo Ba's ultra rare first edition Wua Tanu Tong, but has no gold flakes in it. Comes with no casing to allow the various forms of ritual use common with Wua Tanu. 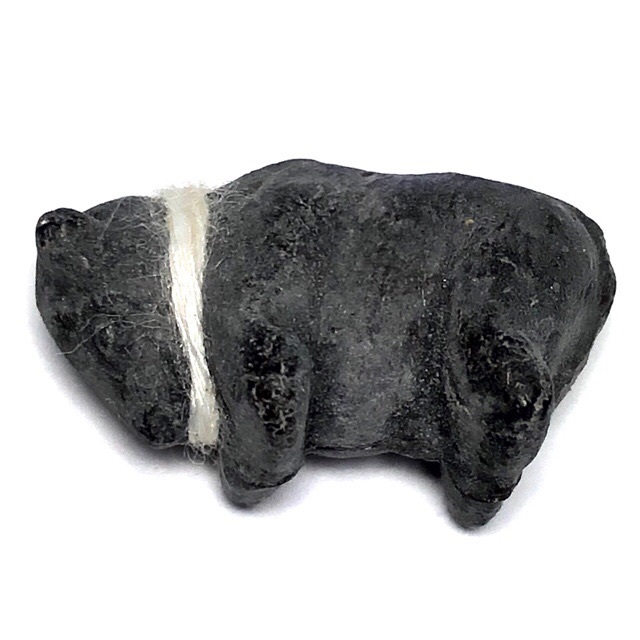 Kroo Ba Gaew learned the Wicha of making Wua Tanu from his Kroo ba Ajarn, and used to make them as he wandered through the deep jungle on Tudong, to protect himself froom all the wild spirits and halflings running amok in the forest. The power of the Wua Tanu became apparent to him from his experiences in the forest, and so he began to make them for his Looksit to carry with them for protection and fortune. 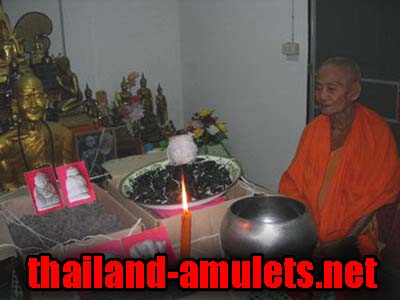 Luang Phu made the effigies by hand personally each one, by mixing magical earths and powders and then molding it into the shape of the wua tanu, and calling the mind of the Deity to inhabit the effigy. He then baked them to make them hard and durable. 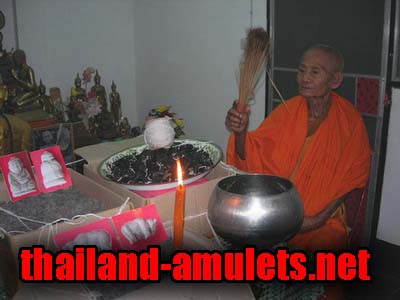 He then began the incantation of the spells to animate and empower the Wua Tanu. He chanted and meditated until the Wua Tanu appeared as a Nimitta and began to stomp around the Kuti hut he was meditating in. 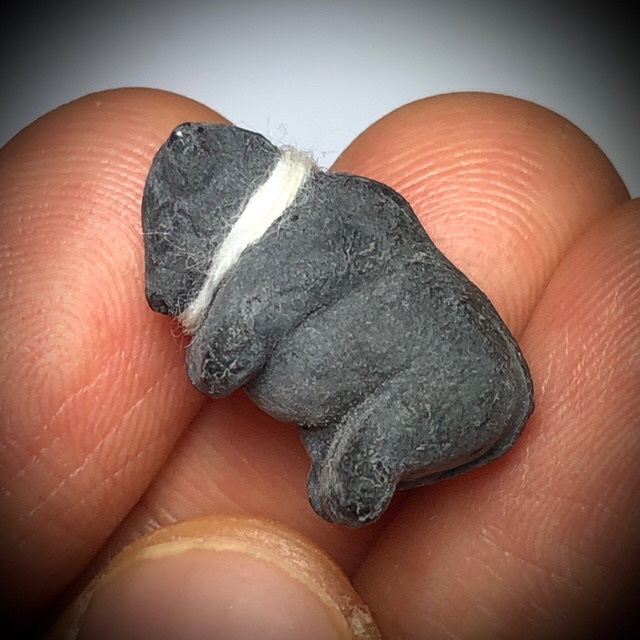 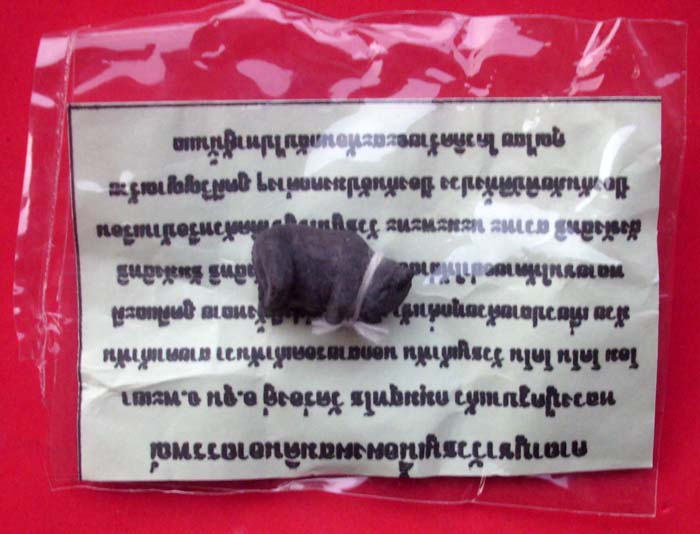 Kroo Ba Gaew's close Looksit all know well that his Wua Tanu Talismans are not only good for preventing Black Magic and protecting from all evil powers, but that this Wua Tanu Tong is in fact also a little gold miner - it has immense Choke Lap power and ability to boost business sales, and can even be used as a wishmaker amulet, to ask for certain wishes to be fulfilled.

How to use Wua Tanu

You can use Wua Tanu to watch over your house,or mark a safe area around the house, or any place where there is strong Magic. To do this, you need four Wua Tanu, and a bowl of pure water in a Khan Nam Montr vessel.

Then take the Wua Tanu and place them in the Khan Nam Montr (prayer water bowl). Then focus your mind into meditation, and think of the Buddha Dhamma and Sangha, the Deities and Kroo Ba Ajarn, and Ajarn Somrach, and empower the prayer water by chanting the Kata into it and projecting your thoughts into the water as you blow three times into the bowl.

Take the four Wua Tanu, and bury them in the Earth in the four Cardinal directions. If it is a house, that has no earth to be able to dig, then the Wua Tanu should be placed in the four outer corners of the house,and the prayer water should be sprinkled around the area to be protected.

If you have a Kuman Tong or other forms of Phuudt or Prai which you make Bucha offerings to in the house, then you must tell the Wua Tanu by stating who is allowed to enter and leave the protected area and who not. It is a good idea to also state that any ghosts or beings that are benevolent and will bring help or auspicious blessings should be allowed to enter. 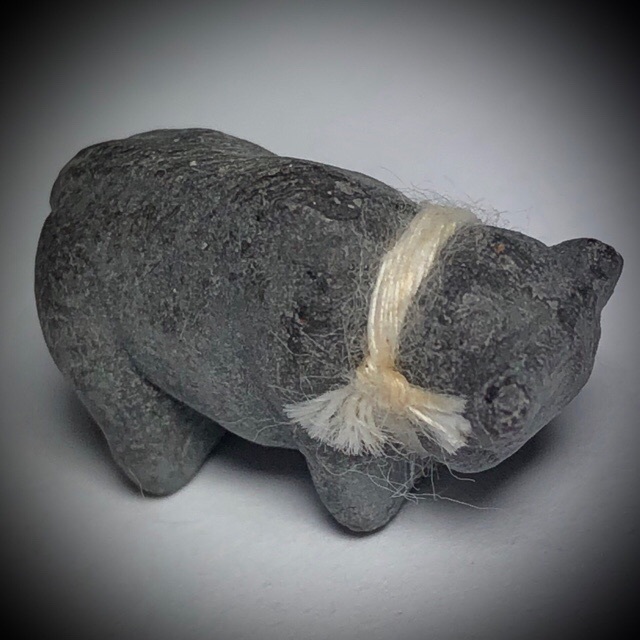 If you want to make Nam Montr to remove the power of magic from a person place or object, or to banish demons and spirits, or exorcise a person who is possessed, then you must make the Nam Montr in the same way as previously explained. But this time you need to use only one Wua Tanu. Then hold the Wua Tanu in your hands and enter Samadhi meditation, focusing as strongly as possible on the Merits of the Buddha.

Chant Na Mo Dtassa Pakawadto Arahadto Sammaa Samputtassa 3 times, and ask for the Power and grace of the Triple Gem the Angels and Deities and Brahmas, Kroo Ba Ajarn (your teachers), and the power of the Mythic Wua Tanu to make the prayer water powerful and endowed with the ability to remove all forms of black magic and evil influence (you can specify particular purposes if you wish to be more detailed in the function of the Nam Montr).

Once you have chanted the Kata of empowerment, you should breathe deeply inwards and blow three times on the Wua Tanu, and lower it into the Khan Nam Montr until it is submerged under the surface of the prayer water.

Then you can use the water for drinking, cleaning yourself and the like to remove any magic spells or unlucky influences. You can wear or carry the Wua Tanu with you, or put it in your vehicle as a protection from accidents of all kinds. If there are ever any visitations or experiences with contacting dark entities, all you need to do is dedicate some of the fruits of your merits to them, and think of Wua Tanu, and they will disappear. 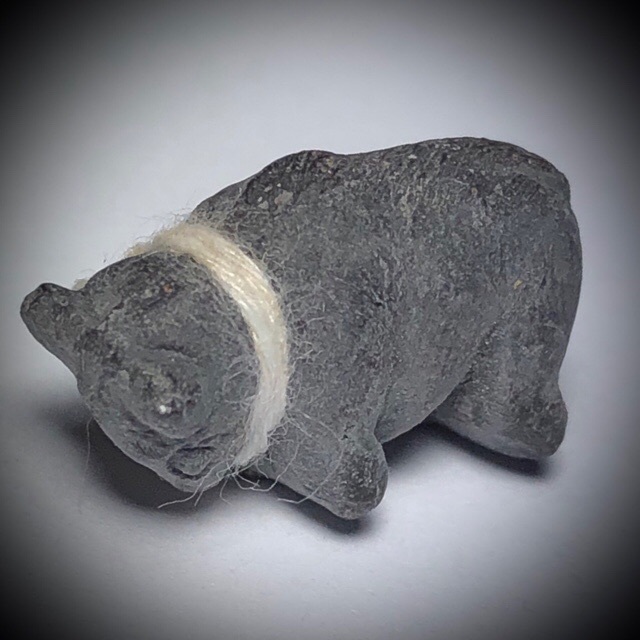 Then Chant the Hnun Taat See (Invocation of the four elements) 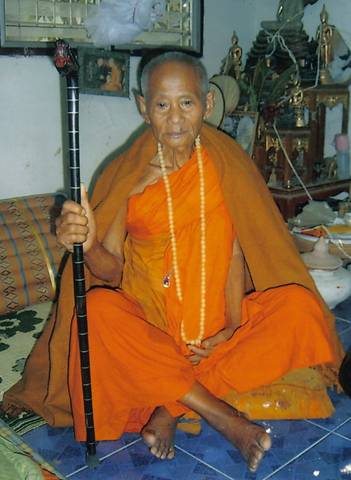 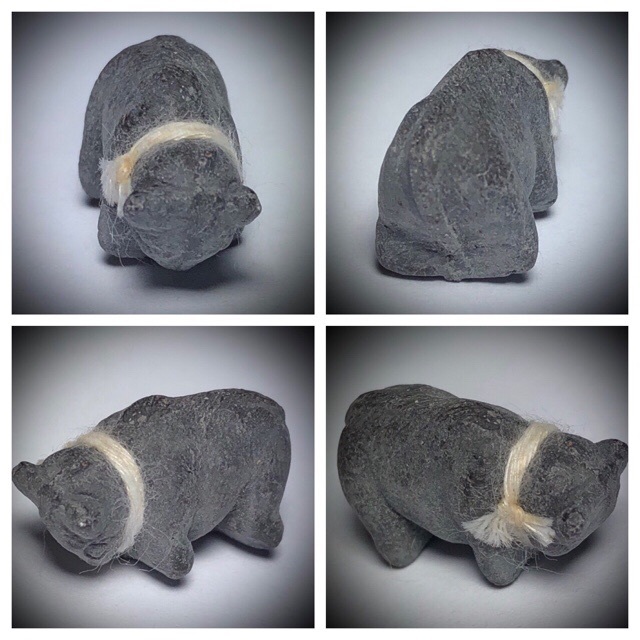