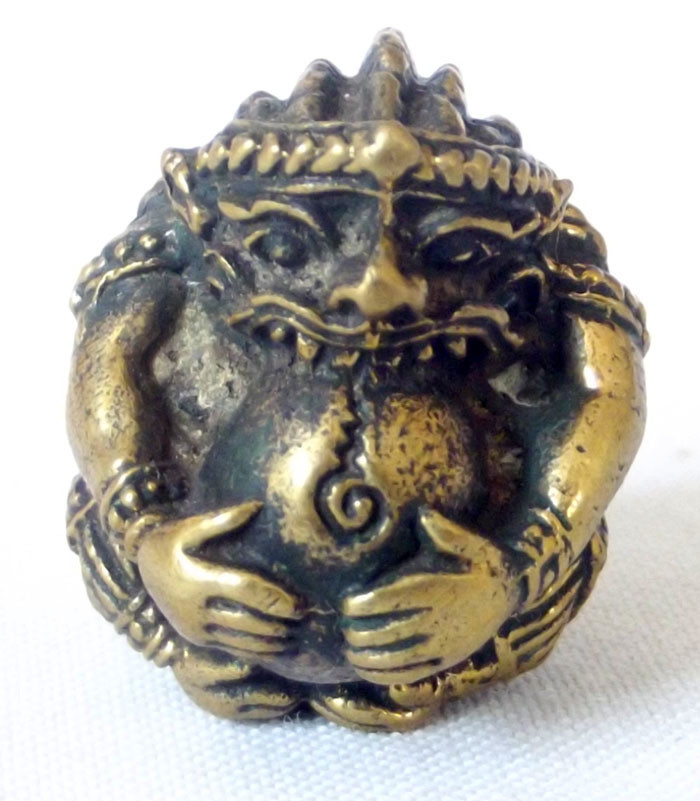 This look om amulet is made from sacred metal pressed in the shape of a ball which features the image of Hanuman, the monkey god who symbolizes loyalty, honesty, honour, strength, invincibility, and agility. The amulet is made and blessed by Luang Por Poon of Wat Pai Lom, whose amulets are of an extremely high quality, both in the sense of its magic power as well as its artistic design. Besides being a sacred item of worship, the Hanuman Look Om is a classic example of Buddhist Miniature fine art. 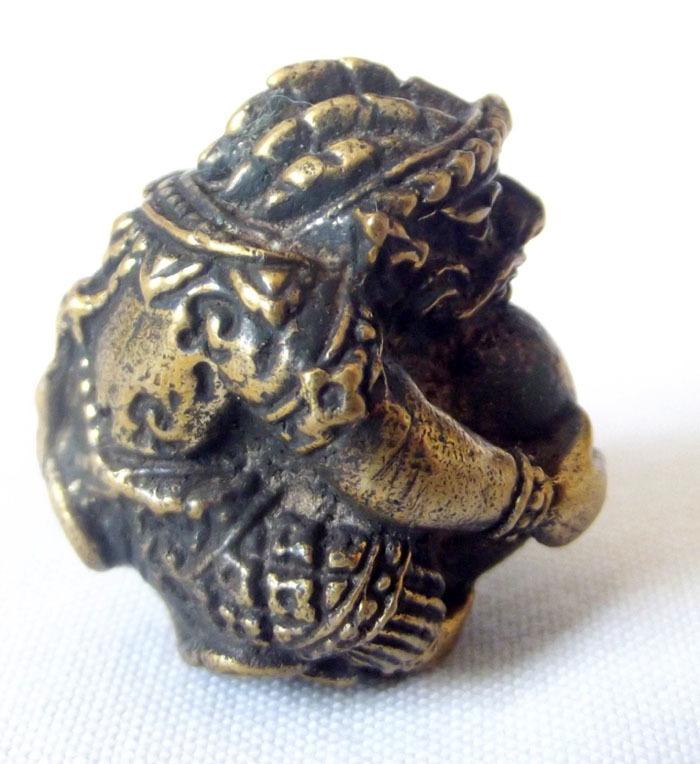 The look om amulet represents the image of Hanuman in the 'krong muang' posture as described in the Thai Ramakian epic. This particular scene is depicted on the temple murals of Wat Pra Khaew. Here Hanuman enlarges his body and volunteers to guard his Lord Rama from Maiyarap by keeping Rama's pavilion in his mouth. However, Maiyarap succeeds in putting everyone to sleep. 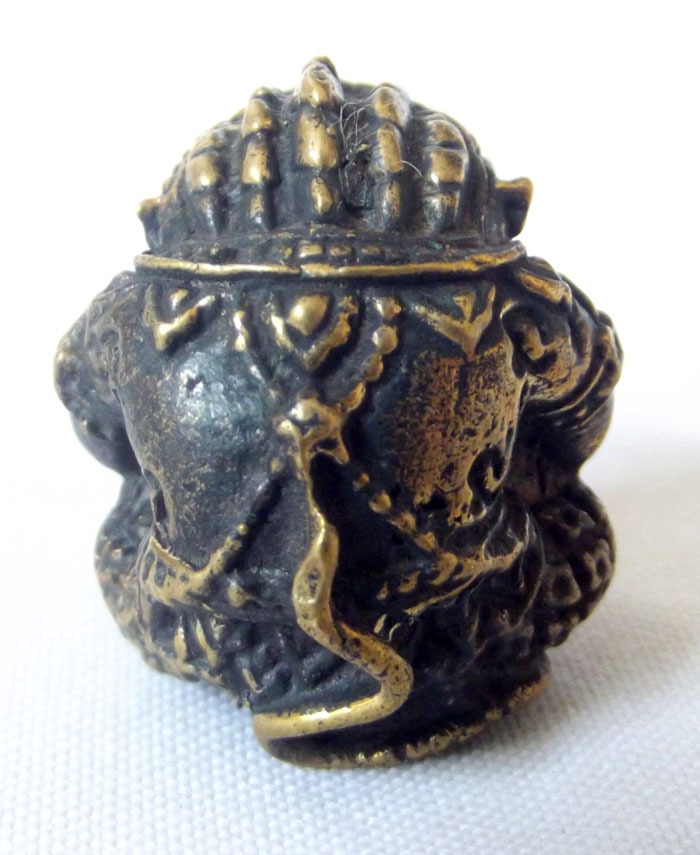 On a given night, Pra Ram had a bad dream which Piphek interpreted as Pra Rahu who would cast bad luck upon them. They considered Pra Ram's dream as a warning for the potential danger that was waiting for them during the night. The next morning the danger would have subsided. Hanuman thus decided to stay awake during the night to watch over Pra Ram's army. And so, Hanuman enlarged his body to let it become as large as a mountain. He used his massive tail as a protection wall around the camp. Next, he placed the entire army in his mouth, and asked Phiphek and Pra laks to guard Pra Ram, while Sukreep was instructed to be the gatekeeper. 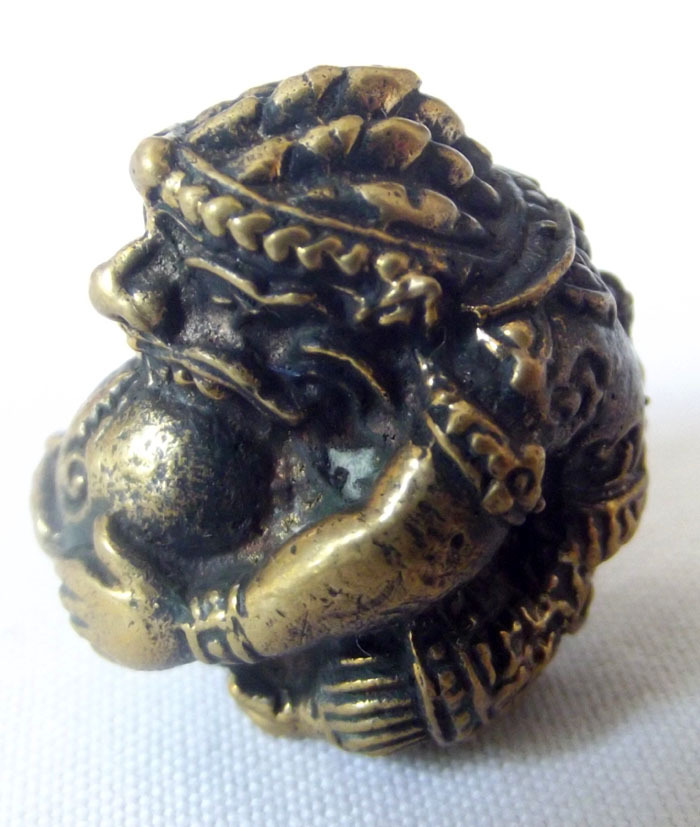 Meanwhile Totsagan had instructed Maiyarap to kidnap Pra Ram, but he could nowhere be found. Hence, Maiyarap transformed his body into the shape of a monkey to blend among the monkey army. After a while Maiyarap realized what was going on, and that Hanuman had kept the Pra Ram and his army in his mouth to protect them from the danger they had foreseen. Maiyarap then quickly went to the top of a nearby mountain. There he created a bright light, which fooled the monkeys thinking it was the rising of the morning star. The monkeys thus thought the morning had arrived, so they let their guards down, and prepared themselves to go to rest. Maiyarap's plan worked. He then cast a spell that put them all to sleep. Thus, Maiyarap was able to enter Hanuman's mouth and to kidnap Pra Ram. He took Pra Ram with him to the netherworld, but he wouldn't stay there for long, because eventually Hanuman came to rescue him. 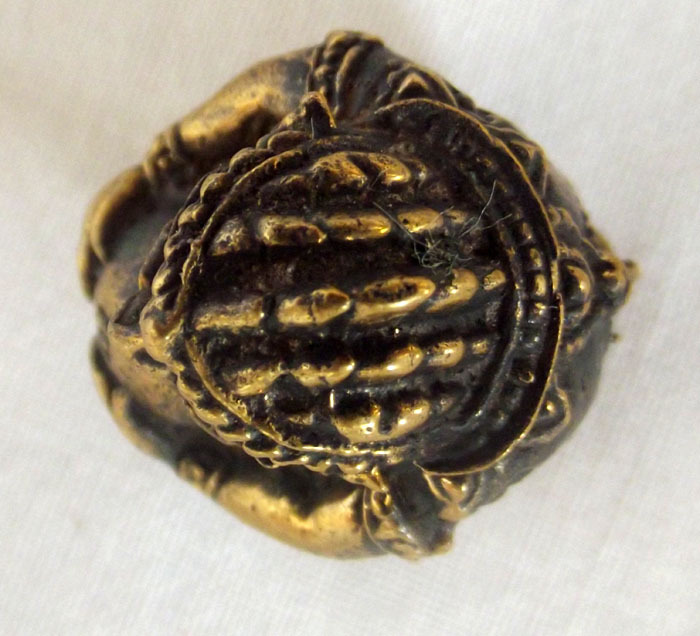 Hence, there are several magic qualities ascribed to Hanuman. It is said, that the monkey god possesses intrinsic characteristics of kong grapan, klaew klaad, maha lap, and maha sanaeh. It is therefore not surprising that Hanuman is worshipped mainly by Thai boxers, military officials and soldiers, and those who often engage in various forms of competition. People who perform proper bucha to Hanuman, will receive the monkey god's powerful blessings of protection. Moreover, with Hanuman on one's side, it is unlikely that one will be defeated by people who want to challenge you. Hanuman never looses a battle, because the monkey god is the ultimate winner. 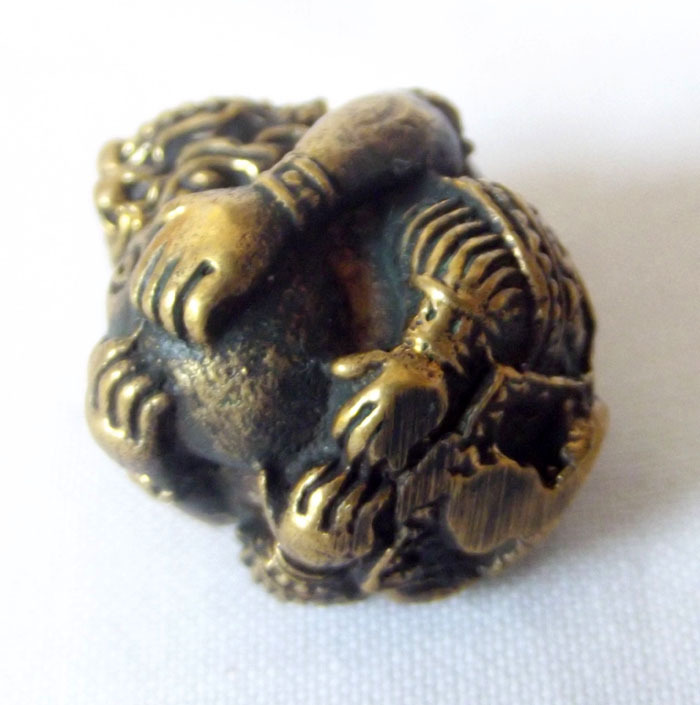 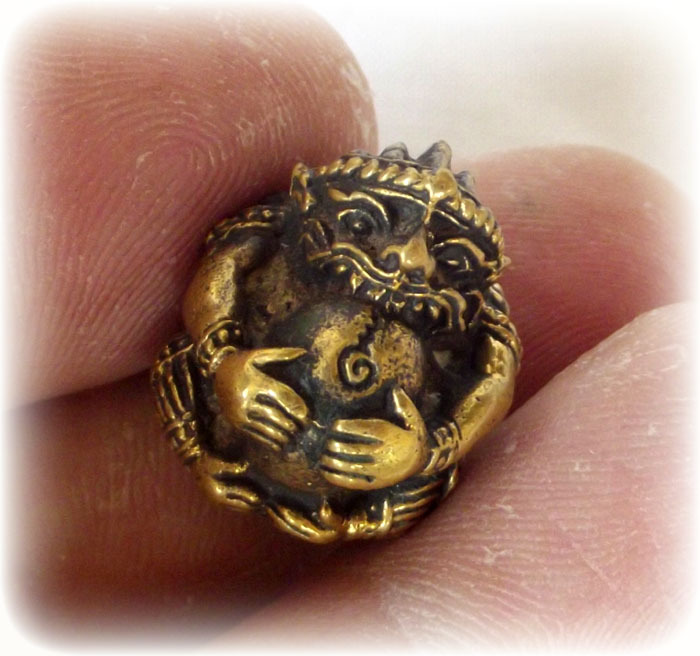 This item has a number of kata for chanting to Hanuman as an MP3 tutorial to download from the files tab within your account at thailand-amulets.net after you have purchased the amulet. Simply log in to your account here and go to files tab to download and learn how to pronounce and chant the kata. 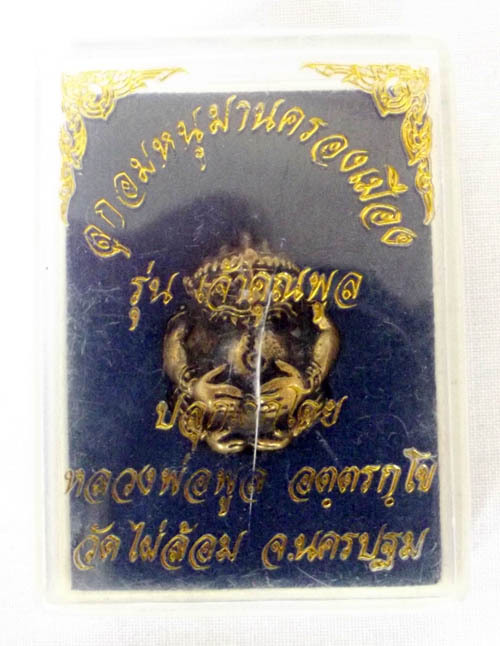 The amulet comes with the original box from the temple. But it can, of course, also be encased, if desired.

Luang Por Poons amulets are known not only for the effectiveness of their magic, but also for the fact that the amulets are alwasy made with a very high grade of design quality and finish. They are thus not only sacred items of reverence, they are also wonderful examples of Buddhist Miniature Fine Art.

Luang Por Poon was renowned for his Putrity of Practice, & for his four qualities of Brahmacarya; Metta (Loving Kindess), Karuna (Generosity) Mutitaa (the wish to help other Beings) and Upekkhaa (Equanimity).