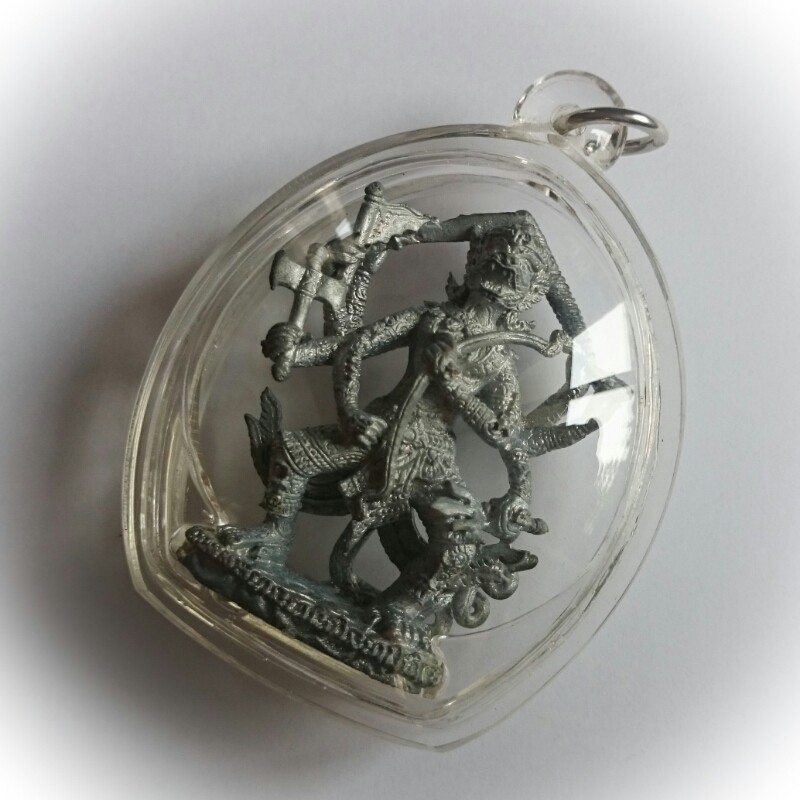 Proudly presenting what is now (and was even then, back in the time of release), an Extremely Rare, and ever increasingly valuable powerful Sacred Amulet, the rare Hanuman Paed Gorn 8 Armed Vanora God statuette, from the Great Luang Phu Ka Long Khiaw Gaew of Wat Khao Laem (deceased).

Over 1000 Yantra foils were inscribed and smelted into the Sacred Chanuan Muan Sarn used. Of these 1000 Yantra, all of which were specifically empowered with Hanuman Invocations. 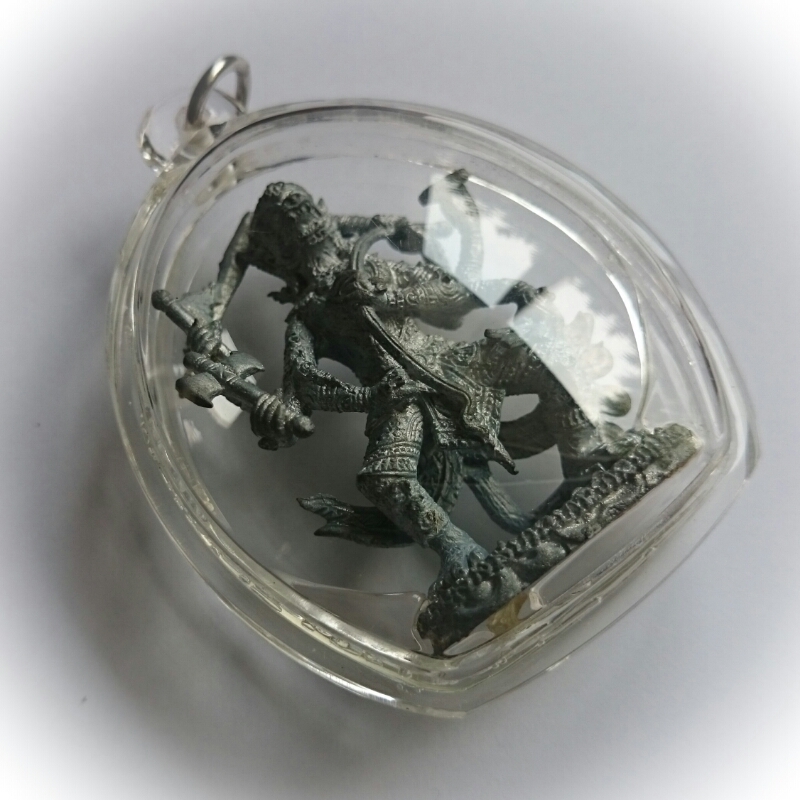 108 of them were composed using a total of 108 different postures of the Hanuman Deity. In addition, thousand year old Hanuman and Deva images of ancient leaden metals from the Angkor Wat Khmer Dynasty were also used to smelt into the Sacred Chanuan Muan Sarn of the amulets.

Only 999 amulets made in this limited edition. It is now extremely difficult to find Luang Phu's amulets, (almost impossible in fact), and especially the eight armed Hanuman by LP Ka Long, and prices have increased along with their immense rarityin the years since his passing. 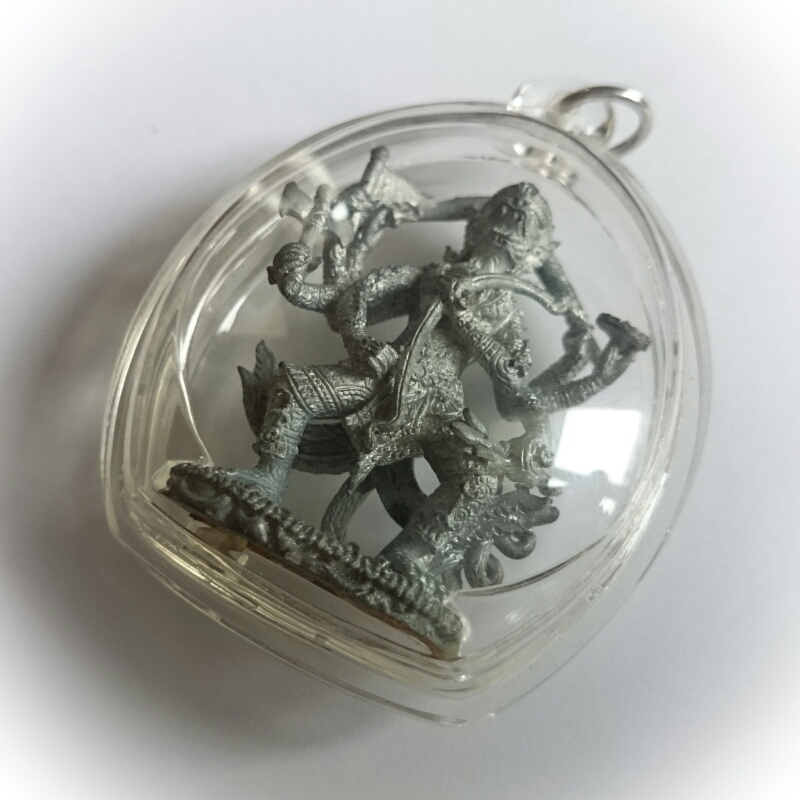 The base of the Loi Ongk statuette a Look Namo stuffed into the base, and sacred magic spell embedded. 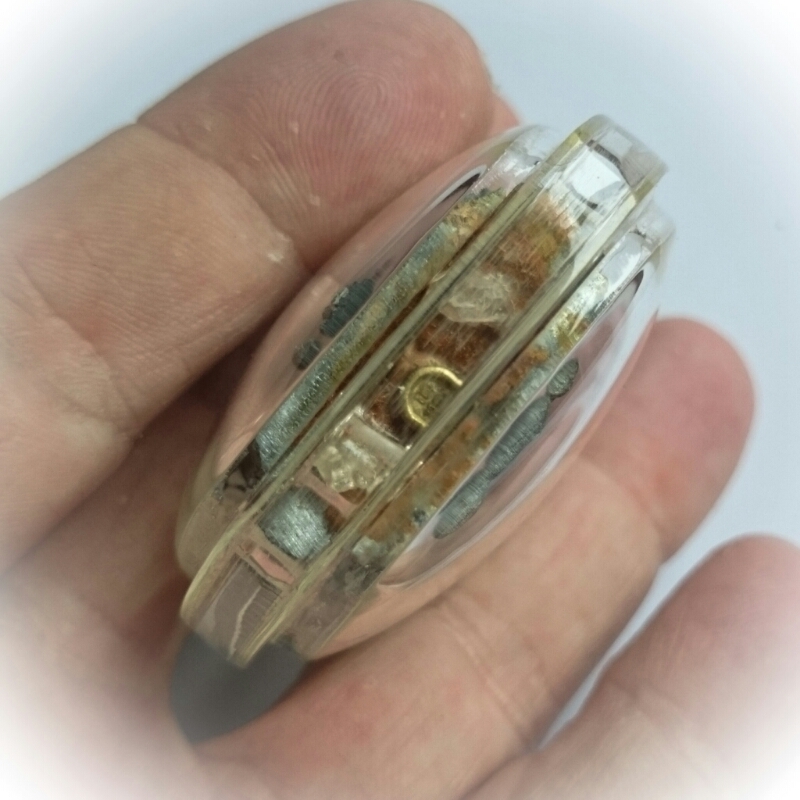 The amulets received three powerful and important Puttapisek empowerments, the first at Wat Sutat in Bangkok on the 9th of September 2552 BE, and two times more on the Piti Korb Siarn Por Phu Ruesi Jao Saming Prai (laying on of the Tiger faced Ruesi mask ceremony), at Wat Khao Laem on the 11th and 13th of September 2552 BE. 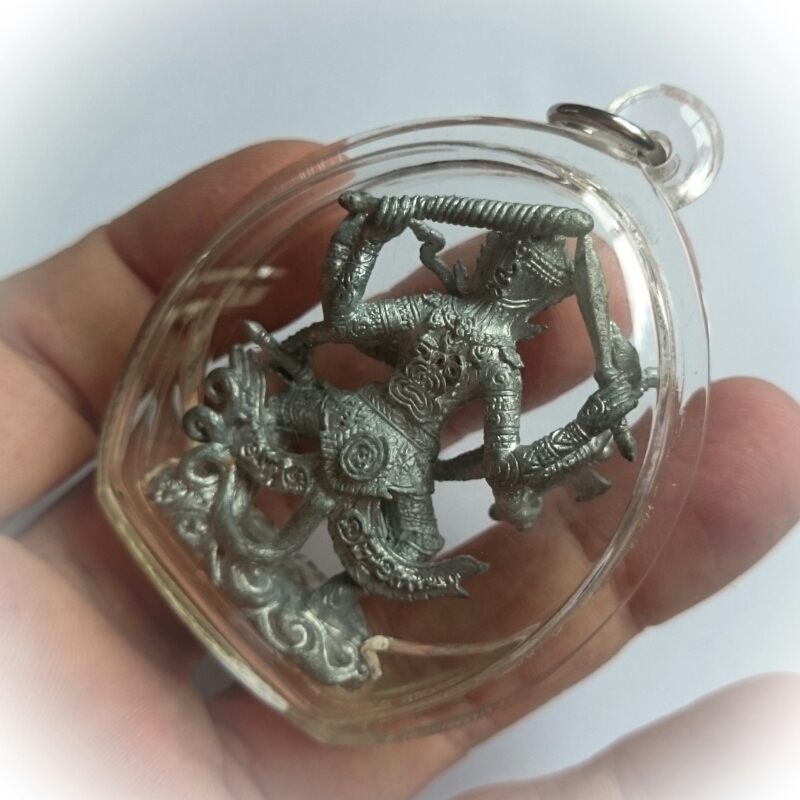 The base of the statue is was filled with Sacred Muan Sarn. The edge of the frontof the base has Kata Akom with invocations embossed. 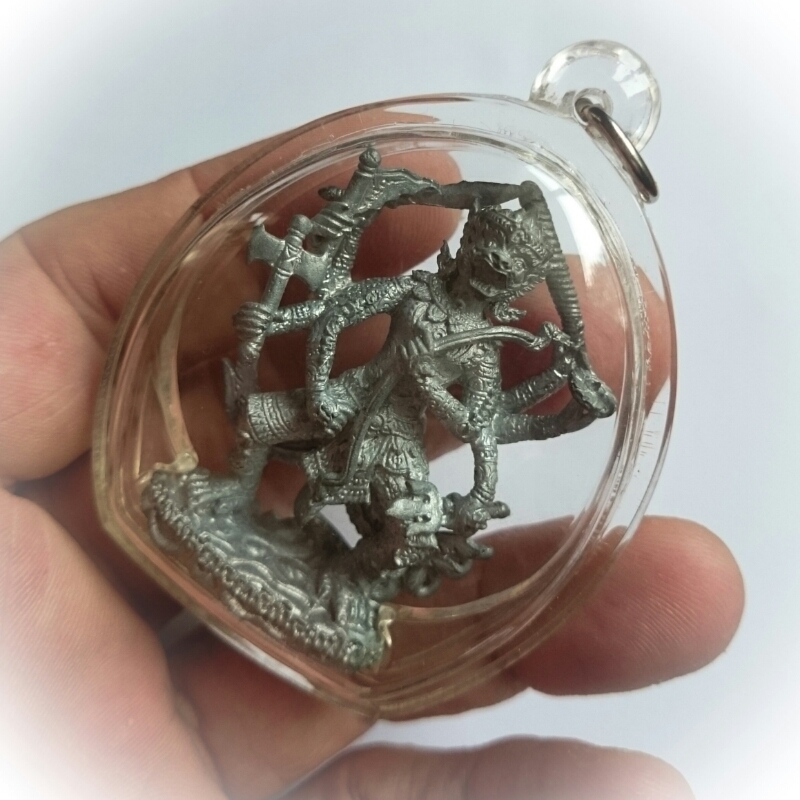