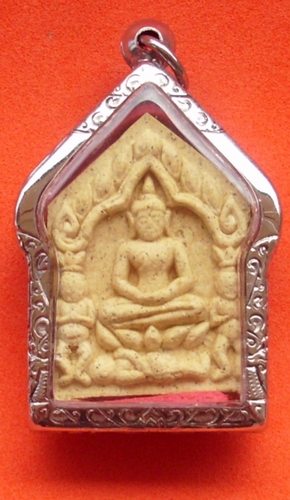 Empowered by 5 of the Current Day Greatest Master Guru Monks of the Maha Sanaeh type magic. This Special 5 Masters Edition is the First and Only Edition ever made of these amulets, which have the Incantations and Jhanic Empowerments of My personal Top Five Chosen Masters of Choke Lap, Metta Mahaniyom, and Maha Sanaeh type amulets. 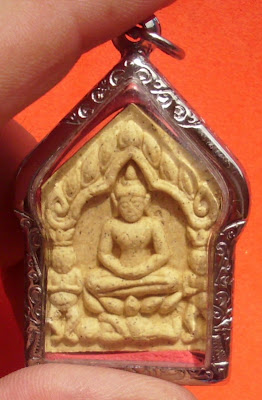 These Masters are of course;
Luang Phu In Khematewo - Donated Pong Prai Kumarn Powders, which he made and empowered over ten years, and gave these amulets a seventeen day and seventeen night personal empowerment.
Luang Por Bpan Gadtabanno - Donated Pong Sariga Gariang Kor Ma Powders, and gave a personal Empowerment with his Gariang Kor Ma Wicha which have made his Paetch Payatorn and Khun Phaen Tewada amulets so popular and successful, during a Nine Day and Nine Night Solo empowerment period.
Luang Por Khern - Donated Ya Pong Saneh Ya Faed (Kumarn Tong Twins Powders), and Gave a Fifteen Day and Fifteen Night Empowerment in Solitary for these Special Edition Khun Phaen Prai Kumarn amulets.
Luang Phu Pan Tammagamo - Donated 'Pong Rak Huk Nang Wua' powders  and Pong Prai Kumarn Huk nang Wua which is a pure concentrated Prai powder for the cration of the amulets, and thereafter, recieved them for blessing and endowed the amulets with his personal 5 day and night empowerments before passing them on to the next Master 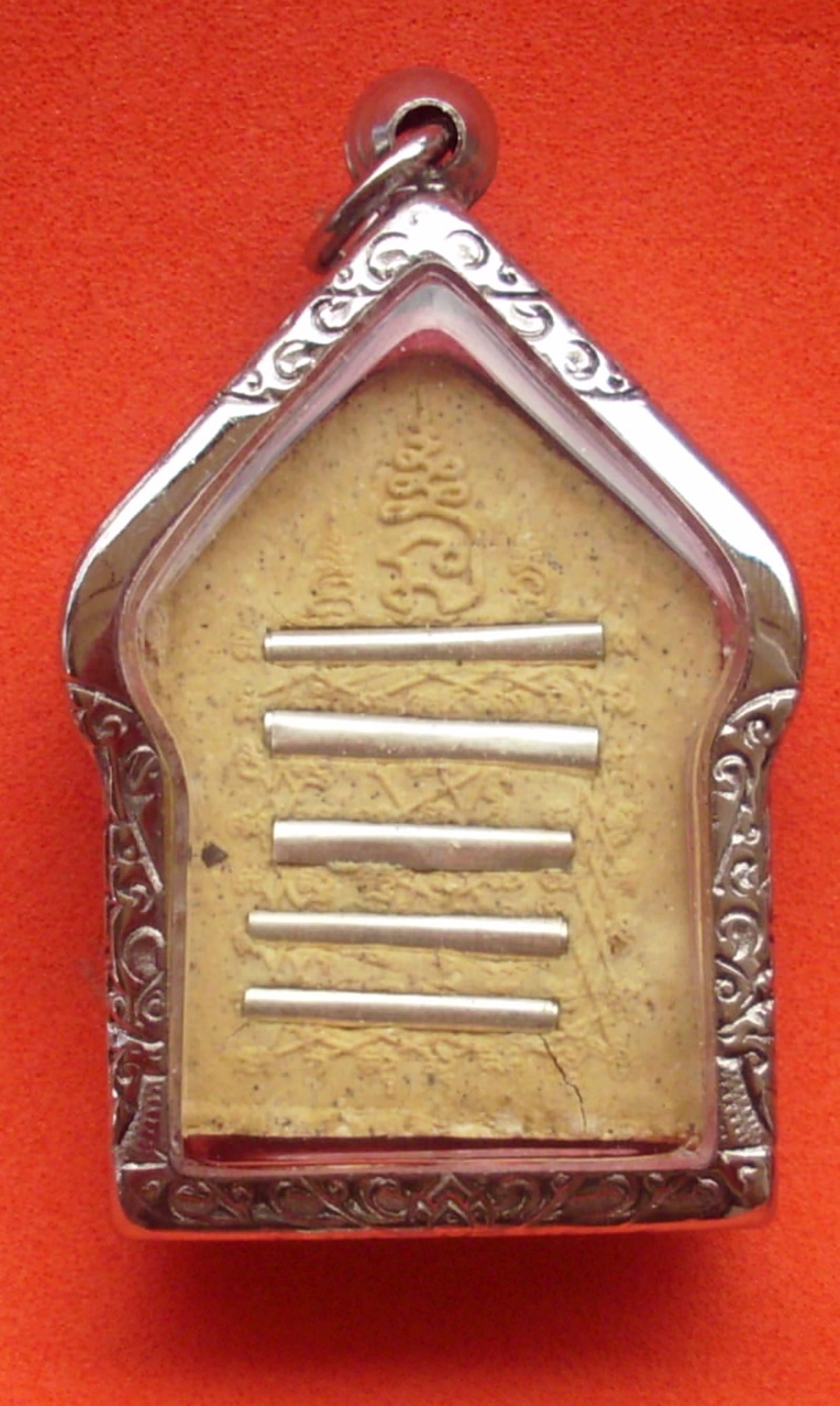 2599 Amulets made in this Pim C Release. Five Takrut Khun Phaen Maha saneh are inserted in the rear face along with Yant Grao Paetch (Diamond Armor Yantra). Sacred Na is inscribed above it with a Magical Unalome (Representing the Arahants)

Three Takrut Mad Jai are inserted into the base.