Kroo Ba Lerd and the Temple of Wat Tung Man Dtai have released this special Ancient Lanna Sorcery style 2555 BE edition of Pra Kring Loi Ongk Statuettes, Horse Skin Takrut Love Charms, some Old School Traditional Yant Hneeb folded Takrut amulets, two models of Pra Rahu Eclipse God amulets in Metal Front with sacred Powder rear faces and Takrut inserts, along with some 'Noo Kin Nom Maew' (Mouse drinking milk from the teat of a cat) sacred powder amulets. Kroo Ba Lerd is Famous for his Noo Kin Nom Maew Wicha, which is said to have helped many people to increase and maintain their income and sustenance with the Metta Power of the Wicha of Kroo Ba Lerd. 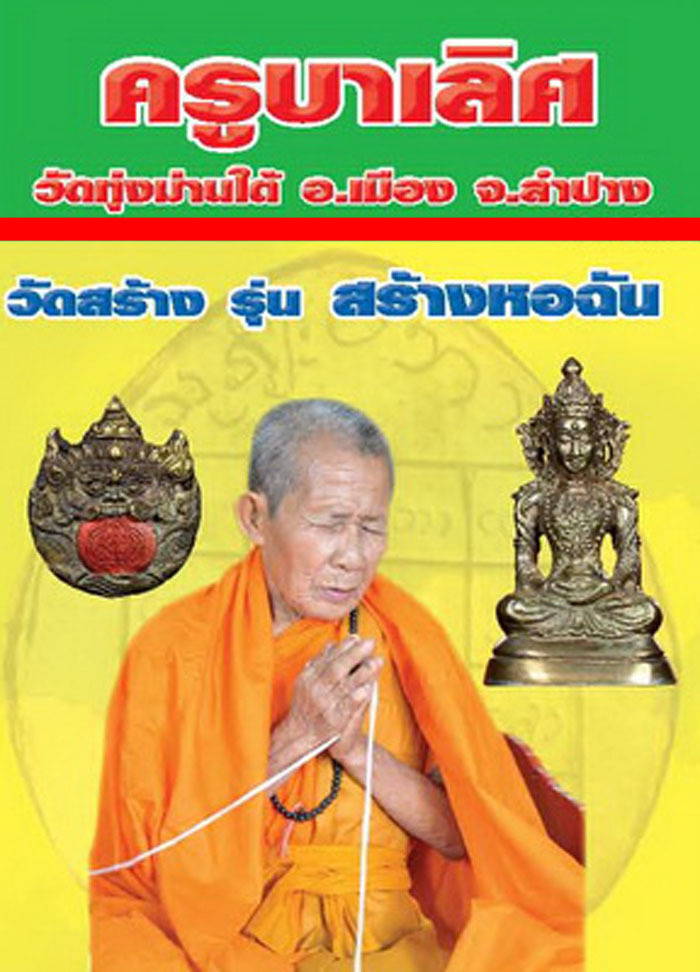 The Edition was made to raise funds to complete the Construction of a 'Hor Chan' (Monks Dining Area) at the Temple. Most Interesting Aspect of this edition is the Conservation aspect which is Notable for the faithful attention to Details of the Ancient and Traditional Methods and Materials used for Northern Lanna Lineage Sorcery, and the High Quality Look and Feel of the amulets, which are Authentic Ancient Wicha amulets of the kind you rarely see made so sturdily in this Day and Age. They are more reminiscent of amulets as they were made in Olden Times.

This most beautiful lanna Style Pra Kring Loi Ongk Sacred Metal amulet was made in two different Metals with three versions in all. The top two versions were made from Nava Loha (9 sacred Metals), the Ongk Kroo Masterpiece having a silver base, and the Pim B having a Nava Loha base covering. The Pim C was made in Tong Ma Lor (sacred Brass) with sacred Powder base and Takrut. The Ongk Kroo Version has 7 takrut (for the 7 Kampir to bless all 7 days of the Week), Ploi Sek (empowered Gemstones), and Powdered One Eyed Coconut (Gala ta Diaw) from Kroo Ba Nanta. The Horse Hide Takruts were made as Powerful Love and Metta Charms. The small version is made using exactly the same materials and methods, but has two knots less on the cord wrapping (each knot is a magic spell). The Takrut Phaen Yant Hneeb is one of the Northern lanna tradition's Oldest and Most traditional Amulets and a Classic takrut of the Lanna Sorcery Schools. The Phaen yant Hneeb was made in two versions; Dork Kroo Masterpiece with Inner and outer face Inscription, and standard version with Inscriptions on the inner face only. The two are distinguished visibly by the different colored cords attached. White cords for the Dork kroo masterpiece, and red cords for the standard version. The amulets were blessed on two occasions, once on the 6th May 2555 BE and then again on the 26th June 2555 BE in the Hor Drai (Tripitaka Room) of the Temple of Wat Tung Man Dtai. 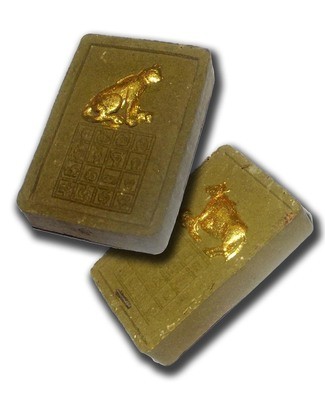 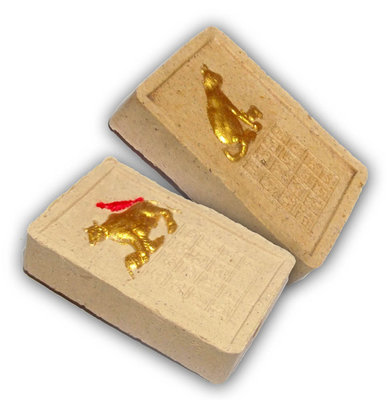 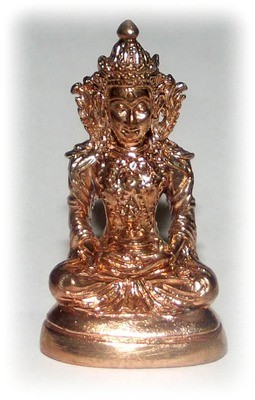 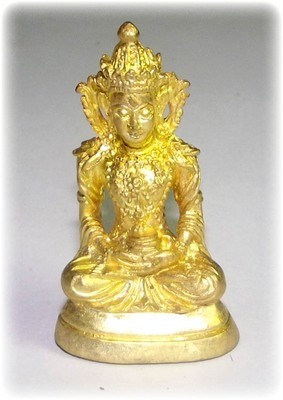 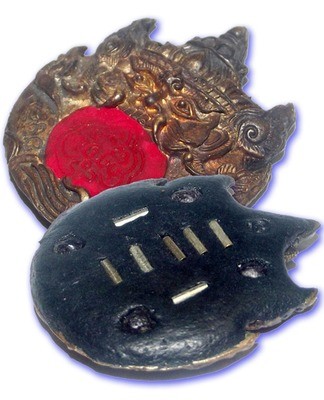 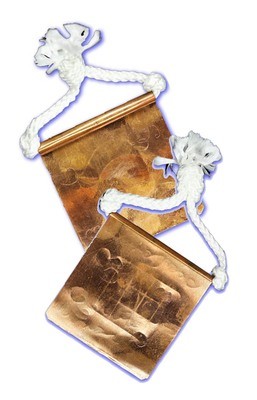 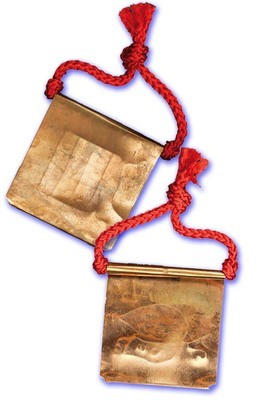 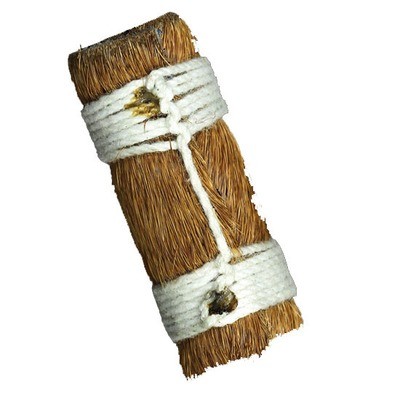 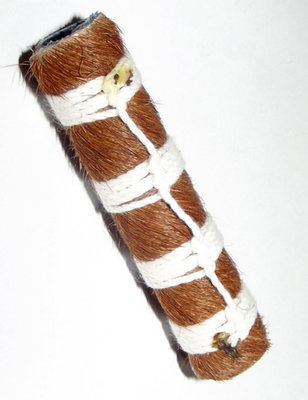