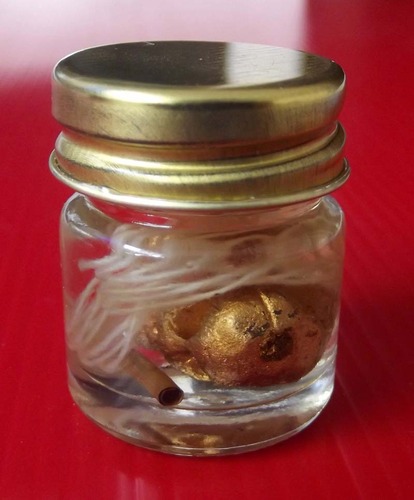 Luang Phu Sawad is known to make extremely powerful Kumarn Tong. Many tales of success from his Looksit serve to support this belief in the Payao Master, who is one of the Northern Regions most important and popular Guru Monks. Amongst his greatest successful amulets are the Prai Faed (Kumarn Twins), which are so very rare to find these days, and of course the  First Edition Kumarn Tong Prai Grasip Siang Choke, which is now impossible to find.  So Luang Phu Sawad Made a second edition of Kumarn Tong Prai Grasip Choke to cater for the Vast number of people still requesting or requiring this amulet. 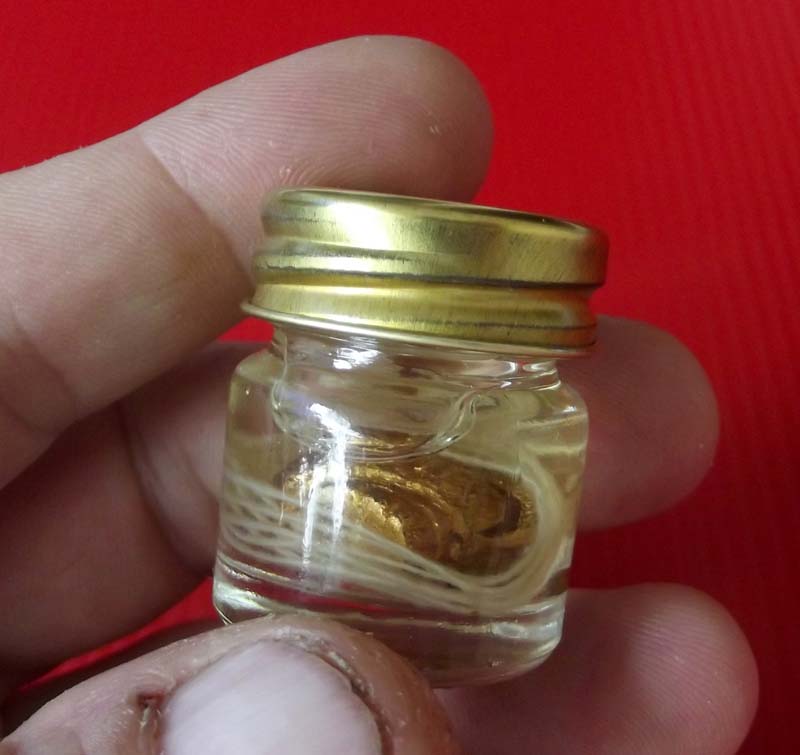 This time however, Luang Phu  did something very special. Each and ever Prai Grasip is hand carved from the bone of a 'Suea Saming' (a Tiger that has died a completely Natural Death). These bones had been empowered with Incantations by Luang Phu many years before he was a Monk, as he was still a Ruesi Hermit Magician. The power within the Suea Saming lends immense strength and power to command into the Kumarn Tong Prai Grasip Choke, in a way that can not be imagined. 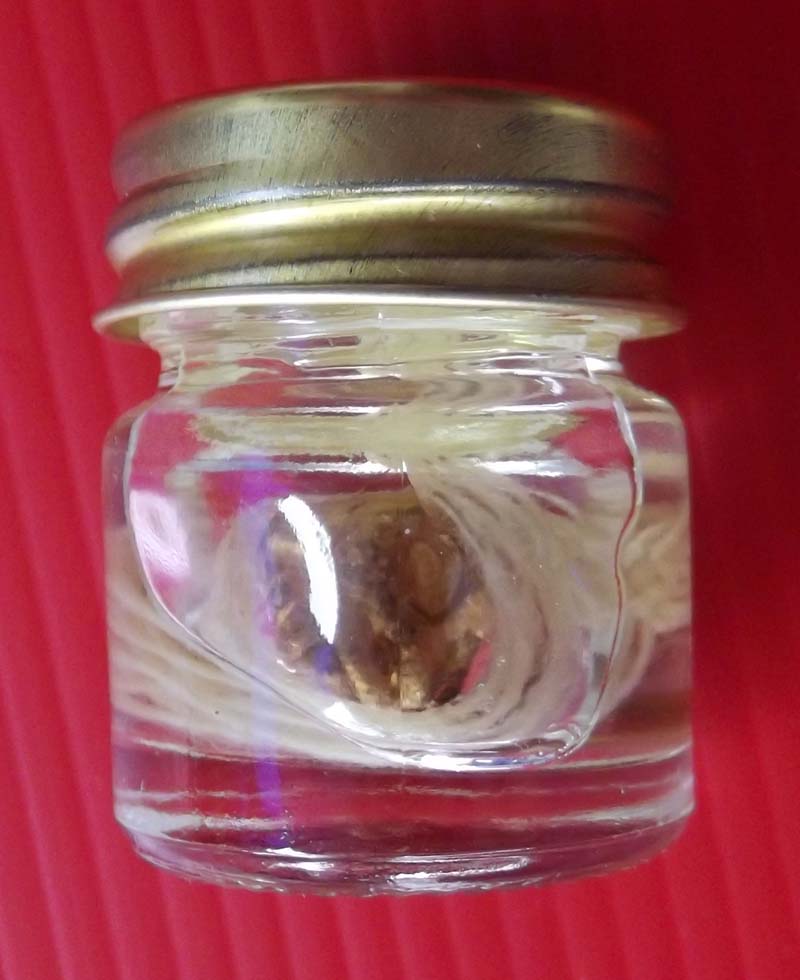 As is  required for a true authentic empowerment of the Prai Grasip, Luang Phu performed the Incantations of the Four Elements and the Akarn 32 (32 components of a living being) to reanimate the Prai Spirit of the Kumarn into the Prai Grasip. The Prai grasip has been empowered with Additional maha Amnaj (increased by the inherent Maha Amnaj power of the Suea Saming Tiger, which has Amnaj and Anti Black magic powers instilled naturally within its bones). This extra Maha Amnaj Power allows the Prai grasip to order the Ruling Ghost of the Gambling Tables to do its Bidding, and throw the cards in your favor. This Amnaj also assists in power selling.

He performed Incantations and Psychic empowerment until he saw a Nimitta Vision of the Kumarn Tong (a Deva type Kumarn from the Celestial Realms, not a normal Ghost Kumarn) arise and speak to him. He then took the Prai Grasip and immersed them for further incantations and empowerment by boiling in Prai Oils of the Metta and Maha Sanaeh variety

When you recieve success from the Prai Grasip, you should repay it with offerings such as some clothing, fruits and foods, drinks, toys and trinkets.

Do not offer any kind of intoxicant such as whisky or even cigarettes. You should chant Buddhist prayer, and make some offerings onece in a while to give alms to the Sangha, and dedicate some of the merits to share with the Prai Grasip Choke.

First Speak out the Name of the Kumarn (give him the name yourself), and then chant;