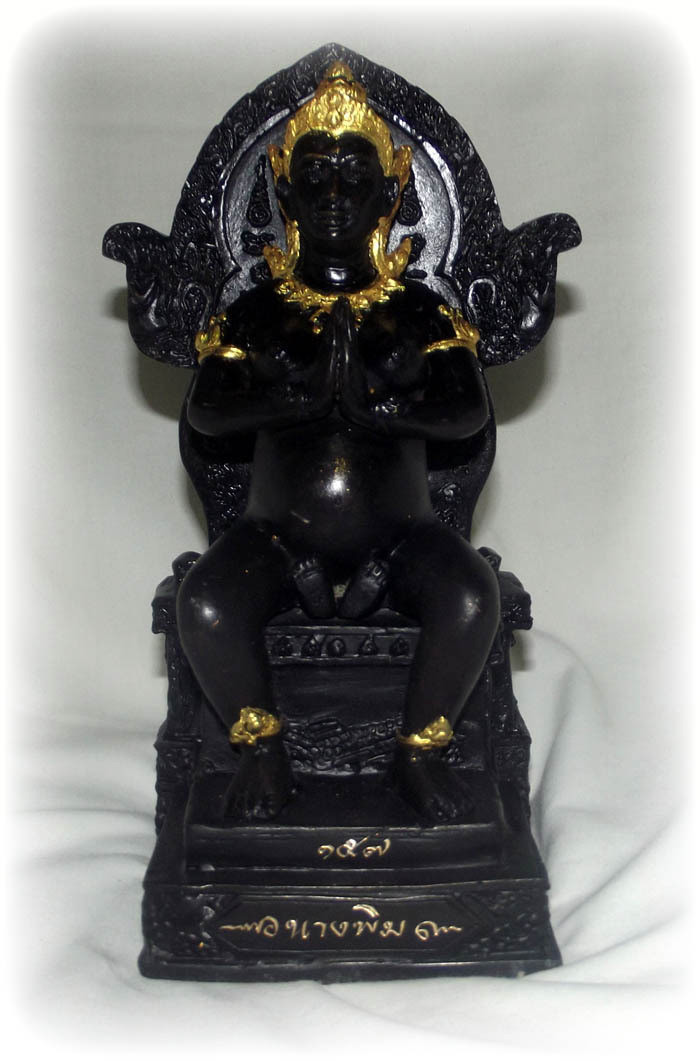 Mae Nang Pim (Ongk Kroo) Bucha statue - Special 'Ruam Baramee Puttakun' edition (Join Hands to double the Merits and Buddha Power), from Luang Phu Yaem (Wat Sam Ngam), and Luang Phu Ap (Wat Tong Sai). The statue is the Top Model of Two different Bucha statues of Mae Nang Pim.There was also a Standard Version issued with one less amulet inserted into the Sacred Powder base of the statue; a Phial of Concentrated Pong Prai sanaeh ya Faed is inserted in this Ongk Kroo version, but not in the Standard Version.

Blessed in Duet by Luang Por Ap of Wat Tong Sai, and the Great Luang Phu Yaem of Wat Sam Ngam (Nakorn Pathom). Two of the Present Days greatest Masters and True Wicha Holders of Adept Khmer Sorcery have joined hands to make a special edition of amulets to assist in the continued costs of the building of the Sala Badibat Tam (Dhamma practice Salon) at Wat Chong Gling Chong Grod, in Kanjanaburi.

This is the Bucha statue series of the Ruam Baramee Puttakun 2555 BE Edition. Wich Nang Pim has now come to be known as a Wicha which Luang Phu Ap has proved his Mastery of, and that the Nang Pim Wicha is perhaps Currently Seen as beeing synonymous with the Name of Luang Phu Ap of Wat Tong Sai. This edition has the special honor of recieving empowerments in Duo with the Great Luang Por Yaem of Wat Sam Ngam attending the Empowerment and Lending his Jhanic Powers to the Blessing of the amulets. Luang Por Yaem is Abbot of Wat Sam Ngam, and the direct Inheritor of the Wicha of Luang Por Dte, the Greatest Master Kumarn Tong Maker of all Time (apart from Khun Phaen Himself). 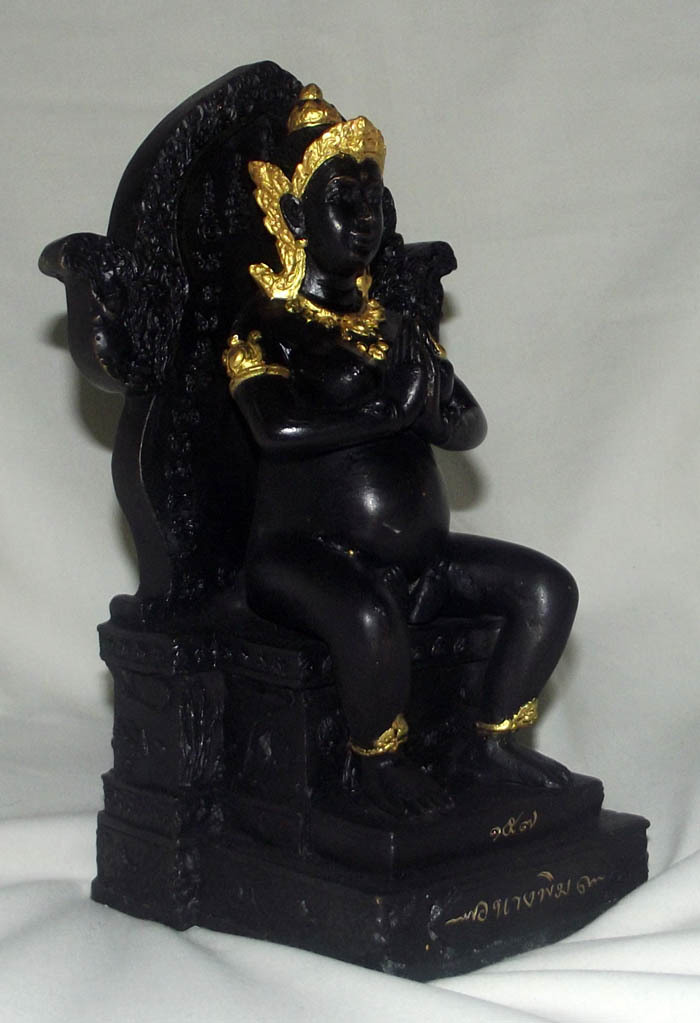 Luang Phu Ap was kind to accept the request of Wat Khao Chong Gling Chong Glod in Kanjanaburi to help raise funds for building Monks Huts for living at the temple, and a 'Slaa Badibat Tam' (Dhamma practice hall). Luang Phu Ap has already released one edition of amulets for this purpose on 20th April 2553 BE along with his Nephew, the Abbot of Wat Chong Gling Chong Glod. The funds were not enough and so Luang Phu, along with Luang Phu Yaem agreed to make and empower a set of Hanuman, Idam Sen, and Mae Nang Pim amulets, to raise the remaining funds for the completion of the building work at the temple in Kanjanaburi. 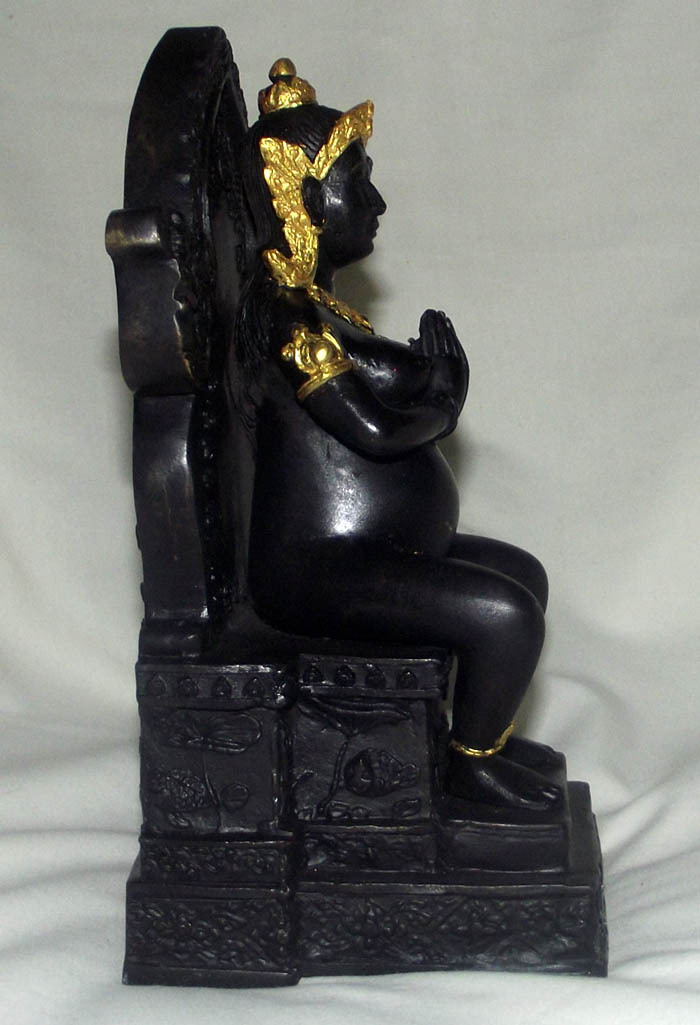 Nang Pim is Imbued with the Powers of Klaew Klaad, Metta Maha Niyom, Maha Saneh, and Kaa Khaay Magic. Popular with Market Sellers and Shop Keepers in Thailand. Nang Pim is both Protective and Nourishes with her Metta Power. She sits on her throne with her teats hanging down for her chidren to suckle from, with her hands placed together casting spells to attract sources of Nourishment and Finance to keep you suckling from the never ending flow of goods and money she will attract. 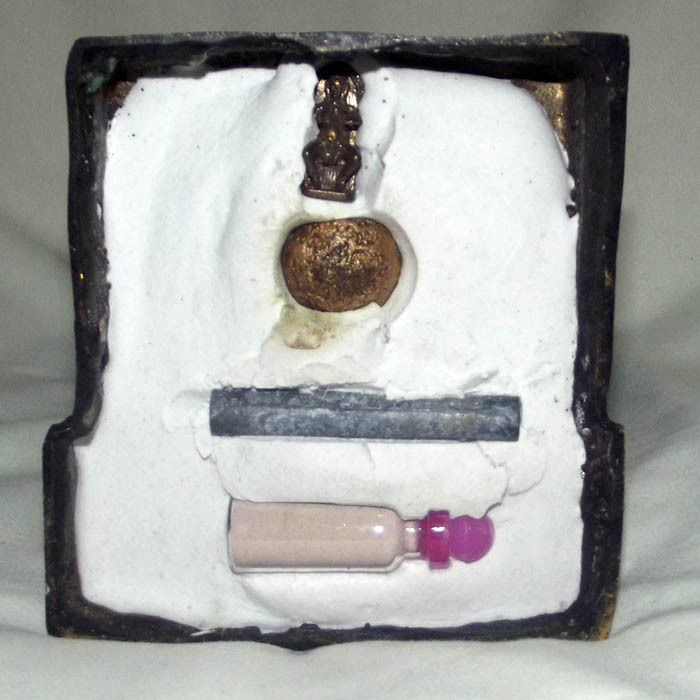 The base of the Bucha Statue is filled with sacred Powder, and has one Look Om, One Takrut Mae Nang Pim Maha Sanaeh Maha Lap, One Mae Nang Pim Loi Ongk Statuette, and one Phial of the Ultra-Powerful and equally Ultra-Rare Necromantic 'Pong Sanaeh Ya Faed' Sacred Prai Powders inserted.

This Deity can be asked for most wishes within reason or possibility of happening, and needs to be fed with liquor, being a Prai Spirit deity. protective and Prsperity attracting, the Fertile Nang Mae Pim is a true Cornucopia Horn of Plenty type Deva. Very Effective for Successful Sales Quotas, Good Business, Metta Mahaniyom Maha Sanaeh. 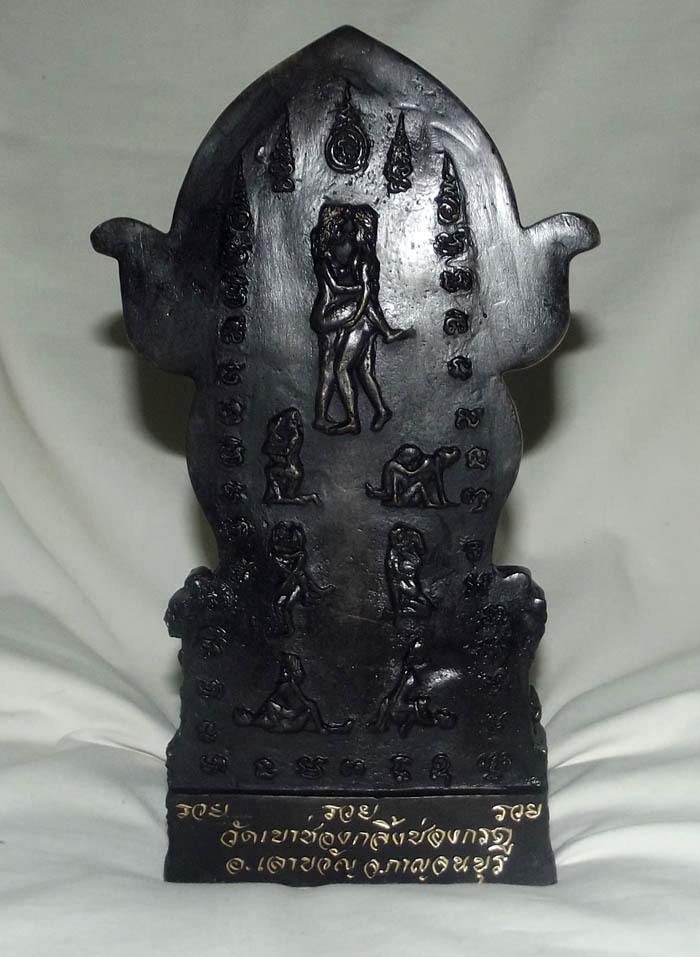 The rear face of the backrest of the statue has 7 different 'In Koo' Deities in Loving Embraces. Sacred Khmer Agkhara Lettering is written along with the Kata Hua Jai Nang Pim.These In Koo are in fact, Devas empowered using Wicha Ba Cha Dta, which is Pure Kama Sutra Magic.

An absolute Master Wicha of Maha Sanaeh Sorcery, and a very fine Bucha statue Indeed. The Seven In Koo coincide with the Numerology of the groups of sevens used in the making of the composition of the Muan Sarn Sacred Powders for the Filling of the statues and amulets.  The base at the rear says 'Wat Khao Chong Gling Chong Grod, Ampher Jao Khwan, Kanjanaburi' which is where the edition was released and where the construction funds go.

See all amulets in this edition; 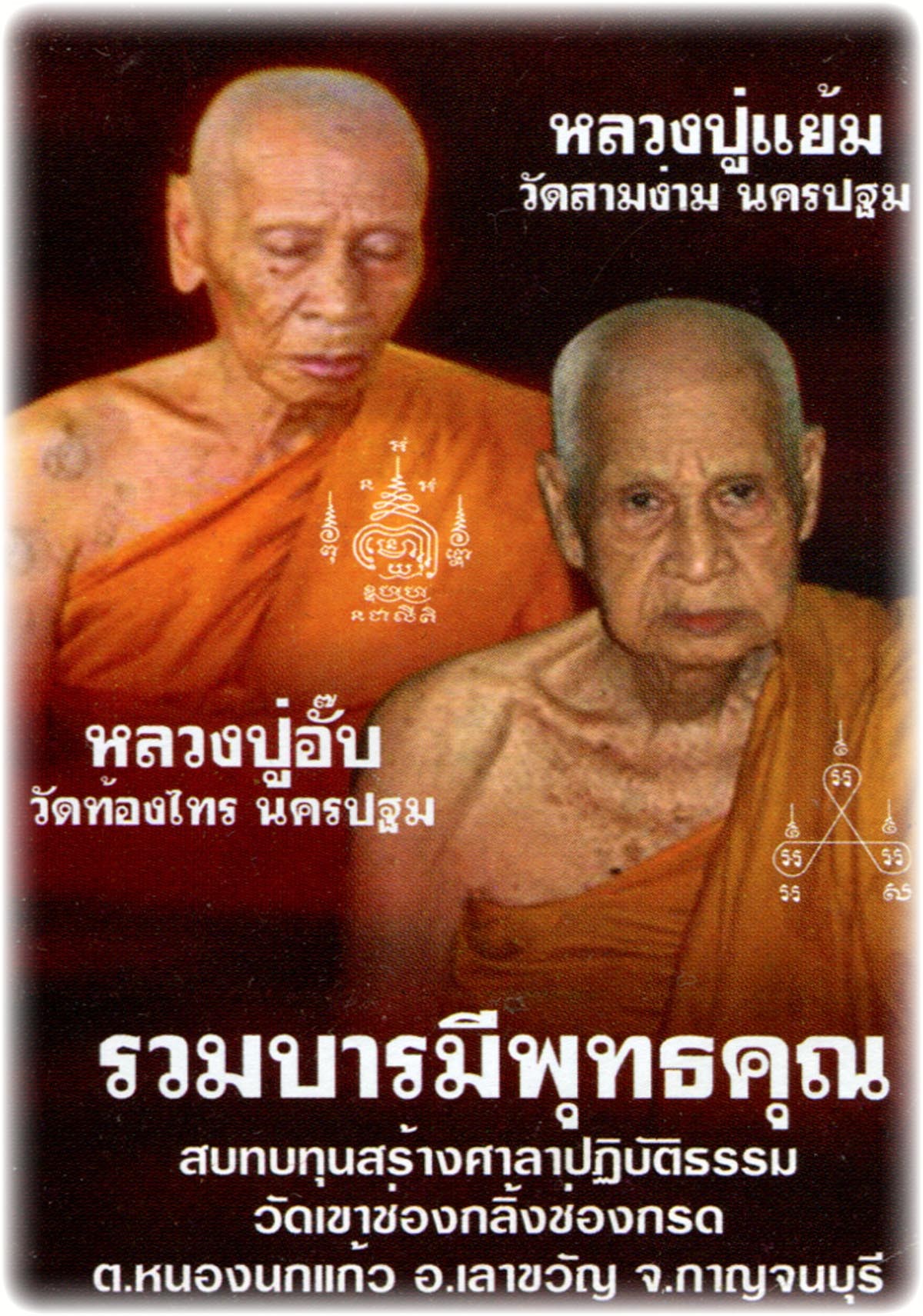