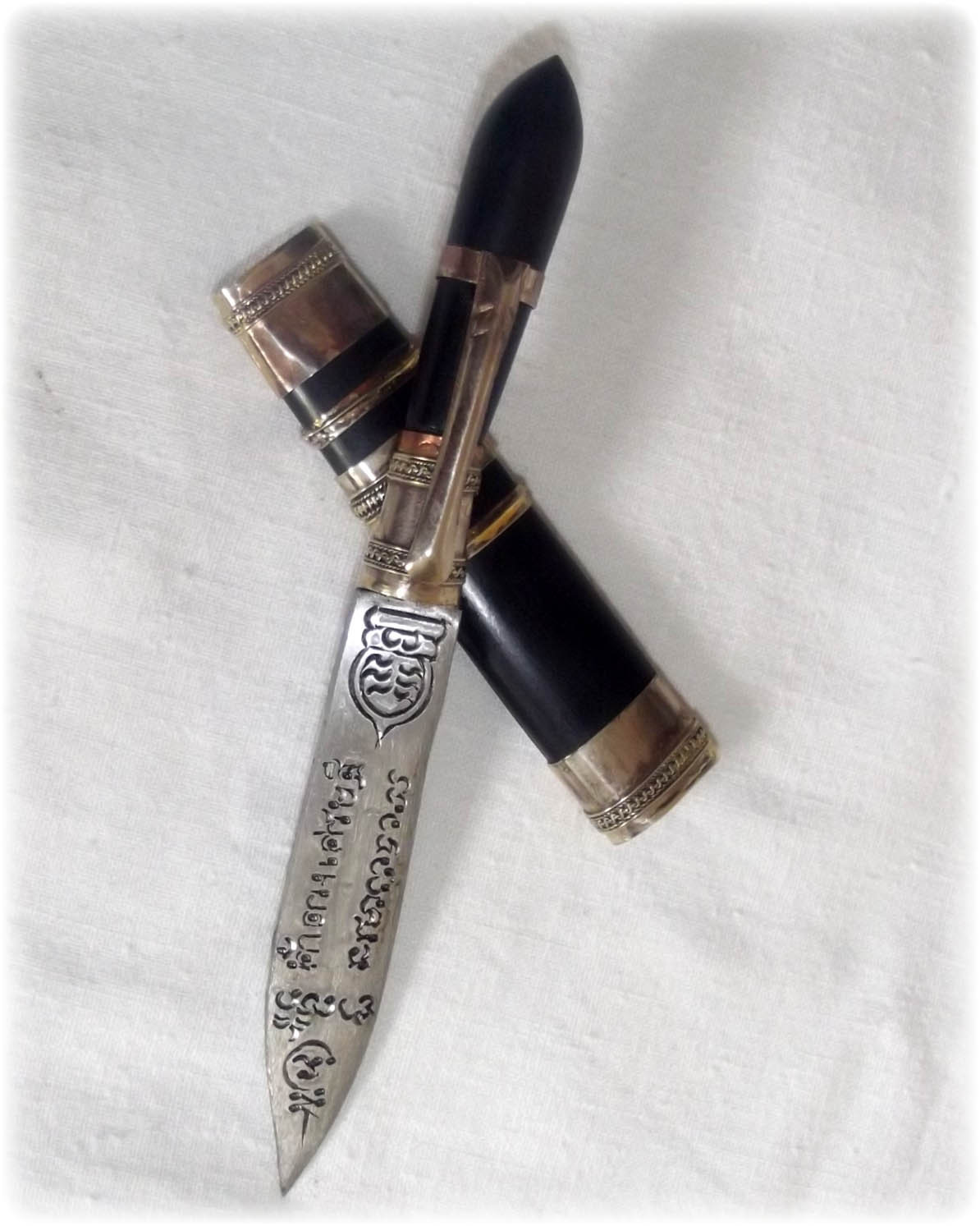 The Meed Mor has a Pen Clip for easy Portability. The wooden sheath and handle are embellished with solid silver decorative closures.

The Purpose of this Edition was to raise Funds to Finance the Building of a 'Putta Uttayan'. The words 'Putta Uttayan' means 'Buddhist Park'. If we consider the name of the first natural setting that was donated to Lord Buddha, the 'Deer Park' and see that it was the name of that particular forested Land Holding, then we can deduce that the words 'Buddhist park, does not mean simply a place of Leisure, rather, a Place of Dhamma Practice. 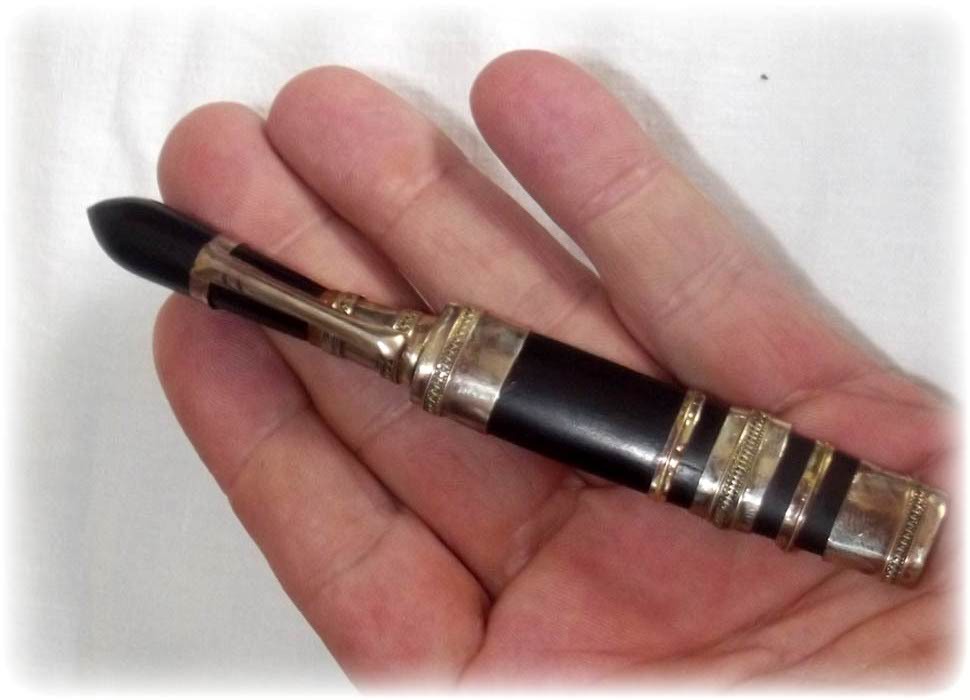 In this Day and Age of so much Hustle and Bustle, and Busy Timetables, the People of Nontaburi have little opportunity to travel to the country and practice in the Forest temples, and must stay nearby to their work. The Temple of Wat bang Jag is thus Creating a Serene Environment for Thai Buddhists to practice in in their little free time on Holy and Public Holidays. We see this Project as Meritiorious for City People to have the Opportunity to Immerse theirselves in the tranquil Environment in order to Practice without the Hindrances of the City. 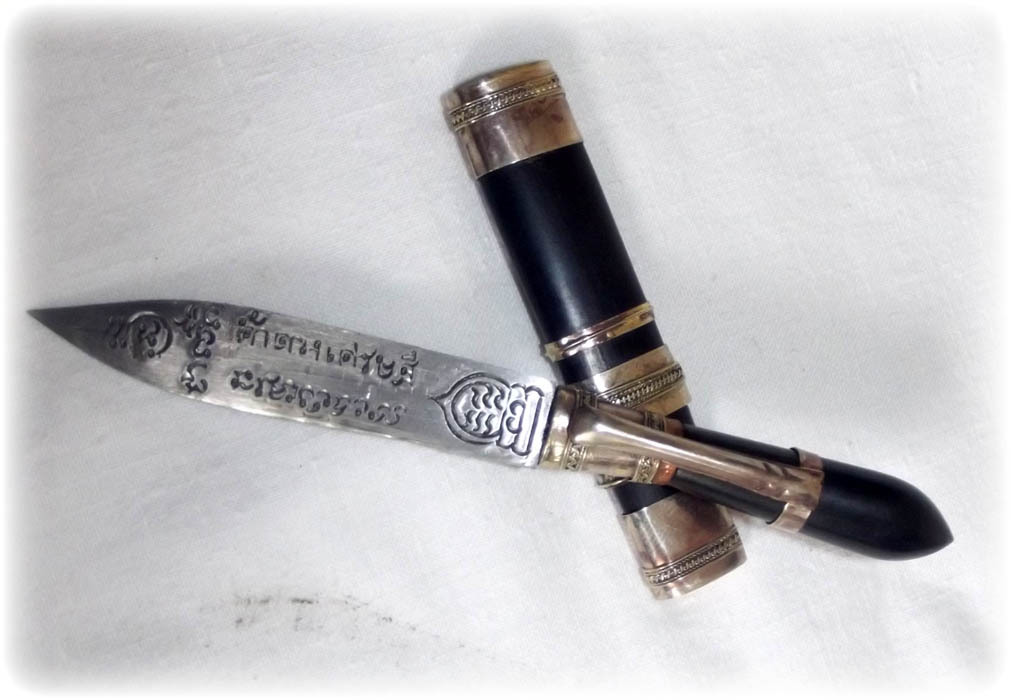 Wat Bang Jag, in Tambon Bang Plab, Bang Gred Municipality of Nontaburi Province, is one of the Oldest Temples in Nontaburi, with Many Sacred Objects of Worship within its Enclaves.

There is a Large Buddha statue installed on the edge of the Chao Praya River within the Temple Grounds. The 'Wiharn Sam Taep', a Vihara Shrine with Three Great Devas of the Vedic Religion 'Pra Pikanes' (Ganesha), 'Pra Prohm' (Brahma), and 'Pra Narai' (Vishnu). These Three Devas within this P=articular Vihara, are considered Very Sacred and Believed by Thai People to Bestow Blessings of Great Wealth (Maha Lap), Increased Businss Success (Jaroen Acheep) and Treasured Possessions (Maha Pokasap) upon those who make offerings and Pray to the Devas within the Vihara. 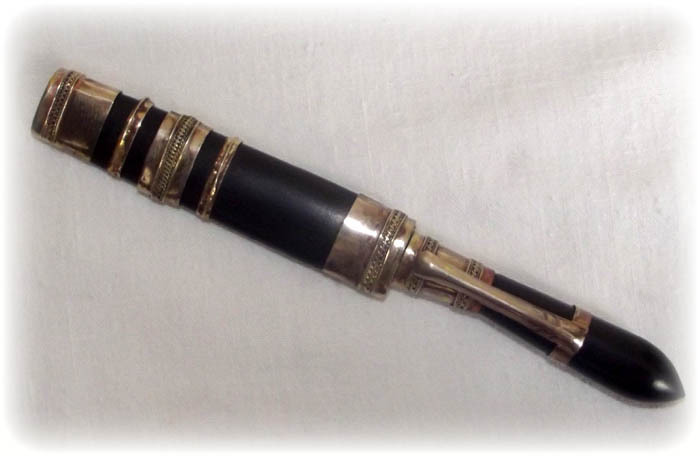 But the Most Sacred and Revered Image of all at Wat Bang Jag, are the Double Images of Luang Por Hnun Duang, and Luang Por Kam Duang. The two Images are notable for the fact that they are Underground, inside the old Base of the 'Pra Pratan' (Main Buddha Image) in the Uposadha Shrine Room. The Images were found as restorations were being performed to lift the Uposadha Building higher to avoid future Floods. As the restorers drilled through the floor, they were surprised to find two Images in a Cavity below, in the likeness of Mokkhalana Buddha and Saributra Buddha. 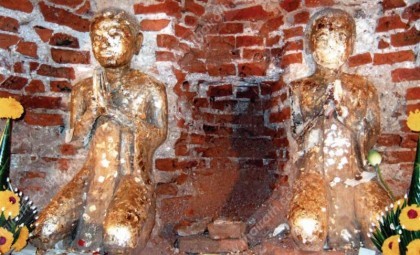 The workers were told to stop their work, and it was ordered that the two Buddha Images were to be returened to their original state by way of restoration. They were given the names of 'Luang Por Hnun Duang' and 'Luang Por Kam Duang'. 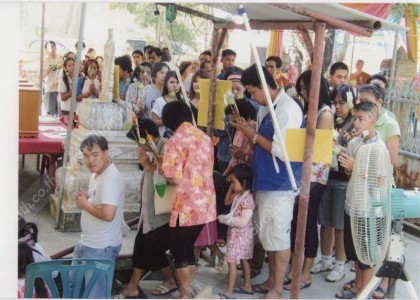 'Hnun Duang' means to Improve the Line of Fate, and 'Kam Duang' means to repair the Bad Lines of Fate turning them into Good Ones. The Images were opened to the Public for Bucha, by way of a passage under the Uposadha Building. Praying to these two Images is believed to Increase Lucky Fortunes and Remove Bad Luck.

Another strange thing at the Temple, is the fact that there are always water droplets under the floor of the Uposadha, regardless of whether it is dry or wet weather, and a pipe with a vessel collecting it as Holy Water, for people to bathe their faces with, drink, and sprinkle over their heads. It is believed strongly in the power of the Holy water of Wat bang Jag, and that those who have been Cursed with Sorcery or Black Magic, can be healed by this Water. 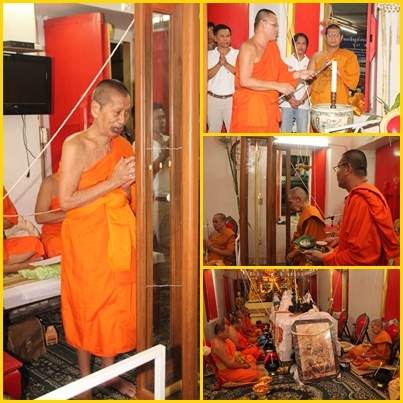 The Putta Pisek Ceremony was held on the 20th October 2555 BE inside the Uposadha of Wat bang Jag, and was attended by some Notable Masters, including Luang Por Chamnan of Wat Bang Kuti Tong, who came to bless this 2555 BE 'Jaroen Porn' Edition. Pradech prakhun Tamma Gitti manorn performed the lighting of the Victory Candle, and the Great Luang Por Foo, of Wat Bang Samak performed the honors of extinguishing the candle at the closure of Ceremonies. This Edition is intended to help raise Funds for the completion os a Buddhist Park with Imagery that Documents the Ten Jatakas (Past Lifetimes) of the Lord Buddha, leading up to his Birth as the Buddha Sakyamuni, and subsequent Enlightenment. 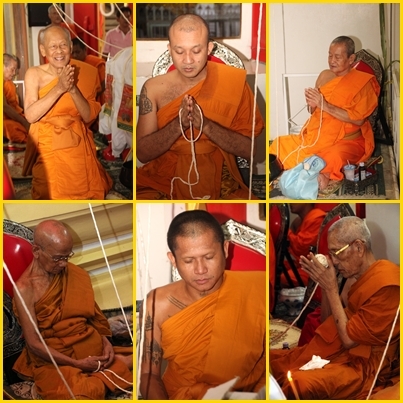 It is hoped that the Park will help to preserve Buddhism and the Knowledge of Buddhist teachings into Future Ages. One reason for the Building of 'Thaawaarawadthu' ('Permanent Material Objects'), meaning Buddha Images and Monuments, is that, even after the disappearance of Cultures, the Ancient Artifacts and Monuments survive, and thus extend the Knowledge of the Buddha and His teachings far into the distant Future. This is why we believe it Meritorious to Construct Buddhist Monuments. A look at the Sphinx and the Pyramids will make it clear as to how long we can preserve a Philosophy or Religion with the aid of Monument Construction. 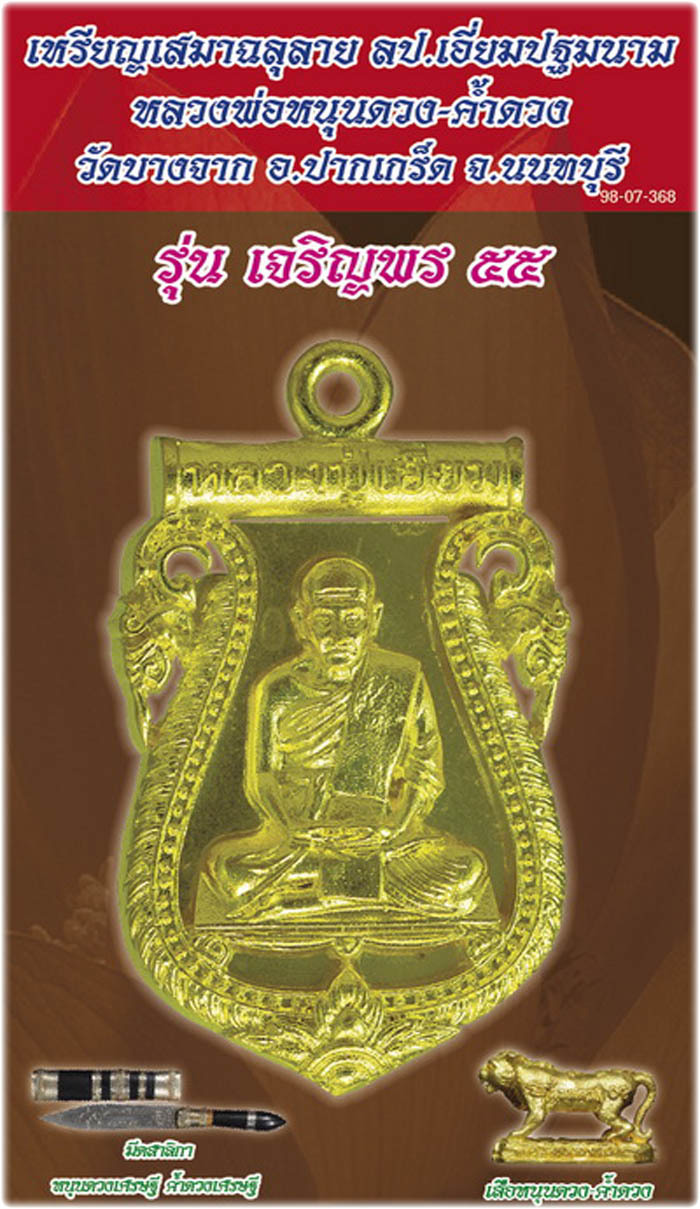 This Edition of Amulets from Wat Bang Jag, featured a large selection of different amulets, all of them related to the legends of the Temple. Some coins in the Image of Luan Iam of Wat sapan Sung, some Enamelled Buddha Coins 'Rian Pra Putta Mongkol', a number of different coin amulets and Bucha statues with the two Buddha Images of Luang Por Hnun Duang and Luang Por Kam Duang, a Takrut Hnun Duang Kam Duang, and a special Loi Ongk statuette of a Tiger 'Suea Hnun Duang Kam Duang'. Wat Bang Jag is an Ancient Temple built around 2536 BE.