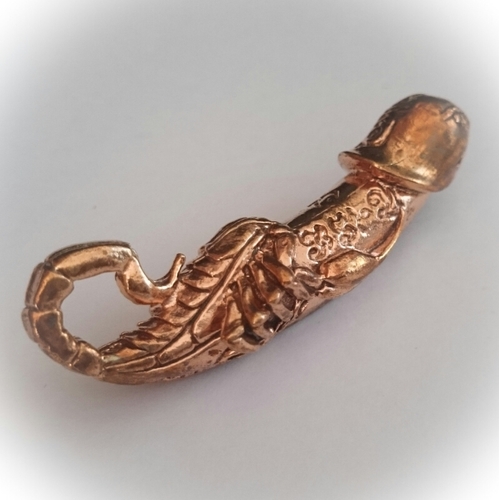 Phu Kroo Ba Tamma Muni has had the Metta and Merit to make the Palad Khik Maeng Pong Pitak Sap, in the Astrological alignments of extremely auspicious influences for creation of amulets of the highest power.

The Palad is a combination of three different Wicha in one amulet, and concentrated Magic within a most original, and impressive design. This is the smaller 4.5 Cm length palad Khik of two sizes which were made available (4.5 Cm, and 7.5 Cm).

The amulet combines the Maeng Pong (Scorpion), a creature which Thai occultism represents the hidden and hard to find, whoch empowers the amulet with the power to seek out custmers and people to attract in even the most difficult Environments. 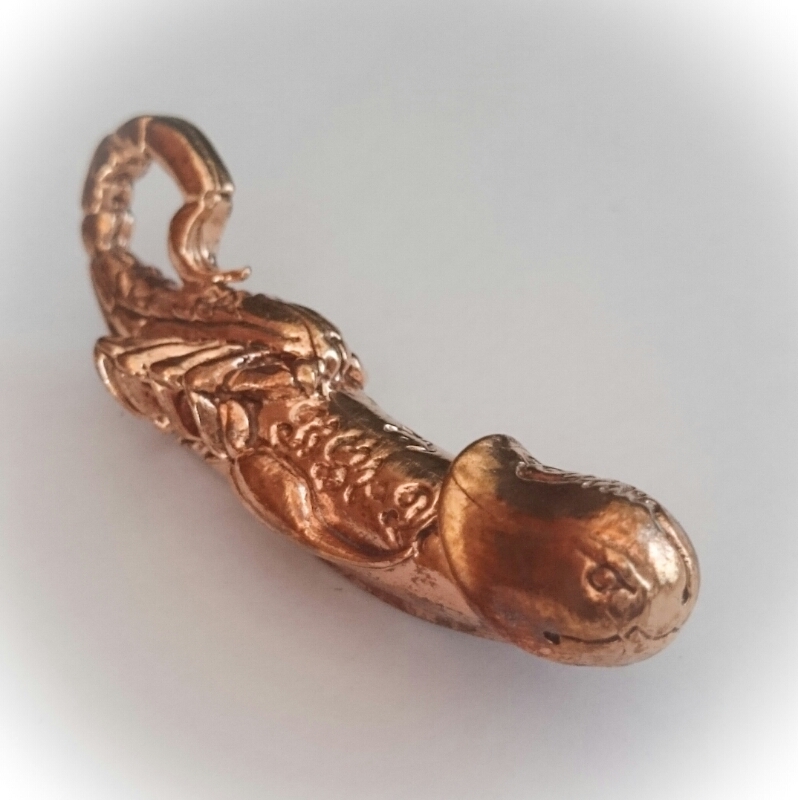 The Scorpion is poised with its tail in protective position, preventing theft or reduction of your wealth.  It is a majestic Scorpion which is perched upon a Phallic Paetch Payatorn Lingam. 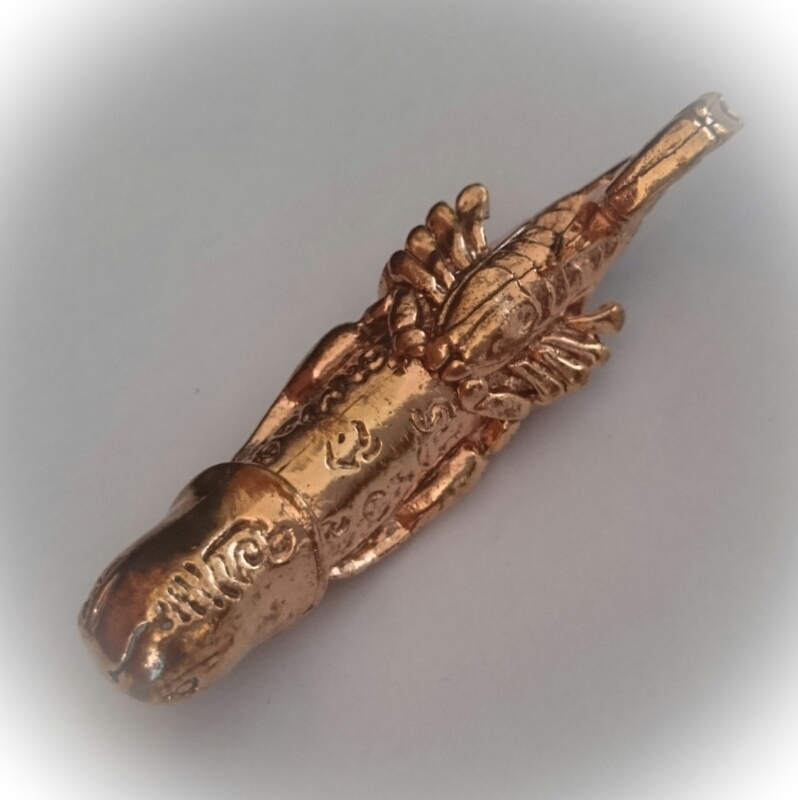 The flanks of the Palad are covered with ancient Khmer spells in Sacred Agkhara lettering, the Scorpion holds it tightly with its pincers, not letting your wealth and charm be stolen. The head of the Palad Lingam is that of a Snake, which has the properties of 'Kon Yoo Talord Wela' (always have something to eat and never go without). 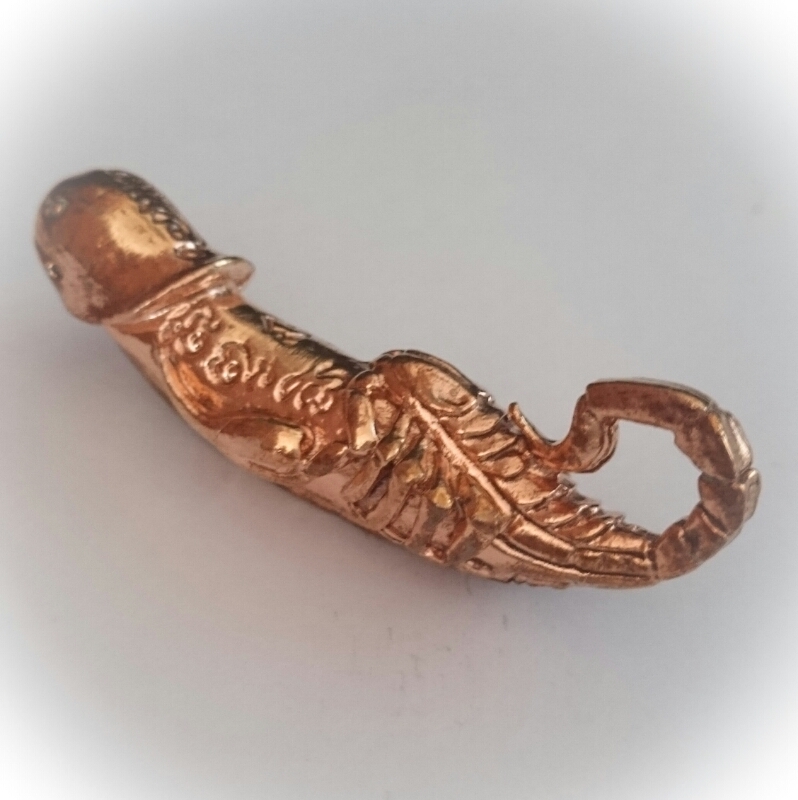 It is said that the snake must never run around much to find its source of sustenance (perhaps this is why it has no legs!), and that it waits until its prey walks into its arena of play. So it is with the immense Maha Sanaeh magic of this magical fusion which has been made and empowered under the most auspicious and powerful astrological alignments. Wealth attraction and Immense Charm and Libido.

Used by Businessmen, Love Charmers, those seeking a Husband or Wife, and those in Danger of being robbed. 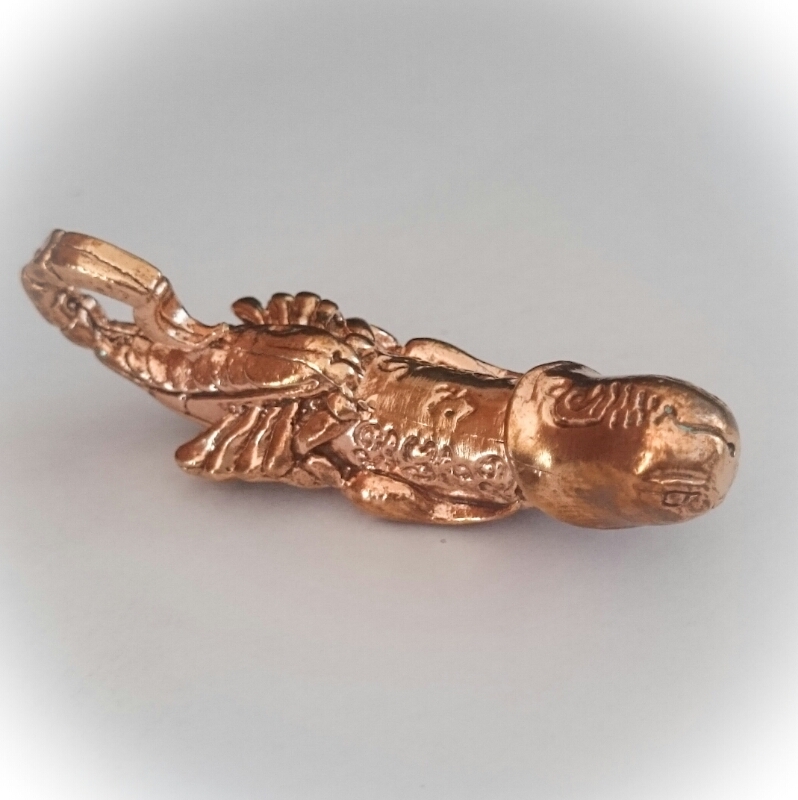 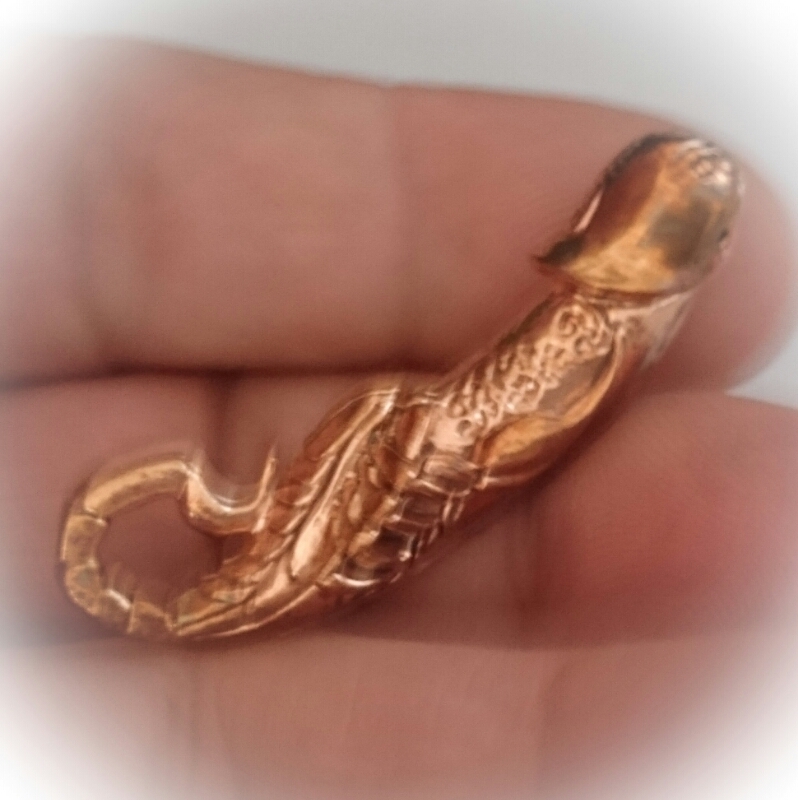