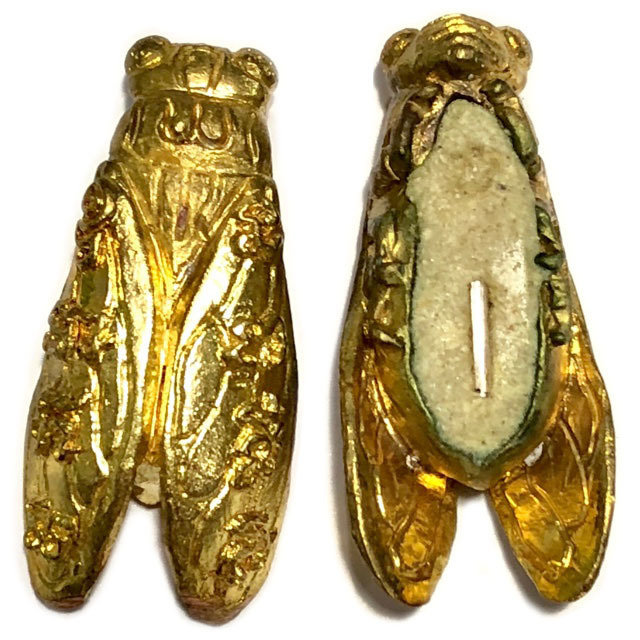 The Paya Wan jakkajan, or, 'Wan Dtor Ngern Dtor Tong', is seen by Thai people as a half vegetable, half Insect. Considered a Superior to all Insects in all its aspects, from the limbs, to the wings, everything about the Paya Wan Jakkajan seems to be Magical in Nature. A supernatural Being compared to the Miraculous 'Makkali Phon' which is a Femal Human form which grows on a tree, and comes to Life, told of in the Himapant Forest Legends.

It is classified as a 'Gaayasit' (Kaya Siddhi) Elemental with a Ruling Deva present, to watch over things. The Wan jakkajan has various Magical Qualities within it, including the Power to Increase Power and Status, Give Protection, Turn Luck in your Favor, Increase Popularity, and even Forewarn of Dangers or things to Pay Attention to (such as Lottery Numbers). 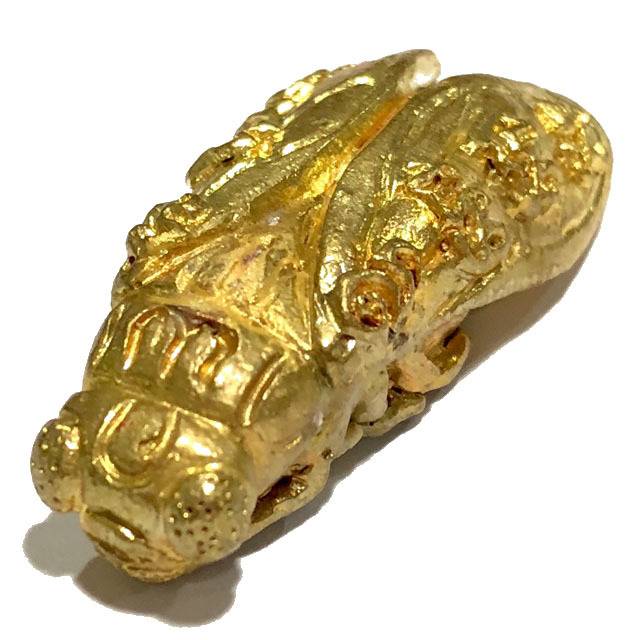 Wealth and Treasured Possessions (Maha Lap Maha Pokasap) are one of the most famed Blessings attributed to the Paya Wan Jakkajan, which is used by Thai People to induce more Commerce, Cashflow, Lucky Windfalls, and Influx of Wealth. 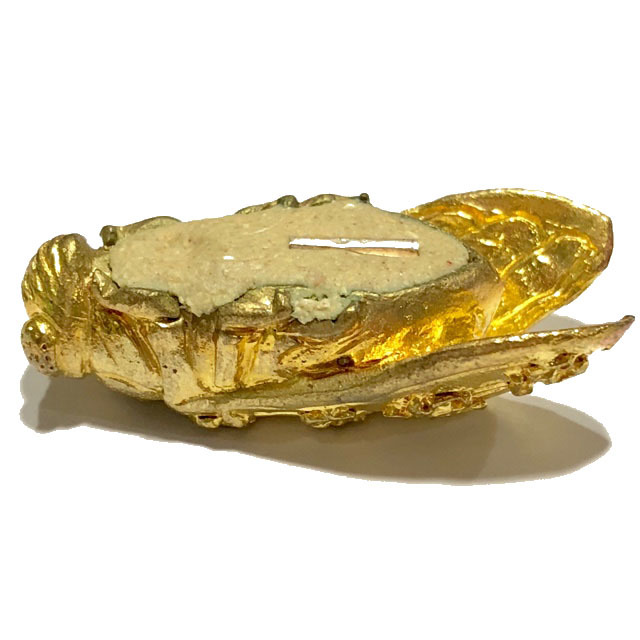 The amulets were made in 2 different versions, one sacred Powder and 2 Takrut Spells, and one in Sacred Metals, filled with Sacred Powder, and Takrut Spell. 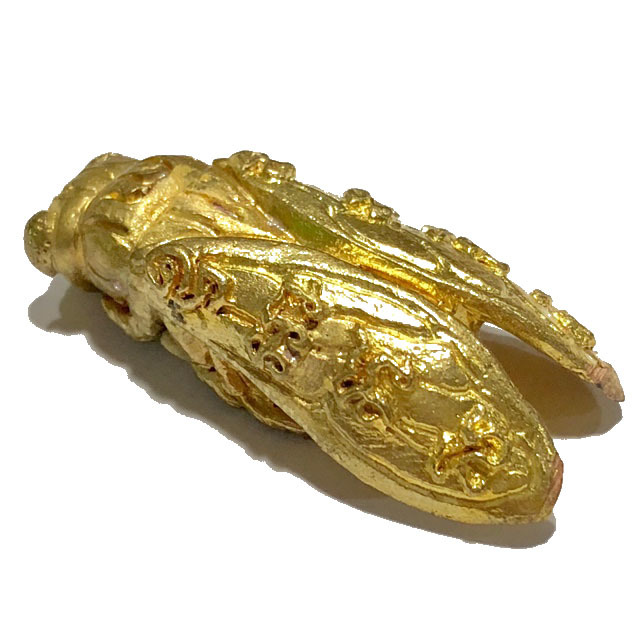 The bottom of the amulet has 2 Takrut, one silver, one gold. The powders are empowered with the Spells for the Heart Mantra Invocation of the Silver-Gold Dtor Ngern Dtor Tong Treasure Bee. The two Takrut consist of one Takrut Sariga Dtua Phu (Male Sariga Bird), and one Takrut Sariga Dtua Mia (Female Sariga Bird) for Lucky Fortunes. The Sacred Brass versions of the Paya Wan Jakkajan are filled with Pong Wan Maha Sethee, and have one Takrut Riak Sap, for calling and keeping hold of Great Treasures and Accumulated Possessions). 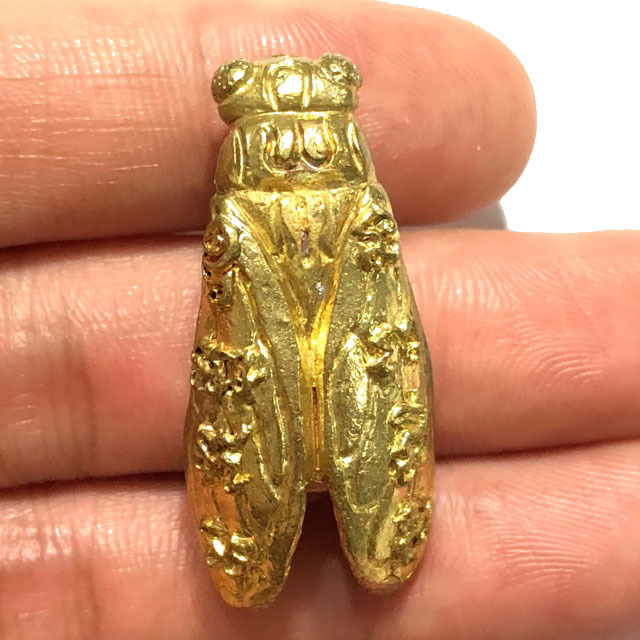 Luang Phu Jantr is a Master Gaeji Ajarn who has long been Famous for the Wicha Paya Wan Jakkajan/Dtor Ngern-Dtor Tong. because of the Rarity of the true Paya Wan Jakkajan, and the Success of the ones he had distributed to his Devotees, Luang Por Jantr has been constantly besseeched to make amulets with this Wicha, for the many people who seek this type of Pokasap magic and revere the Deva, but can not find a real example of this strange, seemingly half-insect half-plant Creature. 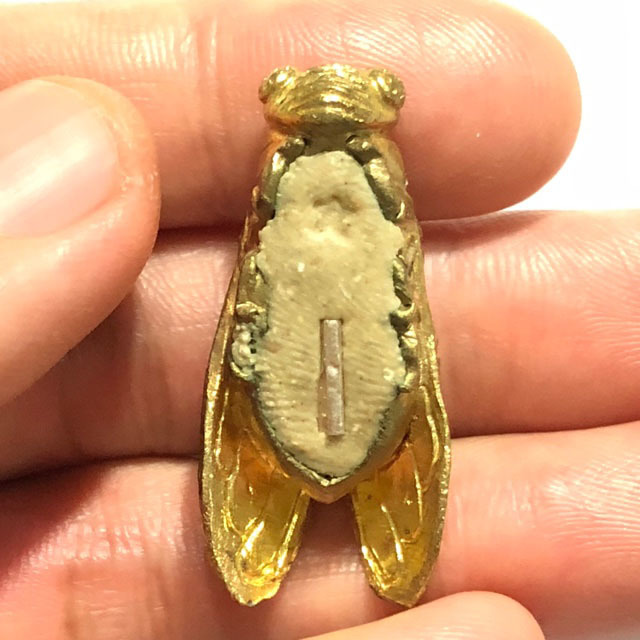 Luang Por took the Paya Wan Jakkajan which had not been selected and used already, that were small or not perfect looking to make into amulets, and used them as Muan Sarn for this series of two different models of Wan Jakkajan amulets, one model in Sacred Powder, and the Other in 'Nuea Tong Dork Buab' a Sacred Brass Alloy made from Yantra Foils and other sacred Metallic Chanuan Muan Sarn. The powdered Paya Wan Jakkajan were then mixed with 'Pong Rang Dtor' (powdered Giant Bee Hive), and a selection of the most powerful Maha Lap and Maha Pokasap Magic Herbs available to Luang Por. This mixture was then Empowered with various Spells and Enchantments, to become 'Pong Wan Maha Sethee' (Sacred Herbal Powder to increase Wealth of a Millionaire). Incantations of the Wicha Maha Jinda Manee Montr was also made for Immense Maha sanaeh and Pokasap Magic, Wicha Jinda Manee is a Wicha that is widely accepted as a Master Metta Mahaniyom Wicha that dates back to Vedic Times. 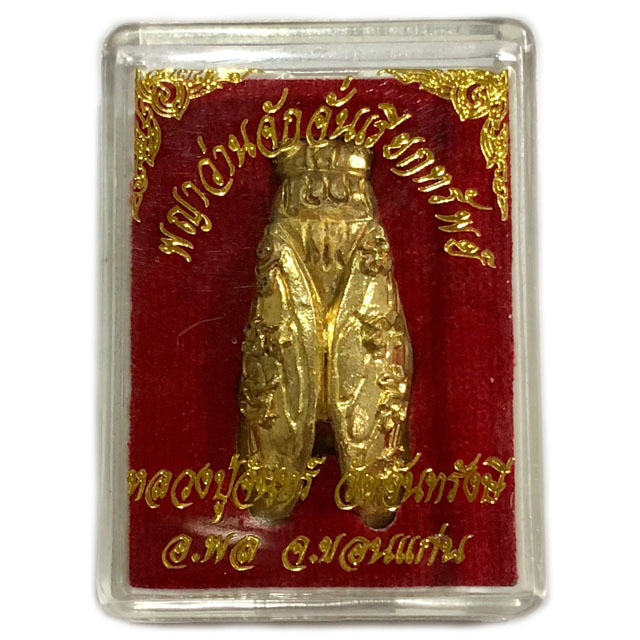 Comes with Original Box from the Temple - Can be Encased if Desired.

We hope Sincerely that you find Many Treasures with the Paya Wan Jakkajan/Dtor Ngern Dtor Tong, and that it brings you a Cornucopia of Wealth, Lucky Fortunes, and all the Fine Acquisitions and Luxururious Surroundings. Empowered using the Wicha Jinda Manee Montr, one of Our Personal Favorite Wicha for auspicious Wealthy Pokasap Blessings, which we believe to be one of the Truly Effective Wicha, which seem to work well, without too much extra effort on Behalf of the Devotee. 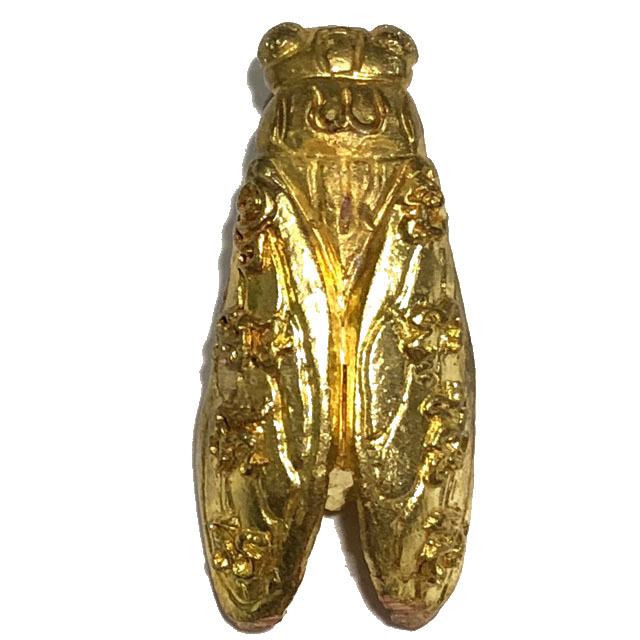 "The Paya wan Jakkajan is in Truth only a Cicada, that has been infected by a Cordyceps Parasite. However, it has been found that the Composition found within the Paya Wan jakkajan has definite Healing Qualities, and as to whether or not it has magical power to invoke wealth, is not changed by the fact that the true origins of the Cordyceps Cicada is now known (Paya Wan Jakkajan)
In fact, despite the fact that there is no Mystery as to how an Insect can seem to be half vegetabe anymore, the combination of circumstances remains a very authentic and powerful formula according to the Principle of Ancient Sorcery. Nothing changes the element of Power.
If a Geologist were to sacientifically define the atomic properties of Lek Lai for example, it would not change the fact that peole have witnessed and experienced endless miracles and miraculous events with Lek Lai. Scientifically cataloguing something does not streal the magic away.
Apart from this, if we consider how olden days people used cords to wrap the amulets and feel the powders against their skin, instead of sealed in waterproof or stainless steel casing, we can consider the medical and healing aspects of the Sacred Herbal ingredients of the powders, as being effective in healing or preventing illnesses, and other auspicious effects which the modern day amulet scene does not enjoy, due to aesthetics demanding a nice encasement instead of a rough cord wrapping, as in olden days. Cord wrapping is something i find available and wish to offer to customers, but have not yet found a reliable person who is always available. Once i do, i shall add this option for you to choose if you prefer the olden days rustical method of amulet wearing.
I believe the Paya Wan Jakkajan Powders or amulet possess healing powers, which is not stated in this amulet description from the Temple, but my experiences studies and personal involvement with Sorcery and Herbalism, indicates to me that the Paya Wan Jakkajan is indeed a very protective Health Maintainer"

Use Buddhist prayers to Increase the Power of the Blessings Emanating through the amulet, and to Clean the Heart of Obstacles and Impurities. Any of the Buddhist Kata included below Links can be used, or all of them.

Always Chant the Maha Namasakara 3 Times before any Kata for Amulets or Buddhist prayer Chanting. The Triple refuge (refuge in Buddha, Dhamma, Sangha) is also an Auspicious and Necessary Prequel. After Prayers are said, the Bot Phae Metta should be Chanted and the Heart should share Merits and Fruits of the Merits with all Beings with Compassion Present within the Heart.