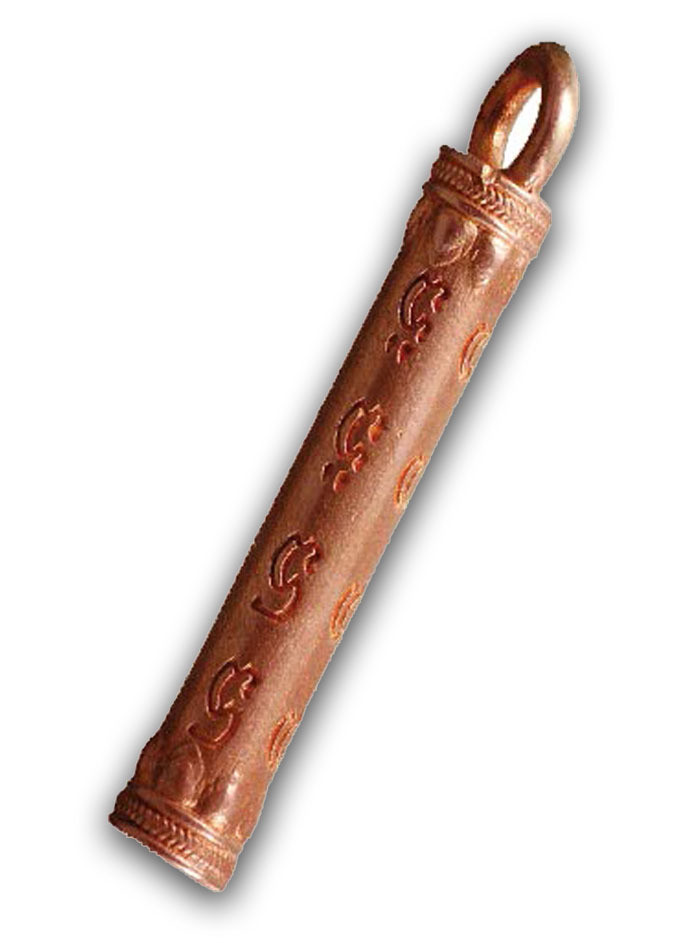 The Takrut Nang Ok Dtaek forbids those who fall under its Charm, from Forgetting the Owner of the Takrut. Love that knows no Boundaries.  The Takrut is cast from Sacred Metal Artifacts, Yantra Foils and 'Loha Aathan' (Iron Ore from Sacred and Powerful Places). The metals were smelted into one Sacred Alloy, cast into blocks, and given Inscriptions of Yantra and Khom Agkhara Lettering, and Empowered as 'Chanuan Muan Sarn', the base Sacred Substance for the Casting of the Takrut. This Amulet is a Unisex Love Charm, and can be used equaly well by Men, Women or Gay People. 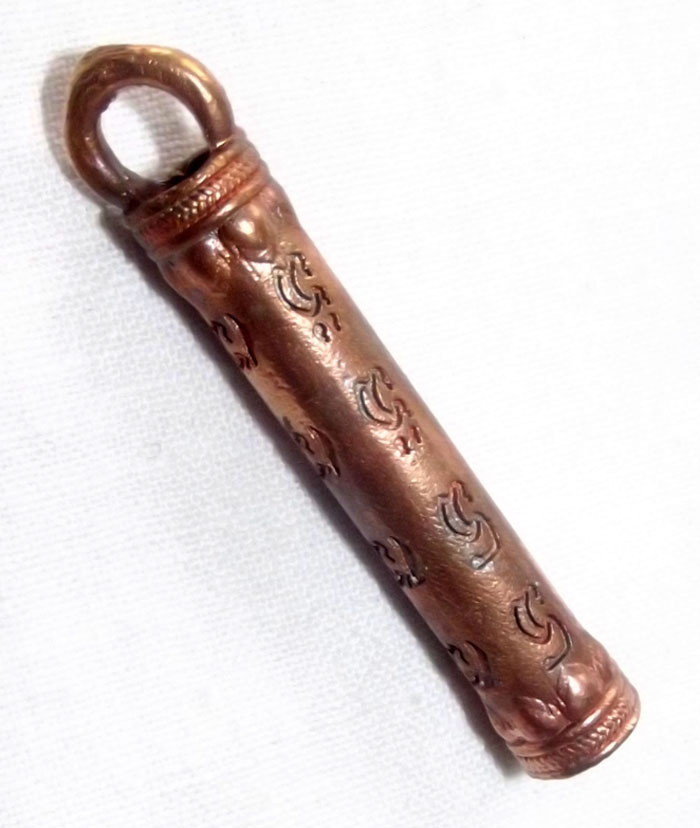 Incantations of the Wicha Maha Jinda Manee Montr was also made by Luang Por for Immense Maha sanaeh and Pokasap Magic, Wicha Jinda Manee is a Wicha that is widely accepted as a Master Metta Mahaniyom Wicha that dates back to Vedic Times. The Takrut were then given a Full Putta Pisek Blessing and Empowerment by Eight Great Masters, which was held at Wat Tham Tapian Tong in Lopburi, and was graced with the Presence of the Abbot of Wat Tham Tapiand Tong, Luang Por Tong Dam Intawaso, who assisted in the Empowerments.

The Takrut has the Khmer Agkhara lettering with the Kata Ma Ma Maa Maa Mi Mi Mii Mii (Calling to You), and the Sacred Yant Na Ok Dtaek heartbreaker yantra is Inscribed and Inserted inside the Takrut. 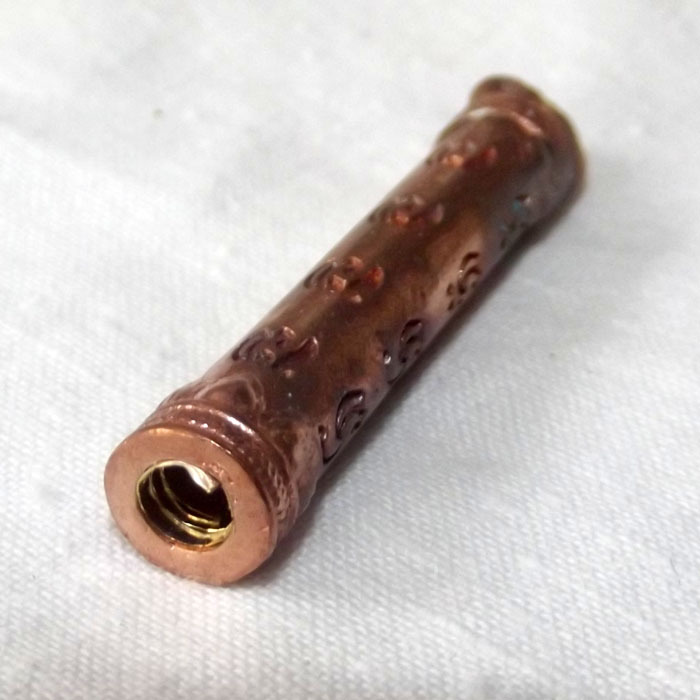 Use Buddhist prayers to Increase the Power of the Blessings Emanating through the  amulet, and to Clean the Heart of Obstacles and Impurities. Any of the Buddhist Kata included below Links can be used, or all of them. You can also use the Kata Inscribed upon the Takrut;

Always Chant the Maha Namasakara 3 Times before any Kata for Amulets or Buddhist prayer Chanting. The Triple refuge (refuge in Buddha, Dhamma, Sangha) is also an Auspicious and Necessary Prequel. After Prayers are said, the Bot Phae Metta should be Chanted and the Heart should share Merits and Fruits of the Merits with all Beings with Compassion Present within the Heart. 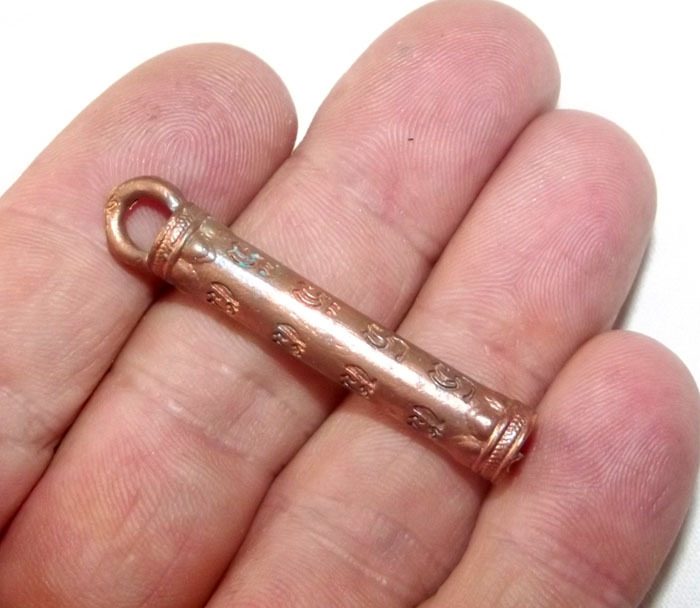 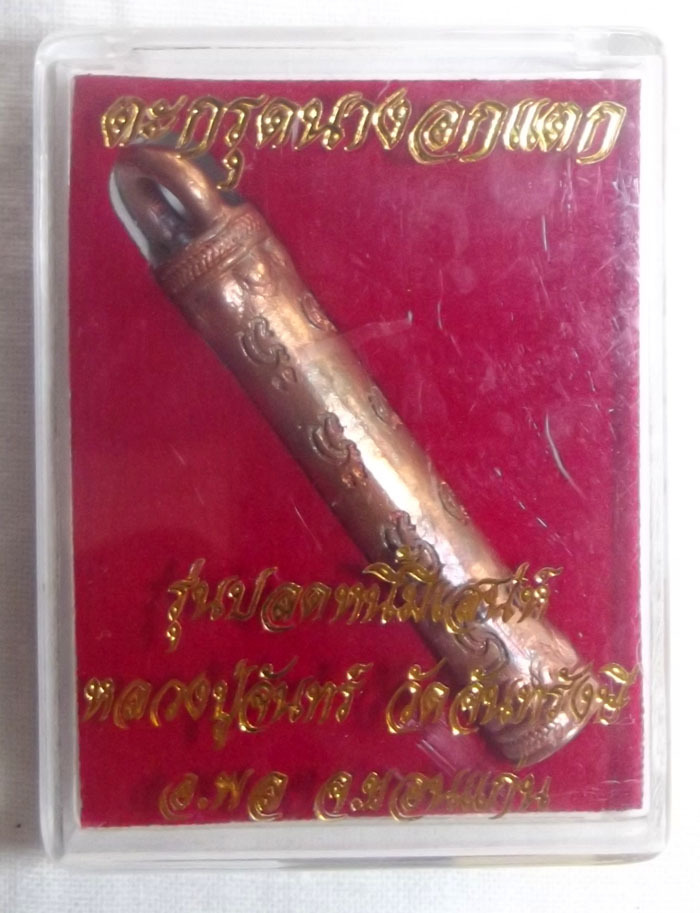 Amulet comes with Original Box from the Temple. The Takrut has a built in ring attachment, but can also be encased if you prefer.