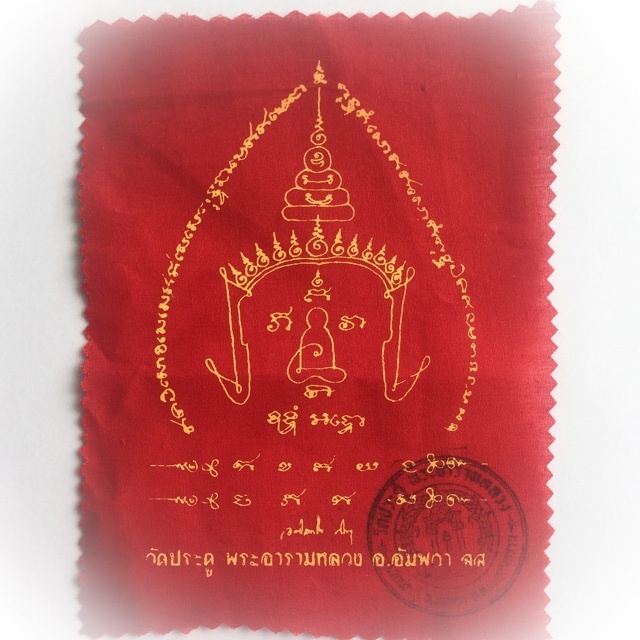 This particular Pha Yant is an extremely original and rare design to see anywhere at all, and is hence not only of great interest as a Sacred Magical Artifact with Authentic Magic Spells within it, but also for those who are appreciative of the Genre, out of Academic Interest in the Design of Sacred Yant.

This is a definite collector's 'wish-list' Yantra Cloth, but is first and foremost a Sacred and Magical Artifact. Be it purely for Reverence and Spiritual Assistance, or be it for collector-ship, or even for both reasons, this Sacred Yantra Cloth should always be kept in a high place, or if worn, above the waist, and should be treated with great respect and reverence. 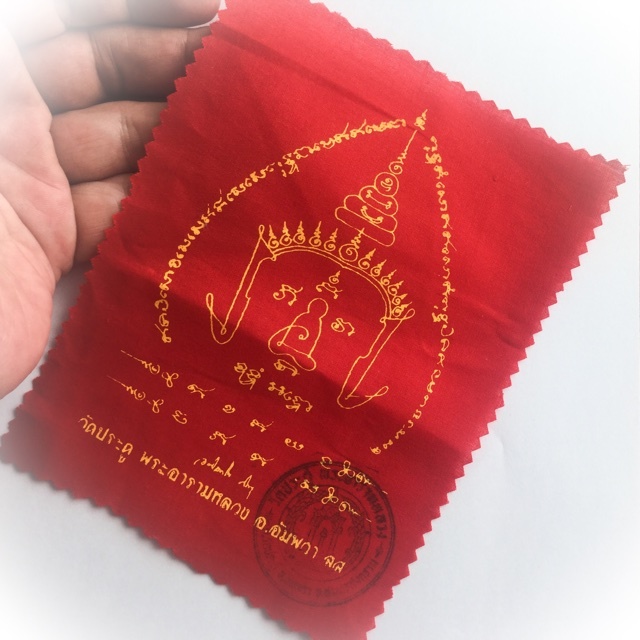 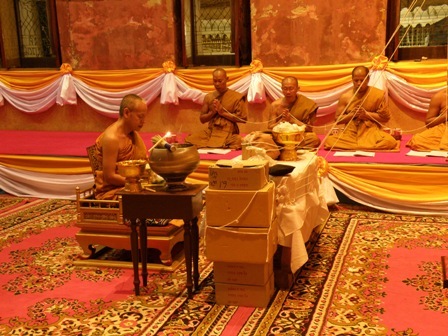 Luang Por Pra Maha Surasak is a highly revered monk, whose amulets are only released far and few between from his own temple. He is seen to be present on the most important Empowerment, and Buddha Abhiseka Ceremonies, around Thailand's Greatest Temples. He is popular with Devotees all around South-East Asia, in Hong Kong, Malaysia, Singapore, Taiwan, and Indonesia. 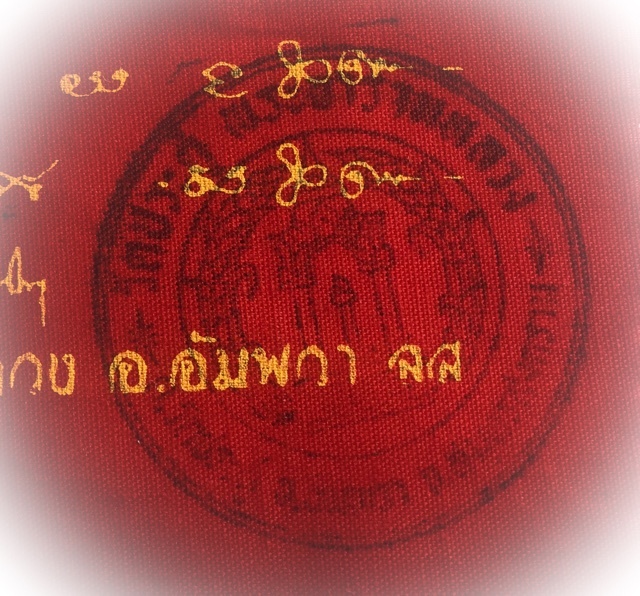 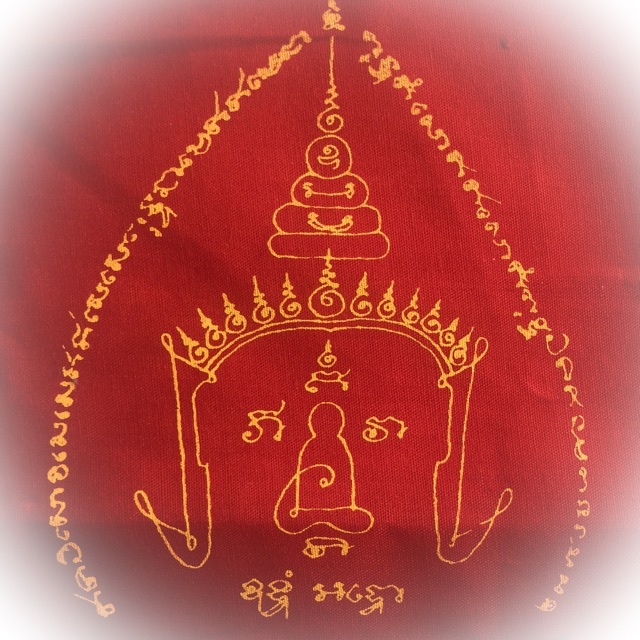 The center of the design is protagonised by an abstract series of Sacred Na, Unalome, and Khom Agkhara lettering to form the features of a face, with a Royal Krown (Mongkut) framing it. Above the Mongkut Crown, but still within the lotus petal shaped tapered aura (formed by Khom Agkhara spells), is an 'Ongk Pra' Yantra (Buddha Image). The Ongk Pra bears the three Khom Agkhara 'Ma - A - U' which means the Sangha, the Buddha, and the Dhamma. A spiralling Unalome extends above the Buddha's head.

A Sacred Na in the form of a Buddha, sits meditating in the center of the Crown, which also forms the nose of the face of the Buddha within the Crown. The four Khom Agkhara syllables 'Pa, Ka, Waa, Dti' are placed strategically around the central Buddha Yantra (which forms the nose of the larger Buddha face), to form what appear to be the eyes and the mouth of the Buddha face within the Crown.

'Pa + Waa' form the eyes, 'Ka' forms the third eye (along with an Unalome), and 'Dti' forms the mouth. 'Pa Ka Waa Dti', means something like 'Rightly Self Enlightened and Full of Merit', and is often used when referring to the Buddha. 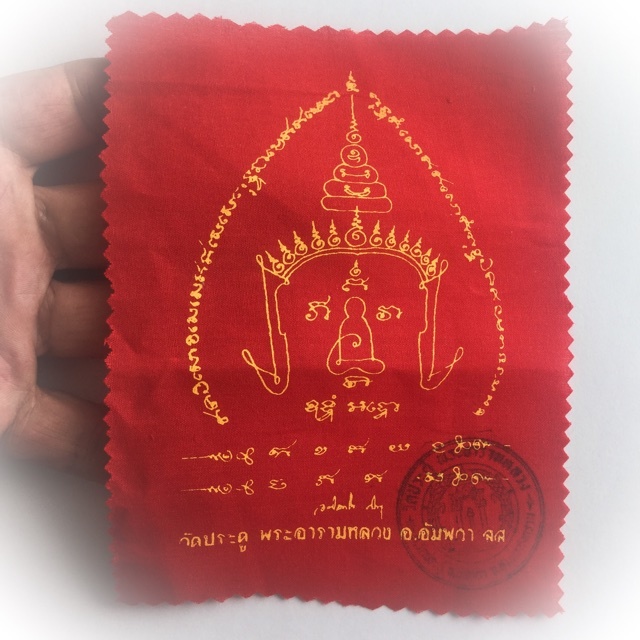 
The above Kata can be chanted 1, 3, 5, 9 or 108 Times, or one time more than your age in Years (e.g. if you are 25, then chant it 26 Times). For those persons who have the Yant Mongkut Pra Putta Jao Buddha's Crown Yantra Tattooed as a Sak Yant Tattoo, the above Kata is also the Correct Kata to use for Invoking the Power of your Sak yant Tattoos

You can also and indeed should use the Kata Aaraatanaa Pra Krueang, which is available to study in the above Thailand Amulets YouTube Channel video, to beseech blessings from this Pha Yant.

The above mp4 Kata Tutorial for Yant Mongkut Pra Putta Jao (Buddha's Crown Yantra), is included for download after purchase of this Yantra Cloth. Just Sign In to your Account Settings Orders Page after making the purchase to download. The below Video Tutorial has Subtitles (Karaoke Style Phonetics) too for practicing.