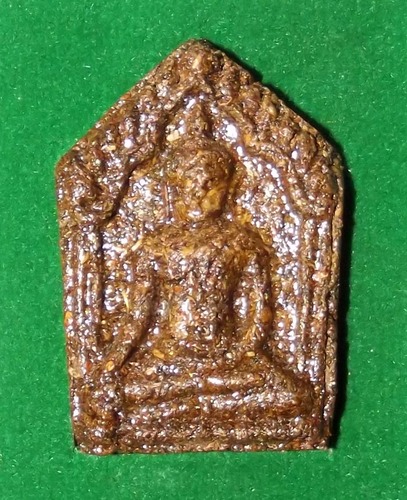 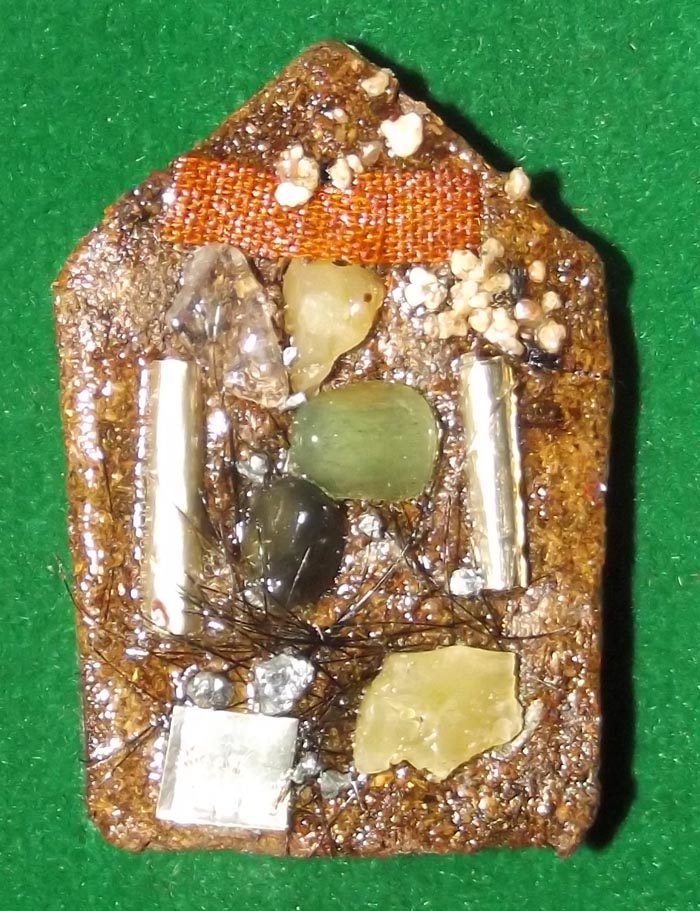 This edition of Fine Quality Muan Sarn Master Piece Amulets from Luang Por Pramote were made to raise funds to build a large Pra Pikanes (Ganesha) statue called 'Pikanes Pang Boroma Sukh' at the temple of Wat Khao Changum in Ratchaburi. 'Pang Boroma Such' means 'Regal Pleasures and Comforts', and is the posture of Ganesha enjoying all the luxuries and pleasures of Life. 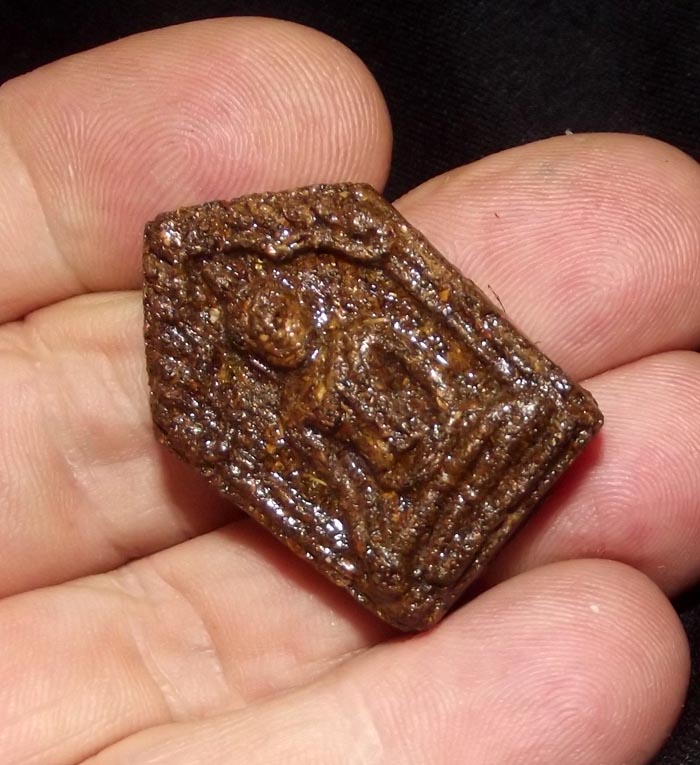 Pra Pikanes was invited to attend and bestow his blessings and Mental Presence on the amulets, in a long and powerful Maha Taewa Pisek ceremony in 2553 BE at Wat Khao Changum. The Spirit of Pra Khun Phaen was previously Invoked and instilled within the Amulets. 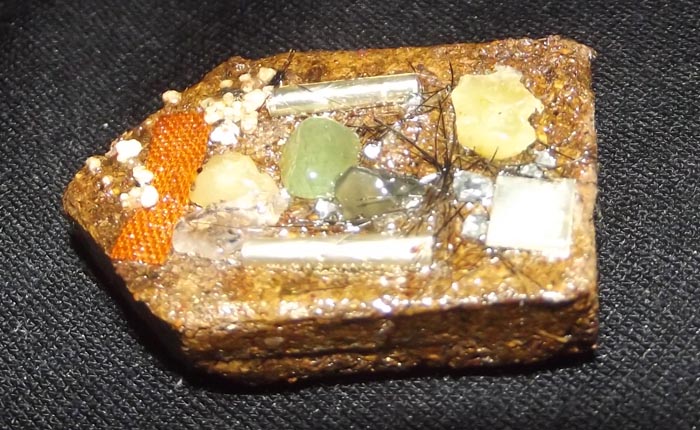 These Special Limited edition Khun Phaen are composed of 108 Rare Magical Sacred ingredients which Luang Por Pramote has been saving up for over 20 years, and empowering throughout this time. One of the Special Sacred Ingredients which stand out above others is the addition of 'Prataat Sivali' - Pra Sivali Arahant Relics.

The edition included some Excquisitely designed Pra Pikanes Boroma Sukh statues in various Materials, Ganesh amulets and  of course these Special Lockets, Pha Yant,  a range of three different Khun Phaen amulets, and some Takrut. The small, subtle looking but powerful Khun Phaen amulets of this edition recieved great success not only with Men but also with Women, its small size being perfect for Ladies to wear, and its auspicious Aura of Metta is a powerful tool for successful profession, to charm, convince, and recieve the preference of your peers and superiors. 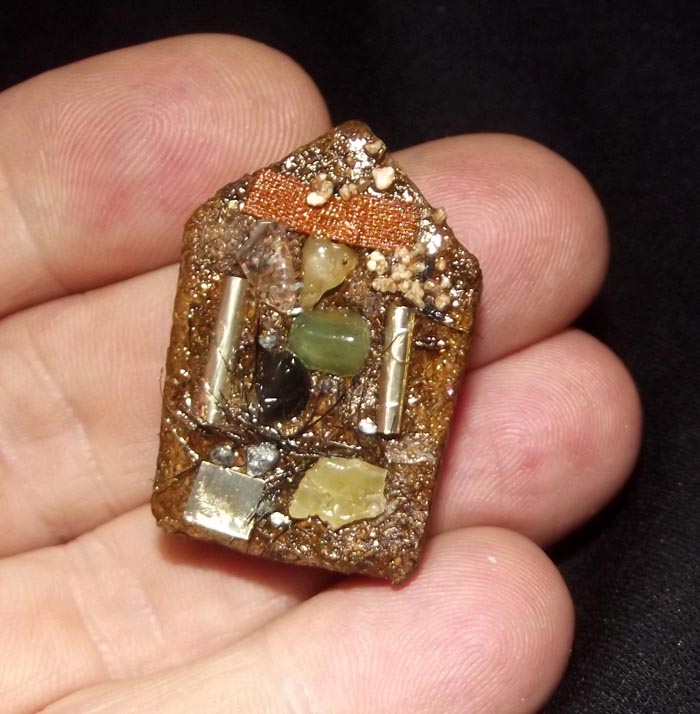 The rear face of this 'Ongk Kroo' Masterpiece Amulet is stuffed full of Sacred Relics and Magical Substances, to empower the amulet with immense Metta. The whole amulet surface literally shines with the high quantity of rich Metta oils within the Sacred Muan Sarn.

This Particular Invocation of Pra Pikanes was considered so Important and Authentic that even the Thai Hindu Community shoed immense interest in Bucha for this series of amulets and Pikanes statues - which can be noted by the pictures of the installation and consecration of one of these images at the India Emporium with true Brahman Ceremony below.

Luang Por Pramote is considered to be a very Pure and well postured monk with Great Metta. His amulets are made only when mecessity calls, and only ever in small numbers. His amulets are amongst the most Beautiful and Sought after Amulets of the Persent Era. 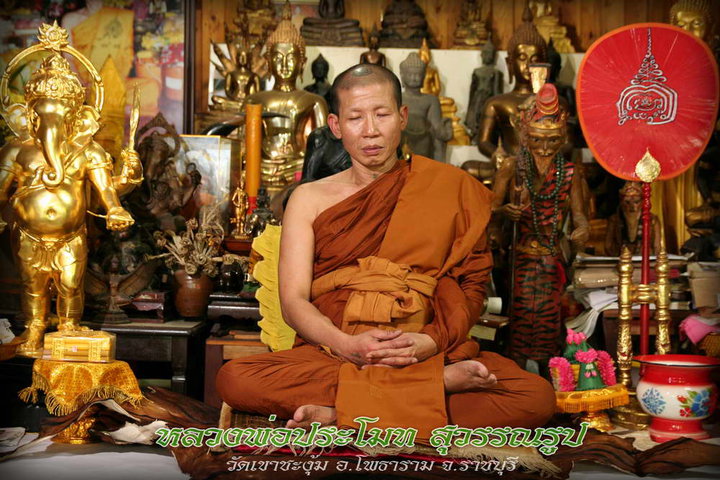 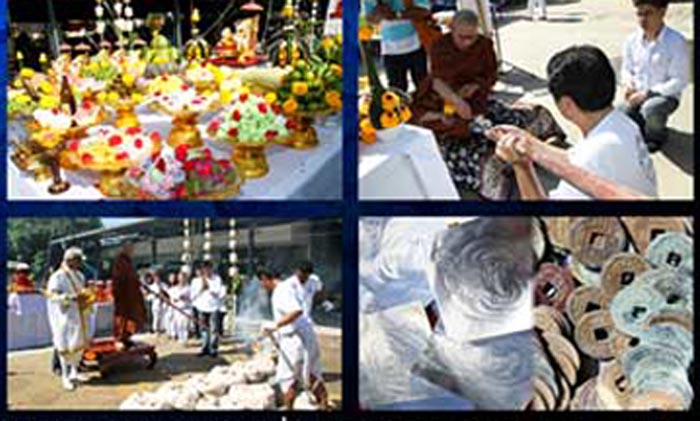 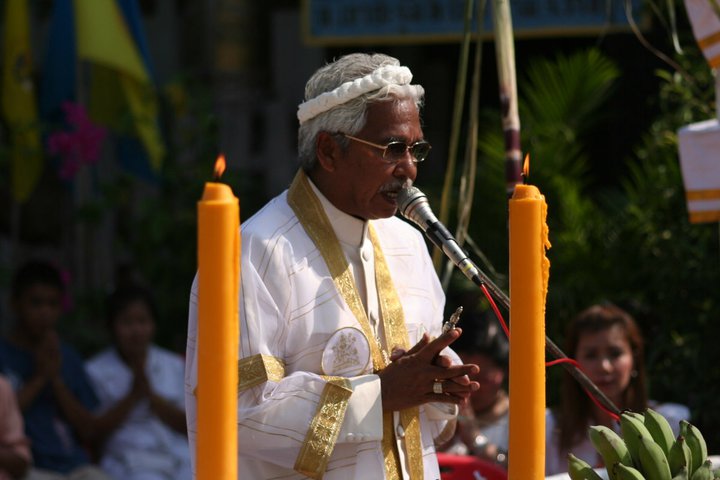 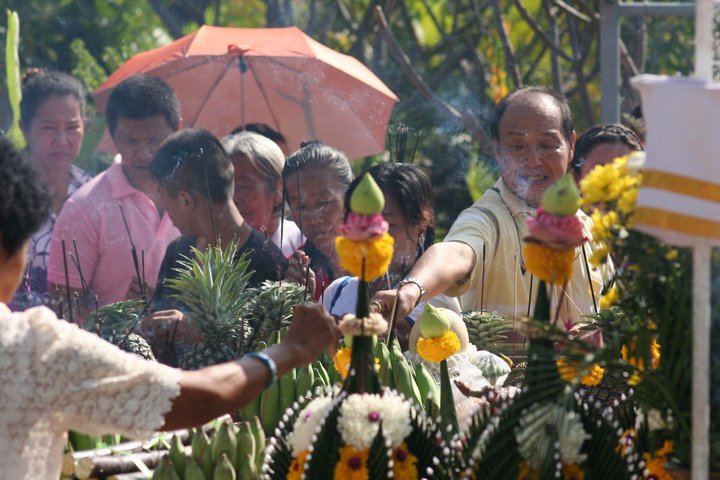 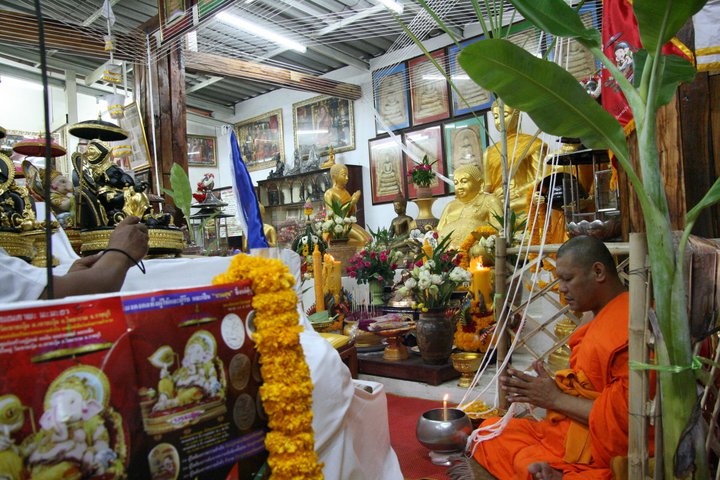 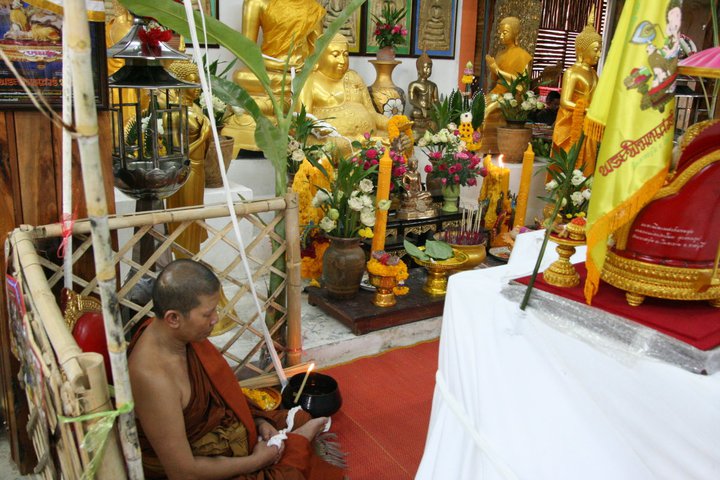 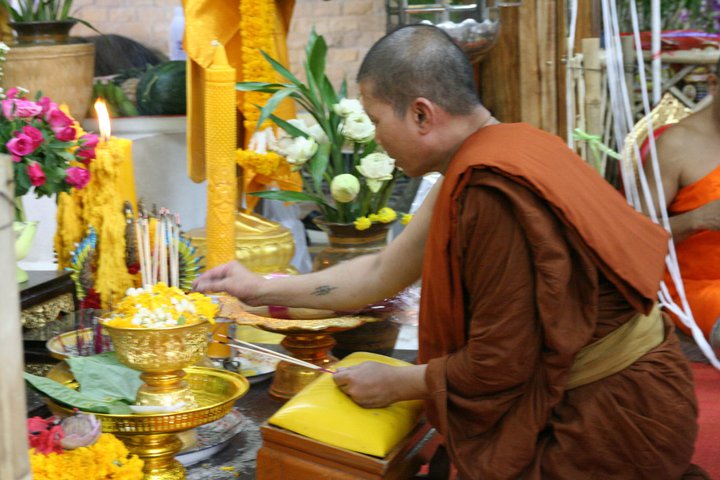 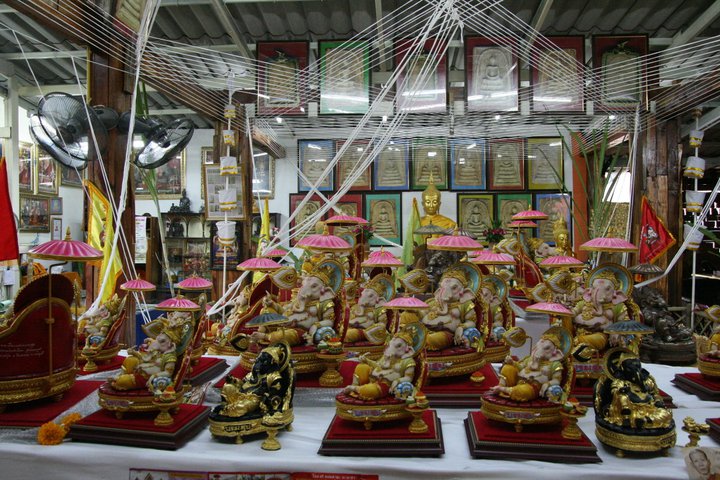