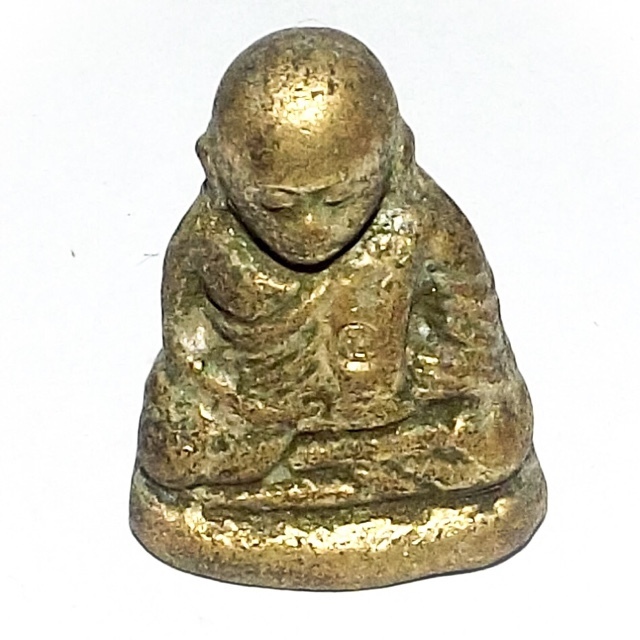 The amulets were the last ever made by Luang Por Prueang before his passing, and are an extremely rare edition to find, especially because of the small numbers made, and the fact that they were made at Wat Ban Klan and blessed by the great Abbot Luang Por Prueang. 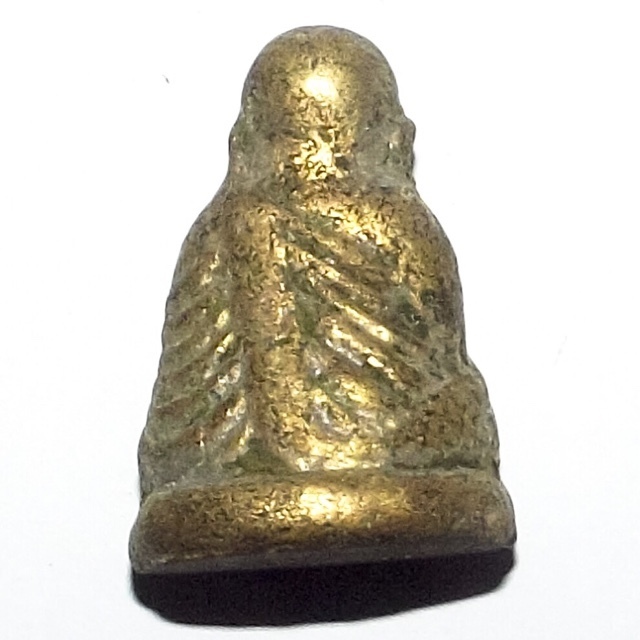 The Loi Ongk Statuettes are made from Nuea Chanuan Gao (old Luang Por Ngern amulets and ancient artifacts, and Yantra foils), and were blessed in 2528 BE at Wat Bang Klan. 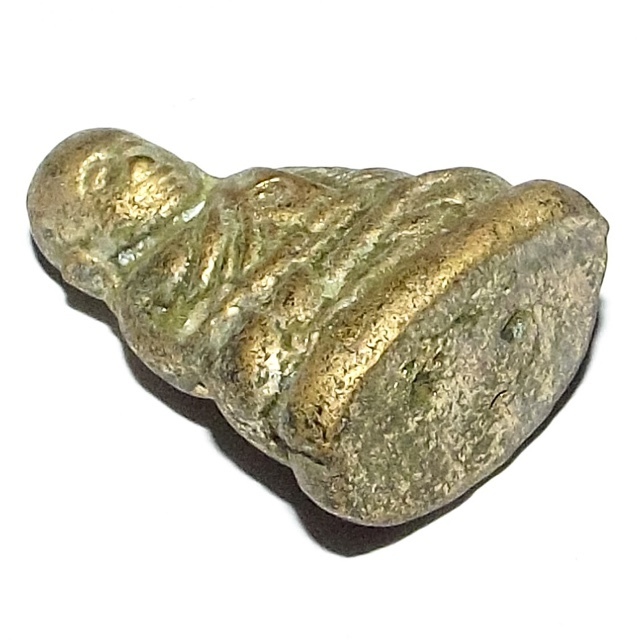 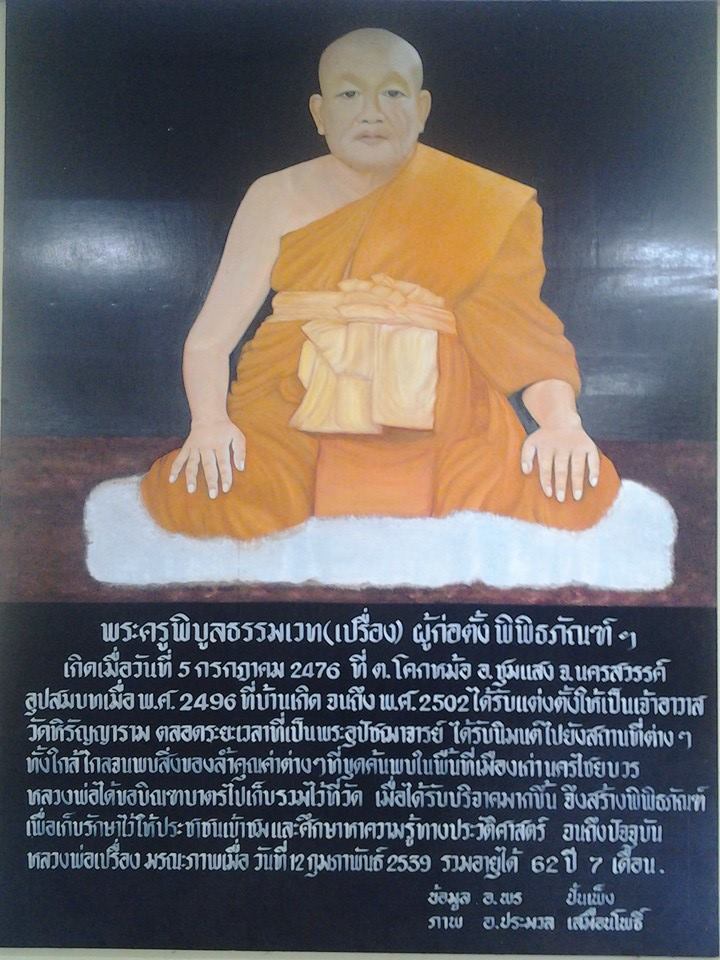 Luang Por Prueang remained Abbot for a period of 37 years until his passing in 2539 BE, leaving this edition as his very last before he passed away. 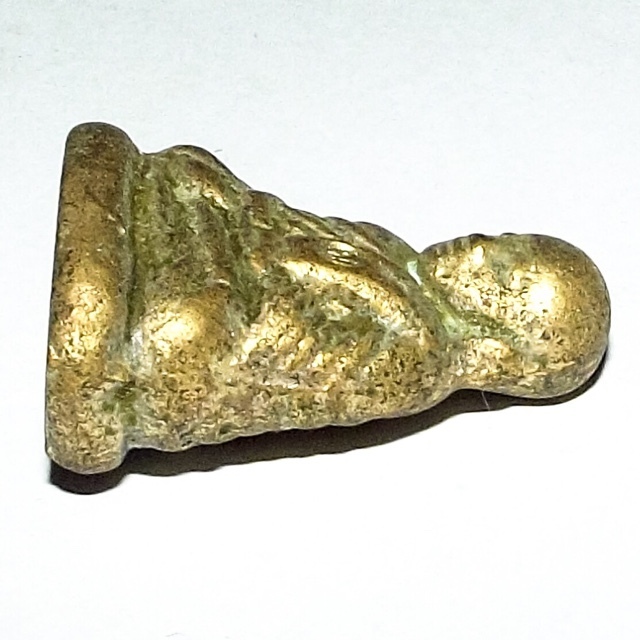 The amulet is cast in the traditional style of Luang Por Ngern statuettes, using the ancient methods, and has an extremely attractive surface texture that has come to be a point of recognition with this edition, with hits porous effect. The Civara Sangkati robe of the amulet has the Thai letter "ป" for เปรือง (Prueang) stamped as authenticity code, marking this edition. 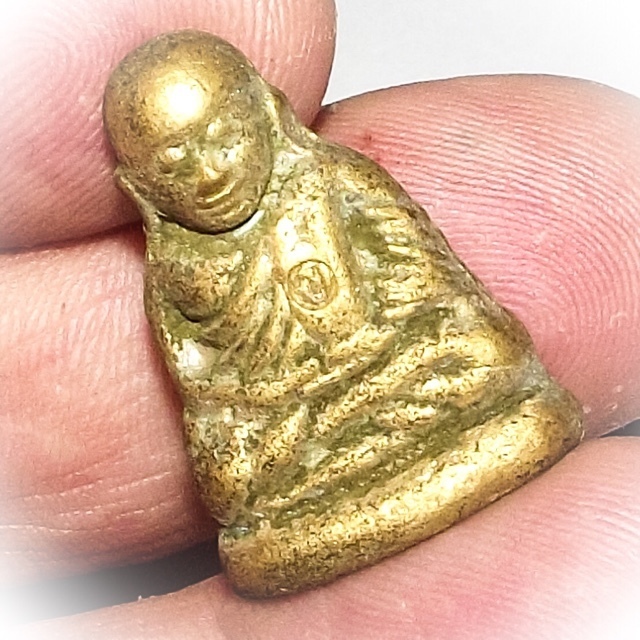 This edition is now a classic within the Dtamra of Pra Luang Por Ngern amulets of Wat Bang Klan, and can be expected to become an immense rarity as time passes, being already an extremely rare amulet, and a highly preferred edition with Devotees of Wat bang Klan. Most of the amulets were almost instantly snapped up during the ceremony in 2528 BE, by the devotees at the temple. 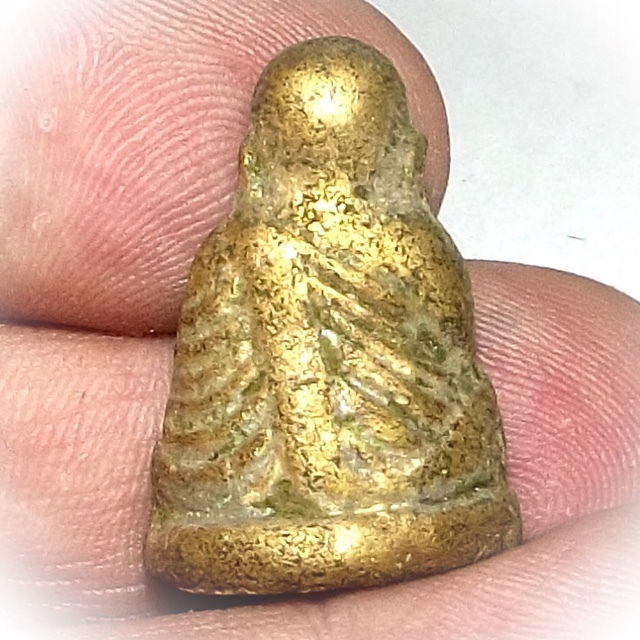 Luang Por Ngern amulets are known for their power of Klaew Klaad Evasion of Deadly Dangers, and Maha Lap Maha Pokasap Lucky Fortunes for Wealth Increase. Pra Luang Por Ngern Thai Buddha Amulet is One of Thailands most famous Sacred Amulets, from one of The Greatest Monks in Thai History (Luang Por Ngern, of Wat Ban Klan). The reason why the original Pra Luang Por Ngern became so highly sought after and worshipped, was directly due to the experiences of those who wore them, and saw miraculous results. 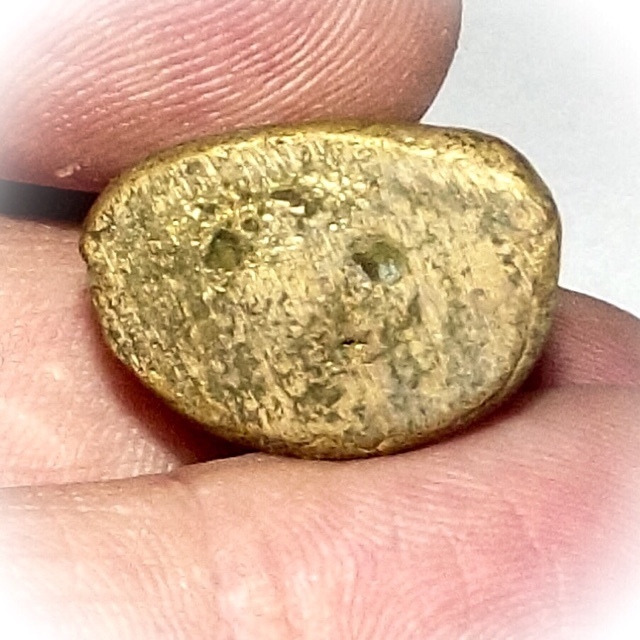 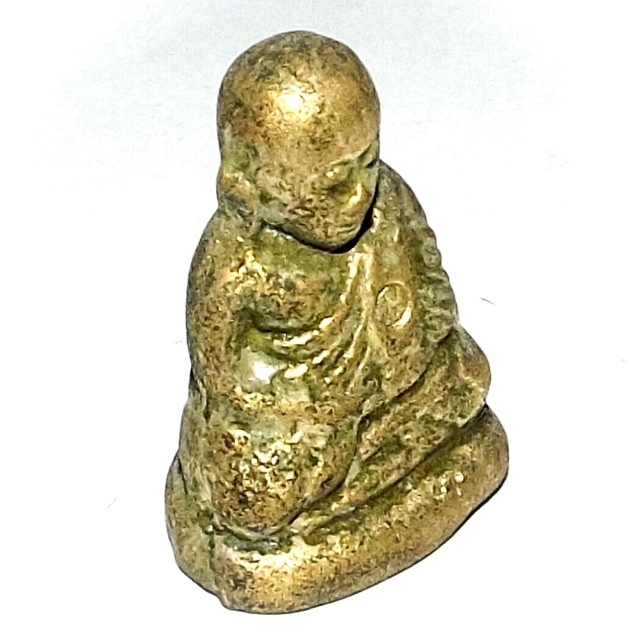 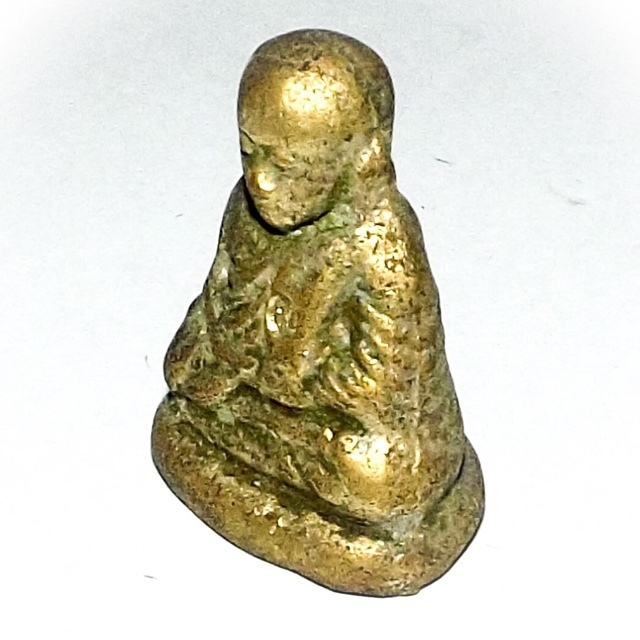 For these reasons, they can also be considered a very well made investment for both their sacred power, as well as for the fact that every single edition increases in monetary value at a continuous rate with the passage of time. It is impossible for a Luang Por Ngern amulet to decrease in value, or status. 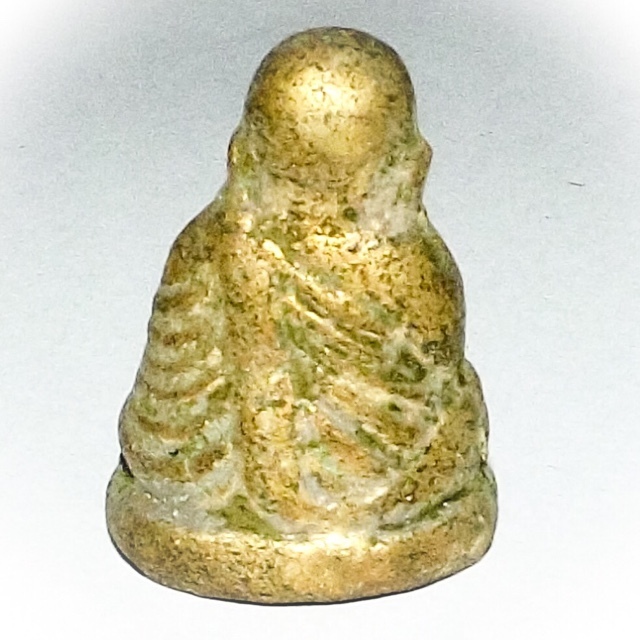 Luang Por Ngern is one of Thailand’s Top ten Most Revered Buddha-Monk Images, for whom the Blessings of Riches and Protection are the most Highly Reputed for their Miraculous Power. 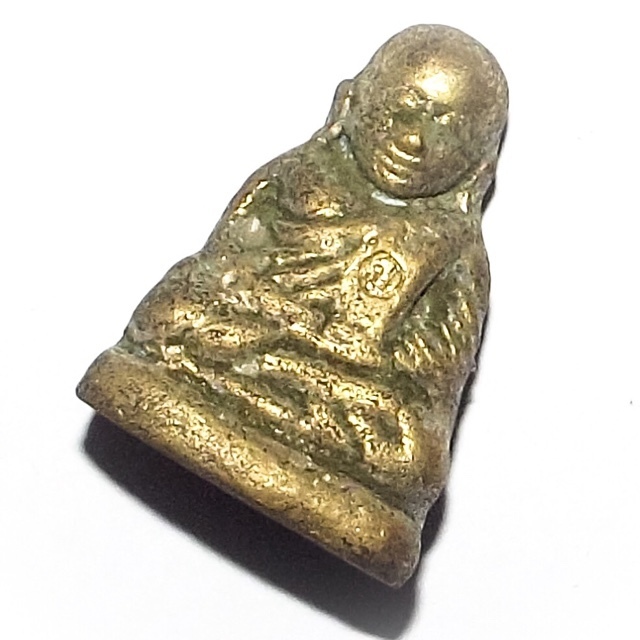 Perform Bucha to Luang Por Ngern on Tuesdays, Thursdays and Fridays. Offer Lotus or Jasmine flowers (9 flowers), three rolls of Areca Nut with Betel leaf – place on a tray along with 9 Incense sticks, one pair of candles. Place them in front of Luang Por Ngern, and Pray for the Protection and Help of Luang Por Ngern, to Prevent enemies from Harming, Avoid Accidents, and to Increase Good Business and Wealthy Fortunes. The Magical Effect of Wealth Increase is one of the Famous Aspects of the Many Blessings that come from Revering Luang Por Ngern of Wat Bang Klan, the Miraculous Image that has been the source of many stories of Miraculous Events, that have happened with a great many different editions of Luang Por Ngern amulets from a number of Masters. The special Magic of Luang Por Ngern makes the effects work regardless of the Temple or Master who creates the amulet, for it is believed, that the Image of Luang Por Ngern has Special Magic in itself. 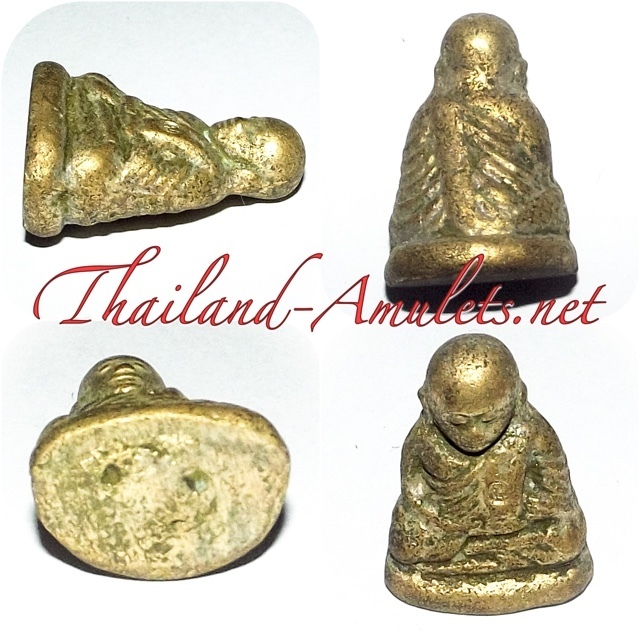 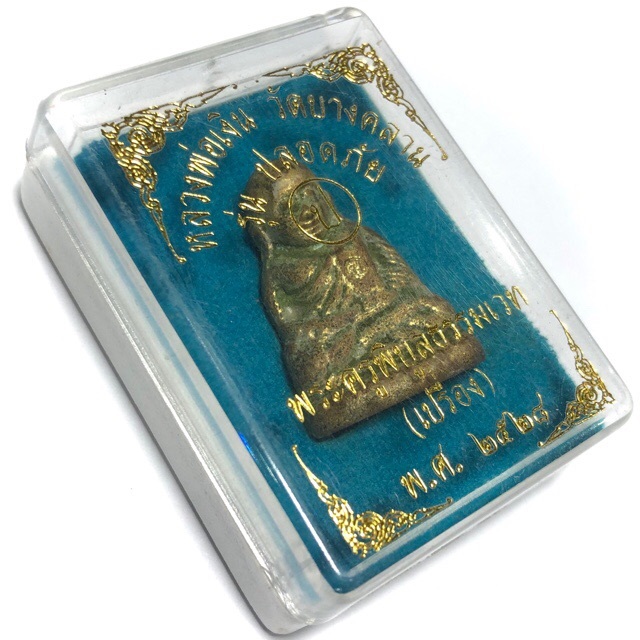