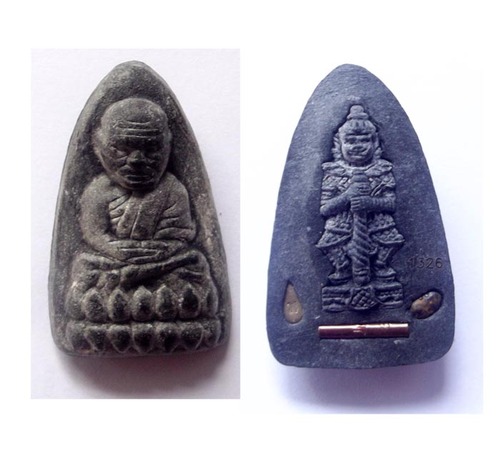 Made from the finest most Excellent Puttakun Powders, and black Kakyayaks Earths - Now famous edition only a short time after its release, the Luang Por Tuad image is outstanding for the presence of a Taw Waes Suwan Image, Takrut and Sacred inserts in the back face. Part of its instant attraction, and also part of what leaves the knowing eye with instant surety of the fine quality and Sacred Value of the powder ingredients is the massive presence of Pong Puttakun (Sacred Powder) which has risen to the surface of the amulet and is overflowingly visible in its richness of concentration. The Pra Luang Por Tuad series of this Edition was made in various Pim, which can be seen in the brochure documentation for this edition at the bottom of this post.

If there is a Thai Amulet that is Famous for 'Klaew Klaad' (Evasive Magic) Power, it is for sure 'Pra Luang Por Tuad - Hyiab Nam Tale Jerd' (Luang Phu Tuad stepping on the Sea and Transforming the Water to become Sweet Water). The Luang Por Tuad Amulet, especially the 'Pim Tao Reed' triangular shape amulet is of Legendary and International Cult Status, with a mass of Miracle Tales and News stories documenting the Tales of Luang Por Tuad's Power, and the Power of his amulets.Blessed on 10th February 2554 BE (2011), at Wat Palanupap in Pattani. 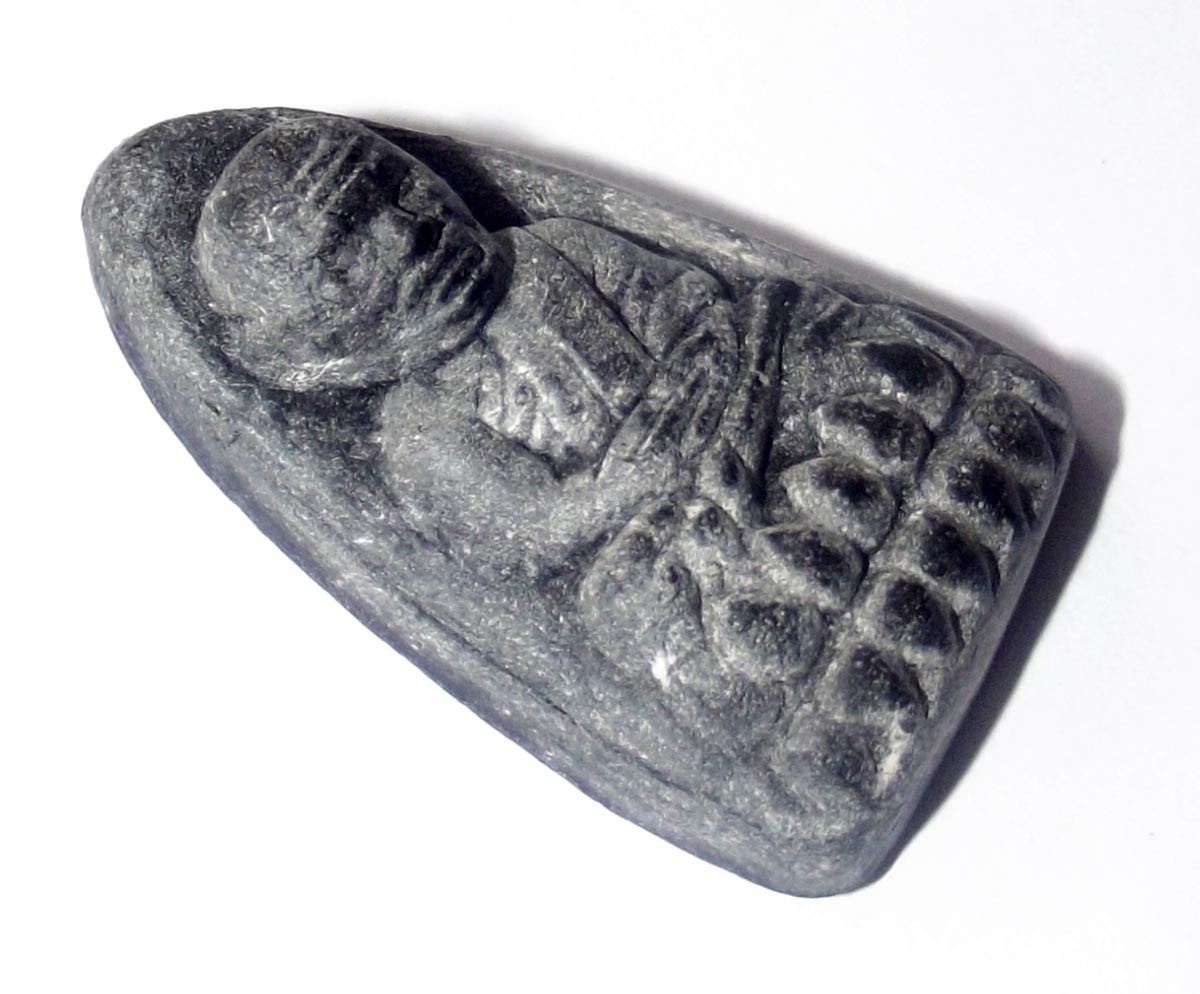 Luang Por Tuad was an Ariya Sangha of the Ayuttaya Period, who was the source of Great reverence for Thai People of that Time all over the Country, not only in his Southern Home Provinces. 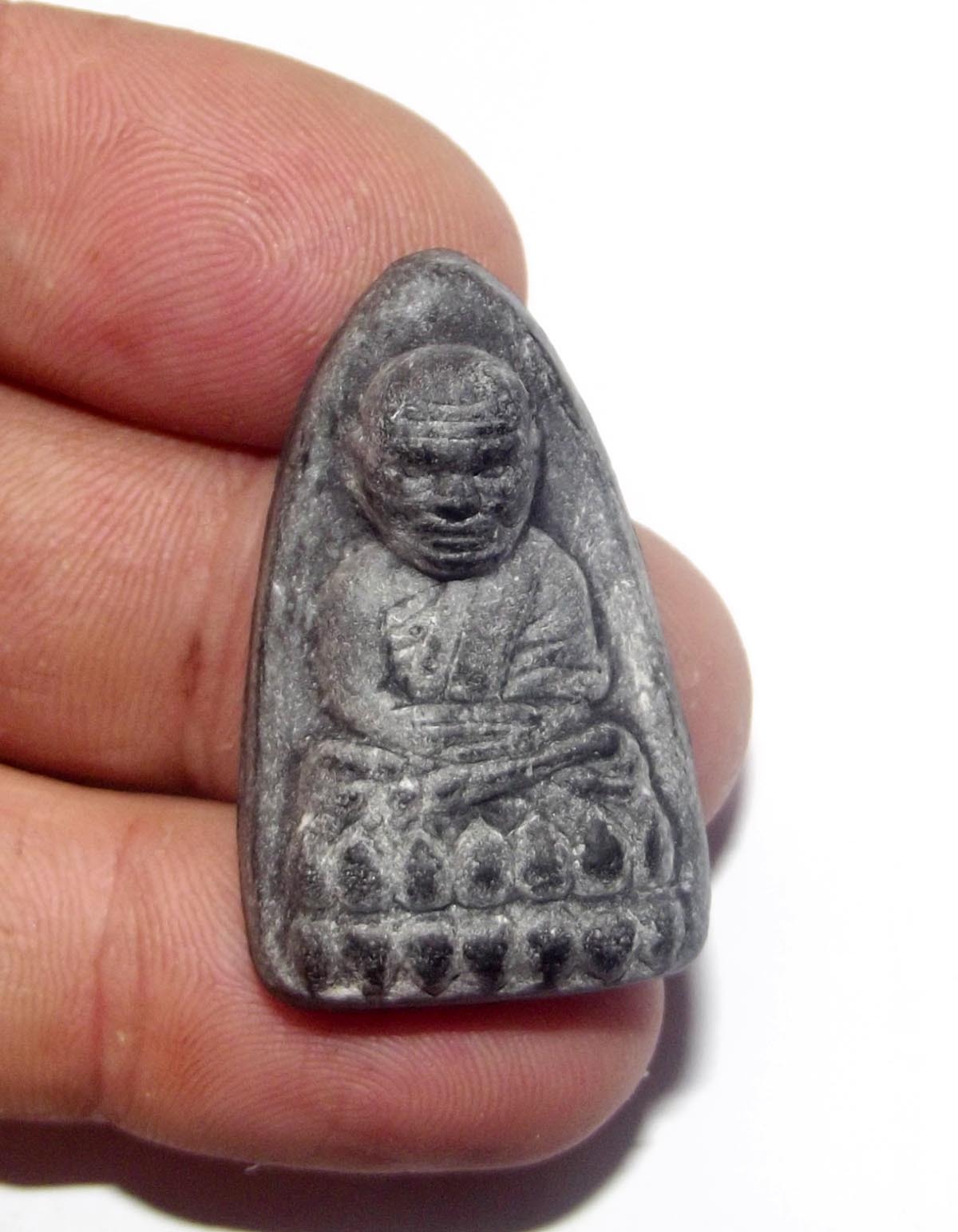 The past experience over the decades, and the great Faith of Thai Devotees in the Powerful Blessings of Luang Por Tuad, and the Power contained within his Image, has converted all Luang Ppor Tuad amulets, be they from WatChang Hai or any of the other Numerous Temple which have a History of LP Tuad amulet making, in one of Thailands most Sacred Amulets of all Time. Pra Luang Por Tuad is the Ultimate Safety Amulet, with Klaew Klaad and Kong Grapan Powers - the special mix of Puttakun Powders and Kakyayaks Earths makes this a powerful mix of Klaew Klaad (from the Puttakun Powders) and Kong Grapan (from the Kakyayaks Earth) within the sacred Ingredients (Muan Sarn) of the amulets. 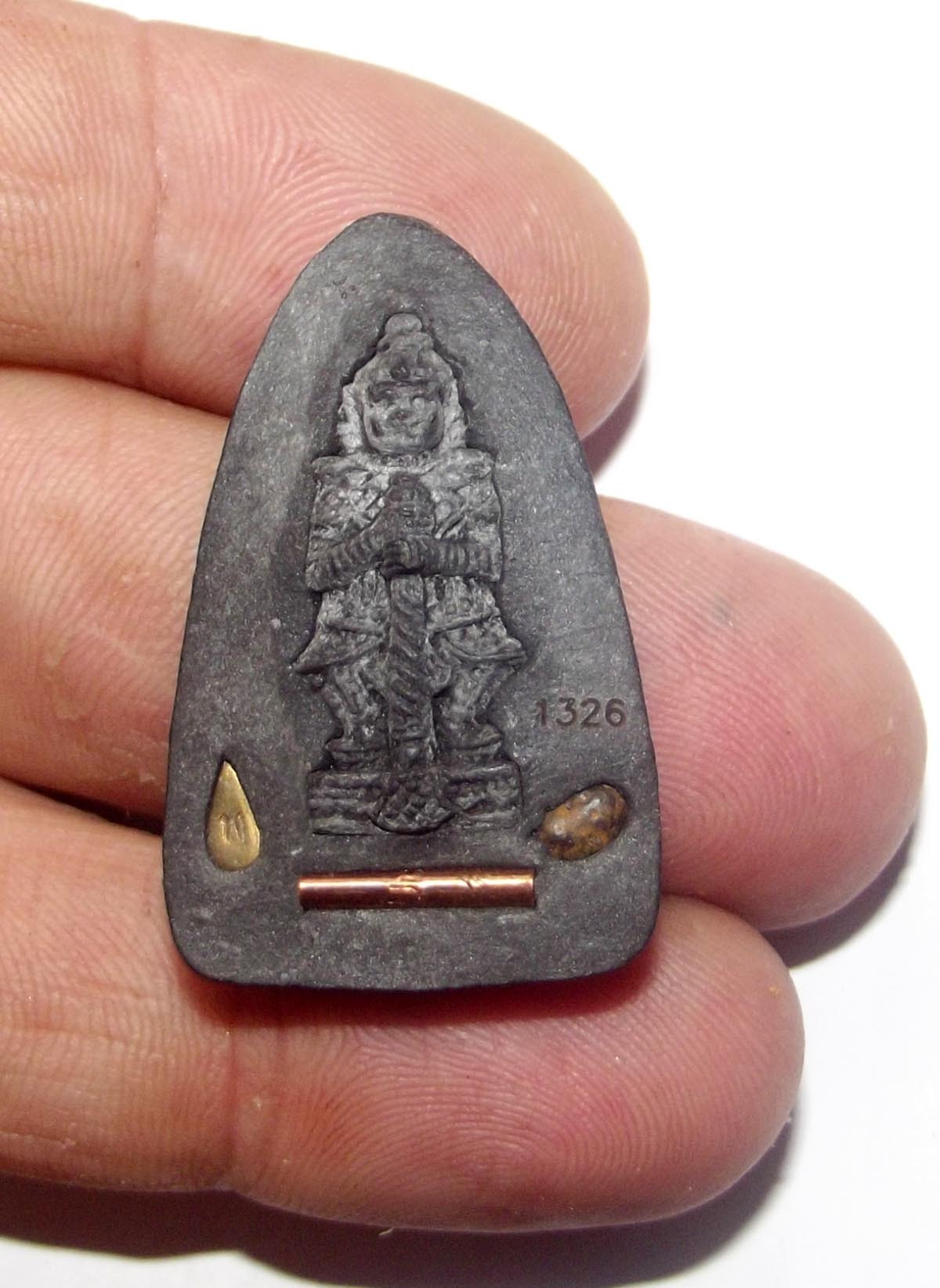 Kong Grapan and Klaew Klaad both from sacred Ingredients and from Imagery, with Luang Por Tuad on the front face. The rear face features Taw Waes Suwan asura King of the Northern Quarter of the Jadtu Maha Rachiga Celestial Realm. He commands the Denizens of that Realm, the Yaksa. He is a Multi Millionair (perhaps Billionaire or Trillionaire), and is the Deva and Patron of executive and Successful Businessmen and Moguls, and the Patron protector of the Poor who worship him will be safe from complete Bankruptcy and at least have anough food and money to pay the bills. he prevents money gained from being lost again or flowing out of the savings. He protects from Black Magic and Demons, Backstabbers and Thieves.

In the Deva Bhumi Kampira (Ancient Vedic Grimoire), it is said that Taw Waes Suwan practiced ASusterities for many Thousands of Years, and was given Blessings from Pra Isworn (Shiva). He was blessed with the gift of being the Lord of Wealth. It is said that he (or She) who wishes to receive much Honor and Status and Infuential Power, Riches and teasures. should Pay reverence and make Offerings to taw Waes Suwan. 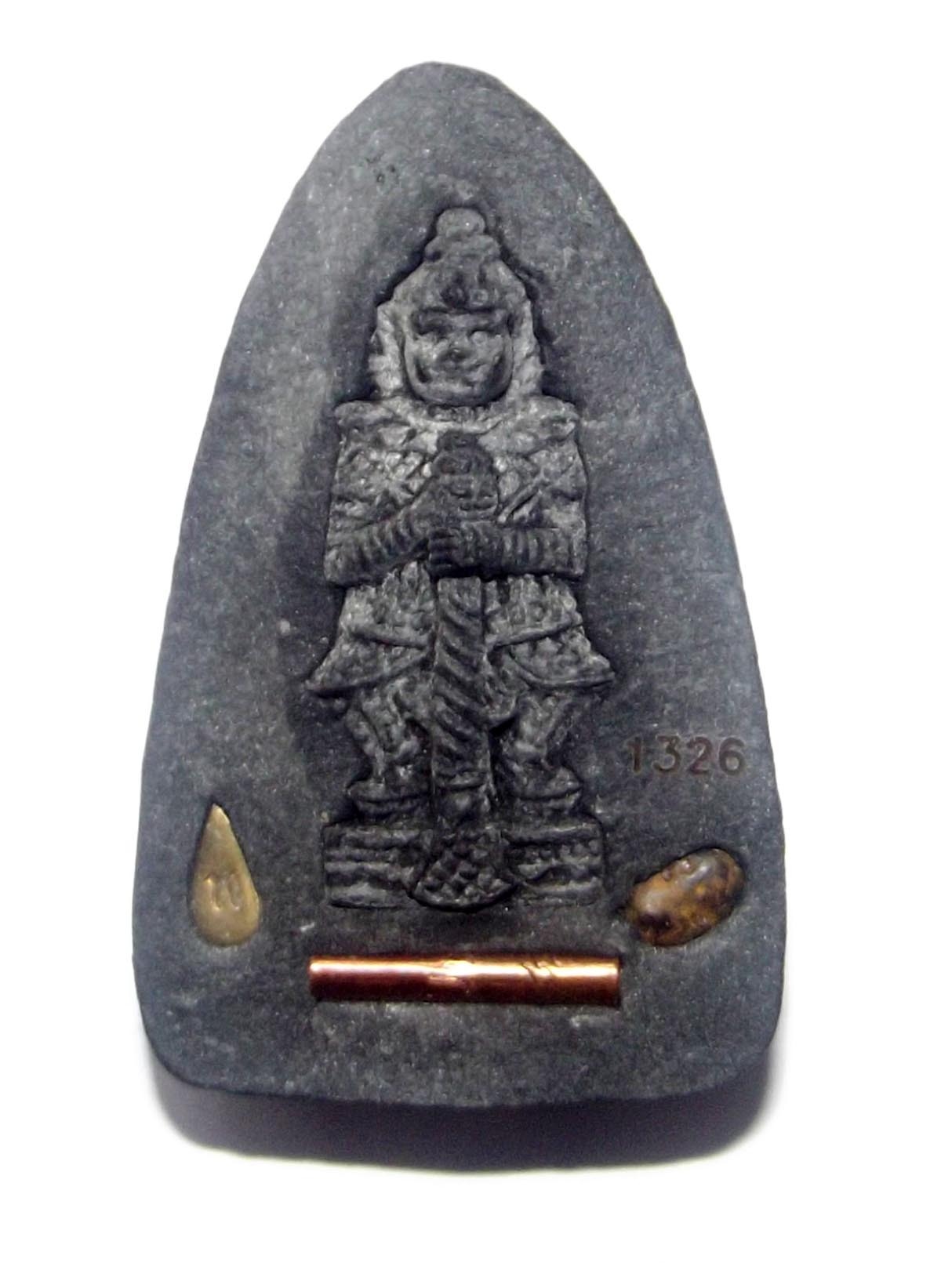 The rear face has a numbered code on it (different with each amulet), a serial 'Met Code' of Sacred Metal (Enchanted Teardrop Slug) wuth the Thai letter พ (P) for 'Prohm', a Takrut Tong Daeng (Sacred Copper Yantra Foil with Magic Spell inside) and a piece of Saming Hlek (Khee Lek Lai) inserted. 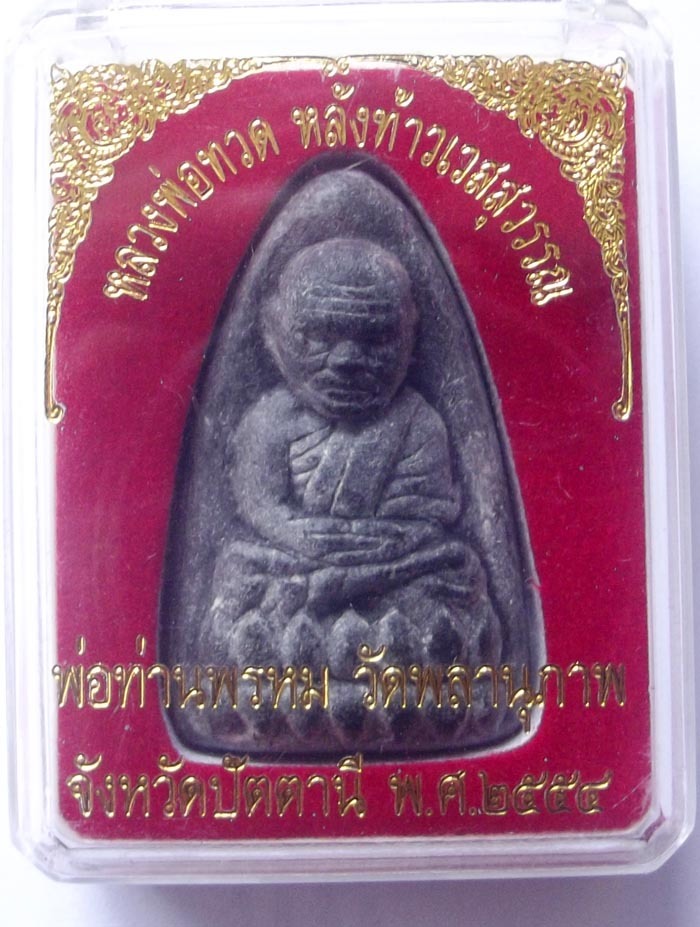 This amulet is thus from Imagery, Sacred Ingredients and Holy Empowerment/Incantations, is a Safety and Riches amulet. In addition to the empowerments of Por Tan Prohm, his Colleague in Sorcery 'Por Tan Khiaw' of Wat Huay Ngo was also present and gave his share of Empowerment to this edition. 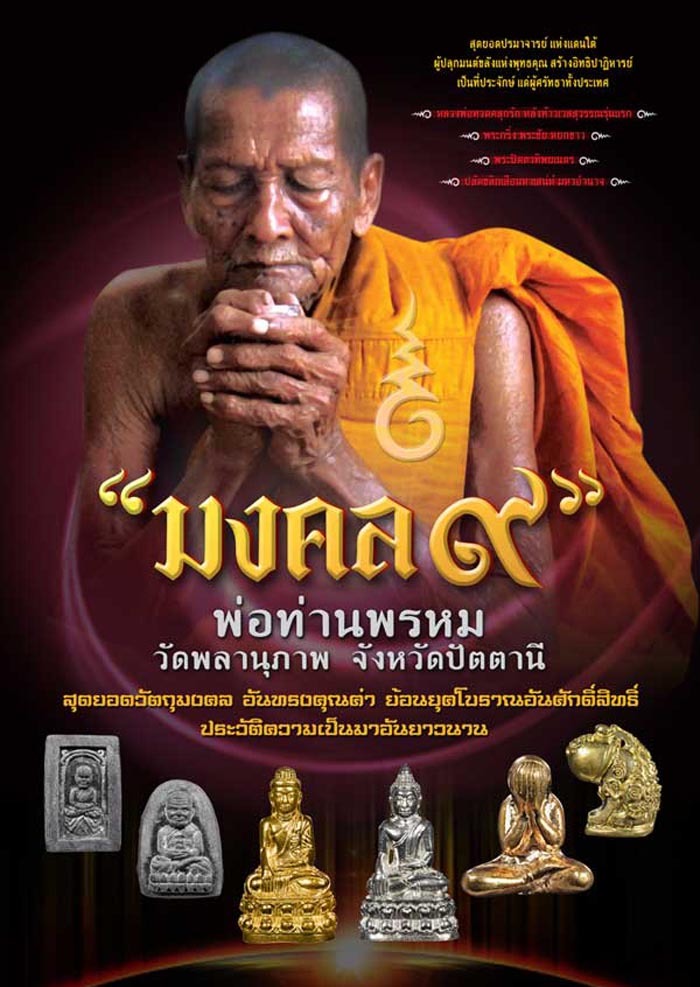 Released in the Mongkol Gao (Nine Blessings) Edition in 2554 BE 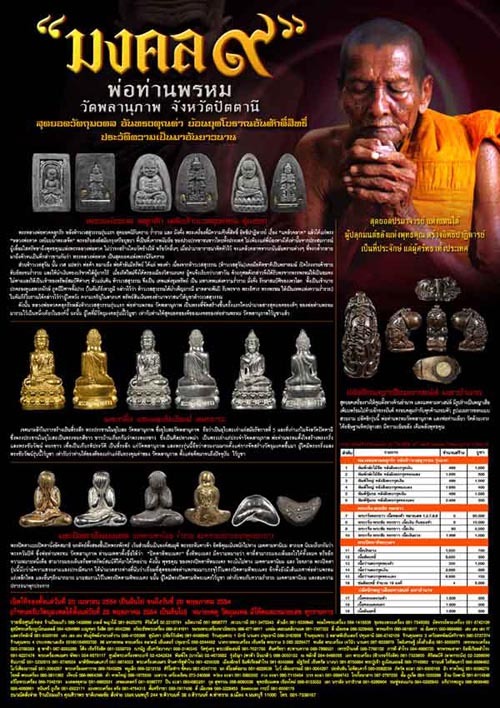 Por Tan Prohm is Highly Revered, and his amulets are known for their Extremely High Quality and Magic Power, and also for the fact that they are made and documented by all High End Collector Communities and in respected Publications. They are never cheap, and always scarce soon after release. and enjoy the luxury of sure sell-out, fast increase in value, and a high demand and following with the Ultra Collectible and Powerful (and beautiful!) amulets of Por Tan Prohm, an Ancient Thai Master Guru Monk of the Southern Sorcery Schools, and one of the Last Remaining Surviving Guru masters of his Generation. 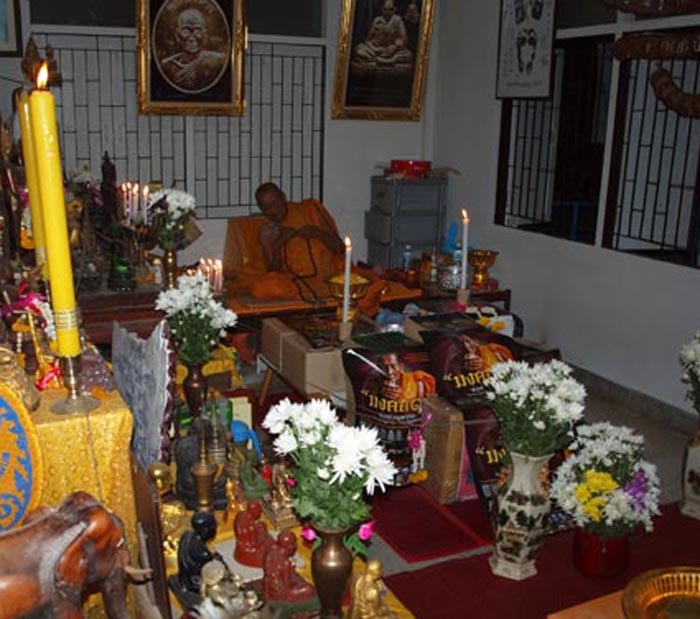 Above; Por Tan Prohm giving one of the various Solo Empowerments performed on these amulets.

The amulets received all and more than the expected Blessings, as can be witnessed in the below pictures of the Empowerment ceremony. 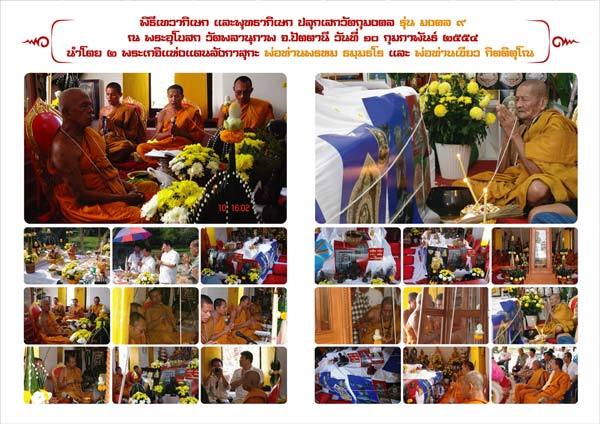 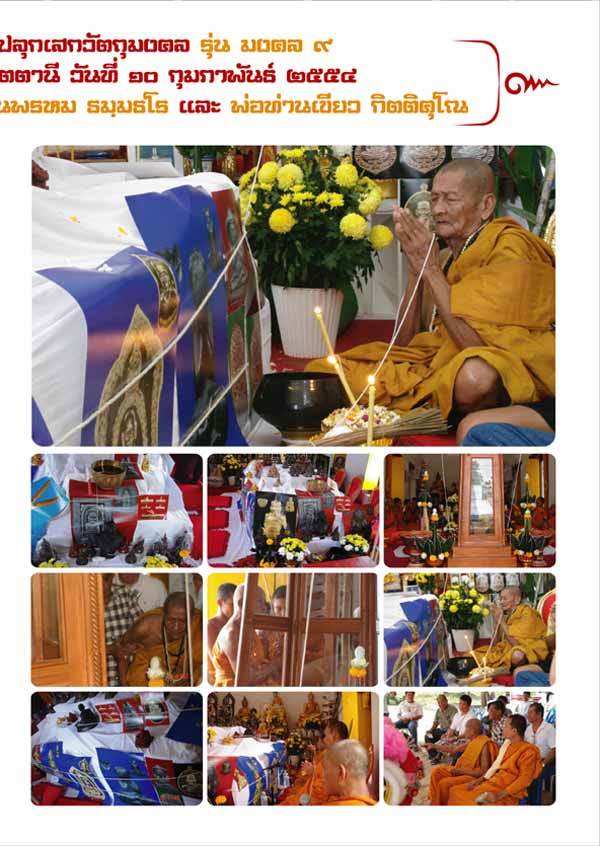 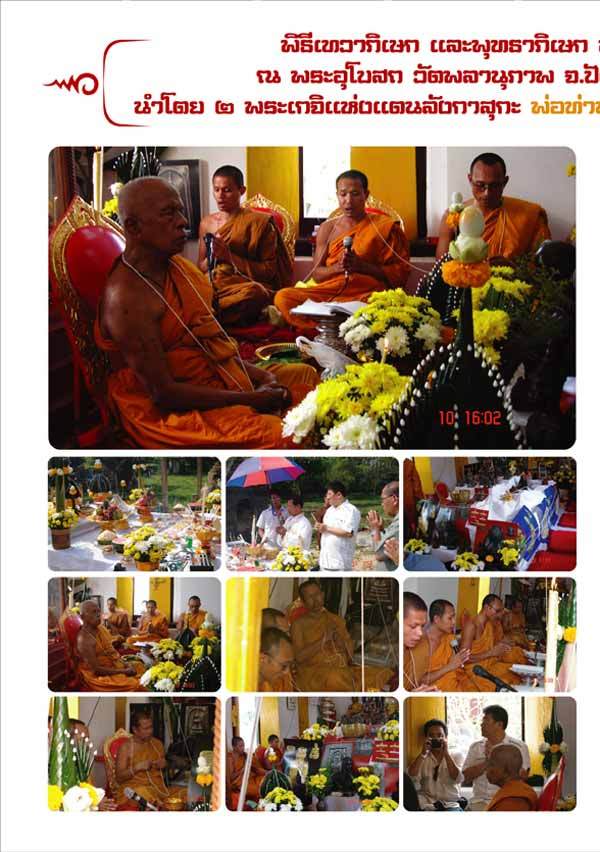