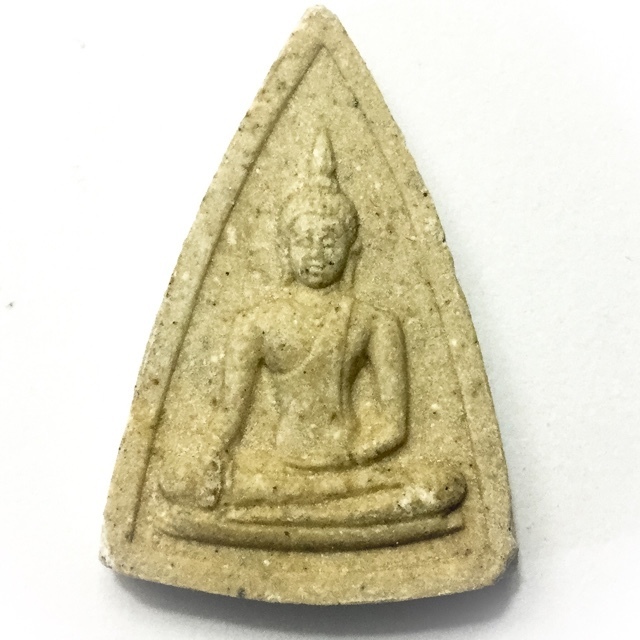 The Somdej Pra Put Rasamee YSS 2533 BE amulet was created and Blessed by Somdej Prayan Sangworn, the Royal Sangkaracha Monk of the Royal State Temple of Wat Bovornives, in Bangkok.

Made from the ubiquitously fine Muan Sarn Sacred Powders for which all Royal Sangkaracha Monk Comissioned editions are known for, this amulet is extremely recommendable for men women or children to wear, with purely Buddhist Blessings, from one of the Purest and most Diligently Selfless Monks of the last century, with additional blessings by great masters of the Era. 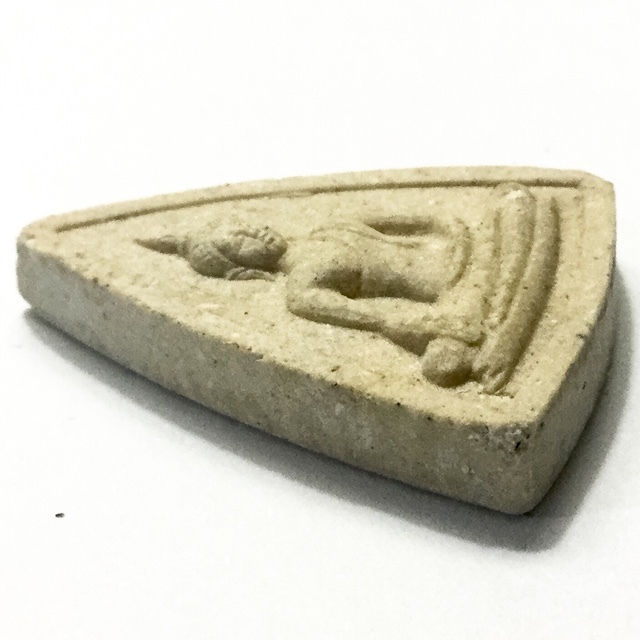 His legacy and amulets remain for the faithful to keep as heirlooms and Buddhanussati. All editions of the Sangkaracha are now becoming ever rarer since his passing away, and tis particular edition is highly preferred, for the sacred Blessings from the Sangkaracha given in solo empowerment before the ceremony. 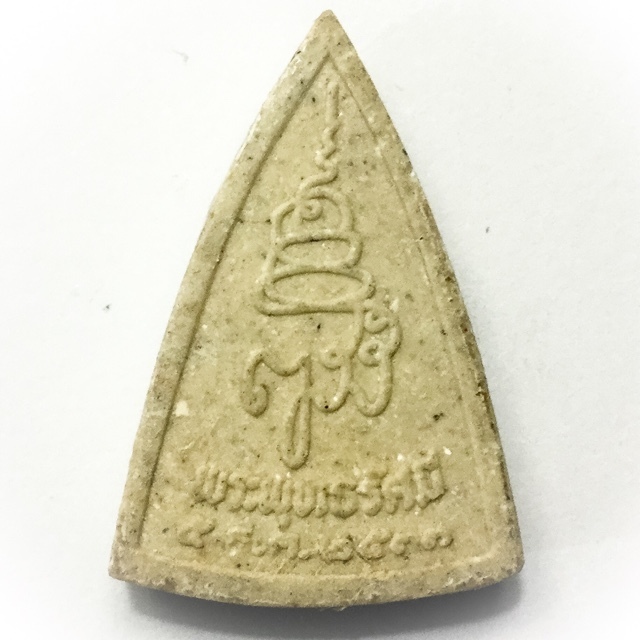 The amulet still has the original transparent pouch which it was distributed to the devotee with all those years ago, which has the commemoration of the edition printed in golden lettering on its surface. 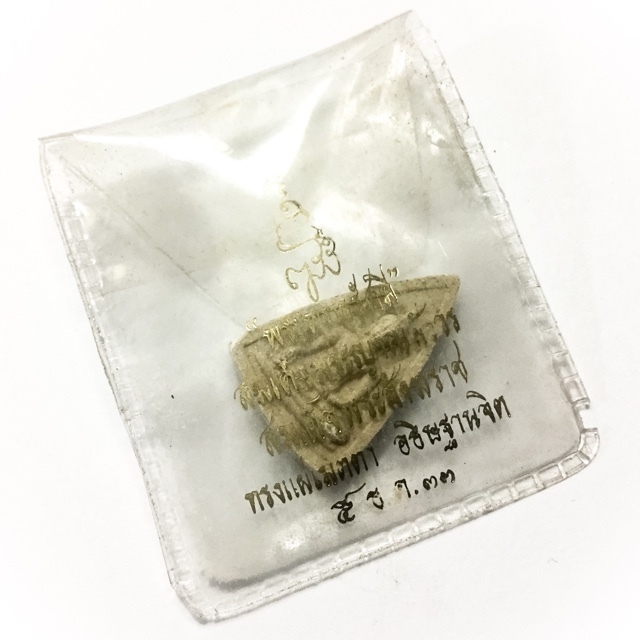 The front face features Somdej Pra Put Rasamee (Buddha with Aura of Light), seated in Mara Vichai (subduing Mara) posture, in Meditative Blissful repose. The Buddha is seated within a triangular Aura of light, which forms the border of the amulet. 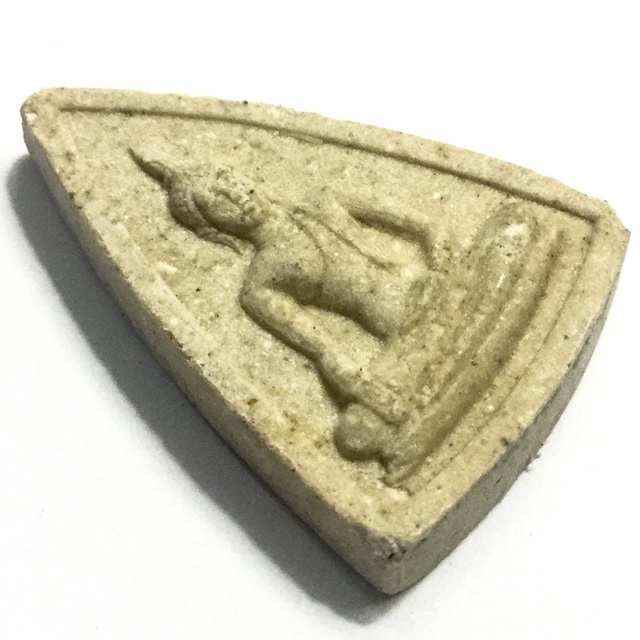 The rear face has the Yant Ongk Pra with Agkhara inscription by the Sangkaracha Monk, and the words 'Pra Put Rasamee 5 Tanwakom' (พระพุทธรัศมี 5 ธ ๒๕๓๓)., which means '5th December 2533 BE'. The 5th December is the birthday of His Royal Majesty King Bhumipol Adulyadej, and this Blessing ceremony was to coincide in celebration and Respect for his Majesty. 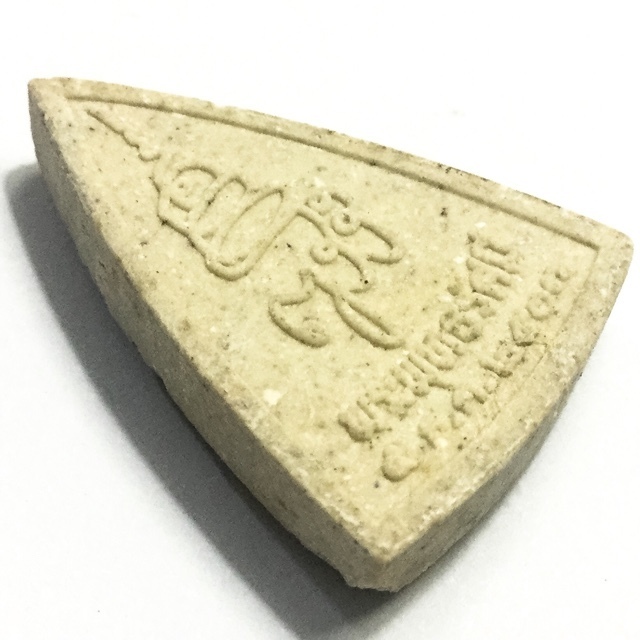 This edition was Blessed in the year 2533 BE, at Wat Bovornives, the amulet is a commemorative votive tablet of this Sacred Historic Ceremony. The Sangkaracha, is now Deceased (2557 BE), and since this event, his amulets have been both snapped up and are becoming now ever rarer to find any. 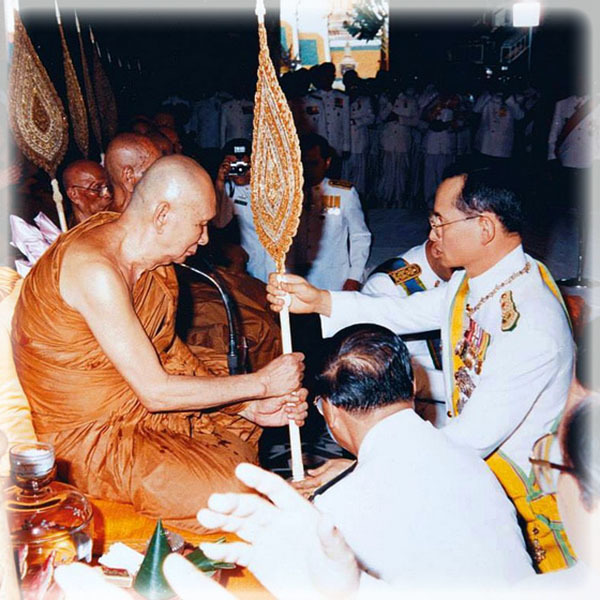 Editions that are pre-2550 BE are especially preferred and revered, and this particular edition is rare to see since the passing of this great monk. 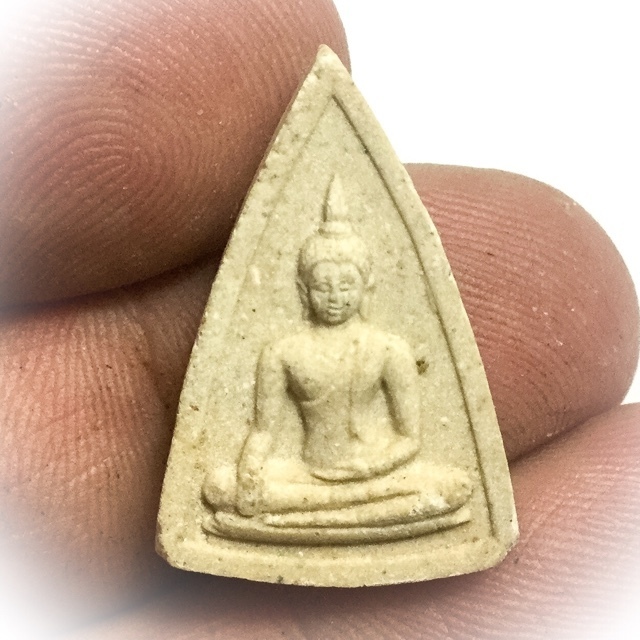 Somdej Prayan Sangworn, or endearingly known as 'Pra Sangkarach', was the Head Monk of the Royal Palace and Administrating Monk at Wat Boworn also. He was the highest Official Status that a Monk can attain in Thailand. 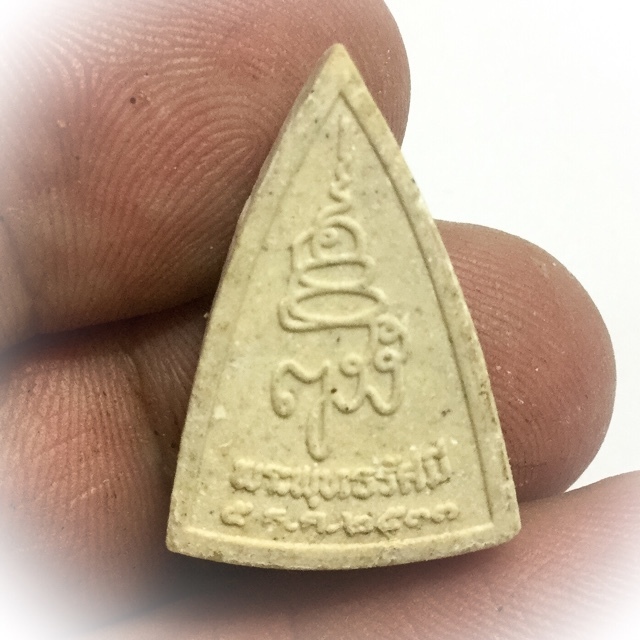 He passed away at the ripe age of 100 years and 21 days Years old in 2557 BE. His amulets and especially those in his image, are now becoming ever more in demand, since his passing. His Trajectory of Purity and Auspicious Actions throughout his life, have led to his image becoming a very Sacred and Revered image in Thailand. 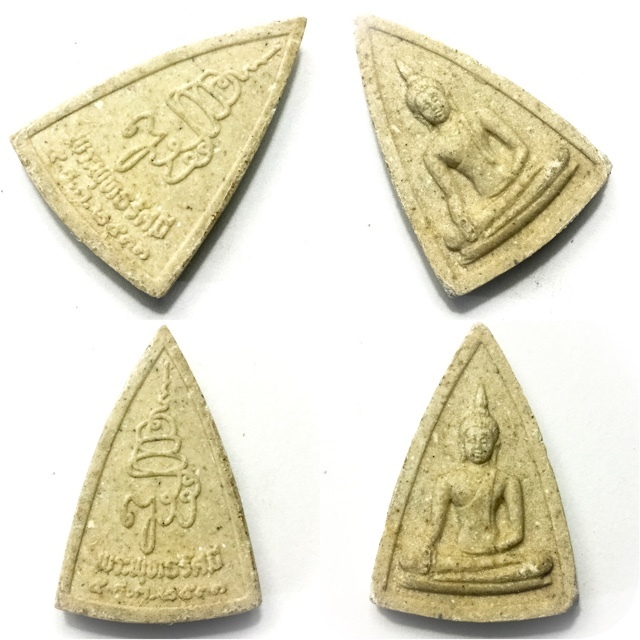